I was somewhat sidetracked this week in attempting to set up SSL support for the blog, something that’s been on the backlog for a while and is undeniably a good thing and clearly signalled as such last year by Google.  What I found was that adding basic SSL support to the setup was relatively straightforward.  Percolating it through properly to all the material published here over the last two years almost was a whole different matter and as yet incomplete. I’ve left both http and https access enabled for now while I try to work through the remaining https issues.  I thought it would be useful to outline the process I followed in case it helps anyone.

SSL support actually comes standard in the Ubuntu 14.04 Apache web server package being used to support the blog. You need to enable the corresponding module using a2enmod followed by an Apache restart to recognise the change as follows:

At this point, you should be all set to follow the standard DigitalOcean recipe for creating an SSL certificate on Apache. How I did that is covered in the next section.

Namecheap are a competitively priced SSL certificate provider that offer neat integrated chat support that I used during the process to resolve a couple of issues.  They offer approx £6/yr “PositiveSSL” certificate signed by Comodo which are ideal for securing a personal blog.  In order to get started you need to first create a private key and certificate signing request (CSR) using openssl as shown below. You get asked a bunch of questions to populate the CSR.  One of them is country name.  I found out the hard way that ‘UK’ creates an invalid CSR.  You need ‘GB’ instead:

Once you have a valid CSR you submit it to Namecheap in a web form and then follow their Domain Control Validation (DCV) process.  It takes you about an hour to get a bundle of certs which you need to scp over to your target instance and then configure accordingly in the location you want the certs to reside:

Now you need to configure Apache default-ssl.conf using this recipe. In particular you need to ensure these lines are added and uncommented within /etc/apache2/sites-available/default-ssl.conf and that you follow up by running the a2ensite command and restarting Apache:

3. Getting WordPress working with SSL

Getting to this point was reasonably ok.  However, more work lay ahead to ensure WordPress (WP) behaved properly in SSL land:

Right now it’s possible to navigate to the blog entry page either with or without https.  https does basically work and is now fully enabled for admin access.  However I haven’t switched off http yet because I still need to work out how to fix up potentially hundreds of broken external image links that aren’t available in the https version.  It seems likely that I’ll need to develop a script-based approach for recursing the content, identifying the problem links and importing the corresponding images rather than (shudder) doing it by hand.

This whole exercise has highlighted one of the fundamental issues involved in maintaining your own site. Namely that there’s often a lot of work involved that isn’t to do with publication per se but relates to system administration. Certificate installation, for instance, is probably second nature to many who work in devops land. However, unless you’re doing that sort of stuff everyday you’re going to be slowed down trying to get your head around script locations and the arcane DSLs (domain specific languages) involved.

“In nearly eight years at Apple as vice president of Hardware Technologies, Johny Srouji has built one of the world’s strongest and most innovative teams of silicon and technology engineers, overseeing breakthrough custom silicon and hardware technologies including batteries, application processors, storage controllers, sensors silicon, display silicon and other chipsets across Apple’s entire product line. Educated at Technion, Israel’s Institute of Technology, Johny joined Apple in 2008 to lead development of the A4, the first Apple-designed system on a chip.”

Uber’s integration with Facebook is fairly straightforward. Over the next few days, Facebook will be updating its app so that existing Uber users can connect their accounts to Messenger and request rides from inside conversations in the app. New users can sign up for Uber from within Messenger, a potential boon to Uber’s growth prospects. (As an incentive to try ordering an Uber car through Messenger, the first ride up to $20 will be free for each customer.) 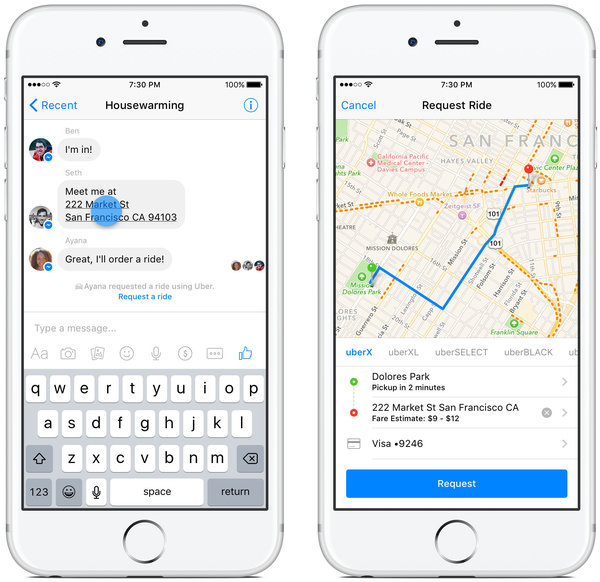 Both Alipay and WeChat Payments benefit from social features and other perks that come from being tied into their already popular shopping and chat apps. For this reason, Apple Pay is unlikely to achieve the same scale as its Chinese competitors.

the majority of mobile applications launched in China struggle to retain users. In fact, most apps don’t engage users for more than a week,

On one side, we’ve built a model of all the music we know about, that is powered by all the curatorial actions of people on Spotify adding to playlists. On the other side, we have our impression of what your music taste is. Every Monday morning, we take these two things, do a little magic filtering, and try to find things that other users have been playlisting around the music you’ve been jamming on, but that we think are either brand new to you or relatively new.”

There is another consideration that might resonate at this time of year. Algorithms don’t need to take a holiday, so they can keep on working while some of their human masters are taking a well-deserved break!

For those that do not know, Red Hat is essentially an open source outside IT department for internal IT departments. They are the internal IT’s contact for support within Linux with the customer paying Red Hat an annual fee for that service.

“Our mission, ultimately, is to have every employee inside of every company using Atlassian products every day,” says Atlassian President Jay Simons. “And when you consider that there’s more than 800 million knowledge workers around the world, that’s a pretty big ambition and it’ll take a while to get there.”

“I just thought you can’t outrun the internet. It makes no sense for us to spend the money to build and maintain an app where there’s probably applications out there that solve the problems,” she said.

“I have a Samsung RF4289HARS refrigerator.  The Google calendar app on it has been working perfectly since I purchased the refrigerator August 2012.  However, with the latest changes in Google Calendar API, I can no longer sign in to my calendar.  I receive a message stating ” Please check your email in Google Calendar website”.  I can sign in fine on my home PC and have no problem seeing the calendar on my phone.  Perhaps this is a Samsung issue, but I thought I would try here first.  Has anyone else experienced this problem and what was the solution?”

“Sounds like your fridge needs a software update to use the new API version.”

[a] “multifunction electronic chronograph [which] also receives notifications of the smartphone’s incoming emails, messages (SMS, WhatsApp) or phone calls (with caller’s name or number) as well as reminders of upcoming appointments.” This means the small LCD screen will display names and info when you get a message.

here’s what we learned in 2015: The most exciting wearables won’t look like computers. They won’t look like anything. Look down at whatever you’re wearing now. That’s the future of wearables.

The Falcon has Landed

It’s currently costing NASA $70m and change to deliver astronauts to the International Space Station and cargo can cost $10,000 a pound to get into orbit. The vast bulk of that cost is the rocket itself, which usually is destroyed in the launch.

The rocket will now be taken back to SpaceX headquarters and examined piece by piece. The hardware will be tested by x-rays and ultrasound to look for imperfections and may be fuelled up for a few static burns, if it is safe.

11 satellites deployed to target orbit and Falcon has landed back at Cape Canaveral. Headed to LZ-1. Welcome back, baby!

Accenture estimates that 20 to 30% of FTE’s are what we term agile talent (contractors, gigsters consultants, and other externals sought for their particular expertise); Deloitte estimates 30 to 40%. Our data suggests an even higher percentage in the future — over 50% of global companies surveyed plan to increase their use of agile talent. 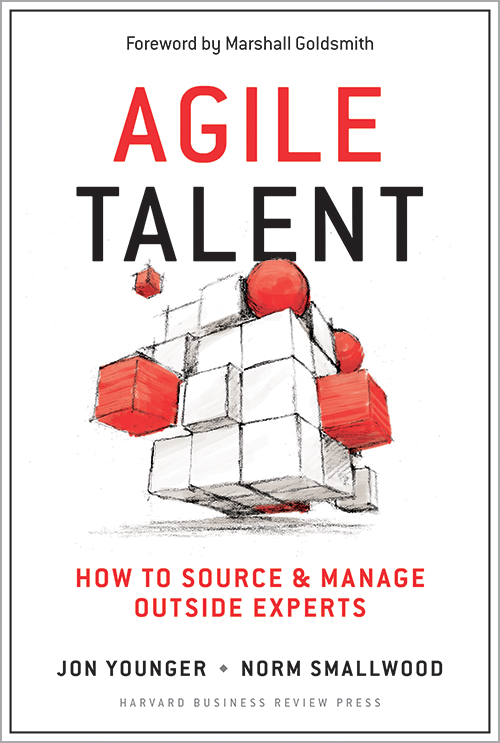 the distribution of collaborative work is often extremely lopsided. In most cases, 20% to 35% of value-added collaborations come from only 3% to 5% of employees.

You move to SF for tech and spend all your money on rent. Well, there’s nothing else here. Maybe I’ll crack and go run in circles

'SF is all about challenge, diversity, difference, change, new opinions!'.
-'I don't think SF is that great'
'Shut up! Burn him! Burn him!'

Ultimately, the reputation economy is about making money. It urges us to conform to the blandness of corporate culture and makes us react defensively by varnishing our imperfect self so we can sell and be sold things. Who wants to share a ride or a house or a doctor with someone who doesn’t have a good online reputation? The reputation economy depends on everyone maintaining a reverentially conservative, imminently practical attitude: Keep your mouth shut and your skirt long, be modest and don’t have an opinion. The reputation economy is yet another example of the blanding of culture, and yet the enforcing of groupthink has only increased anxiety and paranoia, because the people who embrace the reputation economy are, of course, the most scared. What happens if they lose what has become their most valuable asset? The embrace of the reputation economy is an ominous reminder of how economically desperate people are and that the only tools they have to raise themselves up the economic ladder are their sparklingly upbeat reputations — which only adds to their ceaseless worry over their need to be liked. 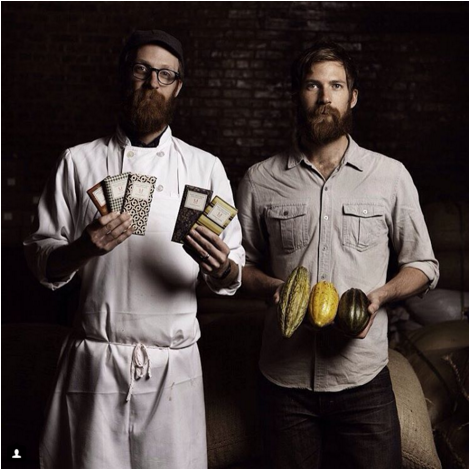 Myth 1: Screening saves lives for all types of cancer

Myth 2: Antioxidants are good and free radicals are bad

Myth 5: The human population is growing exponentially (and we’re doomed)

These identity categories that we seem so fond of, which we believe make us more real, or more authentic human beings, are actually weighing us down. They limit us, make us immobile, and prevent us from moving forward as a united human race.

the country’s transition to something resembling democracy has come faster than anyone dared expect. For that, Myanmar wins the prize.