At the end of 2014 I posted my themes for that year which covered Android, Wearables and the Internet of Things, Smart Retail, Automation and Inequality. For the last roundup of 2015, I thought I’d look back at some of the key themes covered in the blog over the past year.  Looking ahead, it seems they will all remain very much at the forefront of 2016’s links namely: i) Artificial Intelligence, ii) Machine Learning, iii) Uberisation, iv) Digitalisation, iv) Health Wearables:

To finish off on a personal note, I updated and re-ran my Docker instance holding my  end of year word count for my weekly posts across the year and here it is.  Once again, if you’re interested, the source code that generated this and the other graphs is available here: 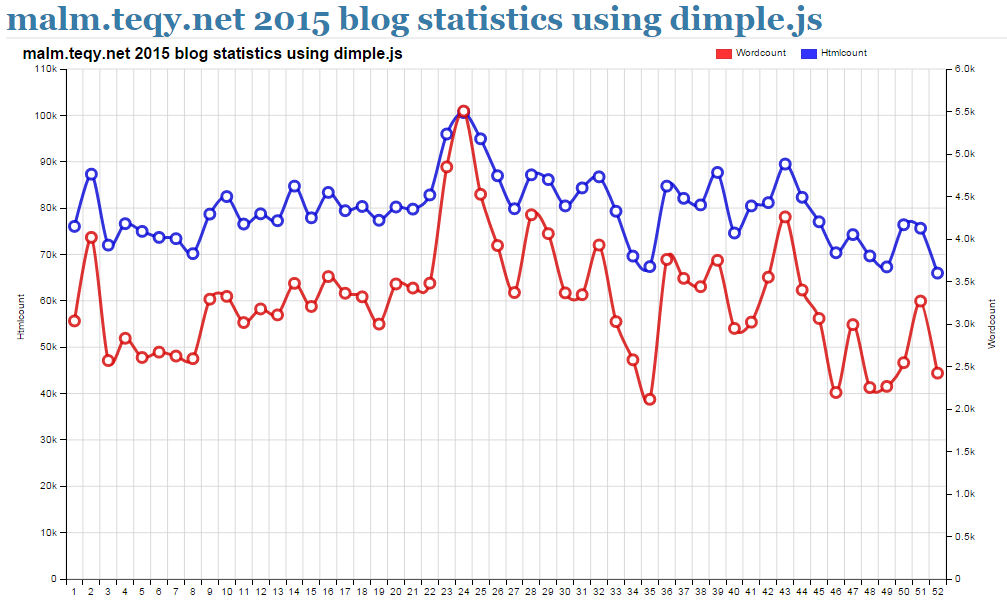 QiKU [is] a brand born with the partnership of Qihoo 360 and Coolpad.  [You] could say this is an ideal collaboration as former is the global internet giant with expertise’s (sic) in software technologies while the latter is a master in smartphone manufacturing.

“There’s a lot of distrust of top executives who can actually implement stuff that is more of a software and services offering,” said one person familiar with the company’s inner workings. “It’s still ‘we know how to sell boxes, we sell boxes’.” … Growth in handset sales is slowing as the smartphone market matures, and without its own distinctive software, content and services, Samsung has little to differentiate itself from other Android phone makers selling similar devices at lower prices.

How many SMS did you get last night?  Zero? …  This used to be the most profitable night of the year for the mobile operators globally. (SMS costs almost zero) … Keep ahead of the game and don’t let yourself become irrelevant in 16

If you were hoping that you could regularly rely on encrypted messaging services to keep your discussions private while you’re in China, you’re about to be disappointed. The country has passed an anti-terrorism law that requires companies to hand over encryption keys when officials want to spy on someone’s communications.

with both of these companies working to create messaging apps that don’t restrict people to communicating with other humans, the combined force could help messaging services become the central hubs of consumers’ digital lives.

In regard to social media, Iran has been moving in two parallel directions. It has mastered data-mining techniques, enabling it to find potential troublemakers who use the web as a tool for stirring political unrest. This expertise has proven effective, as attested by the tracing and capturing of several cells of online political activists in past years. Iran has also established several organizations to produce online content and fight the political opposition’s activities on the web.

An example of a startup here is Thingchain, which is applying a bitcoin-inspired cryptosystem to multiple use cases, including proving the provenance of goods and who owns them.

The key assumption in this paper is that consciousness is a property of certain physical systems, with no “secret sauce” or non-physical elements.  Instead of starting with the hard problem of why an arrangement of particles can feel conscious, we will start with the hard fact that some arrangement of particles (such as your brain) do feel conscious while others (such as your pillow) do not, and ask what properties of the particle arrangement make the difference

there was a moment in history when neuroscience, psychiatry, computer science, mathematical logic, and artificial intelligence were all one thing, following an idea first glimpsed by Leibniz—that man, machine, number, and mind all use information as a universal currency. What appeared on the surface to be very different ingredients of the world—hunks of metal, lumps of gray matter, scratches of ink on a page—were profoundly interchangeable.

If a small number of ruling AIs were to attain world domination, it’s just possible they might be able to coordinate to avoid mutual destruction. But when millions of AIs are fighting for market share, the coordination problems involved in long-term sustainability become intractable. 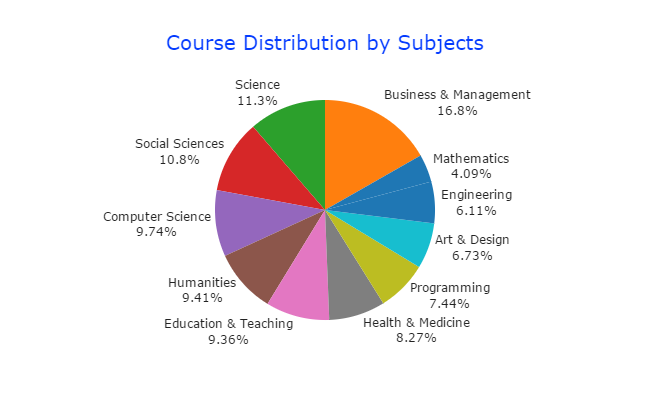 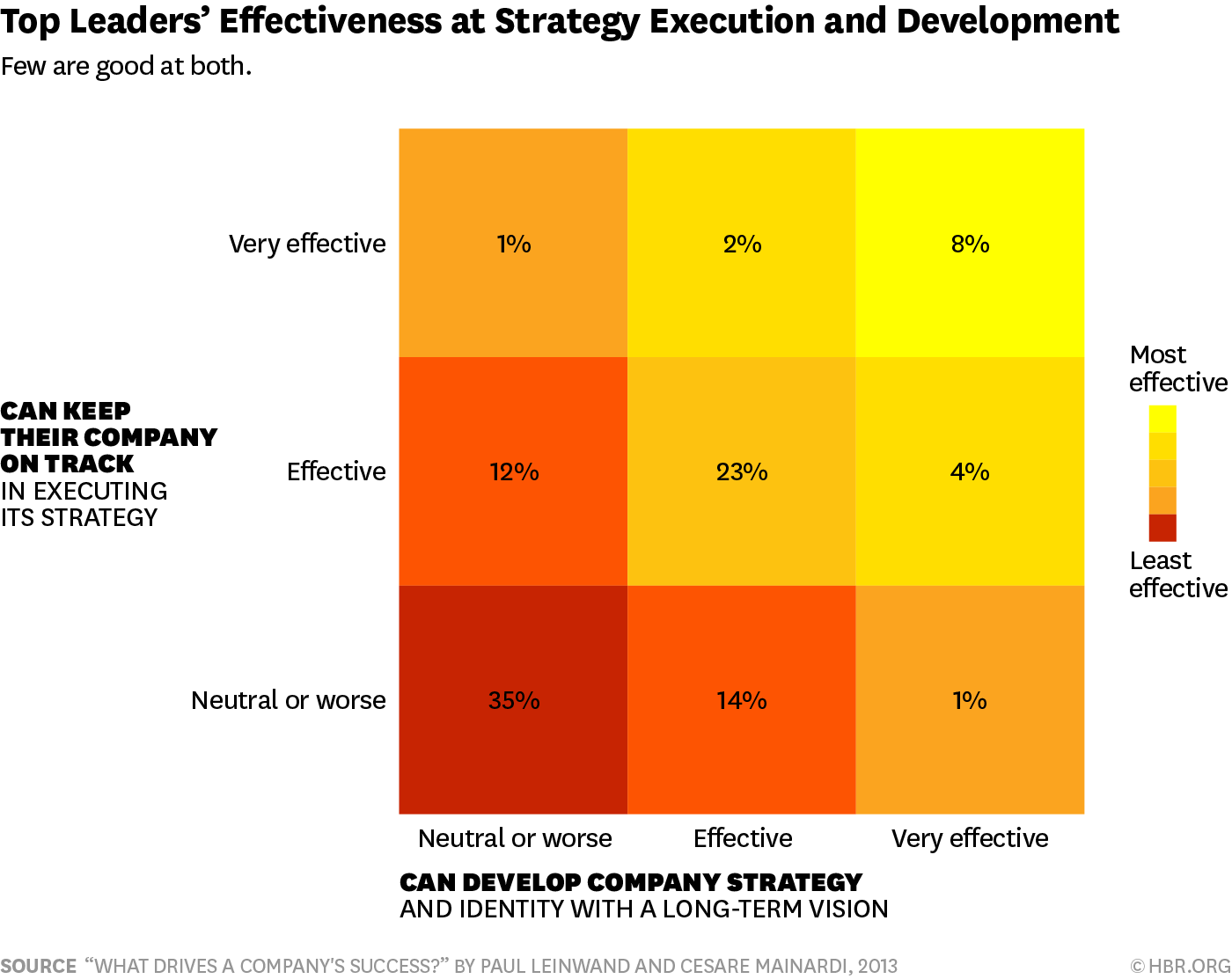 Mindfulness is the perfect awareness technique to employ when a conflict arises — whether it’s at work or home. It allows us to override the conditioned nervous system with conscious awareness. Instead of attacking or recoiling, and later justifying our reactions, we can learn to stay present, participate in regulating our own nervous system, and eventually, develop new, more free and helpful ways of interacting. 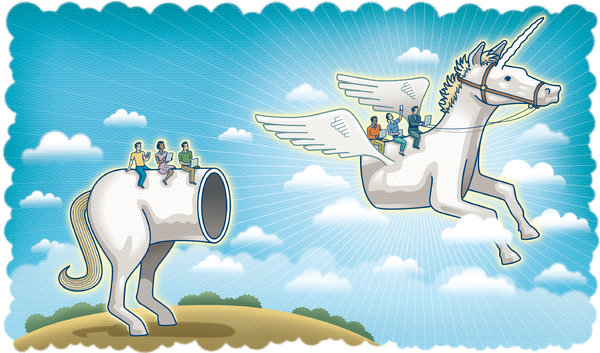 Compared to a condition lacking hierarchy, cooperation declined in the presence of a hierarchy due to a decrease in investment by lower ranked individuals. Furthermore, hierarchy was detrimental to cooperation regardless of whether it was earned or arbitrary.

the real reason we can’t have nice things online–or anywhere–is because there is less distinction between us and them than many of us would care to admit. … We are all responsible for what the internet becomes. We are all responsible for how we act, what we say, the content we choose to amplify, and the content we choose to ignore. 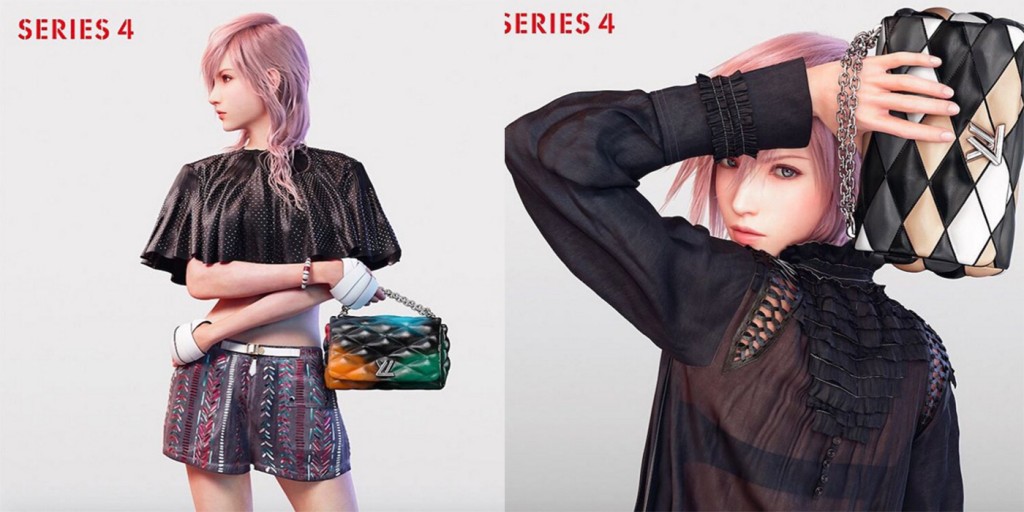