Tim Urban of WaitButWhy.com is a well-known admirer of Tesla CEO and SpaceX Founder Elon Musk.  His latest post is an epic article on “how and why SpaceX will colonize Mars”.  It reads like science fiction but his post is based on extensive personal interviews with Musk and meticulous background research on SpaceX’s Merlin engine technology and Falcon 9 rockets.  The key to keeping costs down is ensuring SpaceX can successfully create a reusable launch system:

For Urban the analogy is with the creation of the New World from the perilous landing at Plymouth Rock to the fanning out across the West.  Mars today is as outlandish a proposition as the unknown American landmass must have seemed in the 15th century.  The business plan for SpaceX’s colonization of New World 2.0 on Mars is essentially built on a reverse engineering of that history.  Whether you agree with it or not, it’s an inspiring and thought-provoking read:

Today, no one is talking about Mars, and very few people think of Mars as a relevant part of the near future. But unless I’ve missed something big or something unexpected happens, in about 10–20 years,people will start going to Mars. You could go to Mars in your lifetime. Crazy things are on the horizon. 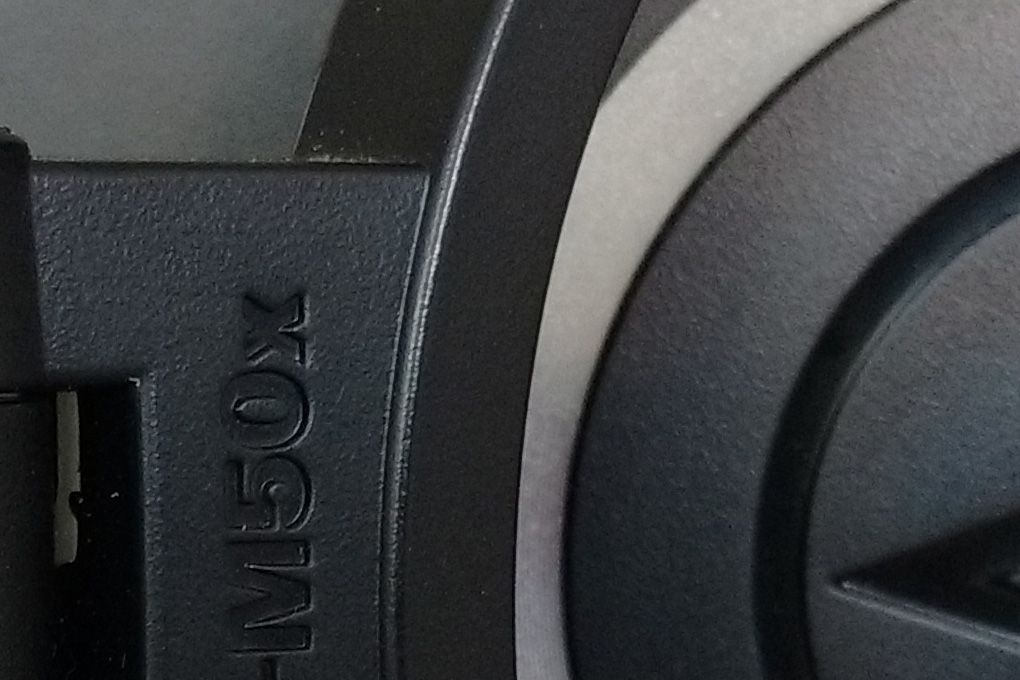 Independent research platform Wristly asked around 1,000 respondents whether they were using the contactless payment system on their Watch, 80 per cent of whom said they were. Around 9 per cent said they preferred to pay using their iPhone 6 or 6 Plus – the only compatible iPhones at present.

“We build our own software and hardware using silicon from vendors, relying less on standard Internet protocols and more on custom protocols tailored to the data center”

“Google’s current setup, the so-called Jupiter network, has 100x more capacity than its first-gen network and can deliver a stunning 1 petabit/sec of total bisection bandwidth. The company says this kind of speed allows 100,000 servers to read all of the scanned data in the Library of Congress in less than a tenth of a second.”

“Even Nexus devices, which Google has the most direct control over, will have to wait until a September release for an update to the insufficient Stagefright patch. This lag time between having a fix in hand and distributing it to the user base is simply too slow to be reasonably safe”

The updated guidelines remove the restriction from an OEM to ship its devices with Google+, Google Play Books, Play Games, and Newsstand pre-installed. Instead, users who want these apps on their device can always head over to Google Play and install them manually. 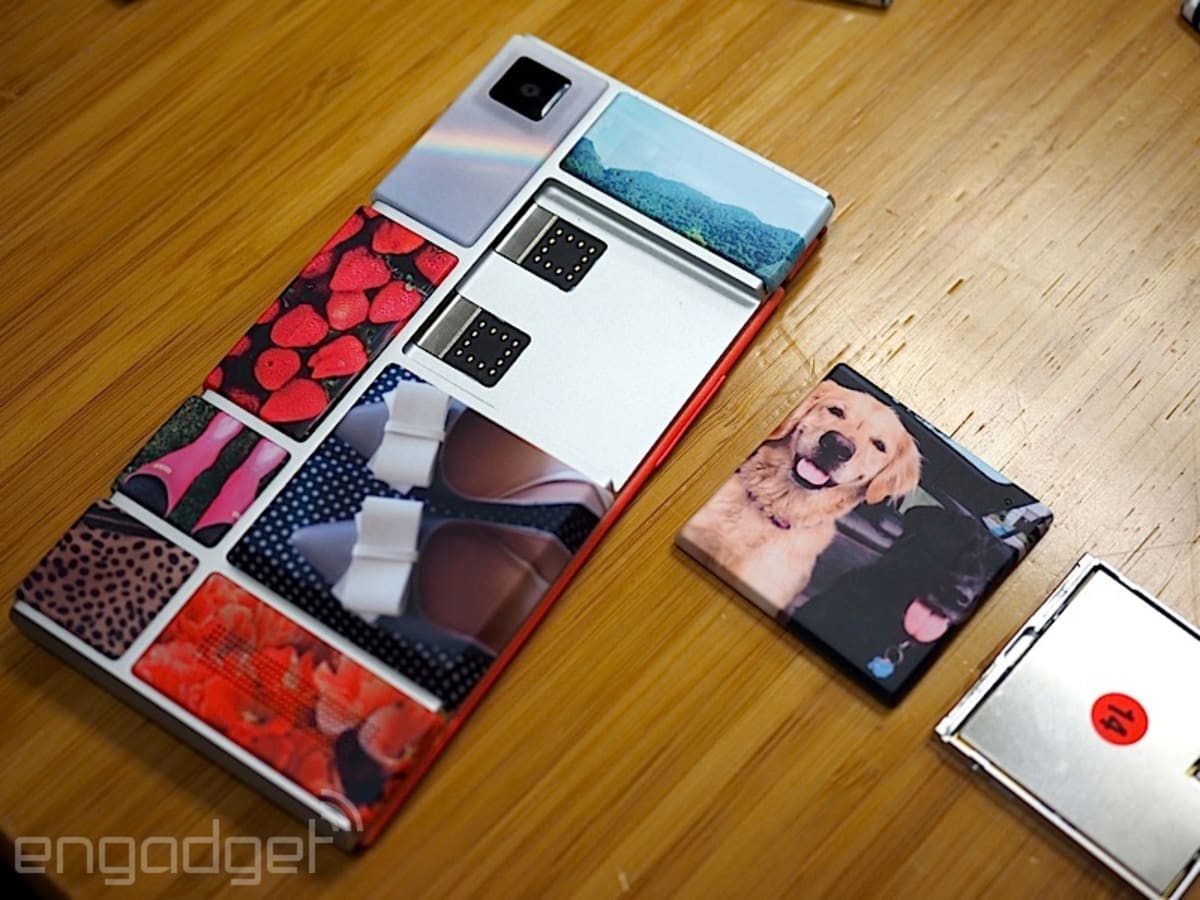 Social and mobile have fundamentally altered attention. Platforms for self-expression and communication are the largest and most important media companies of the millennial age, dominating share of attention and engagement for young people. And the behavior of the young is predictive of the future. Facebook, YouTube, Twitch, Tumblr, Snapchat, Reddit, WhatsApp, Instagram, Vine and YouNow were all catalyzed by teen use first, and later spread to older age groups. If you want to know which companies to bet on, just follow the attention.

“We define Time Watched as the aggregate amount of time that people spend watching live broadcasts on iOS & Android. As of last week, we’re seeing over 40 years of video watched per day.”

“the group dumped 9.7 GB worth of data onto the Dark Web, a semi-anonymized corner of the Internet only accessible using a special Tor browser and Onion router. The data set appears to include account details and log-ins as well as credit card and payment transaction details.”

In the wake of Tuesday’s revelation that up to 15,000 of Ashley Madison’s would-be philanderers might work for the United States government or military, I want to add yet another: “You are a government employee and you were too stupid to create a new email account when you registered on a website for cheaters.”

WeChat reveals what’s possible when we take a mobile-first approach to platforms, portals, social networks, and brands. The question isn’t about how to replicate the same model elsewhere, or about why it wouldn’t (or would) work in the United States. The question we should ask, I believe, is how can every business rethink its model from the ground up, so it leads and not lags behind mobile?

OnePlus and Xiaomi are betting on an untested business model. They both aim to sell handsets for almost no profit, to gain market share and edge out competitors like Samsung. After that, they hope to earn the bulk of their profits off of other things they sell to these smartphone users. 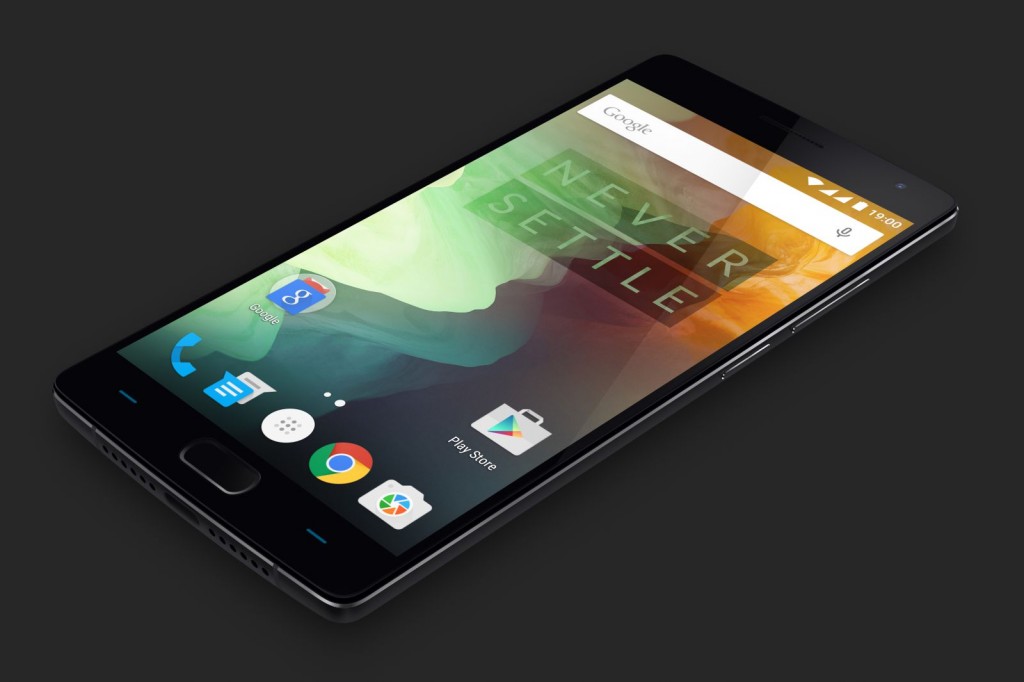 Software is where the last era of entrepreneurs focused because of how nimble it is. They can quickly scrap ideas and rebuild, experiment and iterate. But with crowdfunding, lean startup principles and the YC alumni network, the same can be done with atoms, not just bits.

With the updated app and Tile if happen to lose your phone, you can double-press the “e” on the Tile and if the app is running in the background, the phone will start playing a little tune. … The company also has a new site to help folks find their lost items so they’re no longer dependent on an app. Perfect for when you lose your Tile and your phone. 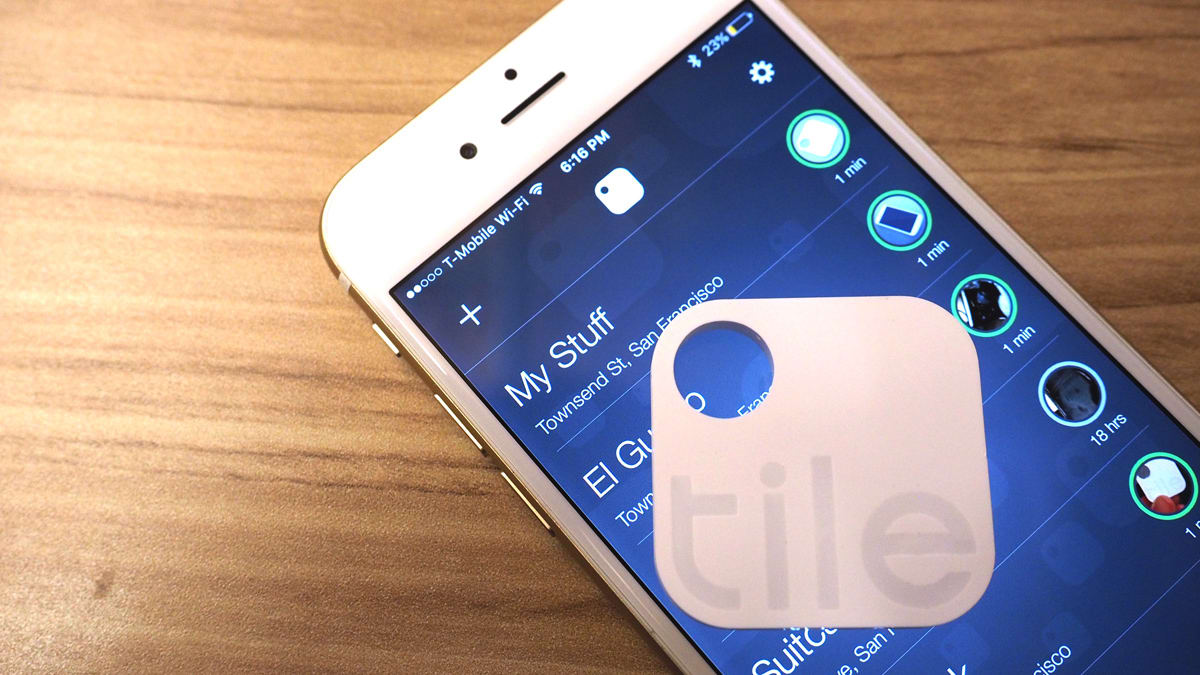 Microservices represent a new organizational model as much as a new architectural model. 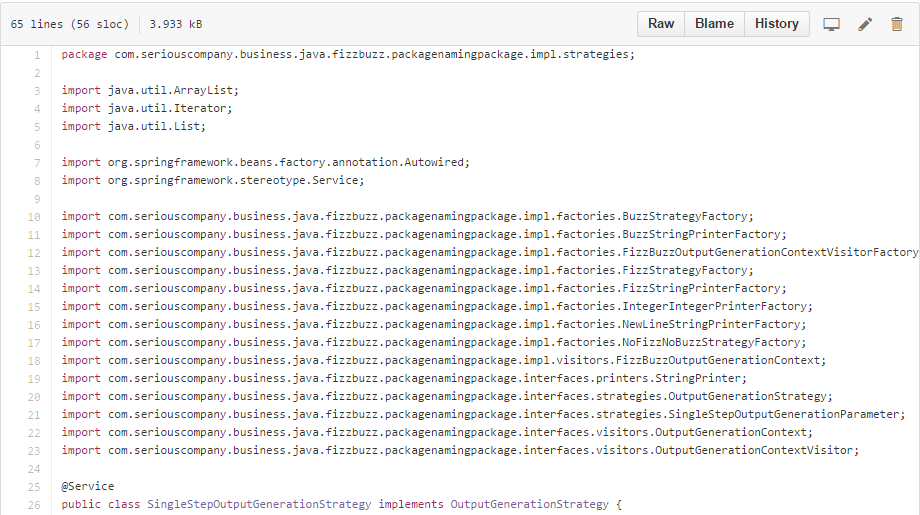 “The best advice I can give clients is to pick the team they want to work with for the next few years. All the rest will fall into place if you have the right relationship.”

The current method – guest posting on reputable blogs to drive traffic back to your site, grow brand awareness, and perhaps earn some links along the way – has been dying out for quite some time. … as people become increasingly numb to content and search engines increasingly smart, it’s harder and harder to rise to the top.

If you look at what is actually occurring in terms of online hate mobs, the harassers are often not anonymous at all — they are well known to the public and yet they get away with what they do because ultimately there is a lack of accountability.

An ancient whistling language that sounds a little like birdsong has been found to use both sides of the brain – challenging the idea that the left side is all important for communicating. … The whistling language is still used by around 10,000 people in the mountains of north-east Turkey, and can carry messages as far as 5 kilometres. 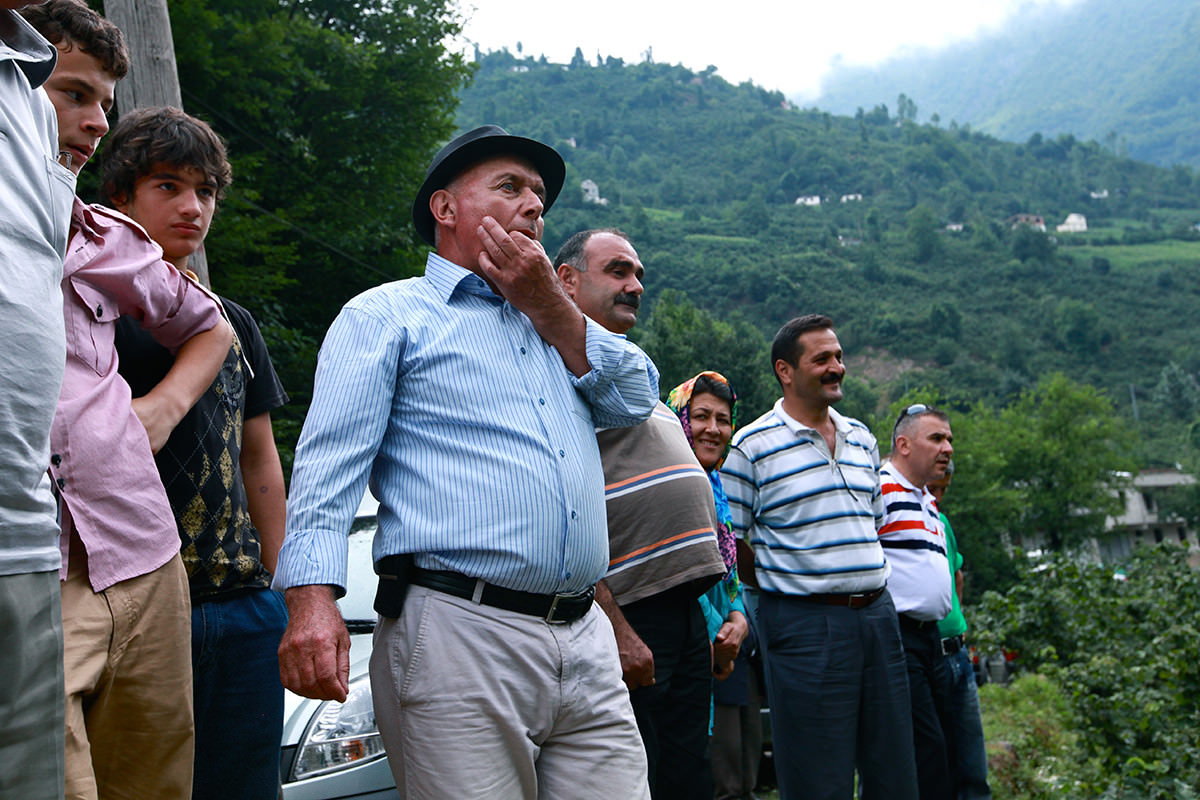 1) Time passes much more quickly than you realize.
2) If you don’t take care of your body early then it won’t take care of you later. Your world becomes smaller each day as you lose mobility, continence and sight
3) Sex and beauty fades, but intimacy and friendship grows
4) People are far more important than any other thing in your life. No hobby, interest, book, or work is going to be as important to you as the people you spend time with as you get older.
5) Money talks. It says “Goodbye”. If you didn’t plan financially for your old age when you are young you will wish you had.
6) Any seeds you planted in the past, either good or bad, will begin to bear fruit and affect the quality of your life as you get older for the better or the worse
7) Jealousy is a wasted emotion. People you hate are going to succeed; people you like are going to sometimes do better than you did. Kids are going to be smarter and quicker than you are. Accept it with grace.
8) That big house you had to have becomes a bigger and bigger burden even as the mortgage gets smaller. The cleaning, the maintenance, the stairs, all of it… becomes less attractive every day. Your possessions own YOU.
9)  You will badly regret the things you DIDN’T do far more than the things you did that were “wrong” — the girl you didn’t kiss; the trip you didn’t take; the project you kept putting off; the time you could have helped someone. If you get the chance – do it. You may never get the chance again.
10) Every day you wake up is a victory.