Pick of the Year – Take Five

Looking back over the year and 36 separate round up blog posts, it’s difficult to try and choose five topics for especial highlight in terms of the extent to which they have been covered here but also in terms of relevance to the wider technology industry into 2015.  Here’s the final selection together with links to relevant posts in this blog over the last year.

Android, China and the Rest of the World

Android has continued expanding its footprint during 2014 and doubtless will continue to do so across the world in 2015 fuelled by cheap Android One handsets running Lollipop.  However, all is not quite so rosy once you look a little deeper.  Few OEMs are making any real profit from shipping Android handsets which are slipping into fast moving consumer goods (FMCG) territory with ever decreasing shelf life. Arguably no-one other than Google with their expanding closed source GMS layer is actually able to genuinely innovate on top of the growing vanilla AOSP base platform.   Most worryingly of all for Google, a third of all Android handsets are built on AOSP and don’t include GMS.  For these reasons, the most interesting questions in mobile are not really about Android per se but what Google will do to respond to the threat posed by Chinese and potentially other OEMs forking AOSP and building a rival GMS services layer on top, potentially built around a different service aggregation model centred around chat as is prevalent in Asia.  The stakes are incredibly high.  Smartphone growth in the coming years will be focussed in developing nations such as India, Indonesia, Brazil and Turkey all a long way away from Silicon Valley.

Wearables, Things and the Internet

The physical and virtual worlds continued to merge in 2014 with a veritable Cambrian explosion of wearable and Internet of Things propositions often backed by Kickstarter campaigns.  Just a tiny few of the concepts on offer were covered here and here.  The pivotal role of Bluetooth in acting as the conduit for this liminal world connecting physical objects to the web was also covered.  As was the crucial need to focus on collection, analysis and visualisation of the data from devices in order to create a viable service model beyond simply selling a cheap bit of hardware.   Health and fitness wearables remain the most mainstream application of such models right now with the likes of Fitbit, Garmin and TomTom doing very well.  It’s an area that Apple Watch will major on when it finally enters the wearable scene in 2015.  Media reaction to its launch announcement was mixed. Many analysts noted the overt links made by Apple to the world of high end fashion and luxury particularly in relation to the Gold Edition.  Fashion becomes a much more elevated concern with wearables than with smartphones for reasons covered here.

The blurring of the physical and virtual worlds has a particular relevance and impact on the retail sector.  Developments in this space from showrooming to retail beacons to click and collect were all covered extensively here, here and here.   Add to this the impact of Apple Pay and the potential for alternative currency innovation and you have a really interesting space ripe for disruption in 2015.

Automation and its Discontents

Automation concerns rose up the tech agenda in 2014 and are likely to continue to do so in 2015.  The main issues surround automation as an agent of deskilling and the unavailability of appropriate alternative work for those whose jobs were rendered obsolete through robotic intervention.  The grim spectre of automation dystopia seems unlikely to go away any time soon.

Income and wealth inequality were another societal concern rising up the political agenda in 2014 thanks to Thomas Piketty’s erudite bestseller on the subject.  Hard questions could be asked about whether technology serves to exacerbate or ameliorate inequality. The role social media was questioned too, specifically how representative the online ‘echo chamber’ is of reality in a world where the majority still have no real representative model of the internet let alone how to use smartphones to access it.  As individuals they wouldn’t even register as a dot against the UK inequality giant:

“The deal gives Line, already popular with 170 million monthly active users, a new way to attract more customers at a time of rising interest in music streaming. It also explains what Microsoft would do with the music service after Microsoft said it would spin it off, as the company now focuses on “productivity.” Apparently music doesn’t make people productive.”

“Windows Phones sell less and they cost more to make, putting Microsoft’s smartphone business in a dangerous downward spiral. … Should Microsoft pursue what looks like a manly but losing Windows Phone hardware strategy or switch to making and selling Android phones? Or should it drop an expensive smartphone design, manufacturing, and distribution effort altogether, and stay focused on what it does already, Mobile First, Cloud First applications?”

“The new Firefox OS update includes support for innovative technologies like NFC, 4G LTE, WebRTC and more, making Fx0 the first Firefox OS phone to include many of these features.” 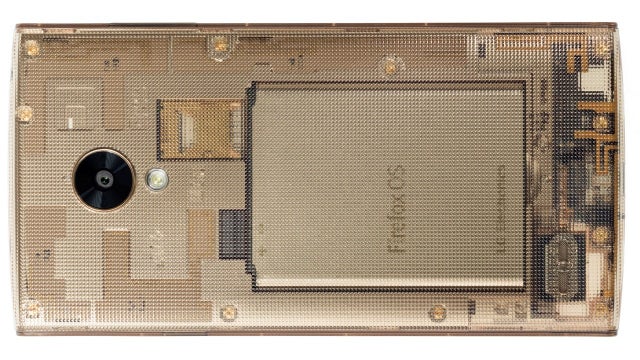 “There are dozens of little irritants like this. They’re not show-stopper bugs, just a sign that the release team and QA team haven’t bothered to do their jobs. If they’ve missed these basic flaws – what else have they overlooked?”

“Google’s Amazon nightmare would get scarier if Amazon’s Kindle Fire tablets and (rumored) phones ever got wide adoption.”

“Developers are in high demand and as employees in the US they will typically earn upwards of $100k per year with relatively little experience. Proven talent in Silicon Valley can easily earn 50-100% more. Salaries in Western Europe are not quite as eye-catching but not that far behind either. In countries where the cost of living is much lower, developer salaries are obviously more modest but actually often a greater multiple of the national average wage.”

“Instagram’s advertising — with companies like Adidas, GE and Lexus — is going so well that the company could bring in far more revenue than he expected. In fact, he estimates that Instagram’s revenue will be close to $3 billion next year, or about three times what Facebook paid for the company.”

“Dynamic and wildly profitable Internet companies like Facebook and Google may get most of the attention, but Silicon Valley is littered with firms that just get by doing roughly the same thing year after year” 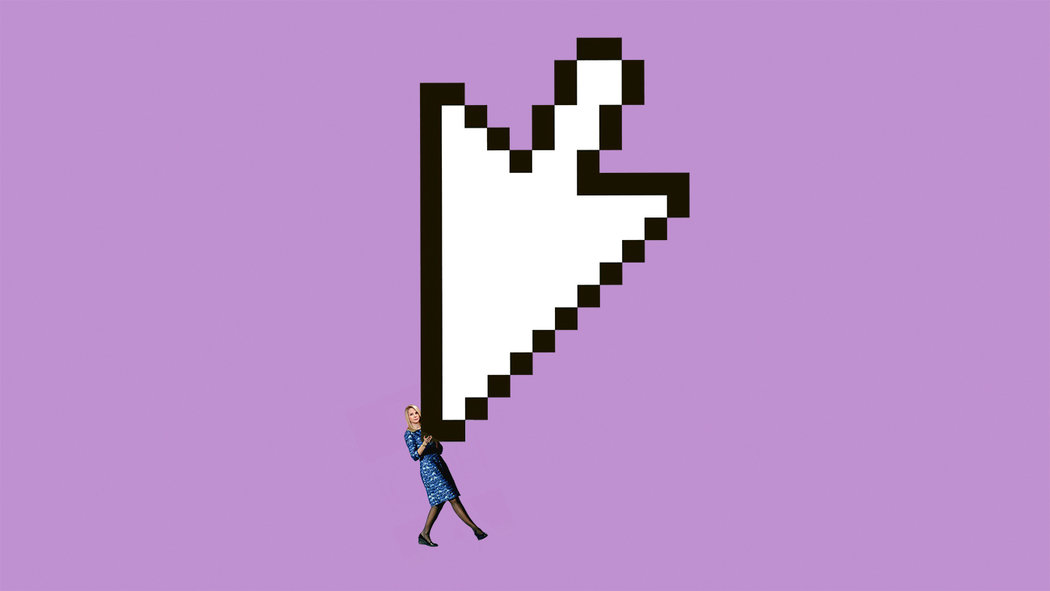 “At $45 billion, Xiaomi would be more valuable than most other Silicon Valley technology startups, including Uber,”

“the strategic partnership between Uber and Baidu is more significant than the investment, because Baidu Maps will be able to integrate Uber. … Baidu’s mobile search .. will also integrate Uber “request a ride” buttons.”

“The number of active Android users in China may be about to slow as China’s mature smartphone market gets close to saturation point. That means most smartphone sales are replacements, rather than newcomers switching over from basic phones.”

“Coolpad owners had noticed apps that they did not download appearing on their devices, especially after downloading “OTA updates” that didn’t seem to change the operating system at all. Others pointed out that they had push notifications that were actually advertisements without explanation.”

“That’s where I think technology helps us, so you can get a richer and richer experience, that is as close to holding, touching, and rotating a product in your hand as possible, but still provide you with a very quick experience that you can access on your commute to work”

“the reality of the FBI assertion of the role of a nation state in the attack or at the very least a level of sophistication that exceeded that of a multi-national corporation.”

“a world of ubiquitous two factor authentication and password changing verified by SMS to a device with location awareness and potentially biometrics and even simple PINs.”

“A pair of jeans containing material that blocks wireless signals is being developed in conjunction with anti-virus firm Norton. … The jeans are designed by online clothing company Betabrand and use a silver-based material to block signals.” 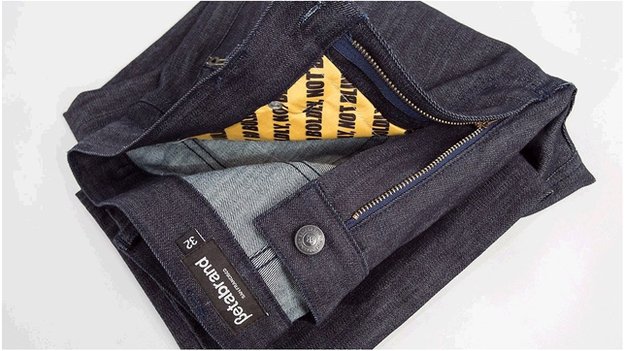 “People still talk about the web like it isn’t the real world. But this is the real world in 2014: The press of a button on a smartphone can summon a ride home in minutes. Self-tracking devices turn footsteps on the sidewalk into data points. The Internet is art on the wall. Runners use GPS-based apps to draw pictures with the strides they take. Astronauts 3D-printed a socket wrench in outer space this year.”

“Overall more than half (58 percent) of shoppers who use smartphones said they would prefer to get product information from their phone rather than by talking to a sales assistant.

In addition, almost 2/3 say that the information they can get from the internet is more beneficial than that available in store from displays or product literature.”

“By 2018, technology research and advisory firm Gartner reckons tablets and phones will be the first port of call for the majority of web use; short range “iBeacons” will alert users to good deals and new products when they’re just feet away.”

Today's Dilbert on marketing vs. engineering is awesome: http://t.co/3TpC4ePK7G pic.twitter.com/o0FkjTbSaP

Can't believe an SEO guy won #BBCApprentice. Here's my debunking of SEO from 7 years ago. http://t.co/CucA6PKEMl

“When experts are wrong, it’s often because they’re experts on an earlier version of the world.”

“Surround yourself with the sort of people new ideas come from. If you want to notice quickly when your beliefs become obsolete, you can’t do better than to be friends with the people whose discoveries will make them so.It’s hard enough already not to become the prisoner of your own expertise, but it will only get harder, because change is accelerating.”

“As software becomes essential to the operation of all business, tech professionals are seeing their stock rise to record-breaking levels
– 72% of companies are planning to expand by more than 10% in early 2015, up from 68% in June 2014 and 65% in December 2013;
– 40% of hiring managers report an increase in “take this job and shove it” voluntary departures, a 6-point jump from June 2014.”

“most developers want the ability to express themselves through code, not mountains of money”

“When we work at tech companies, our labor is going to grow the investment these people have made. When those investments do pay off, more & more of these obscenely rich people have been spending their money on political campaigns and races.”