At the dawn of 2018, the superhuman order implicit in US leadership of the West which has been the dominant paradigm for seems to be in decline. WashPo somewhat self-centeredly suggest it is ‘the greatest global story of our times‘ and that it will be seen as such by future posterity.  Meantime a new superhuman order is emerging, one based on dataism and artificial intelligence.  Charlie Stross in a compelling lecture suggests it’s really just another form of religious belief thereby channelling Yuval Harari’s message in Sapiens that the term religion can be applied to any idea system built on a clear teleology (endpoint) and appeal to superhuman order:

I think transhumanism is a warmed-over Christian heresy. While its adherents tend to be vehement atheists, they can’t quite escape from the history that gave rise to our current western civilization. Many of you are familiar with design patterns, an approach to software engineering that focusses on abstraction and simplification in order to promote reusable code. When you look at the AI singularity as a narrative, and identify the numerous places in the story where the phrase “… and then a miracle happens” occurs, it becomes apparent pretty quickly that they’ve reinvented Christianity.

For Stross, what the future really holds is much darker as technology builds on all too familiar human frailties for the ages. He’s been predicting it for years with his essay on the coming ‘panopticon singularity’ of total surveillance a case in point.  In this talk he suggests a future where agnotology, the systematic dissemination of fake news, is used to fuel fear and build hatred of others in what sounds like a nightmare vision right out of Black Mirror Men Against Fire.  Looking bleakly at what lies behind us this last two years, one senses the real story of our times, the new struggle of the modern will not lie in techno-utopian pipe dreams but in whether our centre can counter digital horrors the like of which Orwell could only imagine:

Someone out there is working on it: a geolocation-aware social media scraping deep learning application, that uses a gamified, competitive interface to reward its “players” for joining in acts of mob violence against whoever the app developer hates. Probably it has an innocuous-seeming but highly addictive training mode to get the users accustomed to working in teams and obeying the app’s instructions—think Ingress or Pokemon Go. Then, at some pre-planned zero hour, it switches mode and starts rewarding players for violence—players who have been primed to think of their targets as vermin, by a steady drip-feed of micro-targeted dehumanizing propaganda delivered over a period of months.

deep learning by itself, although useful, was unlikely to lead on its own to artificial general intelligence. I suggested instead the deep learning be viewed “not as a universal solvent, but simply as one tool among many.

Marcus believes that deep learning systems need to exploit “innate structure” to get progress to something closer to the way the human brain works.  It’s a view that Geoffrey Hinton supports and his work on capsule networks attempts to achieve. Coincidentally an initial implementation of capsule networks using Python TensorFlow and Pillow support has been released.

The quest to get computers to sense death using deep learning is showing promise but with a twist:

Here is the strange rub of such a deep learning system: It learns, but it cannot tell us why it has learned; it assigns probabilities, but it cannot easily express the reasoning behind the assignment.

In the wake of the announcement of Spectre and Meltdown, two security design flaws affecting almost all modern microprocessors, a deluge of mainstream articles running after the ambulance.  Both NYT and Mashable attempted to explain what ordinary computer users needed to know.  Patches have been scrambled and can address Meltdown.  Spectre however is not entirely fixable in software:

Also, who named these exploits? The names are 🔥🔥🔥 and so correctly evocative of the issues raised by the two different but related structural issues. Spectre haunting all modern chips… The Intel meltdown… Sometimes geek poetry is real poetry. 😀

However you can do this if you use Chrome:

In Chrome, go to chrome://flags/#enable-site-per-process and click “enable” on “Strict site isolation.” You’ll need to restart your browser, but otherwise that’s it.

Security guru Bruce Schneier as ever was suitably sombre and readable on the computer security implications.  In terms of the technical detail of what’s going on, it’s hard to beat Eben Upton’s excellent approachable explanation complete with Python code explaining the principle of CPU instruction pipelining and how it can be exploited.  Here is Meltdown in a Nutshell:

And here it is in action:

What do you need to know to say you are a ‘master of Python’?  A silly Quora question because, well, it’s more important to be useful than a master when it comes to coding.  Still, some of the answers are illuminating.  Lot of convergence around generators, iterators, decorators, lambda and metaclasses.

Do something positive with your new year.  Join the Free Software Foundation.  I joined years ago to express my support, donate to what I felt was a good cause and not least to help pay something back to a movement responsible for inspiring much of the software I work with daily.

A engineering blog post from Moonpig on the merits of trunk-based development in an agile shop.  Includes a noteworthy namecheck for Atlassian Crucible for code review: 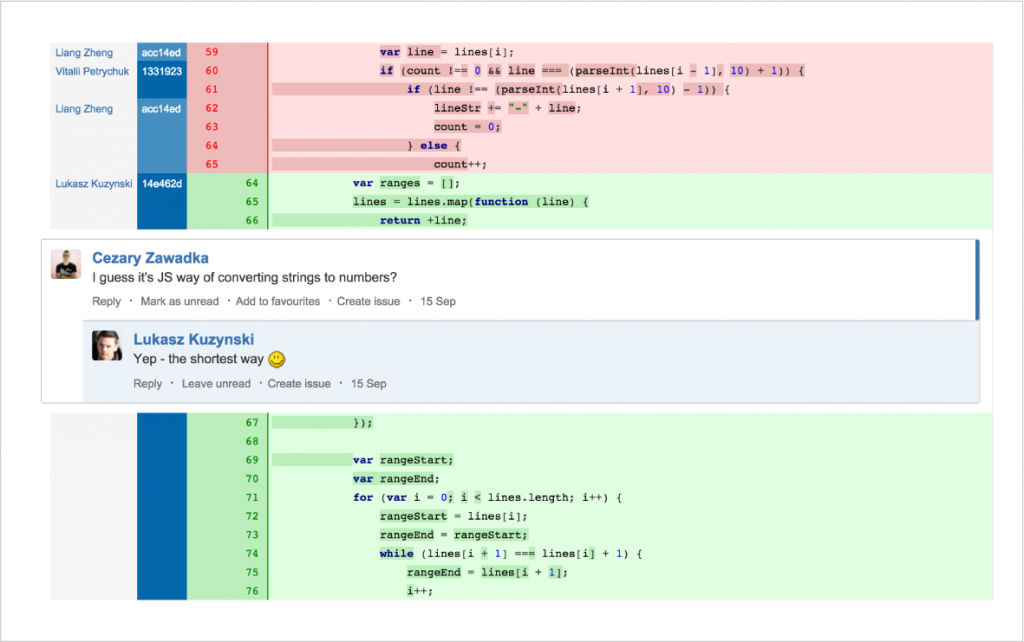 CNN on 20 designs that defined the modern world from the iPhone and Brompton folding bicycle to the Coke bottle, Sputnik, Mini and Sony Walkman.

CNN post on why there’s never been a better time to be single and, well, relatedly:

In recent history, there have never been as many unmarried adults as there are right now.