Calum Chace has this baleful observation on the common trope that modern human societies have created lots of new jobs already and will create more as technological unemployment starts to hit home. The reality is that this time its going to be far more disruptive:

Unfortunately, an analysis of US labour statistics don’t bear out the claim that we have transformed the job market by creating hosts of new categories of employment that didn’t exist before. 80% of the job categories listed by the Bureau of Labour Studies today existed back in 1900. More important, 90% of the people working in the US today are doing jobs which existed in 1900.

Chace proposes in solidarity with many other thinkers that the solution to this fundamental question is Universal Basic Income. However it will not come without a huge struggle.  There will be trouble ahead:

I agree that is the goal, and it is a future which can be truly wonderful. But I’m not convinced the transition from here to there will be plain sailing. I think we will probably need a new economy, and we haven’t even started sketching out what it might look like, nor how we might get there without massive social unrest.

Truck drivers seem to have the gig as the canary in the AI cage. According to this research from the Future of Humanity Institute they have as little as ten years left:

Teachers may need to be on the alert for machine-written essays by 2026 and truck drivers could be made redundant by 2027, according to the results.

AlphaGo has been rewritten and is now improving by learning from itself not just from studying past human games:

AlphaGo is comprised of two networks: a policy network that selects the next move to play, and a value network that analyzes the probability of winning. The policy network was initially based on millions of historical moves from actual games played by Go professionals. But AlphaGo Master goes much further by searching through the possible moves that could occur if a particular move is played, increasing its understanding of the potential fallout.

Tremendous and timely Medium post on how AI image recognition techniques are providing a veneer of respectability to the pseudoscientific racism of physiognomy, or “the practice of using people’s outer appearance to infer inner character”:

Rapid developments in artificial intelligence and machine learning have enabled scientific racism to enter a new era, in which machine-learned models embed biases present in the human behavior used for model development. Whether intentional or not, this “laundering” of human prejudice through computer algorithms can make those biases appear to be justified objectively.

As practiced by the Nazis: 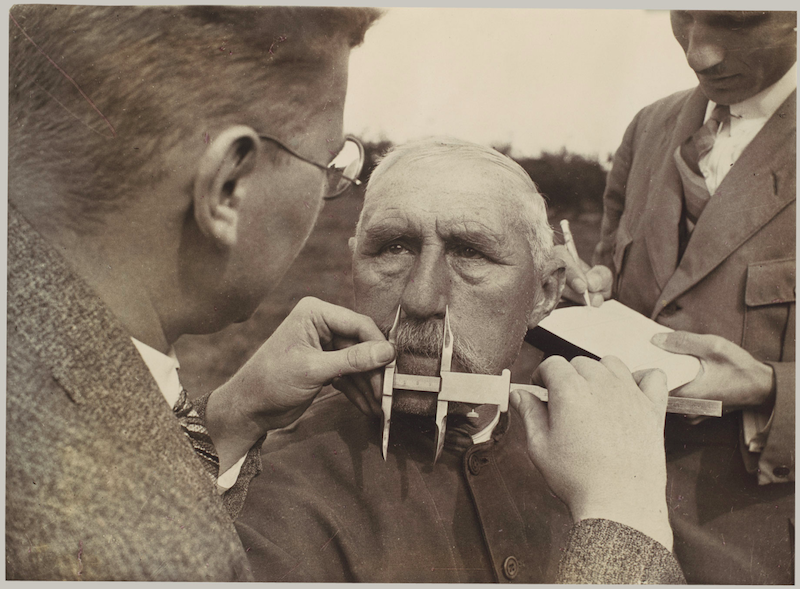 Andy Rubin’s Essential Phone powered by Ambient OS marries Android economics wrapped in Titanium and AI but The Verge asks if will really change anything given “you can make a phone like this without being a billion dollar company, riding on the smartphone supply chain” 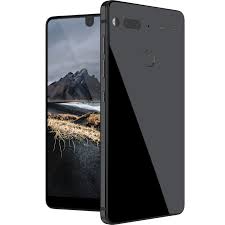 The retro Nokia 3310 redux has been a huge hit and reportedly sold out.  Seems there’s a lot of demand for old school phones: 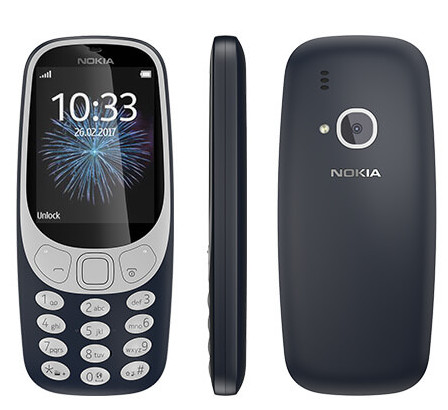 Walt Mossberg on the disappearing computer and the coming era of ambient computing:

Soon, after a brief slowdown, the roller coaster will be accelerating faster than ever, only this time it’ll be about actual experiences, with much less emphasis on the way those experiences get made.

Good OReilly post on Apache Kafka helps explain why it has exploded in significance in the last couple of years.  It serves as the message bus for architectures that need to support real-time streaming data processing requirements:

“people have discovered the value of Kafka as a message bus between microservices. So they’re basically using Kafka to communicate between all those mission-critical services and basically re-building the way they’re running their business around Kafka.”

Relatedly this Quora answer sheds some light on the differences between using Kafka versus Rabbit MQ for stream processing.

Steve Jobs’ last words allegedly contained the following, except that Snopes suggests its fake news that dates from four years after his death and has never been substantiated.  Sounds phony:

Non-stop pursuing of wealth will only turn a person into a twisted being, just like me.  God gave us the senses to let us feel the love in everyone’s heart, not the illusions brought about by wealth.  The wealth I have won in my life I cannot bring with me.  What I can bring is only the memories precipitated by love. 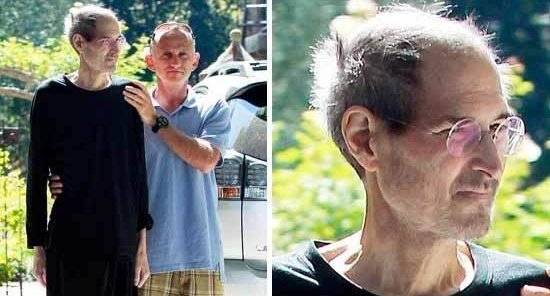 The exhortation from that valediction to look after one’s children is a regret many express.  It’s all too often not acted on in kind and today the kids are decidedly not alright for the following reasons: 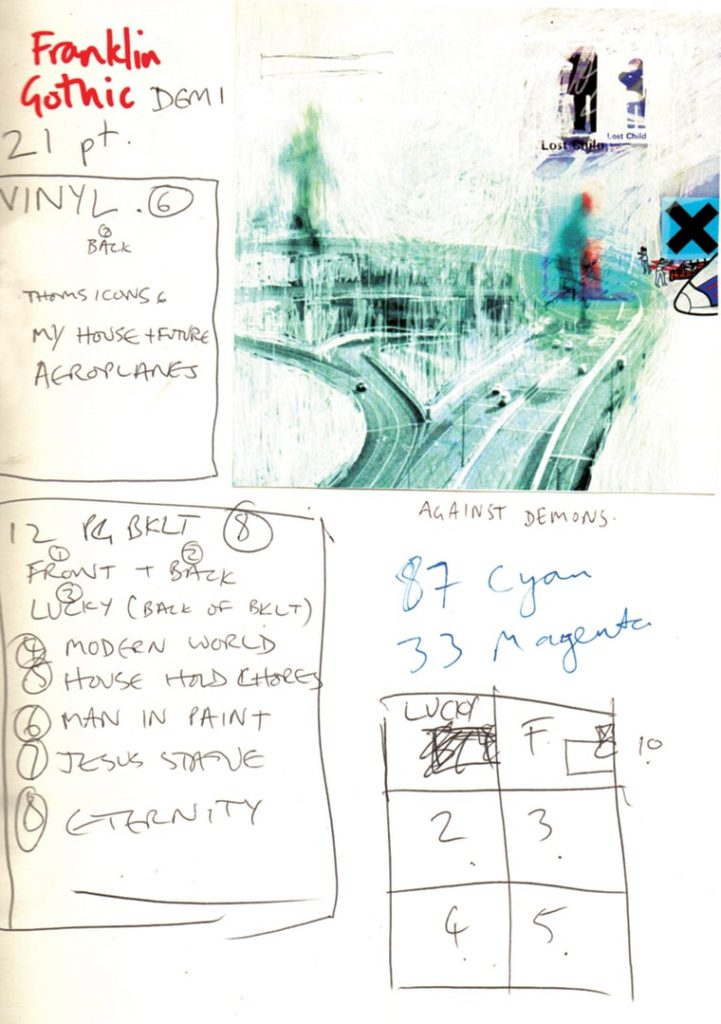 Fitter, happier.  You will be if you stick close to dirt:

Breathing in, playing in, and digging in dirt may be good for your health.

One kind of dirt that isn’t good for you in the UK is the written press which has a remarkably low trust rating with the public:

Unsurprising then that Jeremy Corbyn is doing a lot better than much of the “MSM” (mainstream media) think in the run up to the UK General Election. Theresa May’s ‘strong and stable’ mantra looks like it has run out of road:

Despite the full force of the majority of the British media behind her and the Conservatives, it seems like Theresa May’s ‘strong and stable’ certainly of winning this election is slipping through their fingers day-by-day, as Corbyn rises up to the challenge.

Others have picked up on the same theme that what once looked like a walk in the park is proving anything but:

#GE2017 is most certainly not proving to be the cakewalk for Theresa May that the pundits said it would.

The movement in the polls has been so remarkable that the political uncertainty that appears to be heading our way jeopardises the certainty of Brexit:

Anything less than a substantially increased Conservative majority will amount to a defeat for Theresa May. If she fails to achieve it, it is hard to see how her position will be tenable – either as leader of her party, or as head of a government set to steer the bargaining with Brussels

There are still plenty of people who believe Brexit is an “epic act of self-harm“.  More than anything the polarisation of the UK population over the issue suggests a hugely divided nation which bodes ill for years to come.  The young in particular are registering to vote in huge numbers to make their collective voice on Brexit heard.  The topic has barely emerged during a feverish campaign in which May has foolishly attempted to manage the news agenda with a robotic control freakery that has ended up turning her into a figure of ridicule. Why would anyone believe a leader who can’t debate her opponents would be a good negotiator?  Europe on the other hand is coming together around Merkel’s leadership and worldview in which Europe must fight for its own future and destiny in the face of Trump and Brexit.

Scott Atran addressed the UN Security Council two years ago in 2015 on why the young in particular need aspirational values and dreams and how without them become highly susceptible to terrorist grooming.   There is much to think about in his talk, the first by an anthropologist to this UN body.  In particular the disillusion of global youth at the apparent inverted totalitarianism of the status quo:

Rolling Stone says it’s time to demand Trump’s resignation.  One gets the feeling that in spite of copious evidence that he is damaging American domestic and global interests daily and achieving very little of what he promised with his MAGA bluster, he’s still going nowhere.  The system he railed against is going to keep him in.  There’s a long way down yet.