According to this pessimistic investor analysis, Britain has little chance of getting anything exceptional from Brexit negotiations.  It’s withdrawal will be long and painful and is really essentially an exercise in damage limitation.  Even that seems unlikely to be anything other than disastrous in terms of outcome:

Britain is about to enter negotiations with their single largest trading partner, and it needs to recognize the importance of that market. Any other position puts the EU in a corner where it has to force their hand and increases the likelihood of a poor outcome for both sides. That being said, no good result may even exist.

In the wake of the Manchester terrorist attack, another lesson of how we have failed to learn from history emerged in the form of a 14-year old recording of Jeremy Corbyn speaking to the massive crowd at the top the War Iraq demo in 2003.  He has always had a clear and consistent position on the invasion of Iraq that has sadly proved all too prescient.  We are not safer as a result of invading.  Perhaps future generations would do well to practice a little more humility and cooperation before launching wars either military or trade in nature:

"This will set off a spiral of conflict that will fuel the wars, conflict, terrorism and misery of future generations" – Jeremy Corbyn, 2003 pic.twitter.com/7OKgZjN37c

Surprisingly good hands-on AI playbook from A16Z of all sources.  Lots of good pointers in here on CNNs, RNNs and even setting up TensorFlow from source.

Great intro level explanation of what a knowledge graph is.   They are self-descriptive, smart storage structures that can be queried using well-understood approaches to derive.

He foresees a potential future where a small number of elites upgrade themselves through biotechnology and genetic engineering, leaving the masses behind and creating the godlike species of the book’s title; where artificial intelligence “knows us better than we know ourselves”; and where these godlike elites and super-intelligent robots consider the rest of humanity to be superfluous. 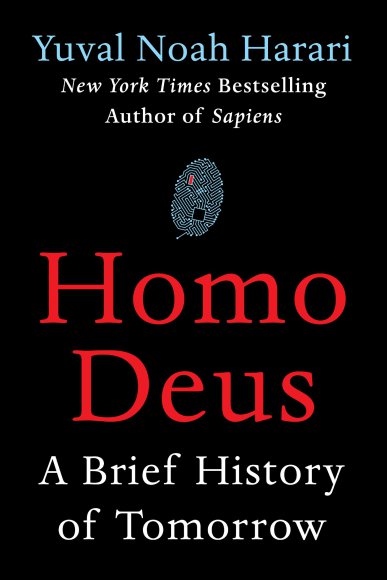 Michael Spencer, a LinkedIn ‘Top Voice’ contributor waxing lyrical on Amazon and how the company has ‘future-proofed’ success because it understands better than anyone how to create and leverage new verticals to enhance its value proposition as the Everything Store:

Amazon’s advantage is sustainable; because they understand scale better than everyone else and how to leverage new verticals to increase their unique value proposition.  … Amazon is more than a platform. It’s a gateway to the future. Amazon is therefore, a custodian of human progress.

Even where revenues appear to be slowing, there’s an upside of consolidation as in the case of AWS:

More companies are making long-term commitments to use AWS’s services in exchange for a lower price. As part of that, companies are more often paying well in advance.

Amazon’s scale is so huge already that almost anything new or different the company does creates waves.  Consider their latest market disruption involving bananas, specifically the 1.7 million free ones it has dispensed to Seattle residents:

It started with a brainstorm from founder and CEO Jeff Bezos that Amazon should offer everyone near its headquarters—not just employees—healthy, eco-friendly snacks as a public service. After considering oranges, Amazon picked bananas, and opened its first Community Banana Stand in late 2015.

Another more serious disruptive innovation called Amazon Go, a store concept mixing pervasive sensors, computer vision and machine learning signals the “imminent end of the supermarket checkout”.  This most recent evidence suggests it could be coming to the UK soon:

The Go store brings into sharp relief one of the critical distinctions between Amazon and its primary retail competitors which is the startling innovation gap in terms of successful patent applications. The difference in patents granted since 1994 is hugely revealing: 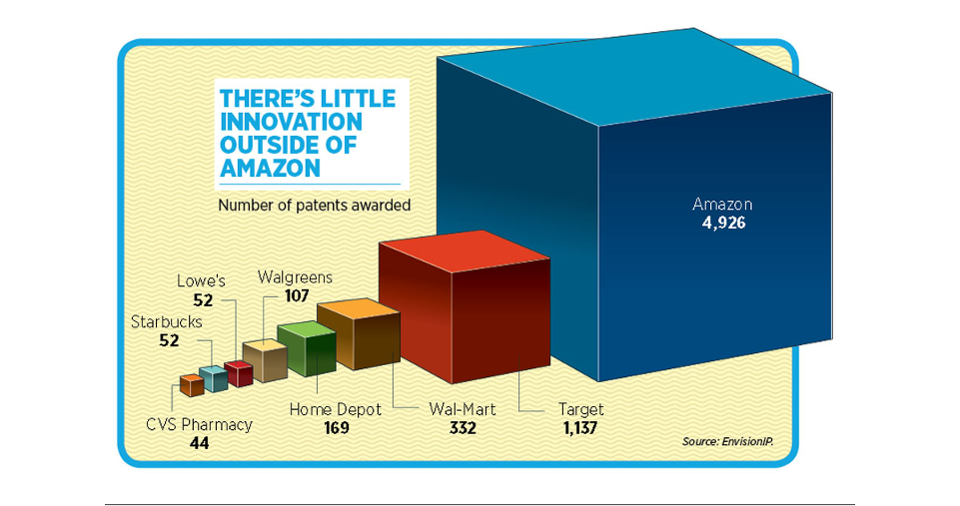 Good post on the changing nature of the CIO role points out that cloud vs. on-premise is something of a false dichotomy.  The real distinction is between scale-up and scale-out and whether you’re using cloud or not you need to be taking note of the devops revolution centered around infrastructure management software tools:

Infrastructure provisioning and configuration management tools like those from Ansible (Red Hat), Canonical, Chef, Foreman, OpenStack Ironic, PalletOps, Puppet, and others allow organizations to make the same promise in the data center with physical hardware as cloud providers make with their APIs for Cloud VMs.

Canonical appear to have doubled down on that shift as the basis for their future prosperity.   At least that’s the most charitable way of interpreting Mark Shuttleworth’s statement considering what’s been going on there recently:

“The choice, ultimately, is to invest in the areas which are contributing to the growth of the company.  Those are Ubuntu itself, for desktops, servers and VMs, our cloud infrastructure products (OpenStack and Kubernetes) our cloud operations capabilities (MAAS, LXD, Juju, BootStack), and our IoT story in snaps and Ubuntu Core.”

Steve Yegge likes Kotlin a lot and has written a typically entertaining rant explaining why:

He’s not the only one.  Google announced at IO that Kotlin has been given first class language status for Android development:

Google on Wednesday said it has made Kotlin a first-class language for Android development, alongside Java and C++.

“We did it because Kotlin is a beautiful programing language,” said Stephanie Saad Cuthbertson, director of product management for Android, during the developer keynote at Google I/O 2017. “…With Kotlin, there’s just so much less syntactical noise between what I want to say and how I can say it.” 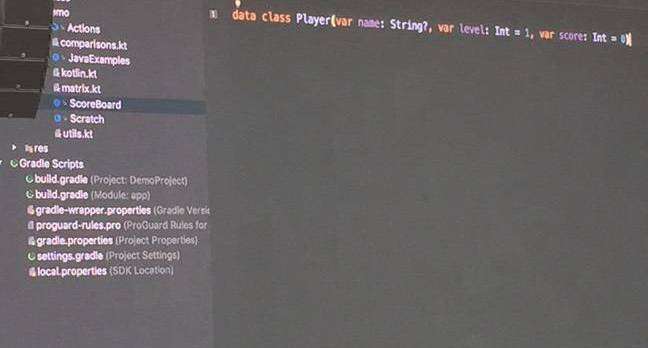 Helpful reminder of the importance of the Law of Demeter in OO programming which you will be familiar with if you’ve ever done any probably in the form of Encapsulation:

For all classes C, and for all methods M attached to C, all objects to which M sends a message must be: i) M’s argument objects, including the self object or ii) The instance variable objects of C.

A LinkedIn learning course on Python GUI development with TkInter which has the distinct advantage for beginners such as schoolkids of being built into Python.

Excellent post on how to set the technical direction for your team from a senior developer at Amazon couched in terms of the Amazon Leadership Principles:

Think Big encourages you to “create and communicate a bold direction that inspires results,” while Bias for Action pushes you to move quickly and not get lost in the dreaded analysis paralysis. A good technical direction incorporates both of these principles. As a result, I coach teams that they must establish, both a long-term, directional vision and short-term, incremental milestones that lead in the direction of the long-term vision. 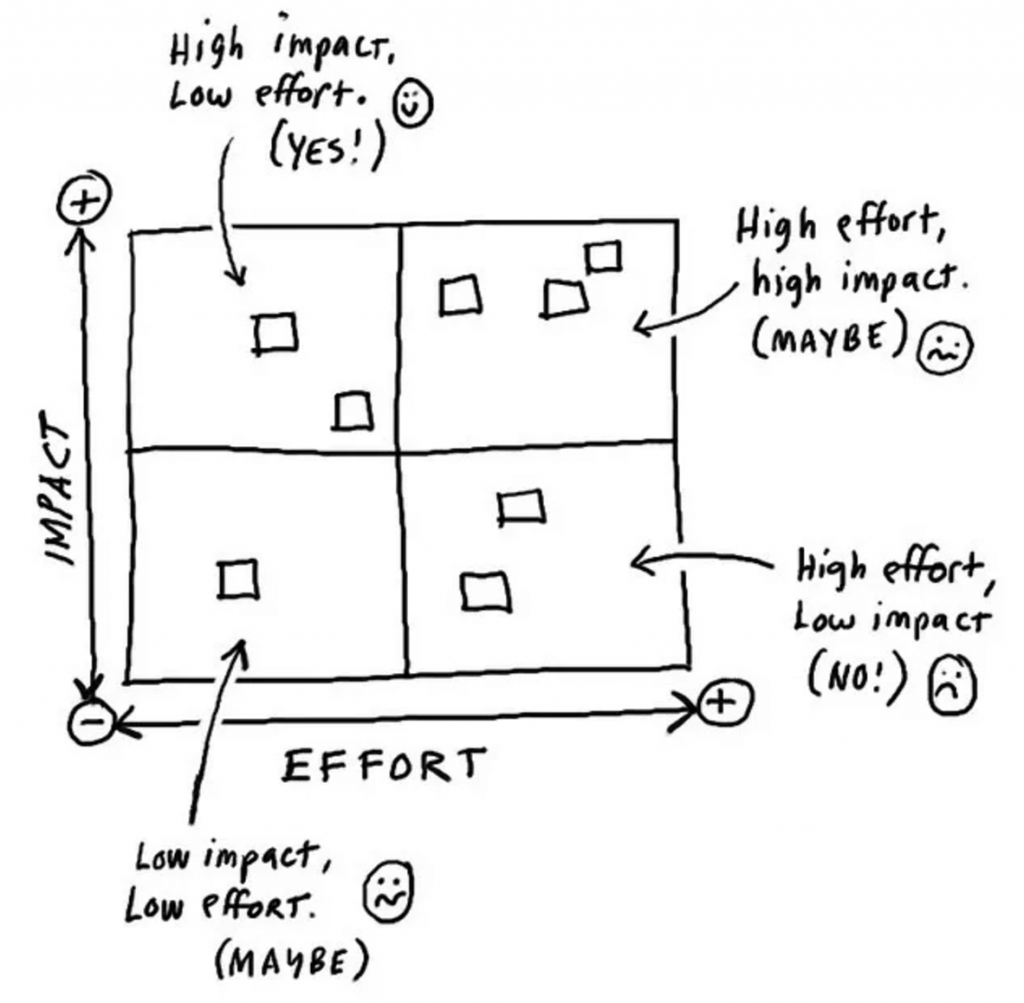 This list of the ten ways smart people stay calm makes for an interesting compilation.  It includes limiting caffeine intake, avoiding “what if”, breathing and sleeping hygiene and staying positive and in the zone.   This one that is: 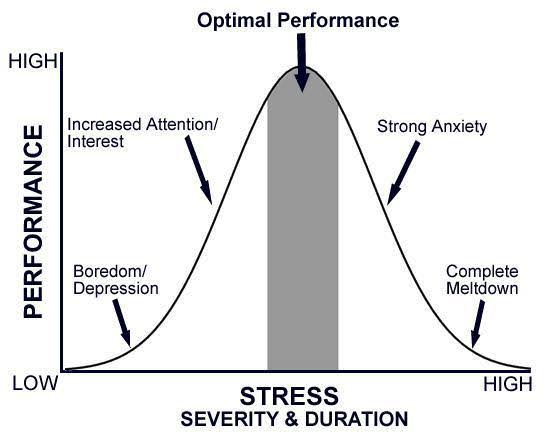 Your company’s culture is who you hire and fire.  Generally you want to be firing assholes per yet another 2×2 matrix: 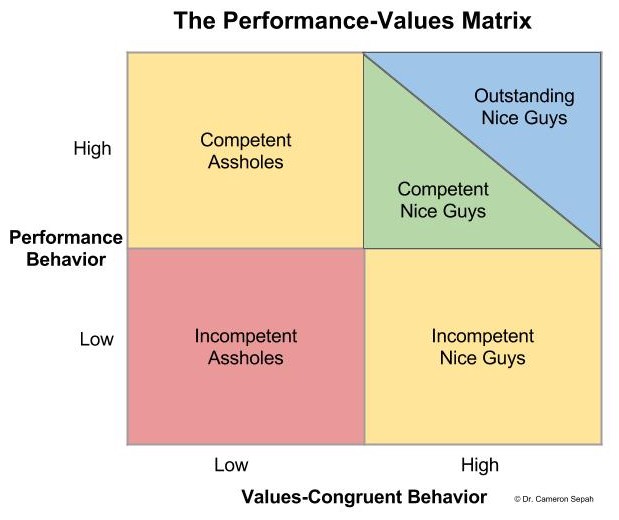