Agile and Scrum iterative development is now so normalised in modern software engineering culture that it’s not surprising to encounter evidence of fundamentalism in job profiles such as the following for a UK engineering leadership position spotted on LinkedIn this week: 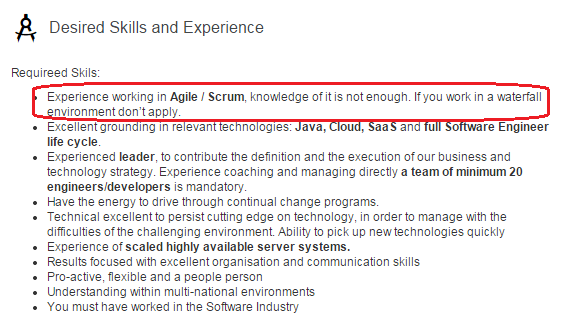 Such extremity ought to fortify doubters.  Agile approaches can certainly aid delivery status visibility of timeboxed projects such building a web site or developing a brand app.  It is, however, unwise to consider them a template for universal application regardless of circumstance.  In fact there is evidence that in certain situations the use of agile can be counterproductive.  The topic is extensively explored in the inevitably numerous, polarised responses to a recent leading question posed on Quora: “Why do some developers at companies like Google consider Agile development to be nonsense“.  The top rated response was a forensic Fisking of each item of the Agile Manifesto highlighting a variety of scenarios where the adoption of agile will not help.  The commentary on items 4, 5, 9, 10 and 11 particularly resonated with personal experience.  Distilling down to three major areas where agile proponents run into difficulty:

“Agile/scrum promotes the false myth that process can replace product design and architecture. The management fairytale is that great products can be reliably developed simply by obsessing over process.”

The reality is that software development is ultimately about striving for cost-effective excellence in engineering.   Experience suggests that is actually pretty boring to most people who aren’t engineers. Which is good because there are lots of reasons to admire being boring in engineering.   An Amazon paper detailing the use of formal methods to develop AWS technology is an illuminating insight into what’s really involved in world class platform development; an uncompromising focus on ‘boring’ technical quality and little evidence of ‘agile’ terminology.

Moving from a cargo cult agile fundamentalism to a more nuanced and skeptical perspective requires a genuine interest in what really goes on day to day in ‘standard engineering’ starting with the recognition that capacity is limited and must be prioritised then encouraged to self-organise in order to deliver.  Often that means making tough business choices between a new feature and quality improvement which is a common source of tension between engineering and business stakeholders:

“The move from selling software products to selling and running services in high-availability environments led to a high load of operational tasks. The majority of this work is often unplanned and unaccounted … thus resulting in delays and blame wars in some organizations. The remaining minority of work is then dedicated to business and IT projects.”

“Sometime in the past year, the bar for what makes a good smartphone got raised. It has to look good, it has to have a great screen, it has to last all day, it has to have elegant software, and most of all it has to have a really good camera. Miss one of those marks, and you haven’t just failed, you’ve probably lost a customer for years.”

“On the whole, the S6 holds its own against the iPhone, and we wouldn’t hesitate for a second to use it as our primary smartphone camera.” 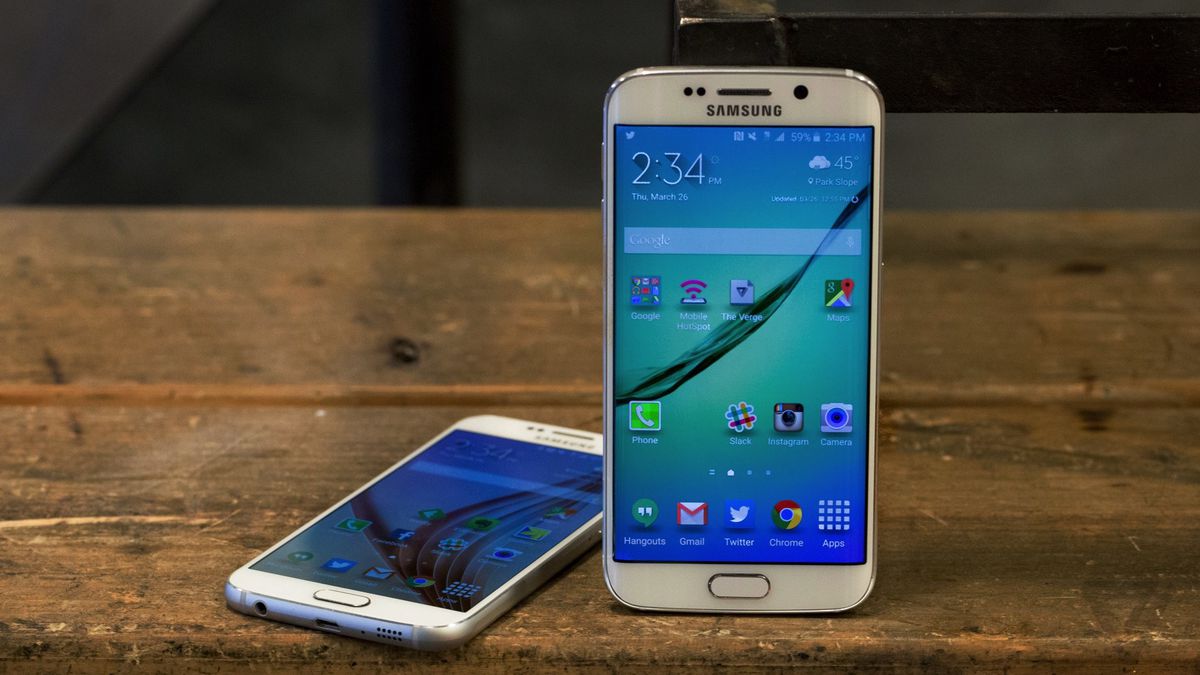 “The use of a sachet to sell mobile phones is to “massify” the product not unlike how India’s consumer goods companies sell shampoos and detergents in small, cheap packets to attract more cost-conscious buyers.”

“I believe computing will evolve faster in the next 10 years than it ever has before. We already live in a multi-platform world, and computing will become even more pervasive. We are nearing the point where computers and robots will be able to see, move, and interact naturally, unlocking many new applications and empowering people even more.”

“When a customer interested in the Apple Watch Edition enters the store, he or she will be given no-wait access to a dedicated Expert, who will provide a personalized “journey” from the beginning of the appointment until the end, as much as one hour later. There will even be a new option for at-home video conferencing rather than in-store personal setup.”

“Short of a big run in the value of gold, it’s hard to see the Apple Watch Edition appreciating. Why? The technology will be dated. Technology doesn’t hold up to the test of time.  … Nevertheless, technology vendors will soon follow Apple into the luxury device market. There’s no choice. There are margins and brands to preserve. Along the way be prepared for a healthy dose of absurdity. Apple has the brand to pull it off. Most vendors don’t.” 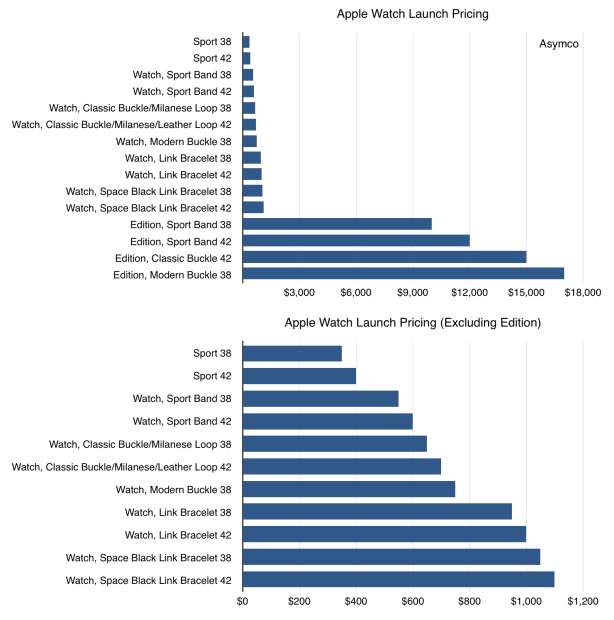 “To identify PHAs (potentially harmful apps) before they even appear in Google Play involves a machine learning system that apparently pokes at millions of data points and relationship graphs for its security detection screen.”

“By default, the various launchers, homescreens, overlays, and other Android interface solutions have to provide a unique take in order to stand out from the default Android or OEM offering.”

“Tidal, which makes millions of songs and thousands of high-definition videos available in 31 countries, will have no free version. Instead, it will have two subscription tiers defined by audio quality: $10 a month for a compressed format (the standard on most digital outlets) and $20 for CD-quality streams.” 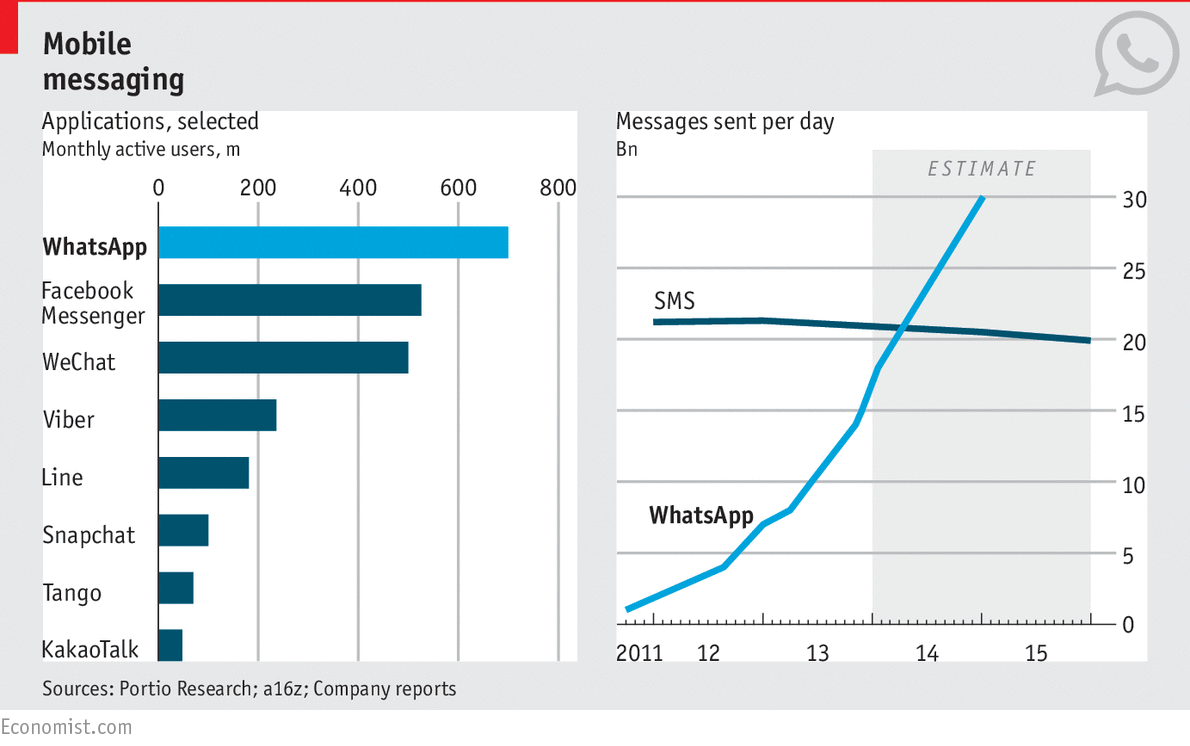 “one must be willfully naive to consider ad-monetized social graphs like Facebook and Twitter to be capital P Platforms. I prefer to call them little p “platforms” … Developer beware. Unless they change their business model, any developer trying to build some other graph off of Facebook or Twitter should have a second strategy in place in case of explosive growth because access won’t persist.”

“It was also a clearly orchestrated affair, as it required “privileged access to backbone routers within its borders to modify the Baidu resources,” wrote Bill Budington, an EFF software engineer.”

“the top IoT platforms in 2020 will be cross-vertical. Sector-specific platforms will be niche or in decline.”

“the Olio has a cloud-based system that only surfaces important messages as defined by the people you interact with the most. There are only a few screens available and the watch face itself displays the number of interactions per set interval of time using fanning lines of differing length.” 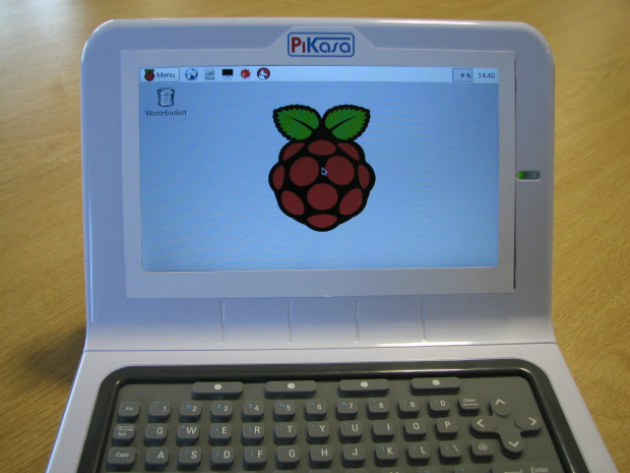 WHAT: I’ll get very drunk, and then review your website. I’ll send you a document outlining where I thought the website needed help, and a screencast of me going over the website.

“In the end, while you may disagree, I place more value on writing code that is easily understandable (and avoids redundant computation) than on a correct implementation of a textbook algorithm dating from 1968, so you’re getting a -1” This fall, Mattel plans to introduce Hello Barbie, a Wi-Fi enabled version of the iconic doll, which uses ToyTalk’s system to analyze a child’s speech and produce relevant responses.

Dr Richard Graham, a consultant child and adolescent psychiatrist who runs a technology addiction unit at the private Nightingale Hospital in London, sees children with a serious Minecraft habit. He talks about the game’s “hyper-reality” which he says makes the external world “slower, paler, less stimulating”. 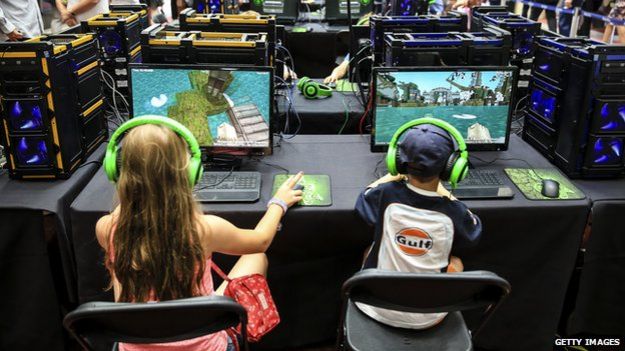 “searching the web gives people an “illusion of knowledge.” They start to confuse what’s online with what’s in their head, which gives them an exaggerated sense of their own intelligence. The effect isn’t limited to the particular subject areas that people explore on the web. It’s more general than that. Doing searches on one topic inflates people’s sense of how well they understand other, unrelated topics.” 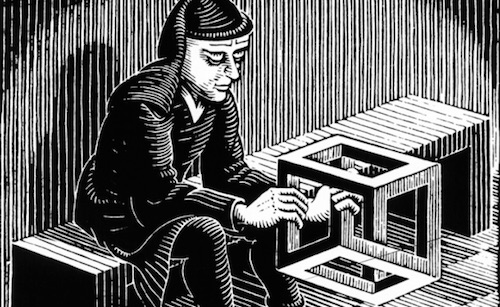 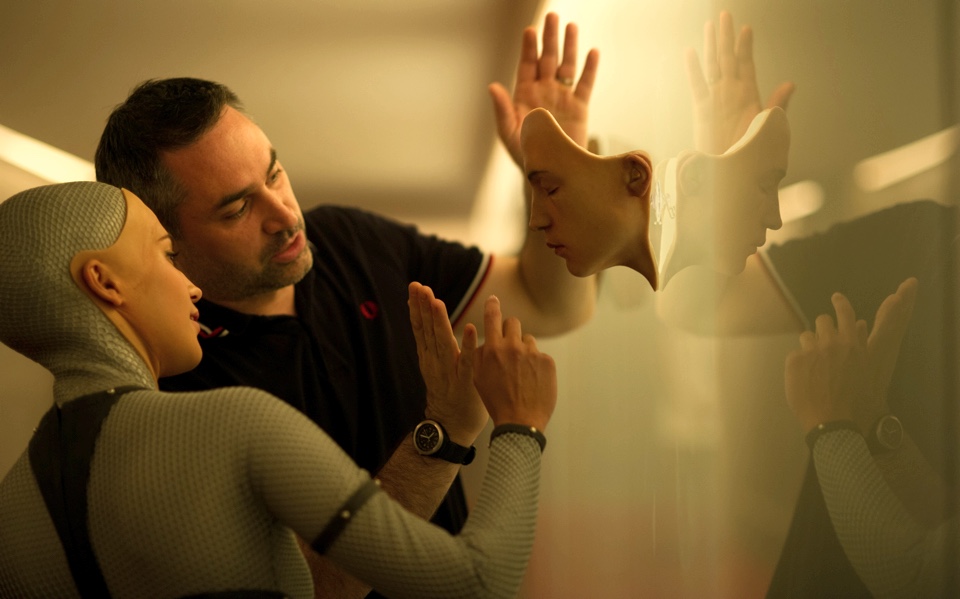 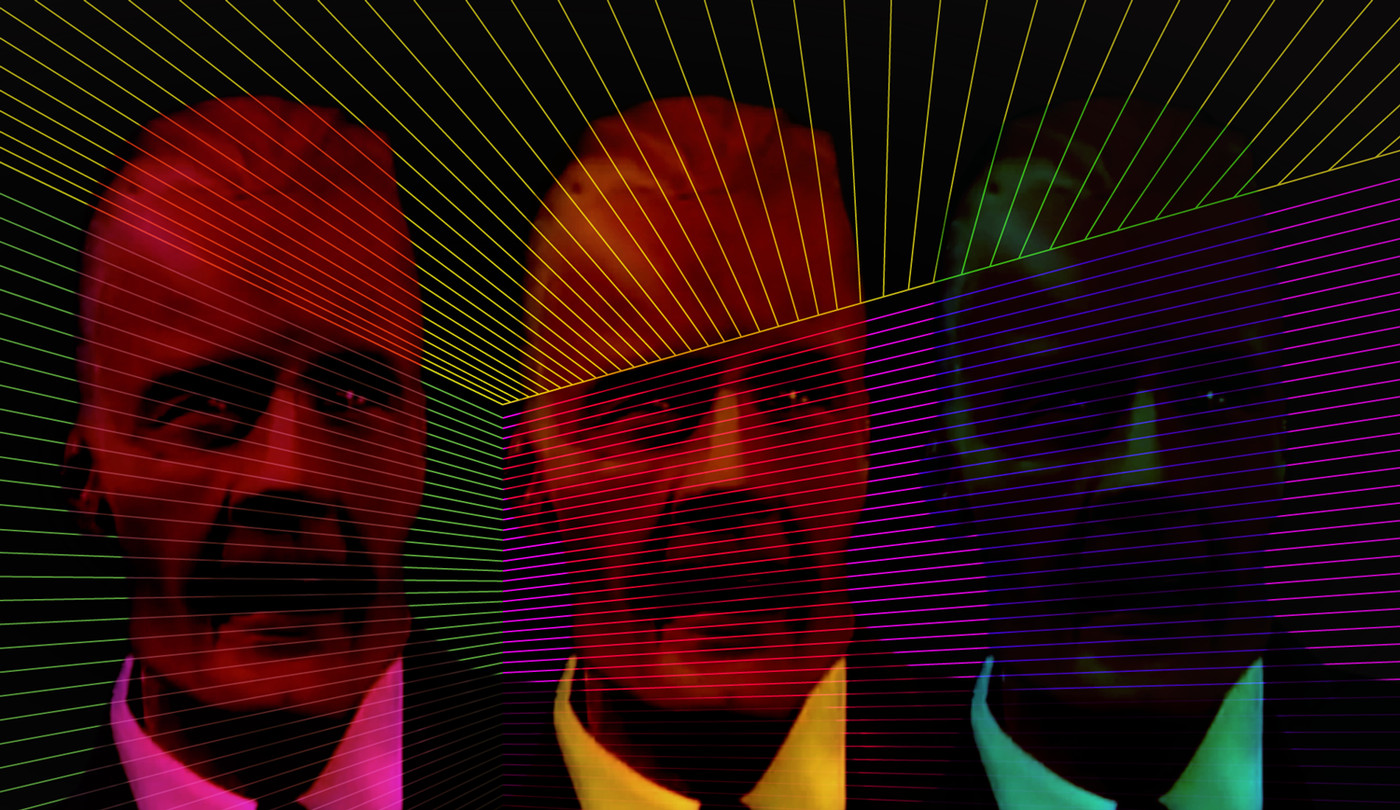 “after six decades of independent scientific research, there is very little evidence for the idea that brainstorming produces more or better ideas than the same number of individuals would produce working independently. In fact, a great deal of evidence indicates that brainstorming actually harms creative performance, resulting in a collective performance loss that is the very opposite of synergy.”

“notably, nearly half of black women (48%) and Latinas (47%) report having been mistaken for administrative or custodial staff, an experience far less common for white (32%) and Asian-American (23%) women scientists.”