A Quartz post this week highlighted how ad search, Google’s cash cow, faces major challenges on a range of fronts with a consumer shift to mobile app usage, the growth of non-Google Android, increased usage of ad blockers and growing competition notably in the form of Facebook.  These factors have collectively contributed to a flattening in Google’s financial performance over the last few years:

Preoccupation about future direction seem to be at the core of a major reorganisation that has seen Sundar Pichai take over most of Google’s product portfolio in theory freeing up Larry Page to focus on what’s next since as ReCode suggest “the changes will create less of a bottleneck and also help him focus his attention on existing and new products.”   It’s unclear whether Andy Rubin’s decision to leave Google to focus on “hardware startups” is related to the changes but it will be perceived as a blow.  The FT published an interview with Page in which he once again exhibited his trademark tech optimism as he outlined how Google could help address a variety of global scale challenges humanity faces in the next 100 years.  It is in tackling these “moonshots” that the company will find sources for future growth.

One moonshot possibility is global health.  Google took their first concrete steps in that direction this week with the release of Google Fit for Android.  Their Google X Life Sciences team have ideas far beyond that though with this report of a health diagnostics concept from right out of the future:

“Google X has been working on nanoparticles that, after consumed, stream through the human body and pick up on signs of waning health — cancer cells, for example. The nanoparticles then congregate at a band worn on the wrist to report their findings.”

Medium published a fascinating interview with Google’s Andrew Conrad who heads up the unit.  In it he indicated that the ultimate goal was to build nothing less than a tricorder.  Progress so far has been quietly impressive:

“At our Google facilities, we’ve been able to build the nanoparticles, decorate them, prove that they bind to the things that we want them to bind to, in really clever artificial systems. We’ve made these molded arms where we pump fake blood through them and then try devices to detect the nanoparticles.”

Another moonshot possibility would be configurable and updatable smartphones which Google’s ATAP (Advanced Technologies and Projects) team have been continuing to work on through 2014 in the form of Project Ara.   A developer conference has been announced for January 2015 and a video of a current prototype booting up has also been released.  The Verge are reporting that Ara devices might be on market as early as “next year“:

Enterprise computing is a hard enough nut to crack that it’s almost worthy of moonshot status itself.  Google made some significant progress this week here too in the form of a tie-up with leading consultancy firm PwC to help support roll-out of Google Apps across business clients.  PwC coincidentally released a report on 2014 Top Ten Technology Trends for business many of which fall right within Google’s orbit in marrying sophisticated analytics with actionable business insight: 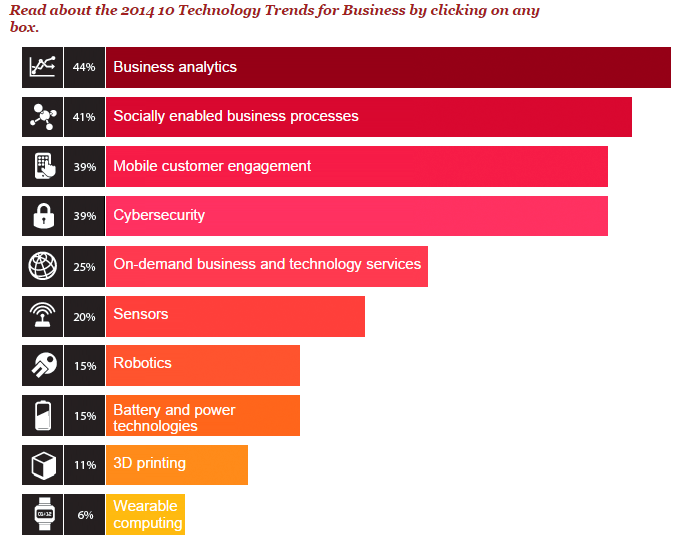 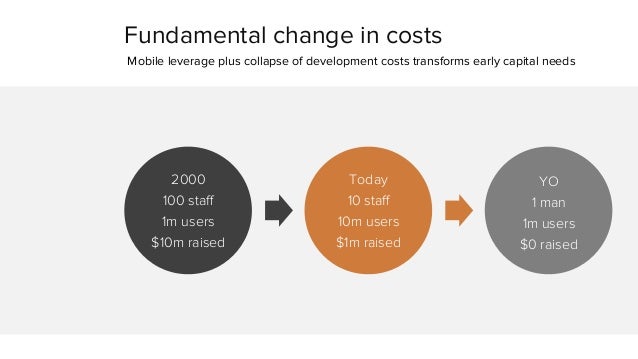 “At some point the fast follower exposes themselves to being faster followed. Better to find new lands to conquer.” 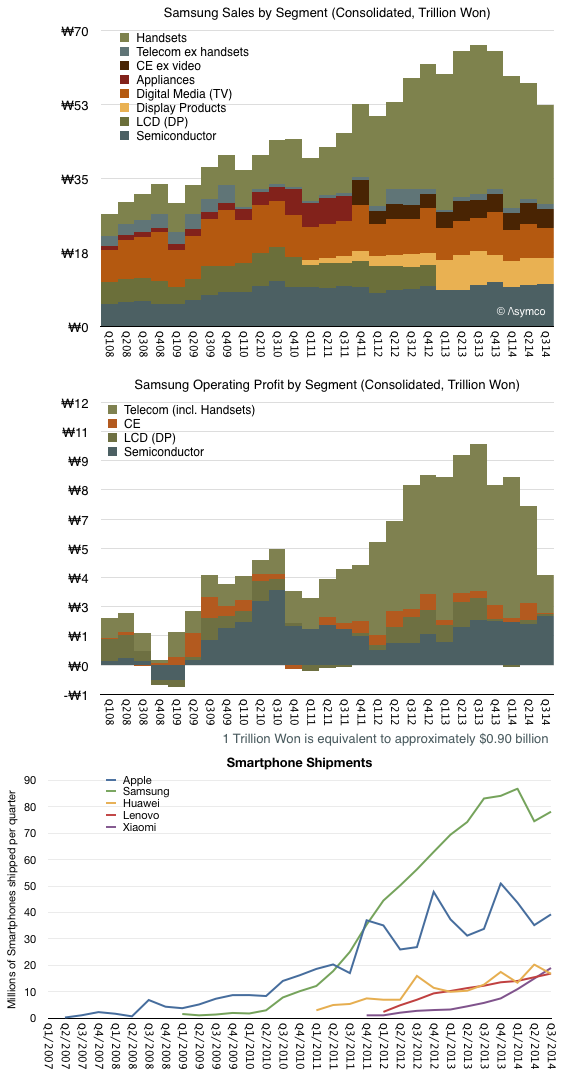 “Amazon noted that the company was taking a $170 million writedown “primarily related” to overcommitting to the Fire Phone. They ordered too much inventory, and made promises to their suppliers that they couldn’t keep.”

Amazon claims pricing error in Fire failure. Even after price reset to $0.99? Perhaps a negative price would help.

“For me, it was the right decision to part ways with my past iPhone life. The One’s built-in CyanogenMod, coupled with a great-looking piece of hardware and my newfound understanding of Android, just fits like a glove now.” 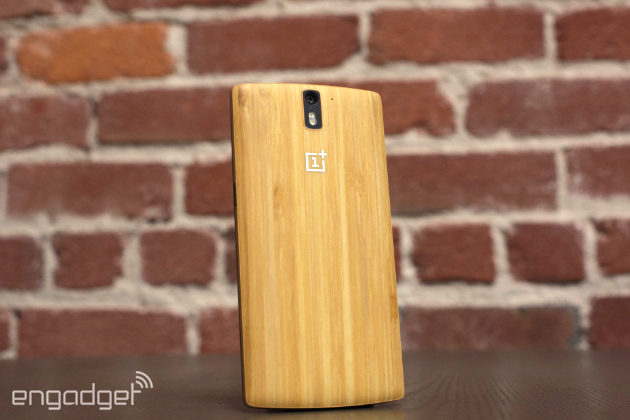 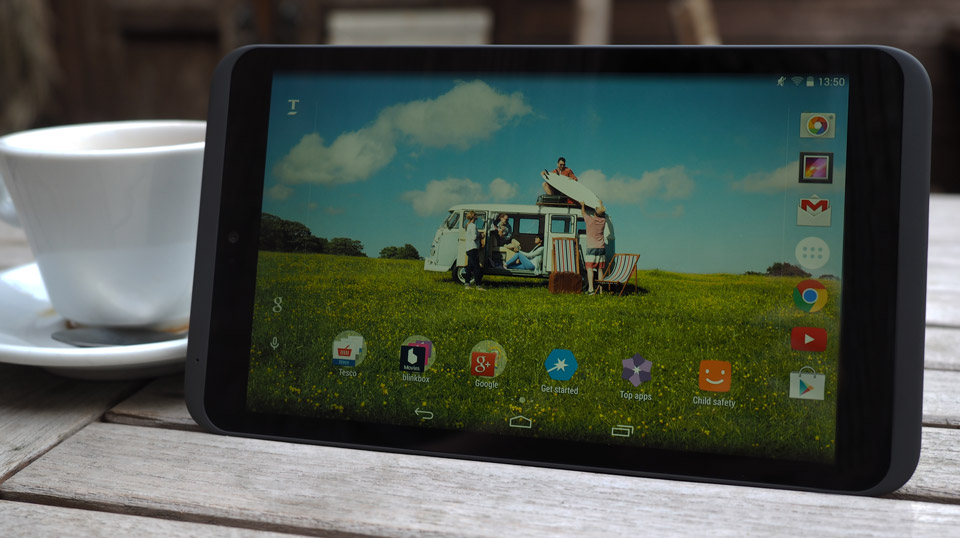 “It doesn’t matter what your phone looks like. You’ll never notice anyway.  Because you, like the overwhelming majority of smartphone buyers in 2014, are going to take your phone out of its box and put it directly into a case, where it will remain for the duration of your two-year contract … If you buy a smartphone, there’s an overwhelmingly large chance that you’ll buy at least one case to go along with it. The NPD Group found in December of 2013 that 75 percent of smartphone owners use a case on the device.”

“The move signifies a change among top smartphone makers from merely offering security features to mandating their use, and at the same time, making them easier to use.”

“Nextbit’s offering is dubbed Baton, and as the name suggests, it lets you quickly pass an app’s state from one Android device to another, meaning you can continue playing on the same level in a game, editing the same document in an app or browsing the same web page right away; with the precondition being the second device must also have Baton and the same app installed.”

“Nextbit’s Baton syncs your Android devices with the cloud at the OS level. You can sync apps from phone to tablet and back without the developer doing anything. Everything is handled by the operating system, no APIs required.” 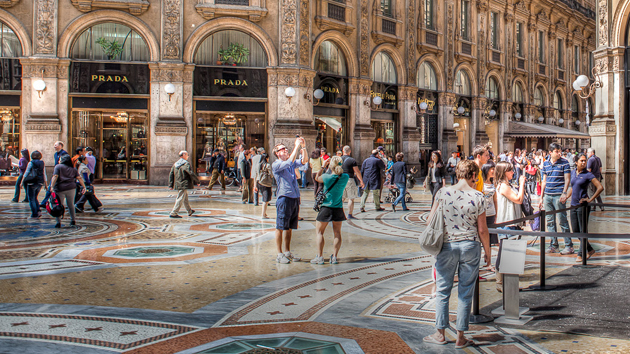 Congrats to @Xiaomi for getting to #3 in mkt share. sorry it only lasted for 24 hours until the @Motorola @lenovo deal closed – we're 3 now!

“If we must pick a fault at this stage, it’d be the main camera module that sticks out a little on the back, which can be forgiven for the sake of maintaining image quality.” 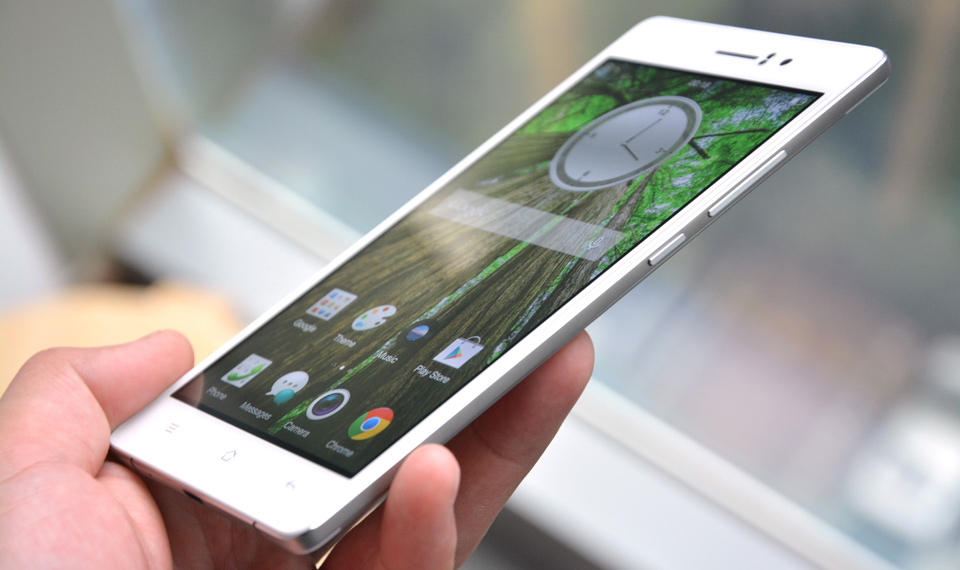 “simplified analysis and powerful pattern detection that enables more users across IT and the business to discover relationships in their data and build advanced analytics.”

“with the exception of data scientists, most of us today are woefully data illiterate… data literacy is built upon data democratization and the user experience. If a platform is difficult, it won’t be used. “

“employers still dream of turning employees into high-performing machines. A new era of Taylorization has begun, thanks to the widespread penetration of technology at work. HR has evolved into people analytics, and talent management has become the organizational guinea pig for big data.”

“Tesco’s decline present a clear and unambiguous warning that even rich and data-rich loyalty programs and analytics capabilities can’t stave off the competitive advantage of slightly lower prices and a simpler shopping experience. Better insights, loyalty and promotion may not be worthless, but they are demonstrably worth less in this retail environment.”

“with big data, it will take decades, I suspect, to get a real engineering approach, so that you can say with some assurance that you are giving out reasonable answers and are quantifying the likelihood of errors.”

“The market for Apple Watch is the number of wrists in the world. To the extent that those wrists will be covered with Apple hardware will determine whether it is successful or not.”

“It’s more smartwatch than activity tracker and is clearly designed to appeal to fitness fanatics. The Surge also has a heart-rate monitor and built-in GPS capabilities that can track pace, distance, and elevation.” 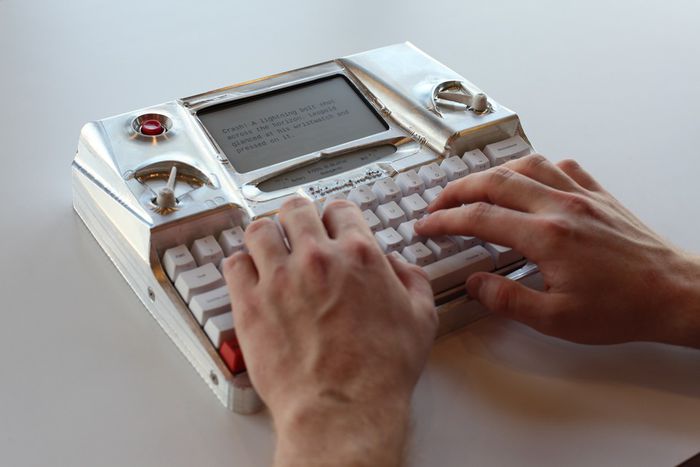 “We analyzed educational trends and tools on the market carefully. To understand what should be improved in PyCharm and how to make it the best educational IDE possible, we polled hundreds of instructors from different universities all around the world.”

“Well, I think women are worried about how other people think of them, and even though I try not to think that way, it is sometimes unavoidable. There is also the opinion that you don’t want to be called “a woman in tech” and singled out because you are a woman. “

“Adobe ended performance reviews in 2012, after the employer noticed greater employee turnover after the annual reviews. In an interview with Human Resource Executive, Donna Morris, Senior Vice president of People Resources at Adobe, says that the reviews were an outdated process and made people feel like they were labeled.”