What the World Needs

We don’t know what we want.  From tech bloggers preaching that we need a new Internet to billionaire obsession with space travel as a way of saving civilization everyone seems to have a view on how to fix up our problems.  The elephant in the room is climate change and ecological degradation which seems less easy to address than flying to Mars.  Ecological guru Mayer Hillman provided the Guardian with something much less grandiose, a haunting and apocalyptic vision of our environmental Ragnarök:

We’re doomed.  The outcome is death, and it’s the end of most life on the planet because we’re so dependent on the burning of fossil fuels. There are no means of reversing the process which is melting the polar ice caps. And very few appear to be prepared to say so. I’m not going to write anymore because there’s nothing more that can be said.

And yet what passes for status quo is maintained. The Facebook hegemony which has become part of the problem landscape for many in 2018 continues to prosper seemingly unaffected by recent negative developments with DAU and MAU up 13% YoY and the company increasing in size by 50% over the same period.  Do enough people care to make any real effort to change our habits?

Amazon Sumerian represents a big bet on AR/VR technology and potentially offers a way to embody Alexa in an avatar:

Both Bloomberg and TechCrunch claimed that Amazon is working on a home robot.  According to Bloomberg the project is called Vesta and seems to

Codenamed “Vesta,” after the Roman goddess of the hearth, home and family, the project is overseen by Gregg Zehr, who runs Amazon’s Lab126 hardware research and development division based in Sunnyvale, California.  … The Vesta project originated a few years ago, but this year Amazon began to aggressively ramp up hiring.  …. It’s unclear what tasks an Amazon robot might perform. People familiar with the project speculate that the Vesta robot could be a sort of mobile Alexa, accompanying customers in parts of their home where they don’t have Echo devices. Prototypes of the robots have advanced cameras and computer vision software and can navigate through homes like a self-driving car.

Alexa is a big bit and getting bigger in terms of investment and attention inside and outside of Amazon.  There is increased focus on rapid creation of Alexa skills and the rising tide is lifting other boats too. MediaTek who make the chips that go inside of Alexa have found smart home and IoT has given them new life after smartphones: 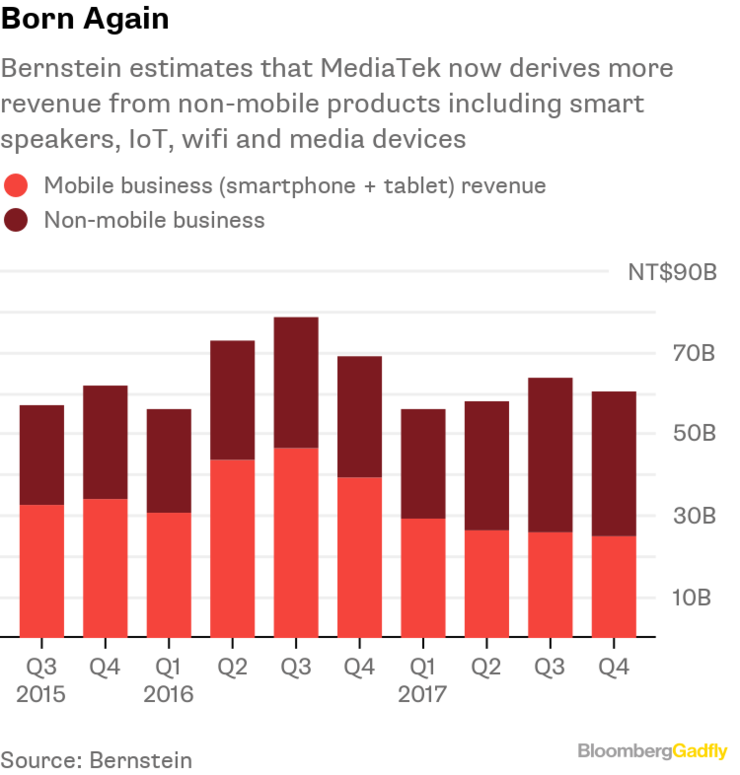 Lab126, Amazon’s hardware division is taking the next logical step up from the Fire Stick  and “has announced a tie-up with Best Buy to sell a handful of smart TVs built on Amazon’s very own Fire TV operating system (OS)“

Emboldened by success the company has raised the cost of Prime Membership from $99 to $119 with hardly a squeak.  Truly we are living in the Age of Amazon where rivals live in fear of the Great White Shark of enterprise with the ability, cash and data to move anywhere on a huge field of play and make and break companies across it:

Of the top 10 US industries by GDP (information, manufacturing non-durable goods, retail trade, wholesale trade, manufacturing durable goods, healthcare, finance and insurance, state and local government, professional and business services, and real estate), Amazon has a finger in all but real estate. … And how confident can the real estate industry be right now that Amazon won’t at some point decide to allow people to buy and sell homes on its platform?

As Amazon marches on, pundits scramble to understand the secret of success.  For one correspondent in Inc, it is a combination of the ‘divine discontent’ of customers, a focus on execution, high standards and a learning culture:

The plain truth is that if you invest in training and teaching, it becomes the single most important determinant of your culture. It creates a culture in which learning, improvement, and growth are an expected part of everyone’s journey.

The high standards aspect is something that Bezos particularly homed in on in his annual shareholders letter insisting that:

3. High standards must be recognized.

BusinessInsider focuses on the ‘weird’ meeting culture based around doc reads and the dreaded Bezos ‘?’ emails.  These practices perhaps provide a useful segue into considering the darker side of Amazon which is never far from the shock and awe.  WSJ report that a typical warehouse worker is making less than $28.5k a year.  And this Guardian article on the secret of their success being the 2PT (two pizza team) engineering model also highlights an inevitable consequence, the accretion of technical debt over time, the result of architecture as palimpsest:

insiders describing a sort of Forth Bridge of technical debt: someone leaves, and someone else has to rewrite all their code to make it understandable to the people still there – but by the time the rewrite is finished, the person doing the rewriting has also left, requiring someone else to start the whole process again.

Wired provide more details on the robot that can assemble an Ikea chair which I was sure was mentioned in the blog a few weeks ago but the only reference I can find is the Task Rabbit acquisition news from earlier this year.  There’s a running gag in HIGNFY about that.

Interesting report on how the use of a boosting cascade deep forest model outperformed other approaches in classification of cancer subtypes based on gene expression data.  The model operates without backpropagation.

The International Federation of Robotics has highlighted South Korea as the country with the highest number of robot workers per human at 631 per 10k humans.  The UK is very far behind:

The United Kingdom, however, was the only major G7 economy with fewer robots (71) per 10,000 workers than the global average in 2016. The IFR says in the UK, industry is in need of investment to modernize and increase productivity. “The low robot density rate is indicative of this fact,” it says. 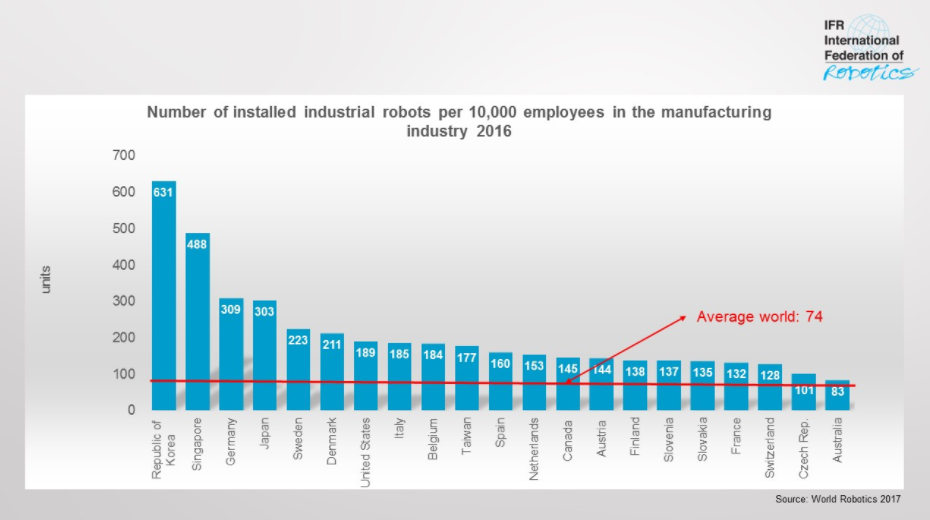 Great FirstRound post outlining behavioural designer Nir Eyal’s hacks for how to avoid distractions.  The three key recommendation he makes are to: a) reclaim your calendar.  “Every minute of your day, from the time you wake up to the time you go to sleep, should be scheduled” because “if you don’t plan your day, you’re guaranteed to not get done what you wanted to get done.”, b) learn to identify, and ignore, the triggers that threaten to derail your thoughtfully scheduled plans, c) identify and understand internal triggers — and how they connect to external distractions. To become “indistractable” requires you to understand the underlying mechanism of internal triggers.

Long read from Tim Urban on picking a career that fits you.  As usual, the post is full of interesting ways of looking at your life and career strategies based on what you want and what you can get in a world where it’s never been more difficult to work it out: 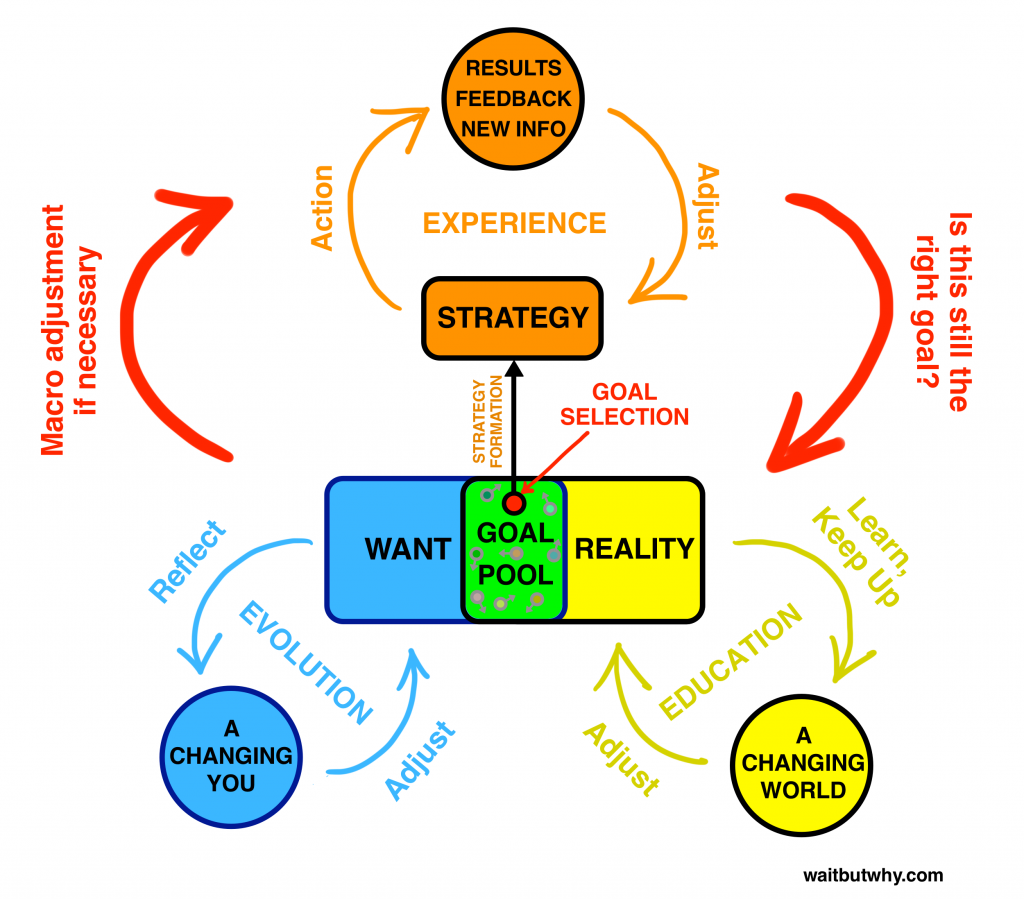 Hackernoon post from Adam Dunkley on how he made the leap from being an engineer to being a tech leader from a startup CTO.

A Stack Overflow respondent on the difference between a string and a byte string:

The only thing that a computer can store is bytes.

To store anything in a computer, you must first encode it, i.e. convert it to bytes.

MP3, WAV, PNG, JPEG, ASCII and UTF-8 are examples of encodings. An encoding is a format to represent audio, images, text, etc in bytes.

In Python, a byte string is just that: a sequence of bytes. It isn’t human-readable. Under the hood, everything must be converted to a byte string before it can be stored in a computer.

#Engineers: Our brilliant head of server engineering @dcreemer curates a magazine for—you guessed it—everything software engineering, from #Python to debugging to UQDS and everything we don't understand in between. Consider it a free course 🤓 https://t.co/GockzazQWF

Adrian Cockcroft at AWS on mapping your tech stack in which he borrows liberally from Simon Wardley’s work on Value Chain Mapping:

For software engineering I think that there are some specifics that MUST be in place for us to achieve this “empirical, scientific approach”. For me, any “Software Engineering Discipline” worth the name must be:

It’s a lesson that is underscored by this reflection on the learnings from a recent Hackathon.  Quality code can be developed under pressure as long as attention is paid to the process and metrics around code submission:

A tiny investment in quality at each commit that pays back 100-fold in all the commits that come after. A drip of oil to keep the machine spinning without friction.

Simon Wren-Lewis a professor of Economics from Oxford on why a recent poll suggests that fantasy economics drove the Brexit vote and that nothing that is on offer is what Leave voters really want.  They genuinely seem to expect more money for public services as the key prize that will emerge.  Seems to be a textbook case of Prospect Theory in action where most respondents still seem to be holding out for an impossible gain from the great gamble.  At some point it will presumably become obvious there are no gains, only relative losses whereupon everyone will align behind the least worst.

This fits with the finding that most Leave voters continue to believe that they will be better off in economic terms as a result of Brexit. Many voted for Brexit because they were told more money would go to the NHS.

The implications of this are huge. The Global Future poll shows that most Leave voters, and certainly most voters, do not want any Brexit deal that is actually possible. They only want the impossible deal they were promised by Brexiters.