The Facebook scandal continues to bubble and although apparently unaffected in material terms, the company feels morally damaged.  It’s fashionable at present to blame Facebook for turning valuable user data into product for advertisers.  As Slate point out, however, we are complicit in allowing this to have happened:

today’s privacy crisis was made possible only by the rise of a new, high-tech, interactive medium capable of tracking and storing users’ every move—a medium that has gone almost entirely unregulated in the name of facilitating innovation.

From a privacy standpoint, advertising and the internet were a match made in hell. The personalized-advertising model employed by Facebook, Google, and other online platforms is the product of that unholy union. And as a society, our acceptance of it amounts to something like a Faustian bargain. To the extent that our personal data has become a product, it’s because we—and our representatives in government—have allowed it to happen.

And as this excellent article explains very well, what has been built as a result is an extremely powerful and targeted marketing platform which is being ruthlessly exploited by ad scammers, affiliate network cowboys and others to milk gullible users:

“They go out and find the morons for me,” I was told by an affiliate who sells deceptively priced skin-care creams with fake endorsements from Chelsea Clinton. 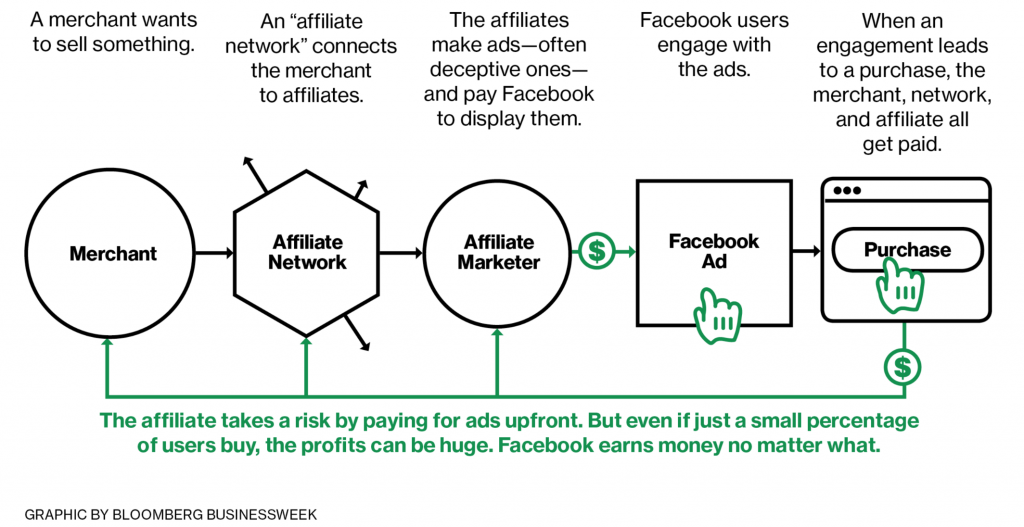 The question of who owns our personal data has never been more politicized and even Tim Berners-Lee is getting in on the act with his Solid proposal which aims to separate application logic from data ownership.  However, there is no simple straightforward answer.   We simply have to have a more widely informed debate:

The single thing that every citizen and every corporate decision-maker needs to understand is that the enormous data stores that government, government agencies, corporations, trusts and individuals hold are as much a key part of national and international infrastructure as the road network. Countries take national responsibility for ensuring that transport infrastructure is fit for purpose and protected against the elements and attack. They should take the same responsibility for data infrastructure.

Developments with Facebook have helped illustrate why trust is one of, if not the, most important quality any organisation can build a defensible position around.  It takes years and significant leadership change to turn things around though it is possible to do, if you keep your focus in the right place, as Microsoft are increasingly demonstrating as they continue their journey from evil to ethical empire:

Actions, not words, are what ultimately foster trust – and Microsoft’s actions have set it apart.

Jean-Louis Gassée at MondayNote comments on Jeff Bezos, a CEO who can write, highlighting some key quotes from previous shareholder letters including this one introducing the famed six-pager docs:

“We don’t do PowerPoint (or any other slide-oriented) presentations at Amazon. Instead, we write narratively structured six-page memos. We silently read one at the beginning of each meeting in a kind of “study hall.” Not surprisingly, the quality of these memos varies widely. Some have the clarity of angels singing. They are brilliant and thoughtful and set up the meeting for high-quality discussion. Sometimes they come in at the other end of the spectrum.”

He also quotes Bezos from his latest newsletter on the four elements of high standards highlighted in the last newsletter:

So, the four elements of high standards as we see it: they are teachable, they are domain specific, you must recognize them, and you must explicitly coach realistic scope. For us, these work at all levels of detail. Everything from writing memos to whole new, clean-sheet business initiatives. We hope they help you too.”

However, as Gassée points out, becoming like Bezos is not teachable:

Gassée again with another very perceptive Monday Note on why it makes absolute sense for Amazon to graduate from making Fire Sticks to Fire TV sets:

a Fire TV set solves the “Input 1” problem, the default connection that comes up when you turn the TV on. Not important? Think of the billion (or billions — some say three) that Google is rumored to pay Apple to be its default search engine on the iPhone. Mutatis mutandis, being the default Source of Everything must be worth billions to Amazon, it more than justifies the effort of cajoling and paying TV makers such as Toshiba to put a Fire in their lineup.

Mall owners and retailers are falling out over growing online sales that aren’t being reported IRL.  By 2027 over 25% of all purchases will be conducted online with Amazon set fair to profit hugely from this trend: 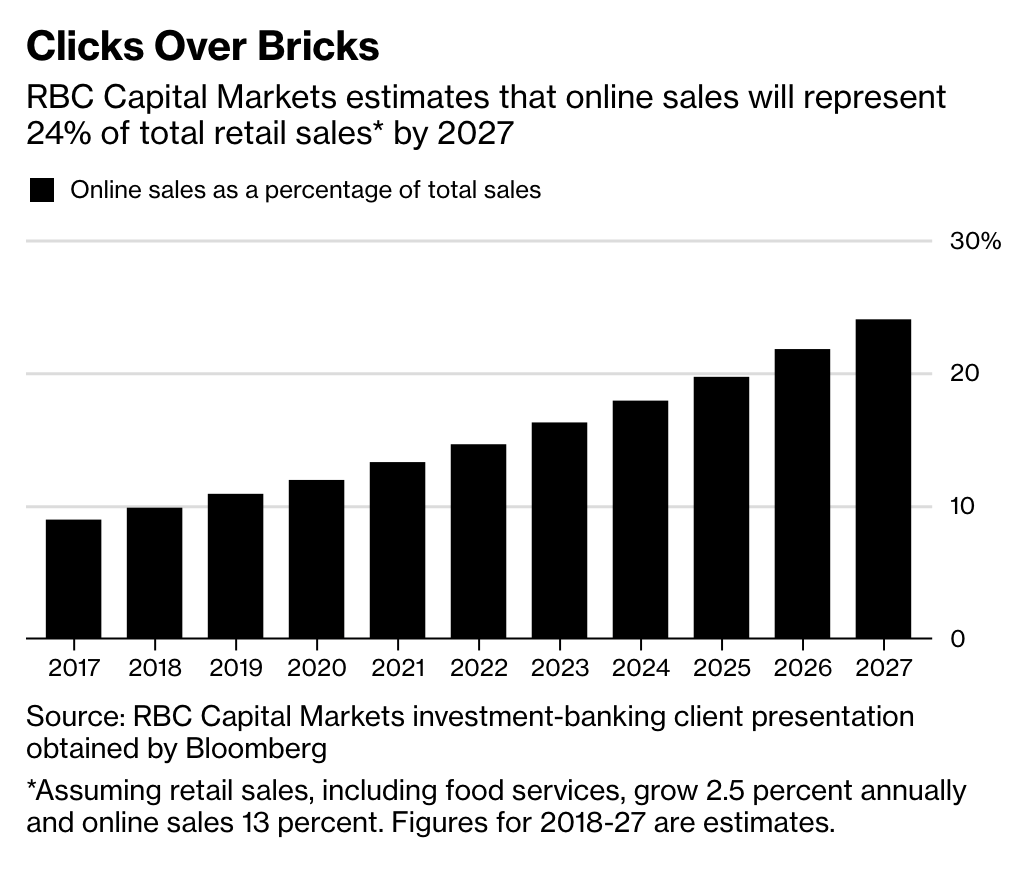 Forbes reviewer is highly impressed with Lighthouse, “the next big deal in home security technology“:

Strictly speaking, Lighthouse isn’t so much a traditional home security camera as it is a product that can precisely discern what’s going on its field of view. While other security cameras can record video in a binary fashion when motion is detected, the upside of Lighthouse (which can’t be over-stressed) is that you don’t have to hunt through hours of video recording to figure out what happened while you were away from home. 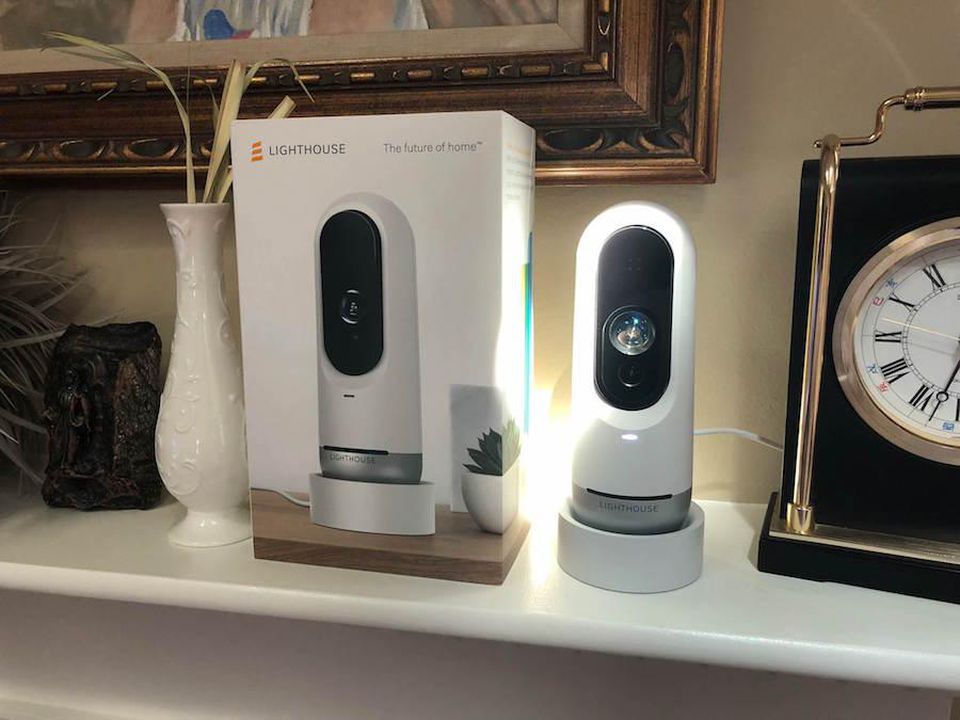 Lobe is a deep learning made simple proposition:

Songkick’s engineering growth framework is a good model for other startups looking to scale their engineering organisation and provide employees with clear career paths: 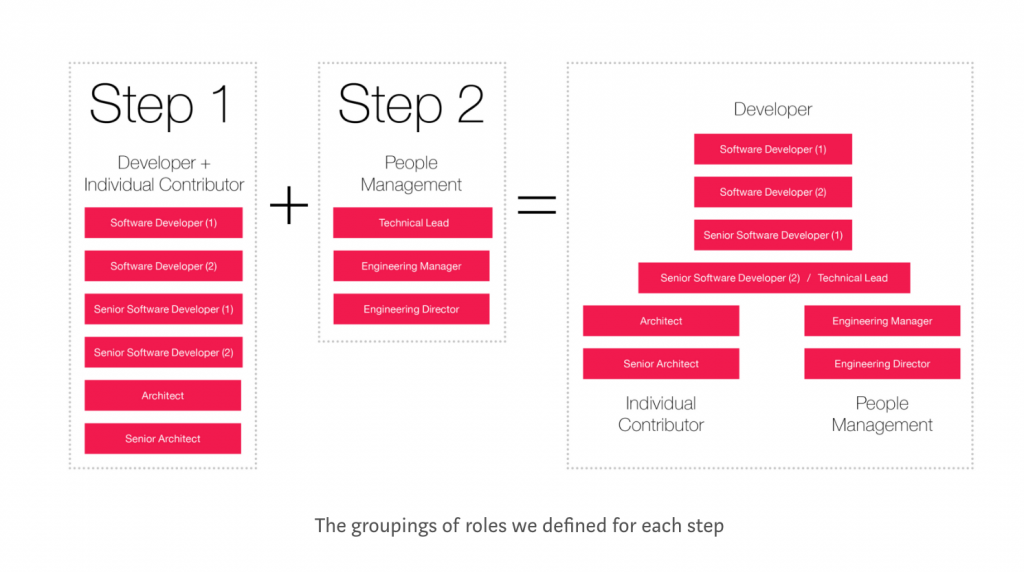 Awesome collection of some great recent Python articles including an excellent post on optimising pandas performance and supporting a million requests per second with the high performance japronto web framework leveraging epoll, asyncio and HTTP pipelining.

Software veteran and luminary Uncle Bob Martin challenges the software industry to “grow up” with some fascinating observations and opinions on the current state of software engineering:

Martin would doubtless approved of high quality documentation.  This O’Reilly post outlines some useful guidelines on how to develop good documentation:

The most important rule of good documentation is for it to be as inviting as possible. This means that we should aim to write it in the clearest terms possible without skipping over any steps. We should avoid making assumptions about what our users may know.

Great post on writing WebAssembly by hand exploring a  TDD workflow using node.js and the axel console library to build an implementation of Conway’s Game of Life on the console:

unlike JavaScript [WebAssembly is] not a language you are expected to use directly, instead it is a compilation target for an ever-growing range of languages including C / C++, Rust, C# and TypeScript. However, it is actually possible to write WebAssembly directly by hand. It turns out this is an educational and enjoyable process, which I will explore in this blog post.

Testing in the age of DevOps provides some valuable insights into associated engineering practices and metrics.

Quartz on the history of the resume.  Some great stats:

21x: Number of views that LinkedIn profiles with photos receive, compared to those without

6: The average number of seconds recruiters spend sizing up a resume, according to a Ladders study (which may or may not be totally scientific)

50,000: Number of resumes Google receives in a week

10: Minimum years of work experience necessary to justify a two-page resume. (In the US anyway: German resumes are a whole different story.)

We need to work less as a matter of life and death.

Work has not diminished in society. Rather, it has continued to dominate our lives, often in ways that are detrimental to our health and well-being. Many US workers have found themselves working more than eight hours a day – the dream of working less promoted by their forebears has turned into a nightmare of long hours of work, for no extra pay. UK workers have not fared much better, at least in recent years, facing lower real pay for the same or longer hours of work.

The Guardian reviewed a new book on work and life in low wage zero hours Britain from James Bloodworth, a modern Orwell working undercover, who offers another searing indictment of modern capitalism and the Precariat it has given birth to:

In this exceptional book, James Bloodworth sets out to work among “that now permanent class of people who live a fearful and tumultuous existence characterised by an almost total subservience to the whims of their employers”

Foreign student visa numbers from India and China have declined sharply since Donald Trump became president.  Not really any surprise: 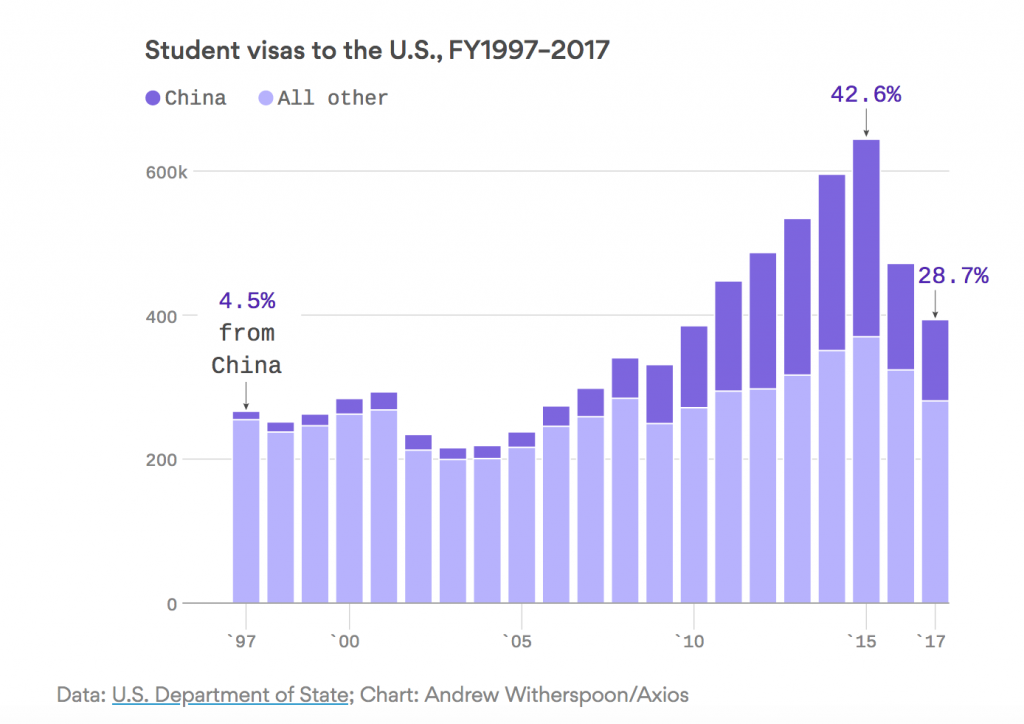 A Quartz opinion piece that suggests that Trump may be onto something with his trade policies citing evidence that foreign competition particularly relating to computer equipment manufacture rather than automation has really cost America millions of jobs:

US policymakers put diplomacy before industrial development at home, offering the massive American consumer market as a carrot to encourage other countries to open up their economies to multinational investment. Then, thanks to the popular narrative that automation was responsible for job losses in manufacturing, American leaders tended to dismiss the threat of foreign competition to a thriving manufacturing industry and minimize its importance to the overall health of the US economy.

In China, only the security services have access to an individual’s dang’an, the personal file containing every scrap of information the state keeps on them, from exam results to their religious and political views.

CBInsights look at the possible future of information warfare including a prediction that fake news will soon be supplanted by fake audio and video with huge ramifications for democracy:

“Democracy depends on an informed electorate, and when we can’t even agree on the basics of what’s real, it becomes increasingly impossible to have the hard conversations necessary to move the country forward… The cumulative effect of this is a systemic erosion of trust, including trust between people and their leaders.” 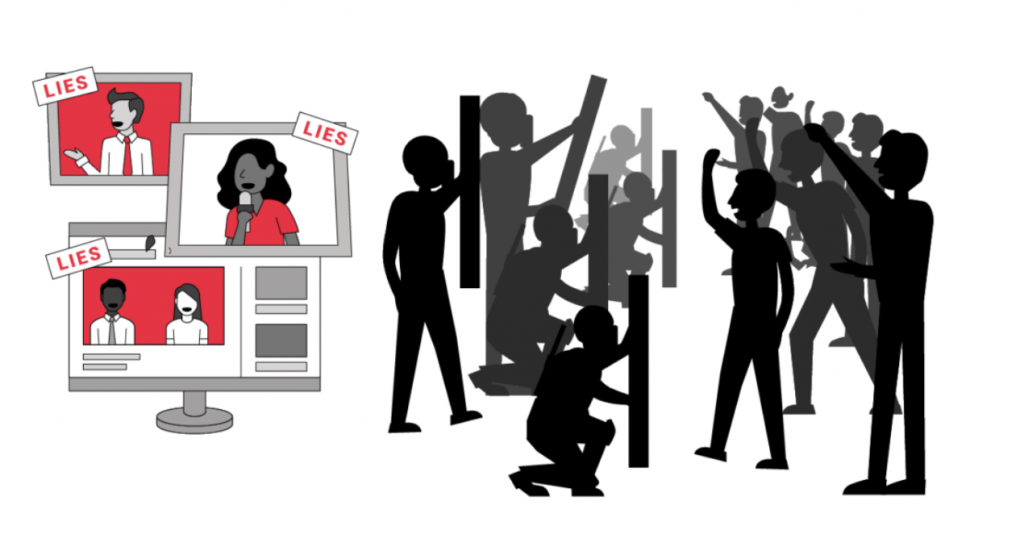 Stephen Hawking’s final paper proposes a cap on the number of possible universes within the multiverse that emerged from the Big Bang and suggests that our universe is a hologram.  It also sounds impenetrably difficult to explain in layman’s terms.

Even the MIT Technology Review is not immune to what appears to be the over-zealous application of technology as a fix for climate change in this case carbon capture.  The problem with this sort of magical thinking is that it merely encourages recidivists to continue their status quo laissez-faire approach under the assumption that a tech hack is around to corner to fix the problems.