“The risk of something seriously dangerous happening is in the five year timeframe. Ten years at most.” – Elon Musk

Science has “outgrown the human mind” according to Quartz and Renaissance Man is no more drowned under a tsunami of data and exponentially expanding collective knowledge base:

The twin challenges of too much quantity and too little quality are rooted in the finite neurological capacity of the human mind. Scientists are deriving hypotheses from a smaller and smaller fraction of our collective knowledge and consequently, more and more, asking the wrong questions, or asking ones that have already been answered. Also, human creativity seems to depend increasingly on the stochasticity of previous experiences–particular life events that allow a researcher to notice something others do not. Although chance has always been a factor in scientific discovery, it is currently playing a much larger role than it should.

As with many other things, the solution may lie in automation.  In this case of the scientific process itself:

Human minds simply cannot reconstruct highly complex natural phenomena efficiently enough in the age of big data. A modern Baconian method that incorporates reductionist ideas through data-mining, but then analyses this information through inductive computational models, could transform our understanding of the natural world. Such an approach would enable us to generate novel hypotheses that have higher chances of turning out to be true, to test those hypotheses, and to fill gaps in our knowledge. It would also provide a much-needed reminder of what science is supposed to be: truth-seeking, anti-authoritarian, and limitlessly free.

Doing this may “summon forth the devil” that noted AI Cassandra Elon Musk insists we must all talk about. 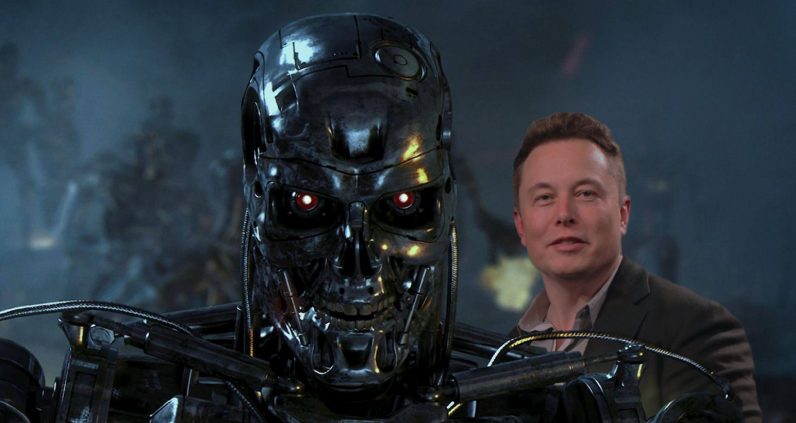 Capsule Networks have been mentioned in the blog recently. They represent an improvement upon convolutional neural networks for image classification. This video provides an excellent introduction on how they work.  In fact it’s one of the best deep learning explanations on video I’ve come across:

By way of comparison, this article on the information bottleneck theory is well nigh impenetrable.

Google is planning a path into China through AI investments:

The internet giant is actively promoting TensorFlow, software that makes it easier to build AI systems, as a way to forge business ties in the world’s largest online market, according to people familiar with the company’s plans. It’s a wide pitch targeting China’s academics and tech titans. At the same time, Google parent Alphabet Inc. is adding more personnel to scour Chinese companies for potential AI investments, these people said.

The Amazon HQ2 saga is turning into a late capitalist embarrassment of riches as 238 cities try and outdo themselves to secure 50k additional workers.  Danny Westneat of the Seattle Times calls out the unsavory nature of what’s going on:

There’s rising worry that corporations are taking over America. But after reviewing a slew of the bids by cities and states wooing Amazon’s massive second headquarters, I don’t think “takeover” quite captures what’s going on.  More like “surrender.” 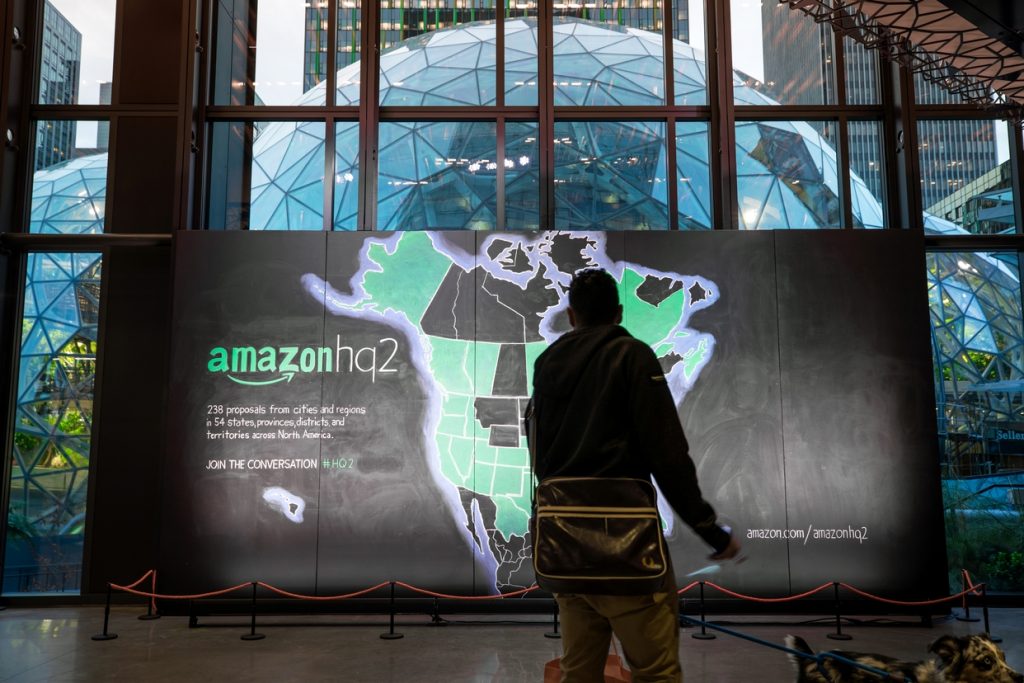 TheInformation on what the Walmart vs. Amazon battle is really about – the shelf space in a shop is not the same as the Platonic neatness of an Amazon fulfillment centre:

A box in a 12-pack of cereal could get crushed as it leaves the stockroom. Someone may drop a jar of jam on the floor, and the staff member who cleans it up may forget to adjust the inventory count. Customers frequently change their minds about what they want to buy and leave the unwanted item on the nearest shelf. In contrast, at a distribution center (or fulfillment center, as Amazon calls them), items such as toys and books are handled in bulk and sometimes by robots, which makes to easier to track items.

In order to simultaneously deliver multiple bandwidth-intensive UHD and VR streams over the same 5G link, BBC R&D’s Turing Codec, a state-of-the-art H.265/HEVC open-source software video codec, was used to compress the content prior to its transmission. … Moreover, this was the first time that the HEVC Turing codec has been deployed in a 5G scenario, demonstrating the codec’s interoperability with the 5G wireless system, the state of the art displays and the VR headgear.

Python is revolutionising Machine Learning and Data Analytics.  This example from the Kubrick Group highlights how pandas and scikit-learn can be leveraged quite straightforwardly to build a very powerful document analysis tool.  In this case TF-IDF, LDA, K-Means clustering and PCA combine to build an unsupervised visualisation of the connections inherent in a collection of 3000 pdf documents on a web site. 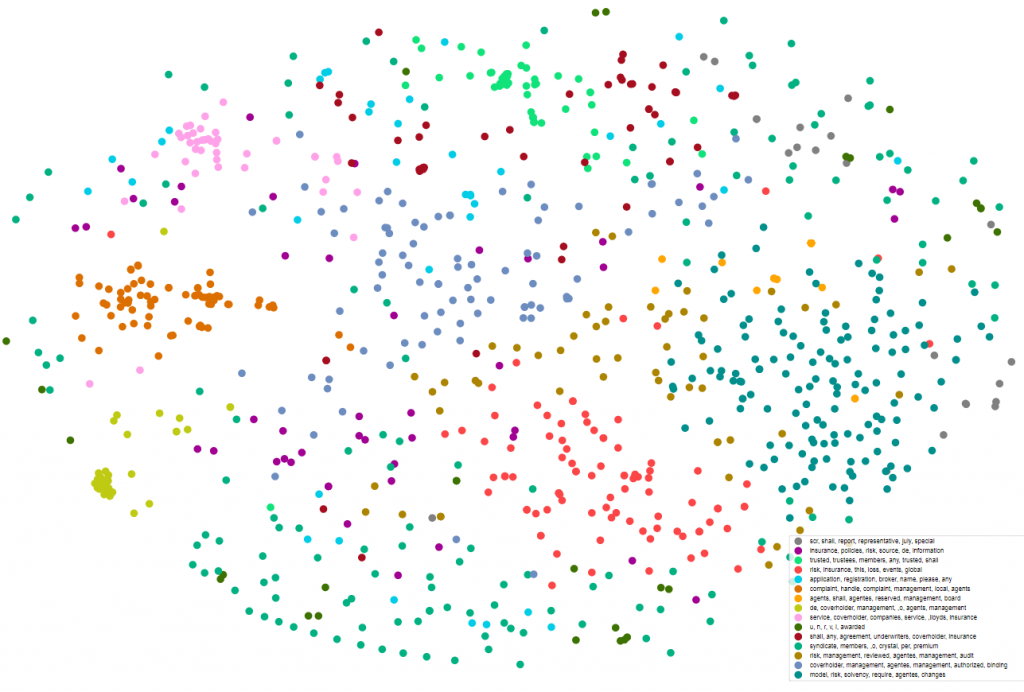 Good FirstRound post on how to close the deal with candidate offers.  It’s all about finding and speaking to the drive that really gets them up in the morning:

Once you understand a candidate’s motivations, you have to make that your North Star throughout the recruiting process.

This on the other hand from Facebook seems to be quite different from my personal experience of work in a Silicon Valley firm.  It seems to portray an extreme sort of tech fantasy playground but if this is what gets you going in the morning then this narrative will be calling out to you too:

As we dive deeper in to the beautiful Sussex countryside I lose connectivity and switch to writing code. I’m currently making improvements to the open source ReactVR Pairs example which uses Replicated Redux stores to easily network ReactVR applications and demonstrates how the approach can be used to build sophisticated optimistic consistency mechanisms to hide network latency.

The Millennial wealth gap is huge and growing.   Theirs could be the most unequal human generation ever.  That inequality extends to educational range as well.  It’s a huge social problem in the making as those at the forefront of scientific advance push the barriers beyond the understanding of all but the most highly educated.  In so doing they are in effect making science as much a matter of trust as evidence.  Widespread education for instance seems to have done nothing to counter the charlatans pushing the Flat Earth movement back into fringe normalcy:

Unfortunately, this boundless doubting could take us right back to the stone age – and not in a time machine we’ve invented. The accumulation and advance of human learning, and therefore of civilisation, relies on things being written down and subsequently believed. It’s built on trust.

Carole Cadwalladr of the Guardian asks how a violent and abusive video posted by Leave.EU following her ground-breaking work on shady Russia-Leave connection can stay up on Twitter for 42 hours:

If the video had been posted outside my house, I could have physically removed it or called the police. It’s illegal in Britain to incite violence. But in the walled gardens of the internet, there was nothing anyone could do. …

I’m not biased. I’m furious. I’m boiling with rage. The bullies are winning. Lies are winning. This assault on truth, justice, democracy is winning. And we can’t even see it. That video – created by a British political organisation, facilitated by a global technology platform – will have an impact on other women. On other journalists. It’s another line crossed.

Haunting Gizmodo article on the last of the iron lungs used to treat those seriously afflicted with Poliomyelitis.  Ought to be required reading for those who doubt the efficacy of the modern polio vaccine.  We are vaccinated as children for a reason: 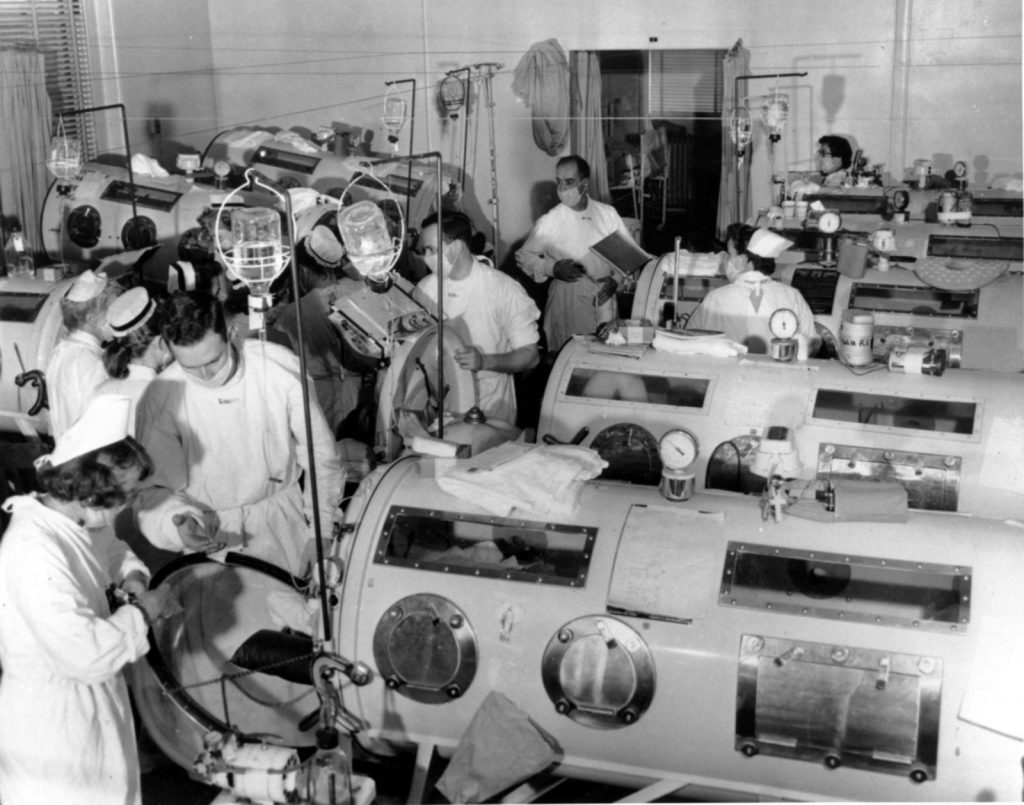