Stephen Fry recently gave a lecture at Nokia Bell Labs on the Future of Technology and Humanity. It’s an amazingly erudite tour de force covering among many other things the awesome power of exponential growth and how social media has been invaded by trolls:

Fry cites numerous recent AI advances in the lecture including AlphaGo. However, Geoff Hinton’s work on capsule networks was too new even for Fry. It’s an advance which threatens to overturn current neural network paradigm with a system that needs far less data to be trained rather like the infant human brain.

Small wonder with all these breathtaking steps taking place that even mainstream religion itself is being impacted by a small number of new religions obsessed with AI.  They channel an incendiary mix of transhumanism and theosis:

“We are making God as we are implementing technology that is ever more all-knowing, ever-present, all-powerful and beneficent. Geoethical nanotechnology will ultimately connect all consciousness and control the cosmos.”

Meanwhile other humans way behind the curve are simply coopting what they can from the tech surfeit in which we in the West bathe in whichever way makes their harsh lives marginally easier. Theirs is a life far from GAFA as Kevin Kelly who spent time with them makes clear revolving around three basic needs:

They get a signal from the air, energy from the sun, and a motorcycle from China. And they can still pack up and move everything in a hour.

Never has it seemed more important to take a step back and have a revolution in consciousness and human thinking:

The only answer lies within us, we need to find the answers to what we want in our lives and how we want to live our lives in the future. Only when we vibrate positively to what we really want in our lives, we can create a community and movement that can outgrow the negative spiral many of us are in today.

Wired on Geoff Hinton’s capsule networks which were first alluded to in the blog a couple of newsletters ago.  Intriguingly, they represent a change in direction to more closely mimic brain structure:

In some ways, capsule networks are a departure from a recent trend in AI research. One interpretation of the recent success of neural networks is that humans should encode as little knowledge as possible into AI software, and instead make them figure things out for themselves from scratch. Gary Marcus, a professor of psychology at NYU who sold an AI startup to Uber last year, says Hinton’s latest work represents a welcome breath of fresh air. Marcus argues that AI researchers should be doing more to mimic how the brain has built-in, innate machinery for learning crucial skills like vision and language.

The revolution may be coming but as any data science amateur knows and Kaggle’s 2017 survey makes clear, the biggest problem for data scientists is dirty data: 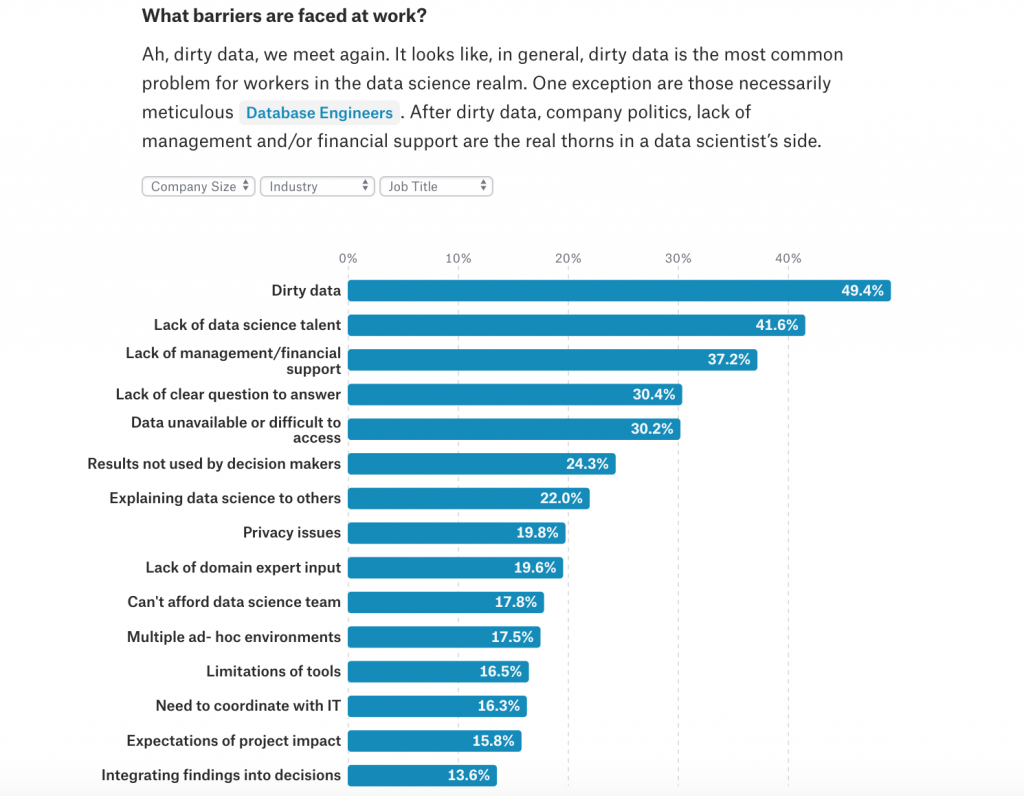 Why you should use Keras for prototyping and TensorFlow for everything else.

Even The Register is now offering tips on learning AI with a noticeable tilt towards Keras for it’s simplicity.

Relatedly, why you should stop using word2vec for building word vectors and use this alternative formulation for building your model instead:

It’s a hell of a lot more intuitive & easier to count skipgrams, divide by the word counts to get how ‘associated’ two words are and SVD the result than it is to understand what even a simple neural network is doing.

NVidia have created a GAN (generative adversarial network) that is able to render truly photorealistic fake celebrities by using a seed collection of real ones as a starting point:

P3 instances allow you to build and deploy advanced applications with up to 14 times better performance than previous-generation Amazon EC2 GPU compute instances. With up to 8 NVIDIA Tesla V100 GPUs, P3 instances provide up to one petaflop of mixed-precision, 125 teraflops of single-precision, and 62 teraflops of double-precision floating point performance. P3 instances also feature up to 64 vCPUs based on custom Intel Xeon E5 (Broadwell) processors and 488 GB of DRAM.

Amazon now employs over half a million staff.

The Guardian has had significant financial success in the last year in increasing its paid membership base and securing one-off donations:

a quadrupling in the number of readers making monthly payments under the title’s membership scheme, which has grown from 75,000 to 300,000 members in the past year. .. The paper has also slightly increased – to 200,000 – its subscriber base for its print and digital products. And in a development which has even surprised senior Guardian executives, a further 300,000 individuals have made single donations to the paper, which has been posting appeals at the end of articles, urging readers to financially support its commitment to open access journalism.

NYT on how fake news on Facebook is implicated in the ethnic cleansing of the Rohingya:

Social media messaging has driven much of the rage in Myanmar. Though widespread access to cellphones only started a few years ago, mobile penetration is now about 90 percent. For many people, Facebook is their only source of news, and they have little experience in sifting fake news from credible reporting.

How much of this can be attributed directly to the platform provider rather than the way it has been and is being used is a moot point however and one thoughtfully explored by Ben Evans in this post where he compares Facebook to a fashion trend:

Facebook writes algorithms, and designers cut the cloth, but that doesn’t mean they control what people look at or what people wear.

Fashion or not, they will have to kowtow to the Chinese authorities to get anywhere – the communist party will need to come first if they are to do business in the country.

As Brexit continues to career towards its inevitable and highly uncertain endgame of likely ejection without terms from the EU aka a “controlled suicide”, the NYT suggests, brutally, that no one knows what Britain is any more.

Britain is undergoing a full-blown identity crisis. It is a “hollowed-out country,” “ill at ease with itself,” “deeply provincial,” engaged in a “controlled suicide,” say puzzled experts. And these are Britain’s friends.  Rather than a vote for a global Britain and economic liberalism, Brexit was a vote for protectionism, and its political system now “is deeply provincial and introverted at a time when Britain is supposed to be heading out into the world.”

Wired on the lucrative gains to be had from being a Kaggle wizard.

Quartz outlines the major revelations to date found within in the Paradise Papers.

Inspiring article about a non-conformist couple that live outside society foraging off the land in the backwoods in a modern day update on Thoreau and rather than being coy about it, hold forth on a number of controversial topics:

“Modern civilisation, the suburban life just doesn’t suit men’s nature. It leaves men feeling constantly unchallenged. I’d say a third of the population are seriously unhappy.” He finds it startling that, with the advances in birth control, the majority of women still choose to have children. “I’ve met so many interesting women in their 20s, then along comes 30 and they succumb to the pressure. You think: ‘Why did you do nothing else with your life?’” 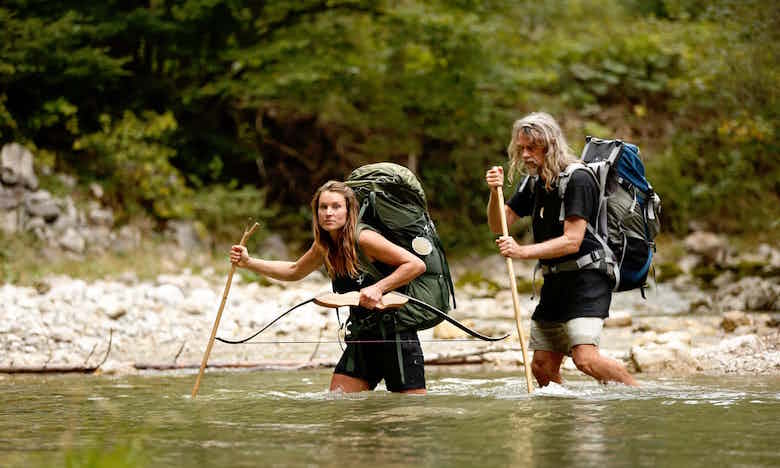