Sam Kriss published a blistering take on what he learned about the state of tech after attending the Collision tech expo in New Orleans. He started by reminding us of that well-worn Accelerationist trope, namely that the future belongs to those that code:

To survive in the coming era of automation, you have to bring it in faster; announce its apocalypse, learn to code, add yourself to the army of programmers building an appier tomorrow.

However, upon asking “Code what?  To do what?  And why?” he finds the answer is not at all inspiring:

What you actually get is just code, sloshing around, congealing into apps and firms that exist simply to exist. Uber for dogs, GrubHub for clothes, Patreon for sex, Slack for death, PayPal for God, WhatsApp for the spaceless non-void into which a blind universe expands. The constant recombination of worn-out elements. Companies that make useless products to help other companies make useless products that help other companies make useless products. There are start-ups that spend tens of thousands on names and branding before they even come up with a product or see if anyone might want it. This is called innovation, but what it actually represents is a culture that piles up the garbled detritus of the old in lieu of creating anything new, and a morbid economic order drowning in its own surplus liquidity and willing to invest in any bubble that comes along.

Rather than representing an exciting new future, Kriss argues that “tech is the halo of rot spreading over the globe“.  Little wonder that he concludes on a grim message, that this isn’t progress nor are we yet out of it:

Behind the network-ready grins of all the digital sibyls, beaming about smart appliances and AI interfaces from dozens of stages, I could see something familiar … the rabid determination to keep on building a broken world. We don’t need a tech revolution, we don’t need to learn how to code. What we need, at long last, is for something to finally change.

Technology meant to liberate has instead helped to polarise society in a way that human evolution has not equipped us to handle as Jonathan Haidt points out in The Righteous Mind. We are wired to not to listen to rationale argument but to adapt facts to fit our instinct and core beliefs which leaves us dangerously open to manipulation by advances in technology we can barely grasp:

Traits we evolved in a dispersed world, like tribalism and righteousness, have become dangerously maladaptive in an era of rapid globalization. A pure scientist would let us purge these traits from the gene pool by fighting and killing one another. But Haidt wants to spare us this fate. He seeks a world in which “fewer people believe that righteous ends justify violent means.” To achieve this goal, he asks us to understand and overcome our instincts. He appeals to a power capable of circumspection, reflection and reform.

The techno-utopians sold us hover cars and the Information Superhighway. Instead, thanks in significant part to adroit political exploitation of that same lauded technology of personal enablement, we got Donald Trump who in the greatest of ironies has ridden to power off the back of cryptoanarchists oblivious to the longer-term consequences of their work:

After decades of exaggerated prediction, the internet is finally transforming politics, but not in the way the digital prophets expected. The 90s, you may recall, were awash with optimism about our online future: limitless information and total connection would make us more informed, less bigoted and kinder citizens. But the internet is an overwhelming mess of competing facts, claims, blogs, data, propaganda, misinformation, investigative journalism, charts, different charts, commentary and reportage. It’s not the slow and careful politicians who have thrived in this busy environment, it’s the people with the shareable cut-through messages. Donald Trump might very well be the first truly social-media politician: his emotion-filled, simplistic blasts are perfect for the medium. 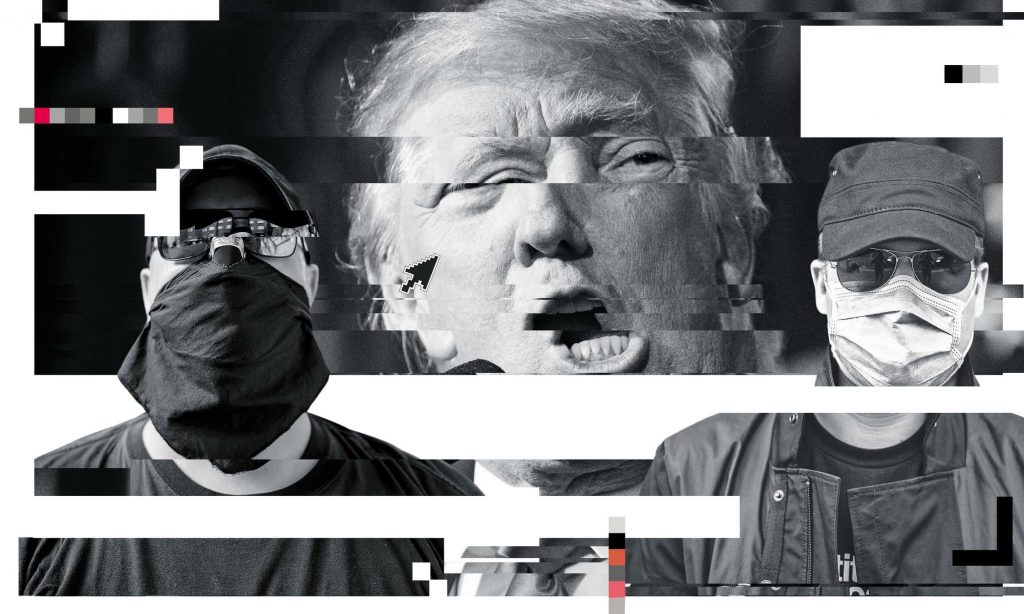 Progress isn’t a given.  It can be reversed.  There are real consequences to these recidivist developments.   Climate change for one has been set back years by events of over the last 18 months.  It can’t have failed ambitious populists the world around that self-interest rather than altruism is what is going to get them elected:

Until people vote on the issue, Republicans will find it politically safer to question climate science and policy than to alienate moneyed groups like Americans for Prosperity.

Interesting contrarian perspective suggesting that even if you have a small sample set, deep learning could be a viable choice for building a machine learning model:

even your average person with only a 100-1000 samples can see some benefit from deep learning. With all of these techniques you can mitigate the variance issue, while still benefitting from the flexibility.

It’s welcome news for iOS developers interested in leveraging the new CoreML library which introduces comprehensive support for both standard as well as deep learning methods directly on the phone including support for importing existing models such as LeNet, Inception v3 and VGG16.  This is precisely the sort of advance that will democratise access to machine learning:

In addition to supporting extensive deep learning with over 30 layer types, it also supports standard models such as tree ensembles, SVMs, and generalized linear models. Because it’s built on top of low level technologies like Metal and Accelerate, Core ML seamlessly takes advantage of the CPU and GPU to provide maximum performance and efficiency. You can run machine learning models on the device so data doesn’t need to leave the device to be analyzed.

Not to be outdone, Google will release TensorFlow Lite later this year as open source. It’s aimed at supporting machine learning directly on smartphones using the same approach developers would use for TensorFlow in the cloud.

Machine Learning integrated into Google Sheets will allow users to “visualise data instantly” and include predictions:

Alexa now has a video skill.

Ben Horowitz of a16z on distribution and why you need to pay careful attention to it if you want to succeed.  A sure recipe for failure is to assume you or the business model you’re copying will magically do it for you irrespective of your product:

If you want to build a successful company, your distribution strategy must be a function of your product and your target market. If you insist on designing your channel based on your personality, inability to handle the diversity required to mix sales people and engineers, or a lust for Drew Houston’s business model, then please give my condolences to your employees.

Another a16z post on why it’s essential for a startup to have a VP Engineering to set the right tone and culture within engineering from the outset and ensure discipline rather than ad hocracy prevails:

A strong VP of engineering provides the backbone for an engineering function that withstands the pressure of the business, while also growing the org and without letting it collapse under the weight of an ad hoc process. Setting the right culture and the right process is something you want endemic to the organization, independent of size — and that’s exactly what hiring the right VP of engineering at the right time will do.

A collection of black and white photos attempt to convey what Walden Pond looks like today. 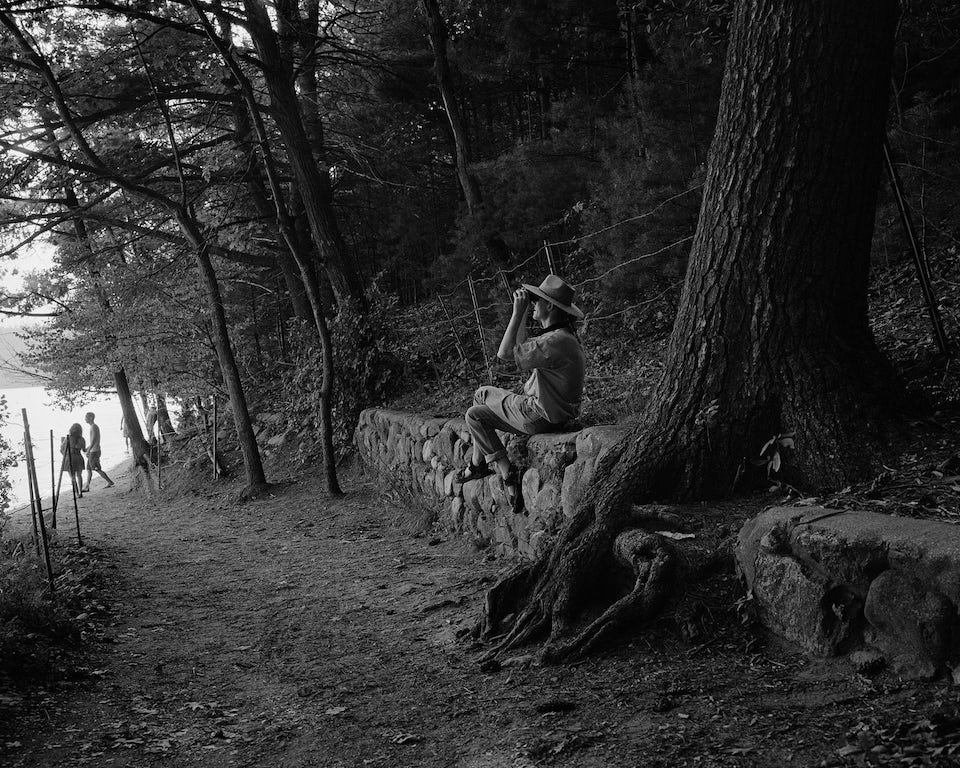 Theresa May failed to secure a ‘strong and stable’ government.  Instead the electorate delivered a hung parliament that has left the country in a deeper mess than it already was:

And here’s the number one single the BBC refused to play that the MSM really should have taken more note of as an indicator of the raw anger of younger voters in particular: 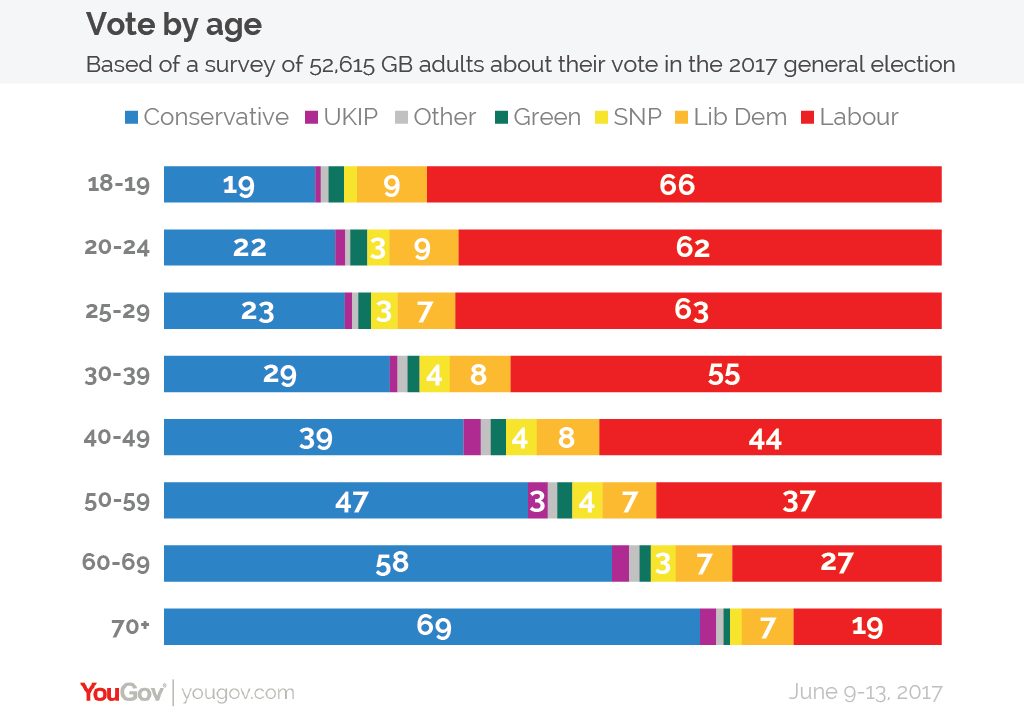 There’s more sense in Lord Buckethead’s views on Brexit than anything that came out of the General Election campaign:

Alastair Campbell was damning in his post-election analysis suggesting her tone after the result suggests she hasn’t learnt anything and will not stay on for long:

Brexit is the most difficult and complicated set of negotiations any Prime Minister has had to deal with since the second world war. She needs to stop thinking only she knows how and involve people across her party and across the spectrum.

The Guardian too suggested her ‘victory’ was pyrrhic and tried to explain how the Labour tide swept into what were considered safe Conservative seats like Reading East.  Stewart Lee merely considered the outlandishness of the result that no-one really predicted foretold through a typically surreal portent by way of Coldplay.