The Future and Its Enemies

“Whatsoever therefore is consequent to a time of Warre, where every man is Enemy to every man; the same is consequent to the time, wherein men live without other security, than what their own strength, and their own invention shall furnish them withall. In such condition, there is no place for Industry; because the fruit thereof is uncertain; and consequently no Culture of the Earth; no Navigation, nor use of the commodities that may be imported by Sea; no commodious Building; no Instruments of moving, and removing such things as require much force; no Knowledge of the face of the Earth; no account of Time; no Arts; no Letters; no Society; and which is worst of all, continuall feare, and danger of violent death; And the life of man, solitary, poore, nasty, brutish, and short.”
– Leviathan, Thomas Hobbes

Many in the UK and US welcomed 2017 with a sense of foreboding and uncertainty.   Time magazine caught the zeitgeist by invoking the spectre of a G-zero world where leading powers have retreated into narrow national interest and protectionism and given up on globalisation.

In such times, a world on edge, with fingers on metaphorical triggers, it’s probably best not to dwell on how the combination of ageing Cold War era nuclear control and command systems could cause World War III by mistake:

These machines have been carefully and ingeniously designed to kill us. Complacency increases the odds that, some day, they will. The “Titanic Effect” is a term used by software designers to explain how things can quietly go wrong in a complex technological system: the safer you assume the system to be, the more dangerous it is becoming. 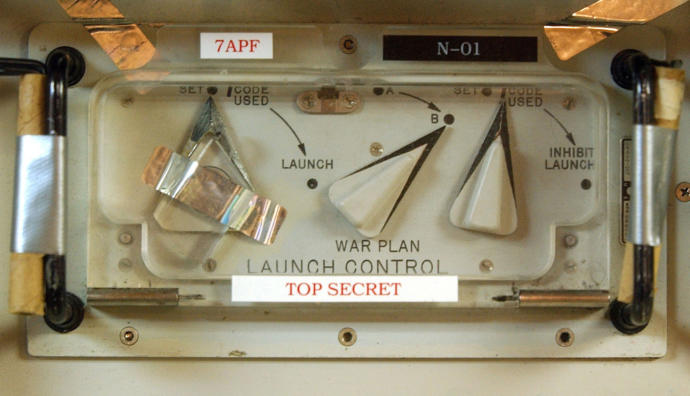 The US tech industry can expect difficult times ahead in 2017.  It seems very likely that the techno-utopian ideal of net neutrality will go, one of the first casualties of the new wind of change. Technological unemployment will continue to grow as a global societal concern too.  Developments such as Amazon’s reported plan to launch a self-driving car presumably in part to remove the driver in the loop of their fulfilment model may end up driving further negative sentiment towards Silicon Valley.  Bob Cringely also suggests difficulty for tech in another key area, the Internet of rooted Things.  He predicts a rIoT in 2018 following a year of more zombie attacks of the Mirai variety:

“I predicted the Internet of Things would become a security nightmare and that definitely happened when home routers began to turn into zombies.   It’s only going to get worse, though I’ll hold off on predicting specific remedies until a year from now because it will take that long (or longer) for the pain to become large enough to help the smoke clear.  This will be a major prediction area for me in 2018.”

Trump’s unashamed enthusiasm for carbon fuels likely to loom large across 2017 is not only unwise in compounding global warming and resource depletion.  It doesn’t even make economic sense as solar panels have finally become a cheaper way of producing energy.

We’re also going to be hearing a lot more about aliens from respectable sources as the tech to find their traces advances and as we succumb to escapist fantasies in the face of what’s going on here.

The New Yorker is on fire this week. pic.twitter.com/0VRshbLsNW

The NYT on how America has become just another ‘-stan’.

Jello Biafra on how Trump stole the election:

The notion that ‘the revolution will not be televised’ seems to have been stood on it’s head by the election of a reality TV star to the role of supposed leader of the free world.   Ironically the calamitous decline of the US manufactured television set tells us about the dangers of ignoring globalization and the need to set the fervour around trade deals in context.  First you have to have something foreign consumers want to buy and that doesn’t happen unless you carefully study and research consumers in competitor nations, not trash them:

US television manufacturing wasn’t killed by bad trade deals or competition from cheap labor abroad. It was done in by its own inward focus on the domestic market and its own failure to see the global opportunities at hand—and it won’t be resurrected by protectionist trade policies that encourage businesses to repeat these mistakes. 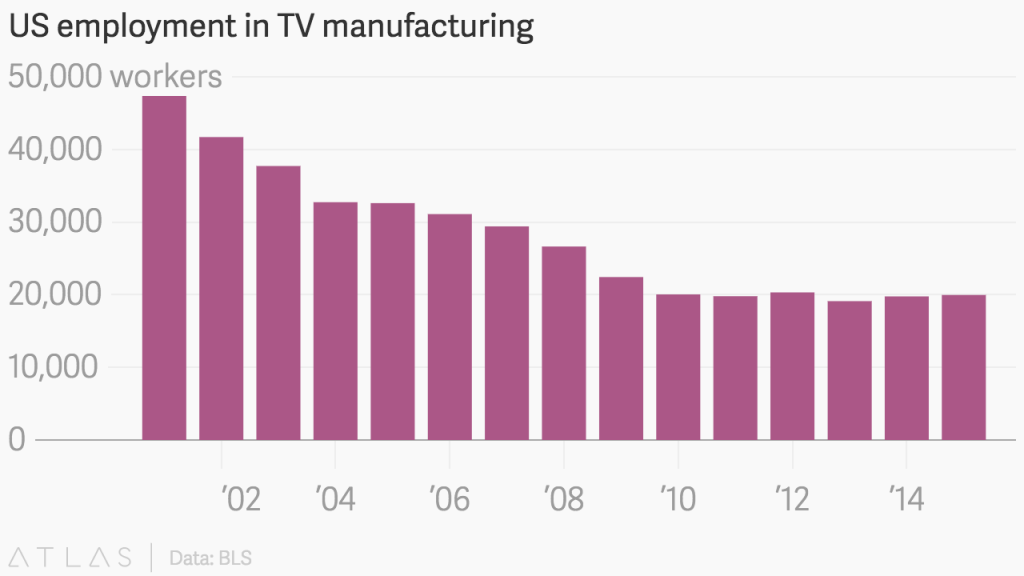 How China built ‘iPhone City’ with billions of dollars of help and support from local government in Zhengzhou:

“The local government has proved instrumental, doling out more than $1.5 billion to Foxconn to build large sections of the factory and nearby employee housing. It paved roads and built power plants.”

But things have changed over the last few years:

“China, under the leadership of President Xi Jinping, is growing less tolerant and more suspicious of Western influence, particularly American technology companies and the huge influence they have over Chinese consumers.”

Irrespective of President Trump’s actions, it seems inevitable that US companies will struggle to make way in China with Xi Jinping in charge.  Trump’s ascent will make it more difficult yet.

Nokia may sense an opportunity in not being American. Their first Android phone will be China only.

Practical deep learning, computer vision and fashion at gilt.com in the shape of a dress similarity model: 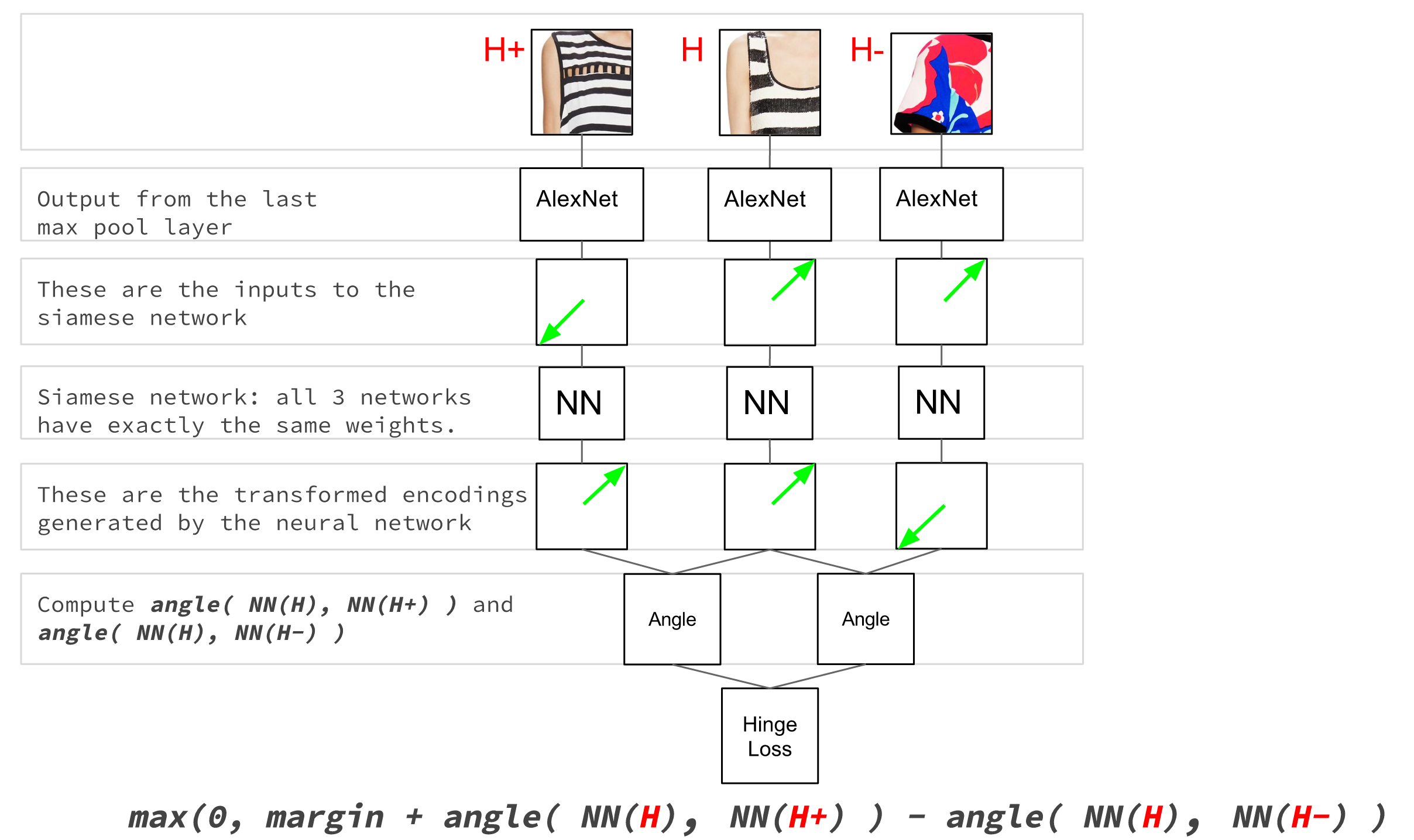 Japanese workers are already being replaced by AI. 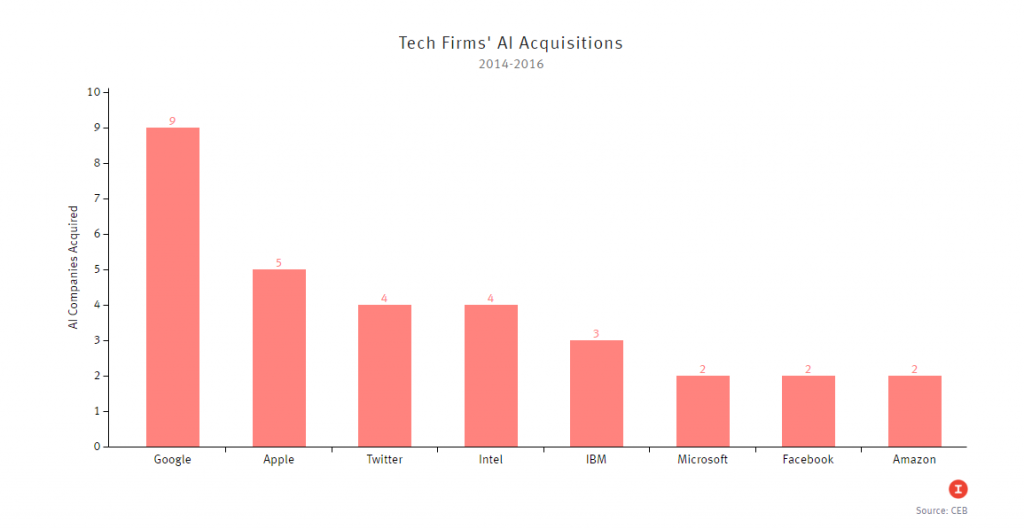 A quick overview of serverless, the next big thing for cloud computing:

“Anyone using serverless right now is way at the front of the adoption curve,”

The Information on why 2016 ended up being a year of disappointment for bots which were outshone by Alexa which as this excellent stratechery post points out is Amazon’s operating system that will enable the company to become the tax collector of the future for everyone and everything: 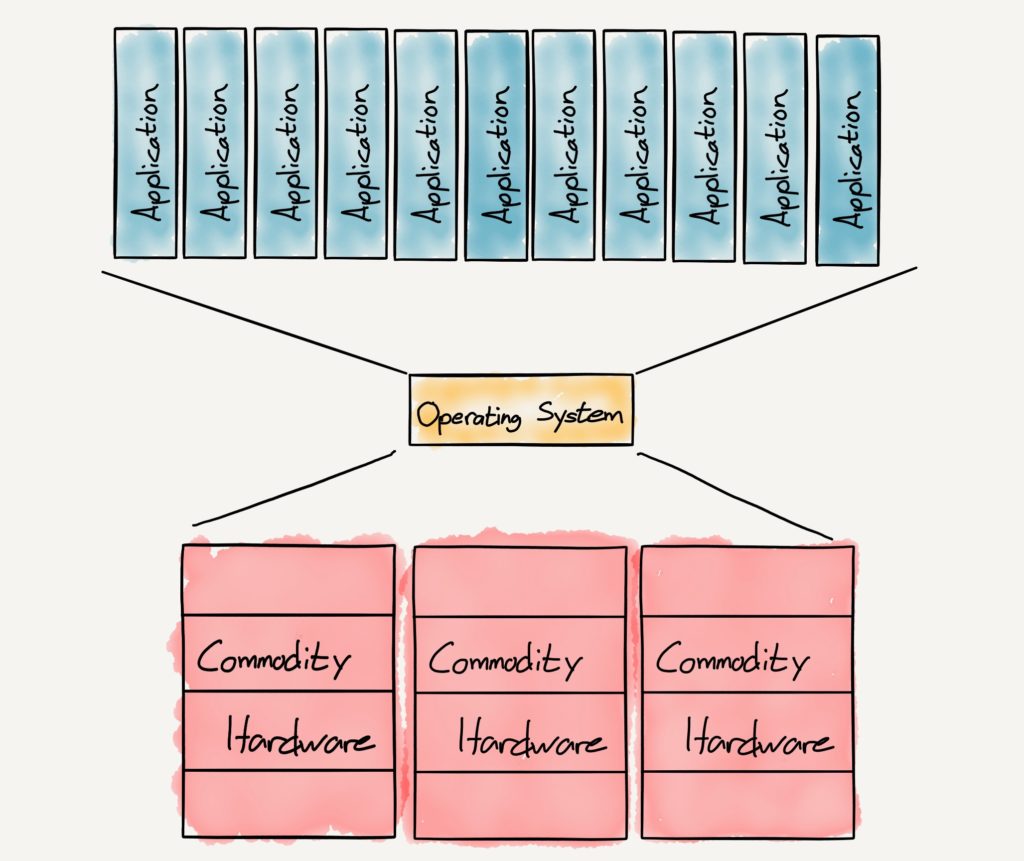 WeChat launched a mobile app platform to compete with Apple.

Atlassian have acquired the ever-popular Trello for $425million.

Steven Sinofsky takes in CES – it was full of products, many of them IoT related.  This smart hairbrush feels a step too far though.  Nobody needs a smart comb:

A slew of important articles ‘every data scientist should read’.

It’s never too late to learn to code.  However, you probably don’t want to start with JavaScript.  This article on the state of JavaScript in 2016 reveals it’s complicated:

The PMP and how it Ruined Project Management.

Being grumpy and bad-tempered can work.

scientists are increasingly recognising that grumpiness may be beneficial to the full range of social skills – improving language skills, memory and making us more persuasive.

The ever-erudite David Wood’s best books of 2016 reading list which includes the next one on mine, Yuval Noah Harari’s Sapiens.