Simon Wardley’s Corporate Get Fit Plan is a superb and essential read for anyone interested in the business of digital transformation. In it he provides a roadmap and toolkit for conducting a strategic assessment of a company, what he calls “a hundred day corporate get fit plan for a newly appointed executive“.  It starts with a frank appraisal of where you’re starting from followed by the contextual awareness development leading to a value chain mapping exercise and subsequent analysis to develop a considered view of what your build vs. buy strategy should be across your business.  Wardley is particularly insistent on the importance of understanding the context for your business – what works for Uber isn’t appropriate for a funeral parlour:

Understanding context is key to applying these ideas but such situational awareness is a rarity in corporates. The lack of it causes visible symptoms such as poor communication, misapplication of doctrine (e.g. agile everywhere or six sigma everywhere), massive cost overruns in contracts, silos, duplication, constant reinventing of the wheel and a long list of other undesirable effects.

The more maps you collect, the more obvious the duplication and bias will become. This can account for huge sums of money. I’ve seen past projects go from £60M to £800K and £1.6M to £96K just by removing duplication and bias. Don’t be shocked to discover levels of waste that exceed 90%+. It’s not you’re making some sort of mistake; it’s just this level of waste exists and very few have gone looking for it in a systematic way. If you clear out the waste, it’ll give you lots of muscle when it comes to strategic gameplay but that’s why this 100 days is all about getting fit.

The doctrine (or methodology) used to address different areas of the value chain maps for the business needs to be dimensioned as part of a bigger picture of the strategic landscape: 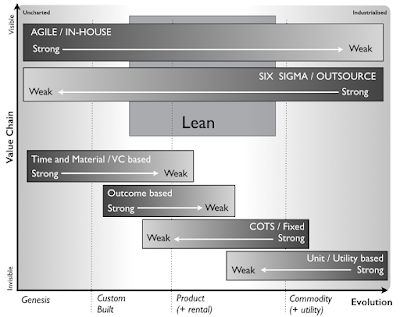 Which is likely to result in all the usual corporate antibody activation from those that are affected by the new strategic “gameplay” being developed:

To begin with people don’t tend to like to be challenged. You’ll also get bluster such as “I don’t have time for this”, “We have to sign this contract now” etc. You will experience (as I have done) numerous times when someone will be arguing that you need to sign a contract today for £10 million or the world will end. Be prepared to say “no” and to explain that until they produce a map or talk to another group then the project will not proceed. Be prepared for other execs to play power games but stick to the line “If we can’t explain user needs or what we’re actually spending the money on or you can’t be bothered to not duplicate another group’s work then we’re not spending £10 million”.

It’s the sort of strategy advice that you might reasonably expect from McKinsey and other similar management consultancies albeit for very large sums.  As a bonus extra Wardley also provides this amusing representation of the fundamental dynamic at work: 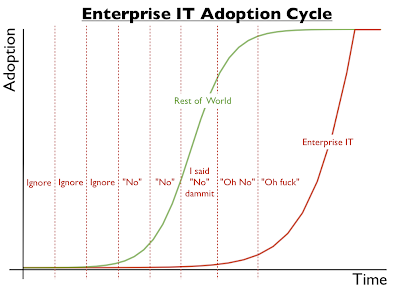 Lesson 2. Skate to where the money will be, not where it has been

One very easy way to “revive” a consumer electronics brand is to just slap it on some generic, white-label product with a custom enclosure and maybe an extra feature or two and call it a day. This is exactly what the Commodore PET phone appears to be. It has a 5.5″ 1080p IPS OGS display with Gorilla Glass 3, 2 or 3GB of RAM, 16 or 32GB of storage, a 13MP rear camera, 8MP front, and a 3000mAh battery. It claims to run on Android 5.0. The octacore MediaTek MT6752 chipset in the Commodore PET is something of a clue, too – it is used extensively in no-name budget-brand and custom-label smartphones created by companies in China. 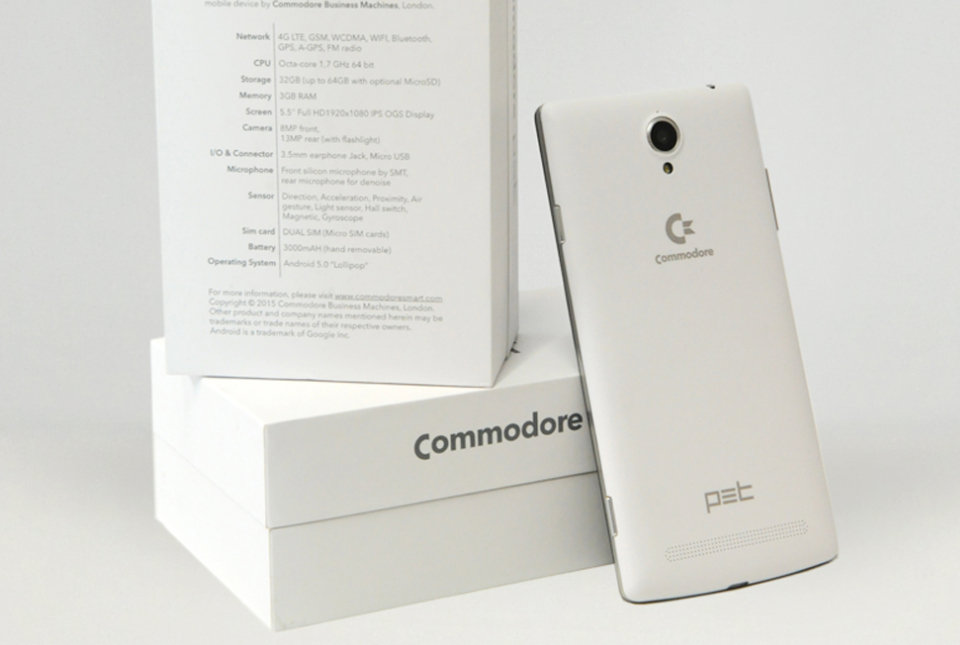 Huawei said that its sales increased by 30 per cent in the first half of 2015, with the company citing “stable and healthy growth” across its operating units.

It’s likely that Marshall isn’t creating this phone itself, instead working with a manufacturer to build the device on its behalf. 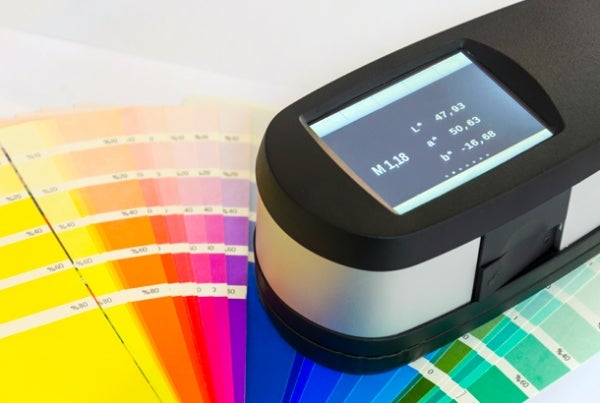 There is a theory is that much of Google’s more left-field work is an employee-acquisition cost, it being much easier to hire and retain gifted programmers to write lucrative advertising algorithms if they believe they will be able to work on developing artificial intelligence one day. 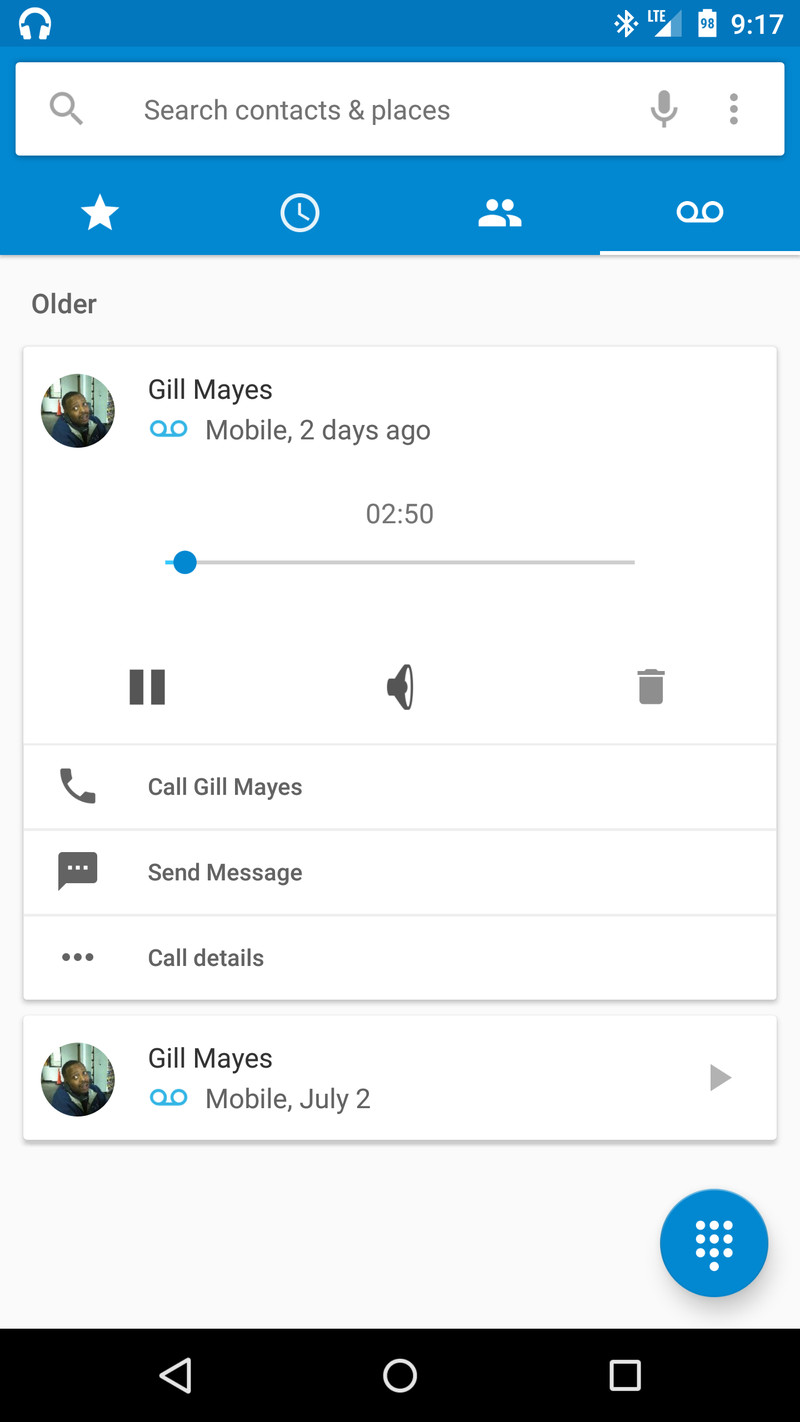 desktop is for dad. pic.twitter.com/dofeOo58r1

mobile users will now be able to curate and personalize their news feeds by selecting the friends and pages whose posts will appear up top.

The share of Americans for whom Twitter and Facebook serve as a source of news is continuing to rise. This rise comes primarily from more current users encountering news there rather than large increases in the user base overall, according to findings from a new survey. It could rival services like Magic, which lets you request services like grocery deliveries or flight bookings by sending a text message.

That level of premium customer care was hard and expensive to provide before, but machine learning and better computer/human workflow tools means that startups can actually build the best of the former middlemen, but now offer those services to everyone due to better cost structures. Think Mandarin Oriental concierge service at Super 8 prices.

I think we’re at a tipping point for mobile payments in the UK. Of course it’s going to take time, but yet again it seems like Apple is exploiting its unstoppable momentum to kick-start the market, leaving rivals such as Google’s Android Pay and Samsung Pay on the back foot once more.

The company is building out shops within Facebook Pages, essentially mini e-commerce sites that give businesses a chance to set up second homes within its walls. The shops are still in the testing phase, but some already feature “buy” buttons that allow the entire shopping experience to occur within Facebook — from product discovery to checkout.

Alongside the launch, Google will offer the Nearby API and Proximity Beacon API to help developers focus on how to transmit data to devices that are in range of select beacons, while allowing them to monitor beacons to make sure everything is running smoothly.

Even with generous rounding errors, the Watch has failed to become the status quo object in wearables. And for Apple, that’s a flop.

POL, to vastly simplify the definition, is a computerized data collection and analysis method used to establish a subject’s past behavior, determine its current behavior, and predict its future behavior. The number and type of data points that go into this analysis, particularly as it pertains to humans as the subject, have been increasing exponentially over the last decade.  The technique can but does not necessarily involve artificial intelligence (AI) and machine learning.

A quick search for MongoDB reveals that there are nearly 30,000 instances on the Internet that don’t have any authorization enabled.

The vast majority of public MongoDB instances are operating in a cloud: Digital Ocean, Amazon, Linode and OVH round out the most popular destinations for hosting MongoDB without authorization enabled. 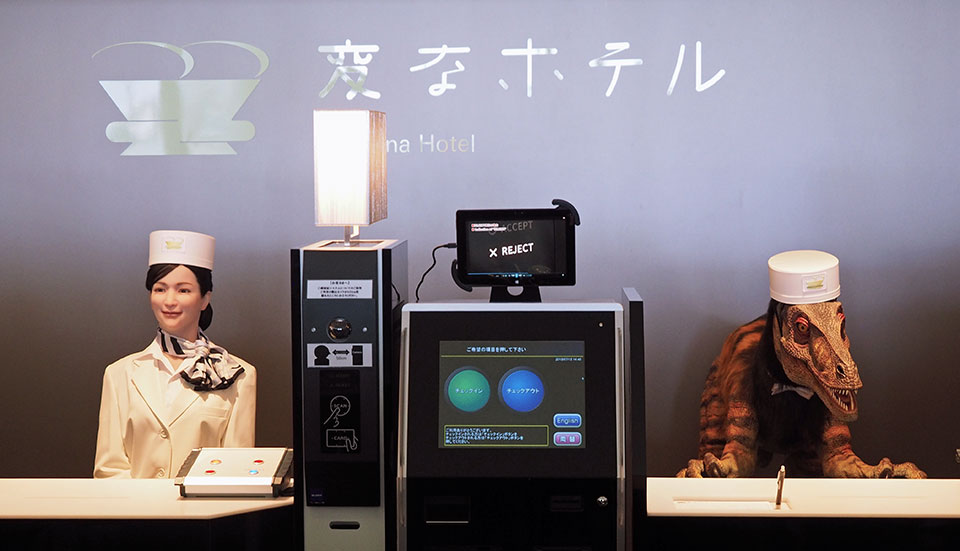 GoDaddy’s vision is to radically shift the global economy toward small business by empowering people to easily start, confidently grow and successfully run their own ventures.

Our self-driving cars are being hit surprisingly often by other drivers who are distracted and not paying attention to the road.

By fully embracing autonomous vehicles, humanity will free up billions of hours to spend in more flexible and potentially rewarding ways. The fact that driverless vehicles will significantly reduce driving-related deaths and the costs associated with them is an extremely valuable aspect of them. But what makes them truly disruptive is not only their capacity to save lives – it’s their capacity to save minutes and hours, and help billions of people live more productively year after year.

I set up my WordPress website and purchased shared hosting on Hostgator. And I spent days and nights customising my WordPress plugins. I even went on to god knows how many blogs and left comments without even reading any of their articles. I made sure, however, to come back and check whether the moderator had approved my comment so that I would get the backlink.

You can always give Medium a try or you can also publish your essays first on your own website and cross-post them on Medium after few days. … No matter where you blog, just type. And Medium is a great place to test your writing skills on a built-in audience before making plans for a blog nobody may ever read. 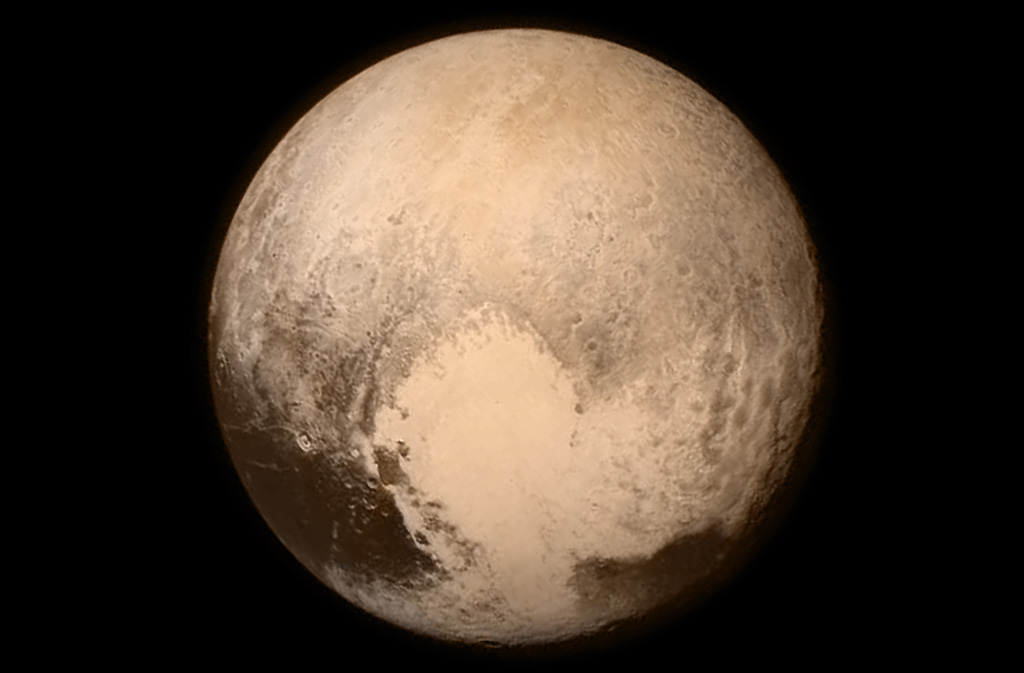 Developers matter a great deal to businesses. From telecom to fashion, from logistics to lighting, today’s competitive battles are won and lost by attracting developers. 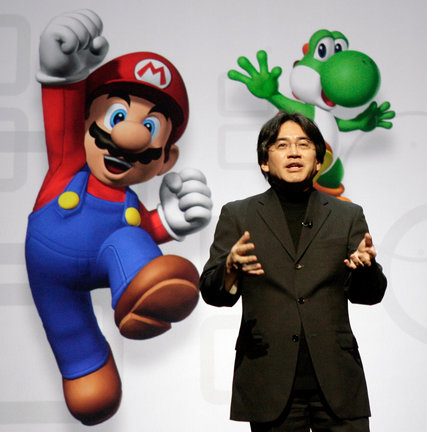 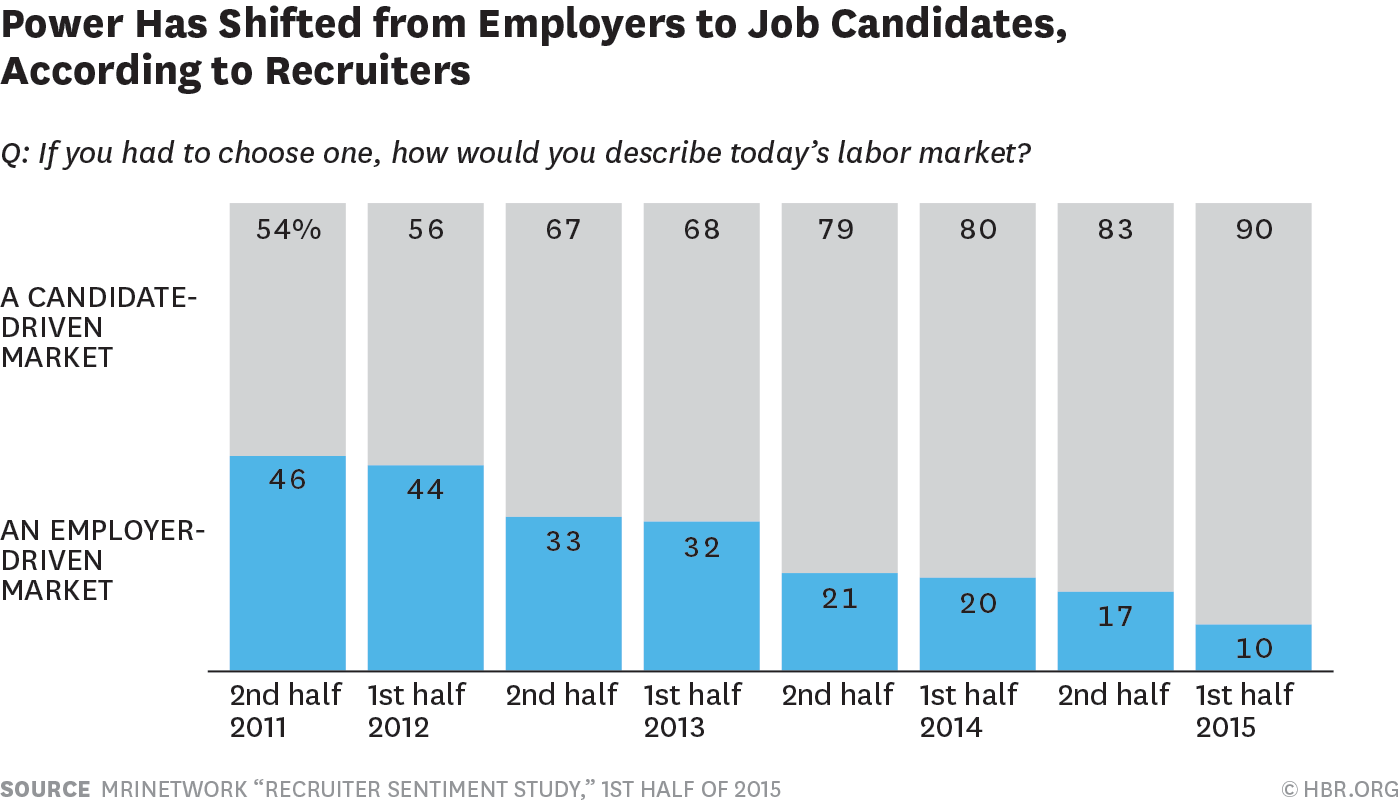 At Facebook and Google, why are many new CS graduates offered 120k+ with a 30-120k signing bonus while those with a few years experience are offered a baseline salary with no bonus?

“Entrepreneurshit. It never ends. It’s not all glamor. It’s mostly not glamorous at all. It’s just something you have to do. Often because you’re unemployable. Your impertinence would get you fired in 2 days for telling your boss he’s a fuck wit. And it’s why you probably will quit on day 366 after the acquisition.”

Uber is not so much a labor-market innovation as the culmination of a generation-long trend.  Even before the founding of the company in 2009, the United States economy was rapidly becoming an Uber economy writ large, with tens of millions of Americans involved in some form of freelancing, contracting, temping or outsourcing. 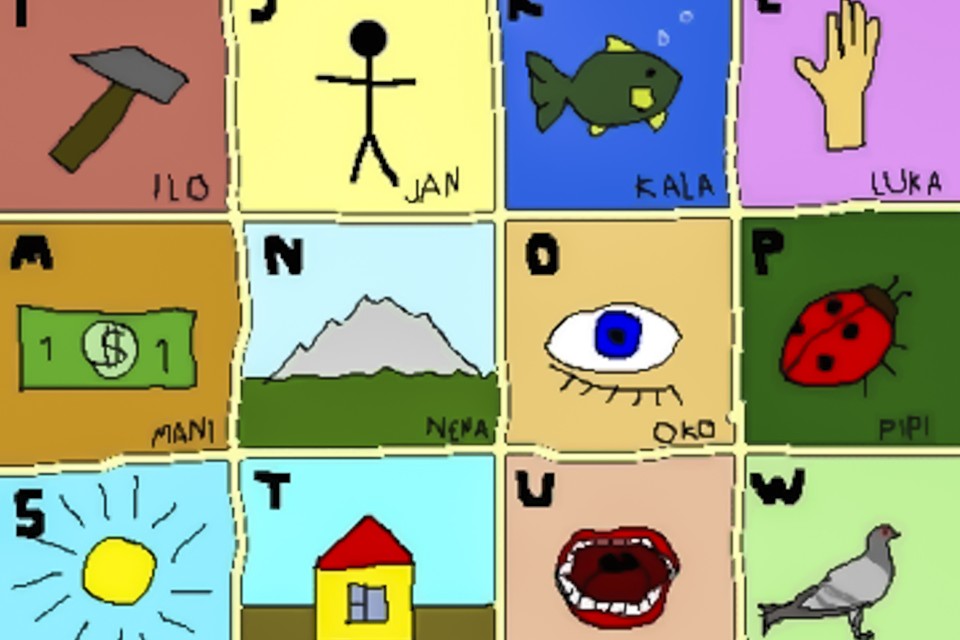