Artificial Intelligence anxiety is very much part of the 2015 cultural zeitgeist with some arguing that we’re already sitting in the front row seats of a defining period of our history.   Entering into the mix this week was a Channel 4 drama series called Humans set in a proximate future in which humanoid robots sold as consumer products called synths have entirely replaced their low-waged human equivalents.

Humans is interesting in that it raises issues like the singularity and technological unemployment on primetime TV even if other subjects such as robot consciousness and human fear of the machines are more familiar Hollywood staples and the drama itself is a little pedestrian in pace.  One of the storylines involves sex worker bots which Noel Sharkey believes will be a key driver for the next wave of developments in humanoid robotics a view echoed in this week’s NYT Robotica episode:

telepresence robots, which enable humans to remotely navigate around an office building hundreds of miles away, and sex dolls that can talk back, will be the next biggest new developments in robotics, as that’s where all the money can be made.

VentureBeat suggests the series raises important questions about how human we can make robots.  Their take on where we are today is as follows:

1. Is it possible to give machines human values?  Yes
2. Can we agree on what those are?  No
3. Should the creators of AI be “compelled” to program them in?  Yes and no
4. What is the mechanism for making this happen; government?  Absolutely no idea
5. Would we allow exceptions such as military drones? Definitely

Whether or not androids dream of electric sheep has been a favourite science fiction concern, the subject of the Philip K. Dick classic that led to Bladerunner.  And it seems that the answer is yes, if suitably trained because this week, Google Research provided some disconcerting evidence of AI “dreaming” in a post containing hallucinogenic images generated by a stacked layer neural network after training.  The development was inevitably widely covered by the mainstream media. 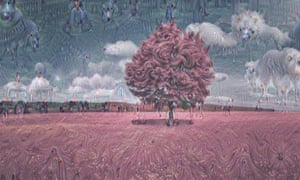 The same convolutional neural network (CNN) technology used by Google lies behind recent improvements in computer vision specifically relating to automatic photo tagging and classification. As ProgrammableWeb point out, there are now a whole slew of commercial APIs that provide access to this functionality, many developed in the last year or so in addition to consumer image tagging propositions such as Google Photos.  The reality behind the current state of the art in CNN tech is, however, far messier and complex and well covered in this fascinating deep dive into how a leopardskin sofa was mistaken for a leopard.

Primal fear of AI overreach nevertheless remains hard to displace with public disquiet stoked in large part by Hollywood blockbusters like Avengers Age of Ultron, Ex-Machina and Her that generally focus on the malevolent aspects of AI: 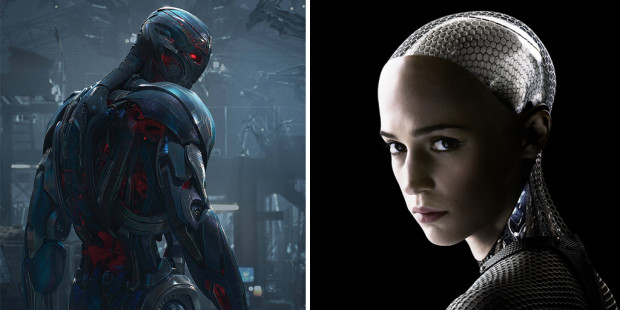 The more prosaic proximate reality is that what we really need to fear is ourselves and our tendency to eschew the protective cover of the precautionary principle with all the consequences that entails:

The real danger, I believe, lies in the fact that the society we take for granted always hovers on the edge of instability. By relying increasingly on software, with more and more of the wires exposed (microservices, APIs, RPC, etc), we are placing ourselves next to the modern day equivalent of a nuclear reactor, but with none of the safety features.

Foxconn is presumably a likely candidate, given the pair are already working together on the N1. I for one would wager that a Nokia-branded Android phone — of a similar minimalist, Apple-esque hardware calibre as Foxconn served up for the N1 — would sell like hotcakes in Europe. And  outsell sales of Windows-powered Lumias without breaking a sweat.

A teardown of a set of Beats headphones, which sell for hundreds of dollars at retail, revealed that the hardware contains less than $18 in components. … Beats are made to project luxury and premium status, so the manufacturers want to make sure that they feel solid and durable. And that’s why almost a third (29.5 percent) of a set of Beats’ weight comes from four pieces of zinc with no other purpose but to add that heft.

With the Fairphone 2, the company has essentially built the modular phone Google made us all dream of, but with fairer components and a realistic release date of later this year. … Fairphone says that the modularity “[encourages] users to have a deeper relationship with their phones” by allowing them to “take more responsibility for keeping them in working condition”

The DxO One attaches via the lightning port, and once it’s attached the camera can swivel up to 60 degrees forward and backward. For such a small connection, it holds in place surprisingly well. And because the DxO One attaches this way instead of using Bluetooth or Wi-Fi, the whole experience is blazingly fast. The corresponding app launches within a second of plugging it in, and photos taken with the camera’s shutter button appear instantly (the app also has a shutter button). 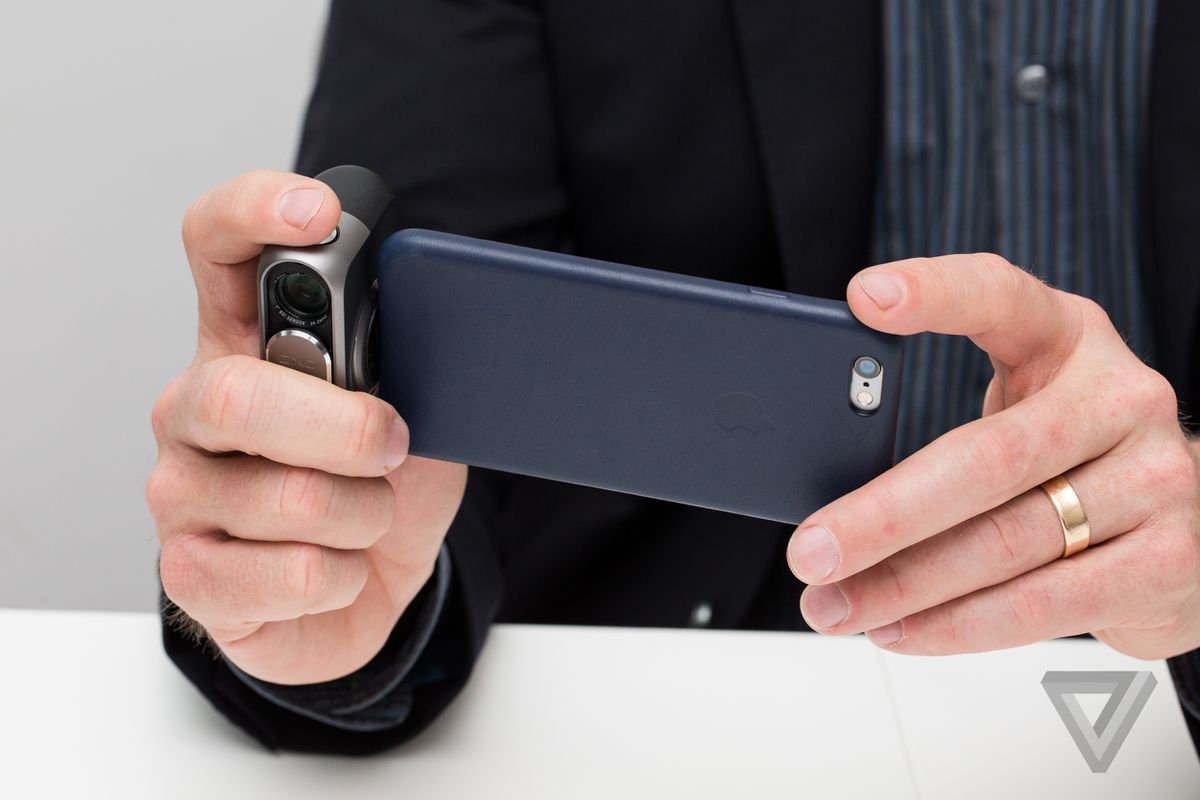 Apple Music aims to create a new market for digital music by connecting artists with Apple users. The platform will empower hundreds of thousands of less-known artists and break the walls inherent to the current industry structure.

After months of silence, Google has quietly confirmed that it’s ripping out the new bookmark manager and rolling back to the old one. 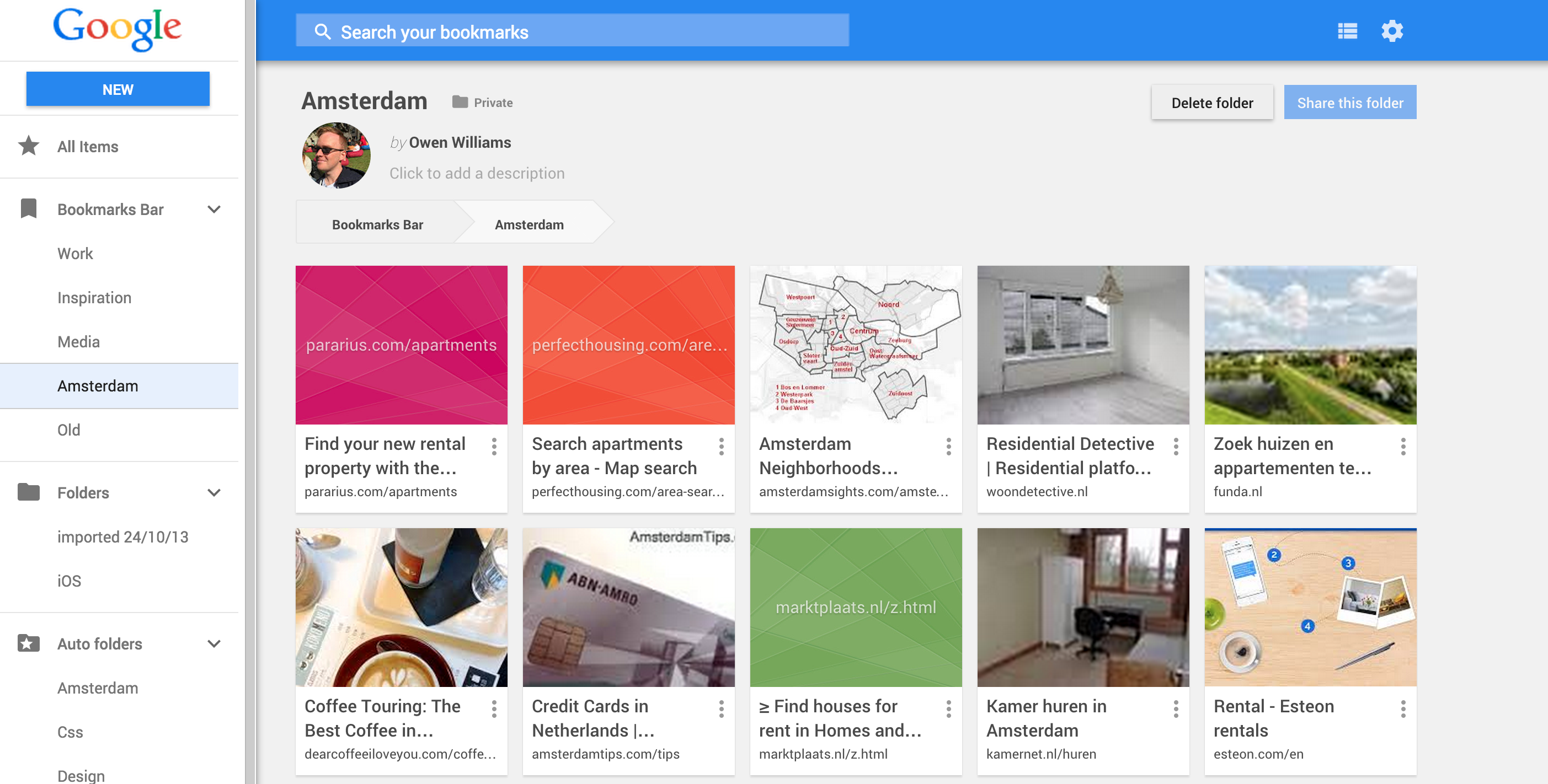 Google’s first set of phone-making partners Micromax, Karbonn and Spice have no development roadmap for the platform’s next batch of devices. Some are clearing available stock at discounts, executives told ET. Intex, Lava and Xolo, which were to join the above three, no longer seem to be keen, leading some to question whether the search giant is planning to drop the Android One project altogether.

Cards are especially powerful in responsive design because they allow information to populate based on device and screen size without disrupting the flow of the overall layout. Because each card easily adapts to horizontal or vertical layouts, a card-based interface may not require drastic restructuring for different orientations since every component is already neatly organized in its individual container. 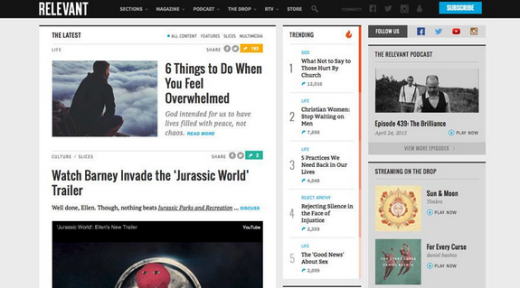 the likely focus is on highlighting the content that’s most relevant to you based on your activity and who you follow, as well as hiding abusive tweets before you have to reach for the “block” option.

“the California Labor Commissioner’s Office said that a driver for the ride-hailing service Uber should be classified as an employee, not an independent contractor.” 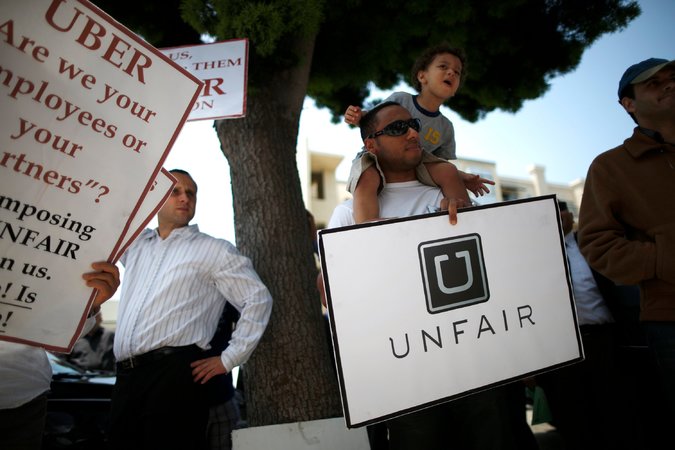 “Ultimately, businesses will consist of owners, talent assemblers, and contract workers for everything else. Platforms will spring up that know what contractors have certain skills, what they’ve done, and whether they’re available. Contractors will get instantly matched with talent assemblers. Entire teams could be hired with the click of a button.”

Users don’t need to provide a phone number or any other identifying details to use the app, and encryption keys are stored only on phones — making it impossible for Threema to read the contents of messages.

LastPass strengthens the keys needed to unlock master passwords by forcing them to go through a large number of complicated iterations. The company appends random digits to the key, then encrypts it more than 100,000 times, which makes it difficult to break stolen hashes with password cracking tools. 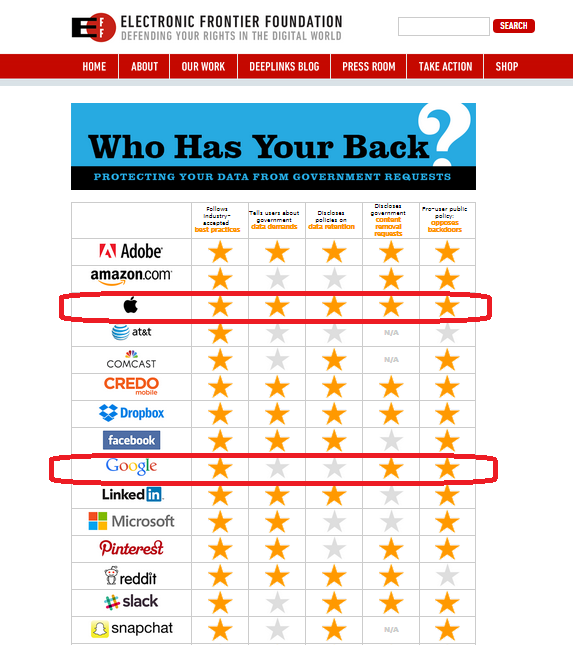 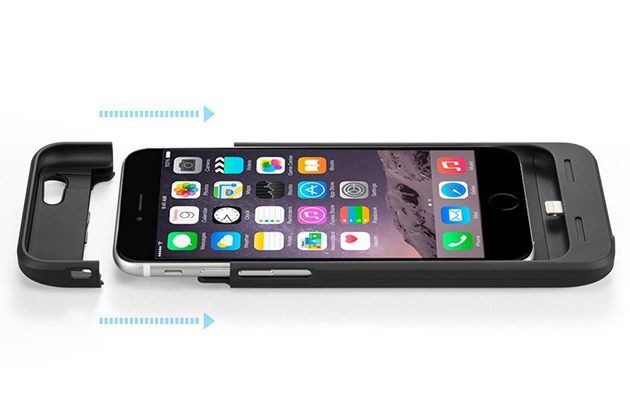 Yes, there are stupid people out there. There are people who will throw money at anything. There are also people who will Barnum up the place sell snake oil to rubes. The fact that Kickstarter would endorse something without a technical assessment defies belief. The only conceivable reason this could be a Staff Pick on Kickstarter is because Kickstarter believes it will be funded, thus earning them a percentage of gross.

the Realbotix head, which can be attached to the existing RealDoll body, will cost around $10,000, and be commercially available in two years. The full body [also] being developed … will most likely range from $30,000 to $60,000. 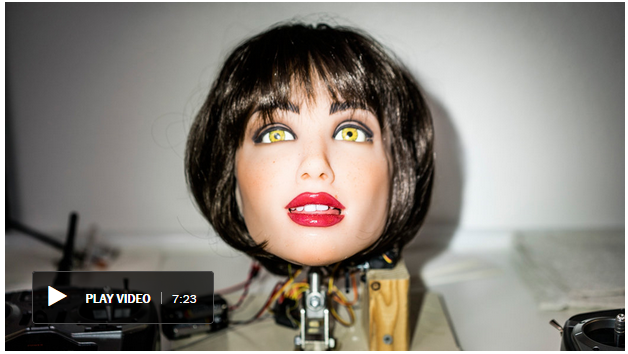 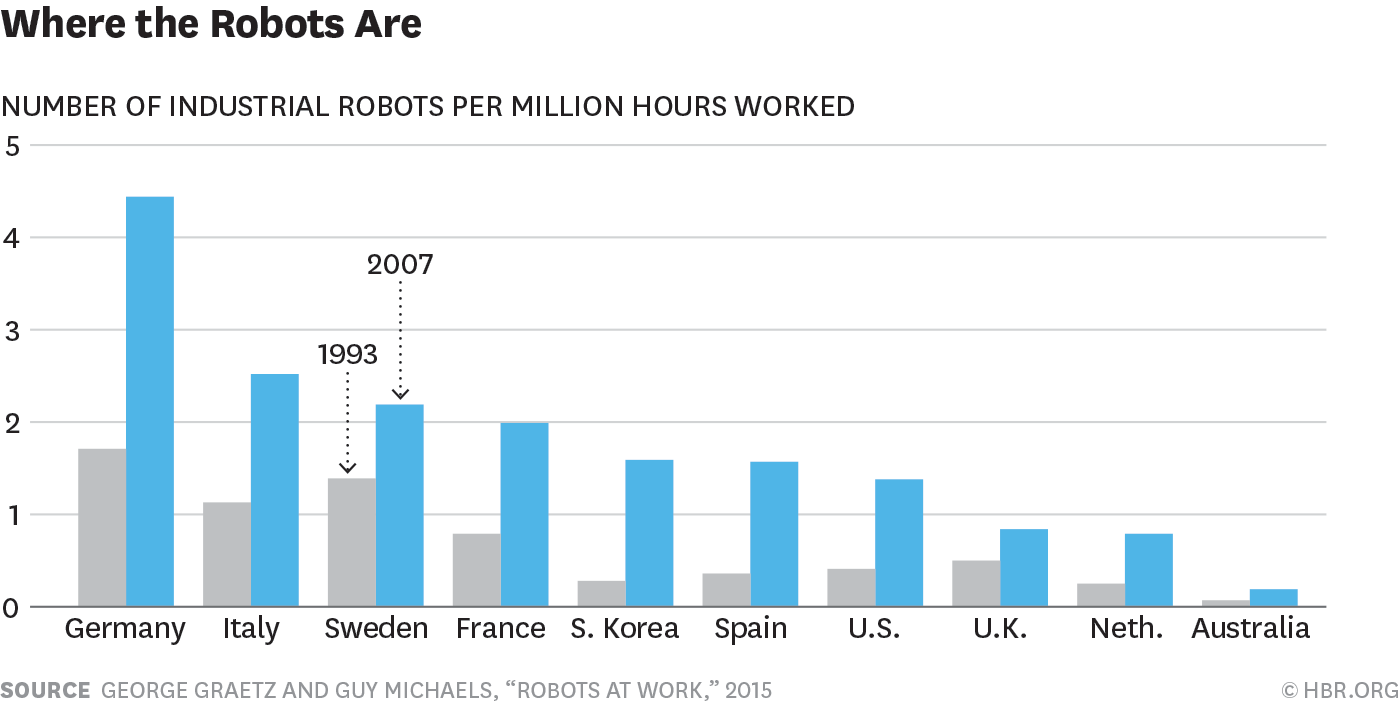 We love Go. We’ve found it really fast to deploy, really easy to instrument, really lightweight and inexpensive in terms of resources. It’s taken a while to get here, but the journey was more than worth it.

It is imperative for firms to have a blueprint for how information will be used to help the business create and capture value, how different kinds of information will be integrated, and the extent to which organizational processes will be standardized. At a time when the customer end of the business model seems to be getting all the attention, executives must not neglect the equally important operations back end.

Spark addresses some of the limitations of Hadoop, an older open-source software framework that employs a distributed architecture to analyze large amounts of data. Hadoop is less suited for analyzing data in real time, and it has a reputation for being tricky for developers to use

Spark shines in applications that involve multiple data environments, such as omni-channel marketing. Spark can use batch machine learning to profile each customer from the historical database, then apply streaming data analysis to update individual profiles in real time as customers browse products. Spark can then use that information to influence the customer’s purchase choices.

Together, Foundry Group and True Ventures owned just over half of Fitbit before this week’s IPO, thanks to the money they poured into the company in its early years. 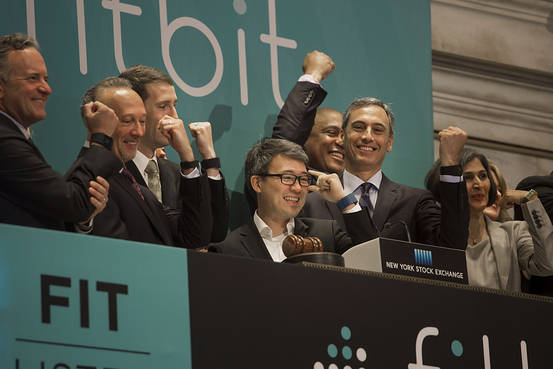 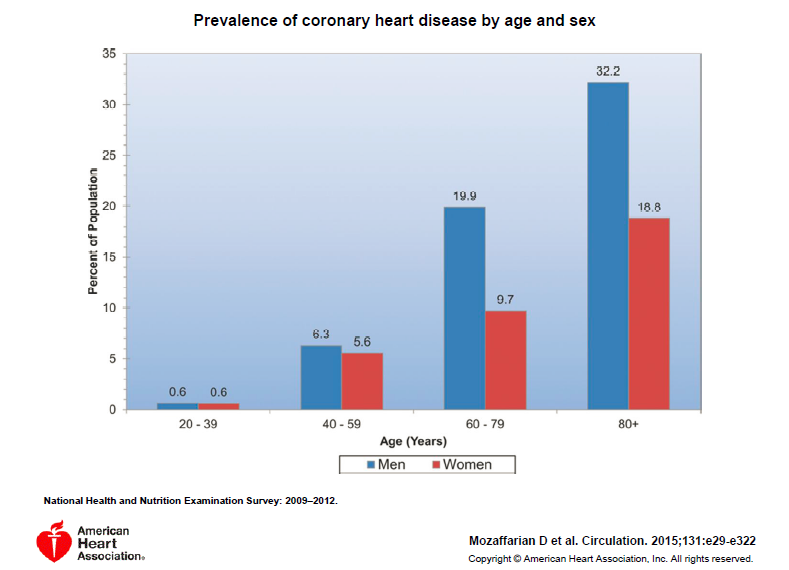 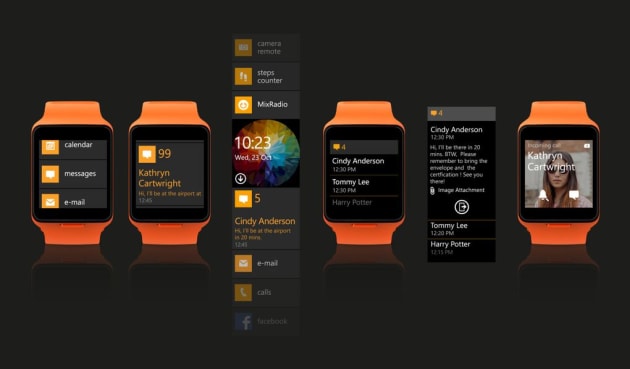 One interesting thing to note is that, for each supercharger in the US, on average there’s another one less than 60 miles away. That’s pretty nice. …  the total is almost 16,000 miles, not an easy trip for the salesman! 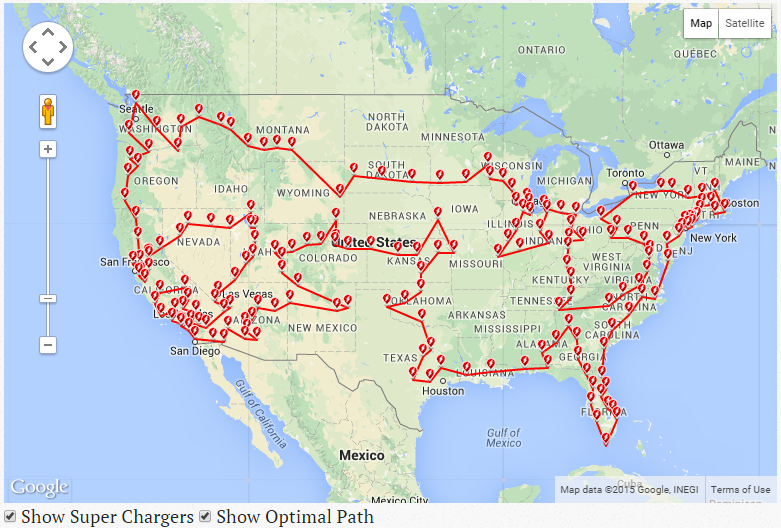 India could help Foxconn mitigate accelerating wage inflation in China, where it makes the majority of iPhones, and base production sites closer to markets where its key clients want to grow.

These apps are free, which explains some of their success. Their business models are based on advertising: speed boosters and browsers are the sort of apps that users touch on a daily basis, and they also collect data on the apps installed on one’s phone, the websites that one visits, and even who users contact. The Chinese utility companies hope this will make their users attractive to advertisers. 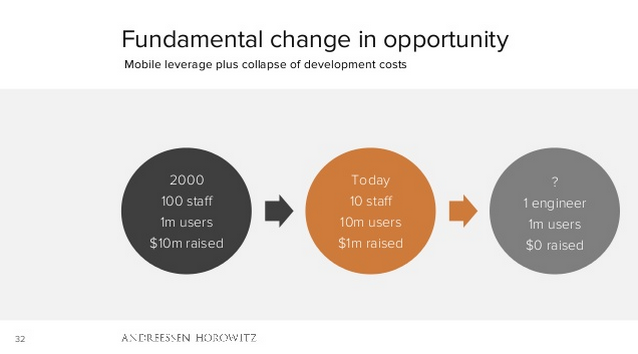 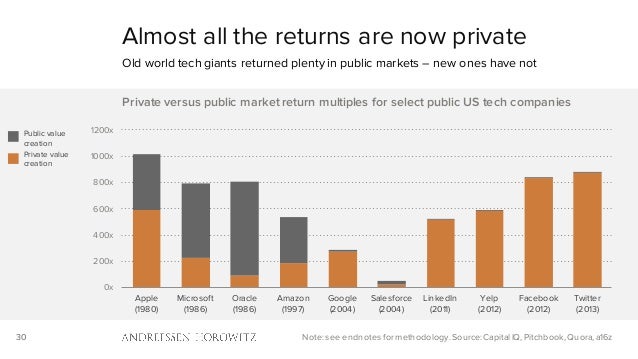 “82% of startups are self-funded and 24% of entrepreneurs rely on friends and family to keep their business dreams afloat.” 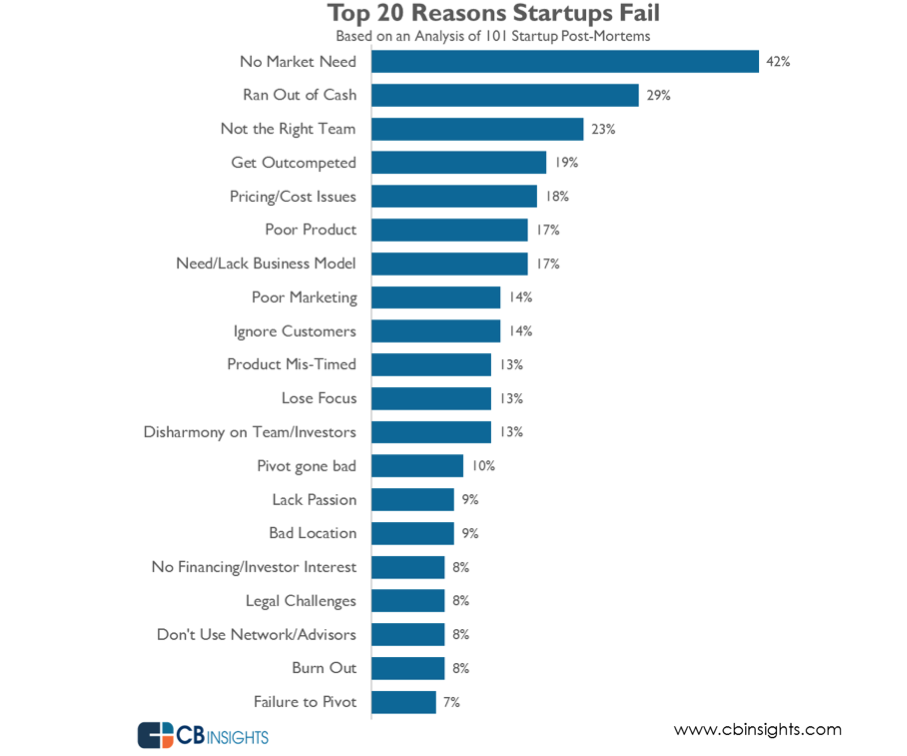 “A recent Adobe survey of marketing professionals found that many companies lack the analytical skills to properly make use of their data. Machines can gather data, but it takes people with analytical and creative minds to turn all those numbers into actionable insights. “The job market has not caught up to the reality of this role, nor has the marketing community in general,” explains Jason Rose, SVP Marketing at human data platform, DataSift.”

It acquired social-software maker blueKiwi and combined the acquired company’s application with two from Microsoft, creating a platform that allows individuals and teams, including those in partners and clients, to enter virtual “communities” where they can collaborate on complex projects.