Pick of the Week – GAFAnomics, information and knowledge

The global rise to dominance of the GAFA quartet of Google, Apple, Facebook and Amazon is analysed from an economic perspective in this recently published research note.  The paper examines how  “information is changing the production side of the economy” resulting in a Great Transition of corporate value from physical assets to intangible information assets embedded in networks.  The extent of the shift is dramatically demonstrated by the way the GAFA quartet have significantly outperformed the rest of the market in recent years: 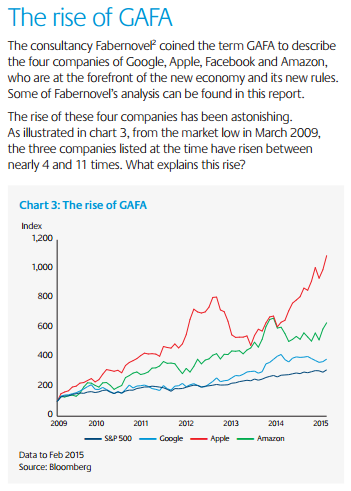 Traditional bricks and mortar corporations more comfortable dealing with atoms than bits are undergoing extinction level disruption from information networks.  As previously pointed out in this blog, information networks have contributed to a collapse in transaction costs that has undermined the primary operational advantage big companies held over startups for decades.

The paper suggests that the ultimate source of GAFA dominance is engineering prowess.  Not just in terms of quantity but the productivity of the top class engineers in their ranks.  These four companies are simply operating on a totally different level to almost everyone else and profoundly understand that in order to exploit the full commercial potential of information they need large numbers of the most talented engineers:

Engineers as share of total employees. (from [pdf] http://t.co/FJMDwTOuCs) pic.twitter.com/ivHdOz5E9E

GAFA power derives from having an elite workforce that has specialised knowledge of how to work with vast tracts of exponentially expanding information.  The kind of knowledge required to operate in this space is entirely new in historical terms. Modern disciplines such as artificial intelligence, machine learning, data science, cloud devops and product analytics simply didn’t exist in their current form a generation ago.   Acquiring these skills requires new approaches to learning which is where MOOCs come in.  MOOCs are sure to play an ever more important role in society because they can provide specialised knowledge acquisition in areas that traditional general education is not geared up to address.   We will need new tools and techniques to address the shrinking information-doubling factor:

“Google estimated in 2010 that there were 300 exabytes (that’s 300 followed by 18 zeros) of human-created information in the world, and that more information was created every two days than had existed in the entire world from the dawn of time to 2003.”

“What happens after a tech company is left for dead but the people left behind refuse to give up the fight? At Kodak the answer is to dig deep into a legacy of innovation in the photography business and see if its remaining talent in optics and chemistry can be turned into new money in other industries.” 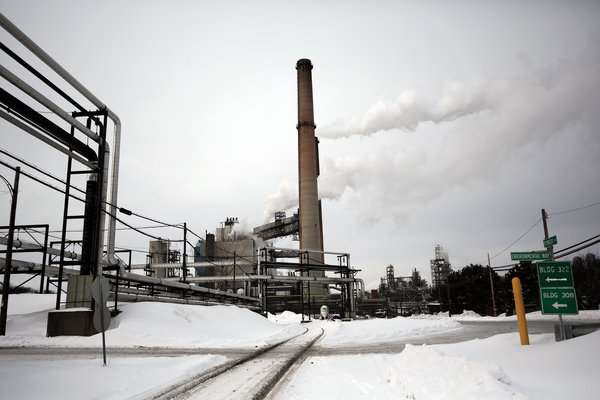 “At Xiaomi, we are very supportive of users trying new things and we encourage them to do so all the time! That’s why all of our devices ship with unlocked bootloader, for example.”

“Sub-smartphone models worth PHP4,000 (US$90) accounted for more than 58 percent of smartphone shipments to the country last year.”

Google and Android and Cyanogen

“Micromax had realised some time ago that it had no future in being a commoditised and undifferentiated Android partner.

“Smartphone chipsets today are from Qualcomm and the operating system from Google. All the data goes straight to Google. What do we have? Even small things like when I am typing an SMS, why does an incoming call take up the whole screen? I can’t even control those. But why should it be like that? That’s when we realized we need to take control of our software and not send our customers to Google” 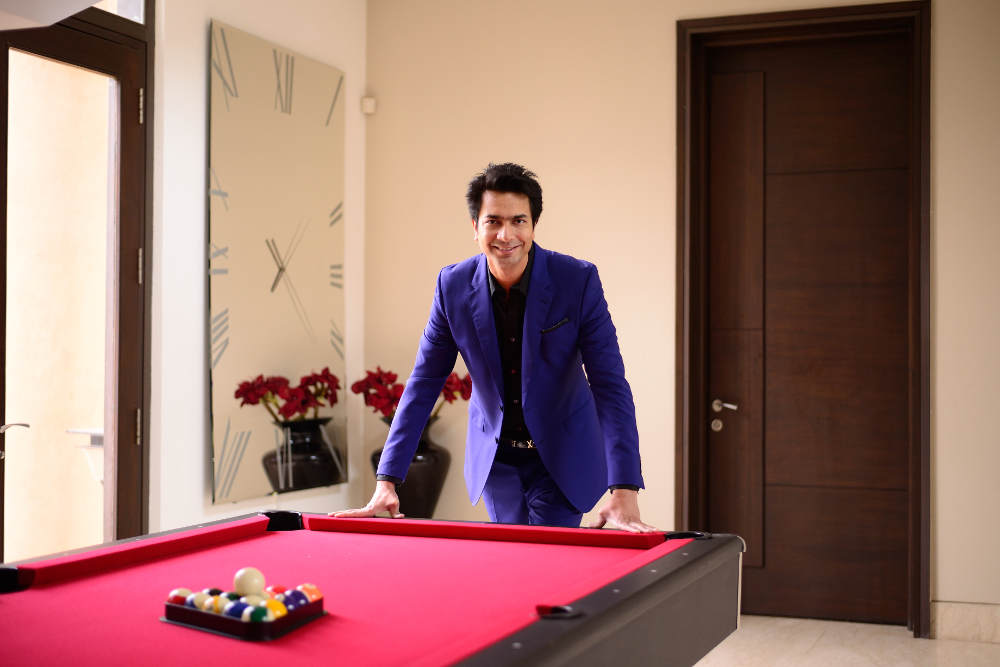 McMaster’s open swipes at Google may have ancillary benefits beyond generating headlines: They make Cyanogen visible enough that Google, which operates under the glare of antitrust regulators, may think twice before doing anything that could be construed as undermining a potential rival. It’s also what charges up McMaster. “As with any great myth, you need a common enemy,” he says. “Right now, Google is the common enemy.” 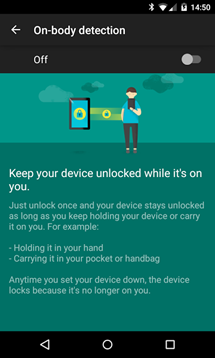 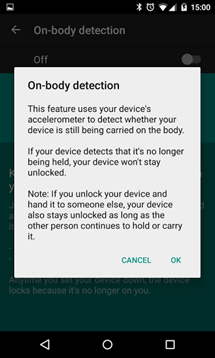 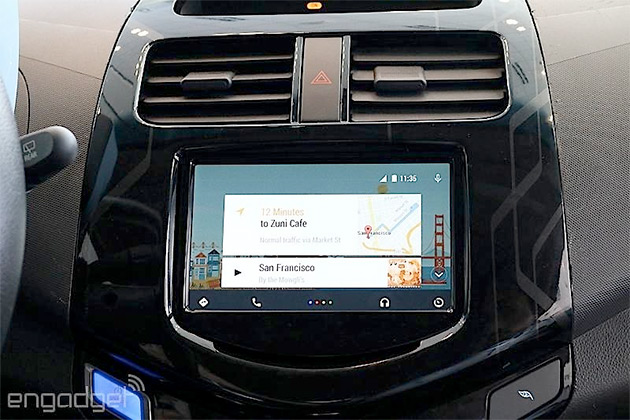 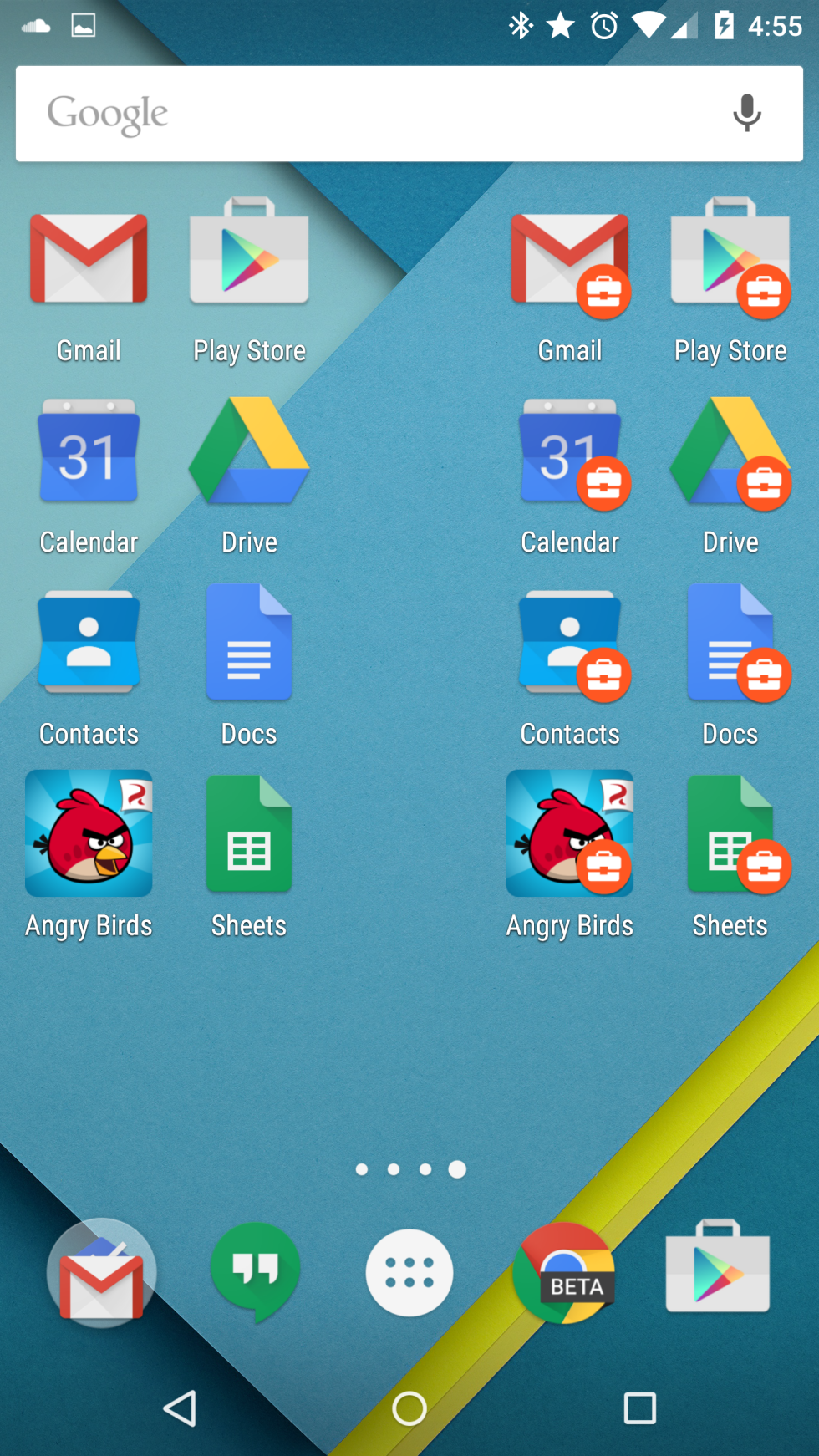 “Almost precisely one year later, the same crew of tech “journalists” who proclaimed Secret would be massively influential, declared Meerkat the next huge social media app. With almost supernatural synchronicity, Meerkat has just peaked at No. 140 on the U.S. iPhone download chart and gone into a heart-stopping tailspin after raising a ton of money from credulous investors.”

There is a shift happening in the app industry: http://t.co/zN2KWmYSa2 pic.twitter.com/skZNHXx1DM

“the real design challenge is not simply maintaining minimalism, but enhancing a product without adding more friction. Let’s assume you built a product that does something very exciting and has a very low friction to usage and does so with a minimal feature set. The next efforts are not about just watching your product, but about deciding how to address shortcoming, enhance, or otherwise improve the product to grow users, revenue, and popularity. The risk with every change is not simply failing to maintain minimalism, but introducing friction that becomes counterproductive to your goals.”

“The work of implementing a feature initially is often a tiny fraction of the work to support that feature over the lifetime of a product, and yes, we can “just” code any logic someone dreams up. What might take two weeks right now adds a marginal cost to every engineering project we’ll take on in this product in the future. In fact, I’d argue that the initial time spent implementing a feature is one of the least interesting data points to consider when weighing the cost and benefit of a feature.”

“Their main focus is to make designing, deploying and managing an API easier, as well as to ensure that it is safe, secure and functional. “

“ask your VPs of engineering what they would say if their internal teams were organized like Amazon. They would spoil their pants. Your company probably doesn’t and probably won’t get microservices right.”

“Why would you spend a lot of money on a watch? Because it is absolutely emotional. A connected device is absolutely rational. It’s totally different — the opposite. The challenge is how to connect both.”

“AI historically was not ingrained in the technology structure. Now we’re able to build on top of ideas and infrastructure that didn’t exist before. We’ve gone through the change of Big Data. Now we’re adding machine learning. AI is not the be-all and end-all; it’s an embedded technology. It’s like taking an application and putting a brain into it, using machine learning.”

“First there’s a queuing system, with Kafka, RabbitMQ, and Kinesis the likely suspects. Then there’s a stream processing layer, which might include Storm, Spark Streaming, or Samza. For high-speed storage, companies often turn to Cassandra, HBase, MongoDB, or possibly a relational database like MySQL.”

“The BionicANTs are programmed to mimic the intelligence of their real world counterparts — including their ability to co-operate and complete fiendishly complex tasks, such as moving objects much larger than themselves, which they’d be unable to do alone.” 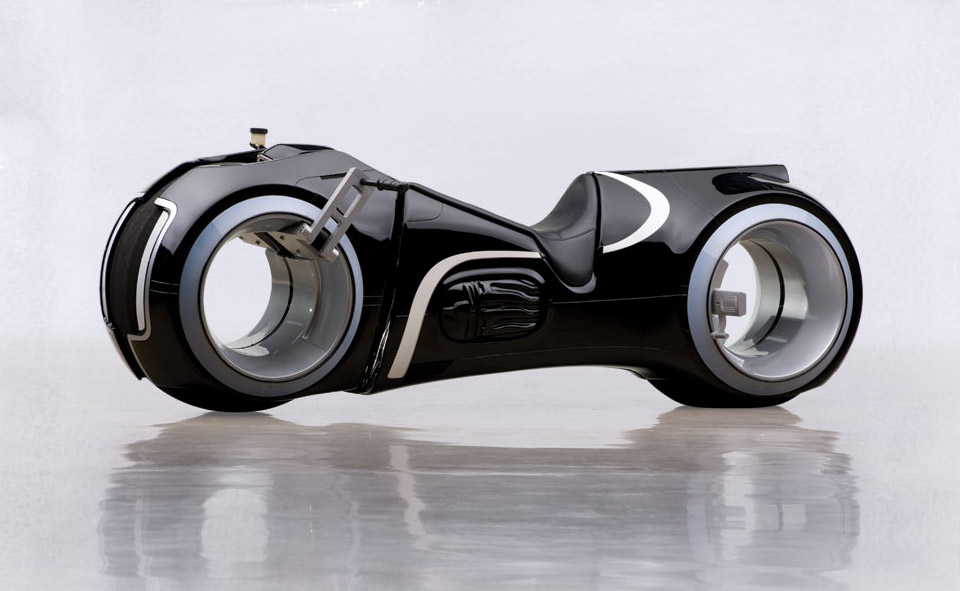 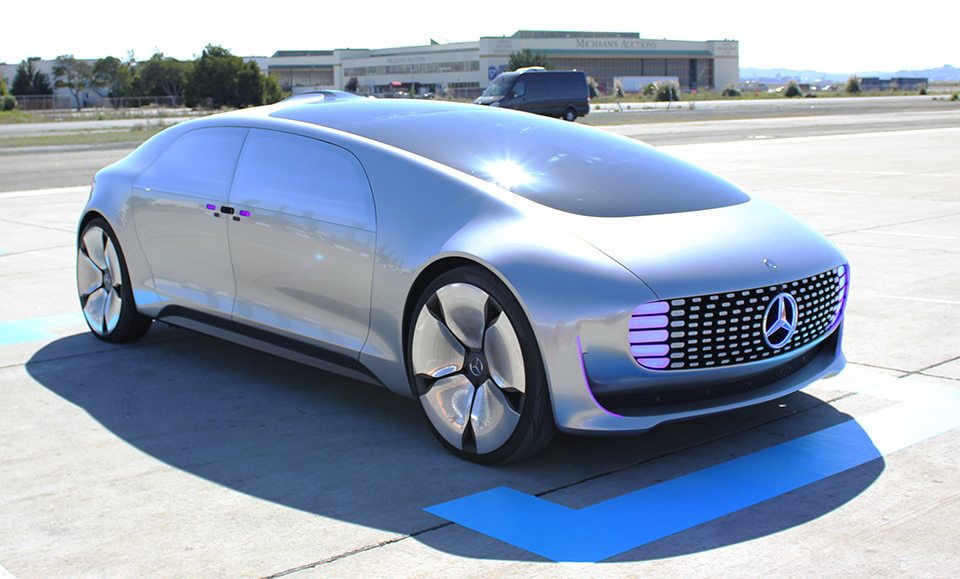 “the dispatch system is mostly built with NodeJS, but … Uber wants to switch to io.js, a NodeJS fork. … Maps and ETAs are written in several languages, such as C++ and Java, due to the need to integrate with different kinds of services. All their business logic is written in Python. Uber is building their own column-oriented distributed data store but they also use Postgres, Redis, MySQL and Riak.”

“If you live near a Whole Foods; If no relative of yours serves in the military; If you’re paid by the year, not the hour; If no one you know uses meth; If you married once and remain married; If most people you know finished college; If you aren’t one of 65 million Americans with a criminal record. If any or all of these things describe you, then accept the possibility that, actually, you may not know what’s going on, and you may be part of the problem.” 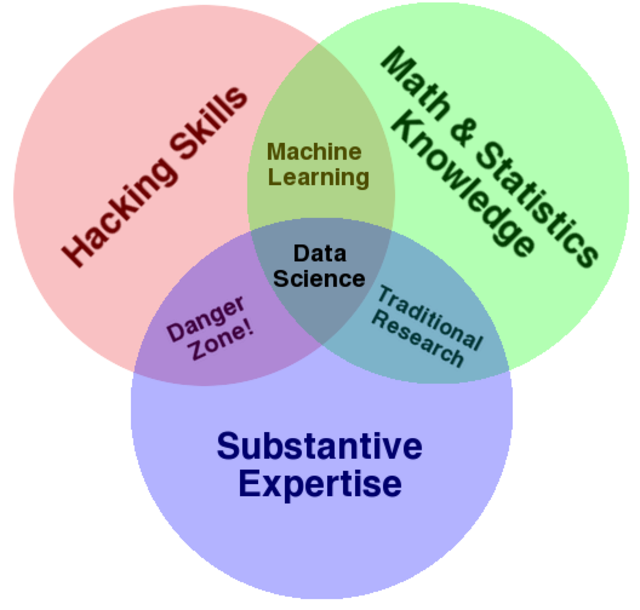 “One company gave me a large piece of source code and told me to modify it to perform an extra task.  I found this much more difficult than the typical whiteboard questions and after 90 minutes I still had not completed Problem 1a.  The hard part was figuring out which part of the code was relevant to the problem.”