Pick of the Week – Bluetooth and the Physical Web

Physical Web is a new open standard announced by Google this week. It is aimed at addressing the Internet of Things by making physical objects as easy to navigate as web sites by associating them with URLs.  Google have published a FAQ-based introduction to the technology on Github, along with implementation source.

Physical Web is effectively a competitor to Apple’s iBeacon as it works by using Bluetooth LE (BTLE) as the bearer for device discovery. The standard plays to Google’s strengths. This is because it integrates search to the discovery process and positions it as a future Chrome/Android feature that dispenses with the need for separate apps.

Physical Web is also interesting because it serves to mark a potential strategic direction for Google as a device platform ecosystem player in a post-app world.   iBeacon, though superficially similarly based on BTLE, does not require an ecosystem intermediary – it’s quite possible to build simple iBeacon triggered “indoor GPS” services which don’t involve Apple backends.  However, the technology is relatively limited and proprietary to Apple devices which has already resulted in a forked version called AltBeacon for Android.

First impressions suggest AltBeacon has most to lose from the arrival Physical Web.  Amidst all this jockeying for position, it’s important to recognise an undeniable reality.  Namely, that some 15 years after Bluetooth hit its peak of inflated expectations only to lapse into disappointing niche use case status, it finally seems to be coming of age.  The technology retains a powerful potential to serve as a mobile industry disruptor outside the direct control of network operators or platform app stores.  A potential dramatically illustrated this week with the widespread use of FireChat to support the organisation of demonstrations in Hong Kong.  The app uses Bluetooth to establish a localised mesh network to allow protest to be coordinated without interference from authorities:

“Mesh networks are an especially resilient tool because there’s no easy way for a government to shut them down. They can’t just block cell reception or a site address.” 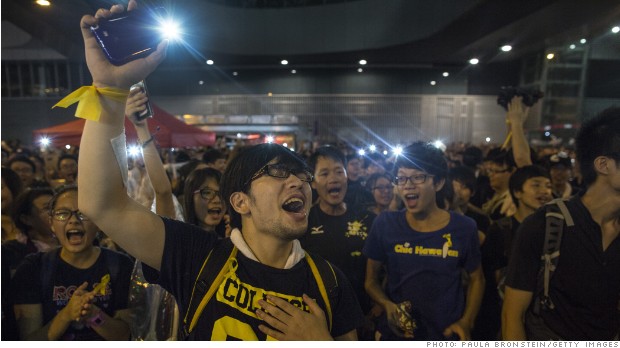 “It’s inexcusable for a major new feature like HealthKit to be pulled right after launch due to missed bugs. It’s even worse when an update makes your phone unable to make calls. Clearly, Apple needs a little help in regression testing… Maybe, it’s time for Apple to accept that not everything they want to release can be tested accurately in three months. iOS 8 is a big, welcome, update, but maybe in this case, less would have more.” 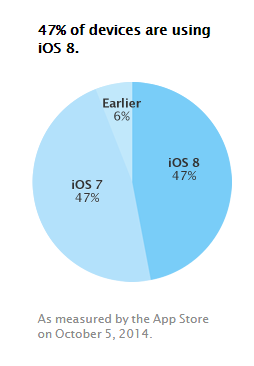 “If case manufacturers want to have new iPhone cases ready to sell by launch date (which, this year, was 10 days after the announcement), they’ll have to rely on leaked specs, inside sources, and, ultimately, a costly gamble on measurements not officially confirmed by Apple. If they guess wrong, the manufactured cases become worthless and the company eats the cost.” “Every time I do this comparison, I am amazed at how far the iPhone camera technology has come. It has transformed the way we capture and share memories. With each new phone, we can capture these moments faster and more accurately with better quality images. Even though they share the same 8-megapixel CMOS sensor and five-element f/2.2 lens, after a few days of shooting with the iPhone 6, I can say that it is better than the iPhone 5S.”

“The issue for Samsung is how it’ll convince people to spend their money on the Galaxy Alpha instead of some seriously compelling competition.”

“With the maturation of Android and the standardization around Qualcomm’s Snapdragon 801 processor this year, it’s becoming increasingly difficult to differentiate between flagship phones on speed alone.” “In 5 years, it’s likely that the notion of an app won’t exist like it does today. Everything around you will feel like an app, whether run on stationary screens like VR, your wearable, or on objects that navigate around you with smart software, like cars, robots and drones.”

“this new messenger apparently won’t force users to login with any Google credentials. Instead, it will likely use phone numbers for identification, which would be a big plus in emerging markets like India, where reliable data connections can be harder to come by.” 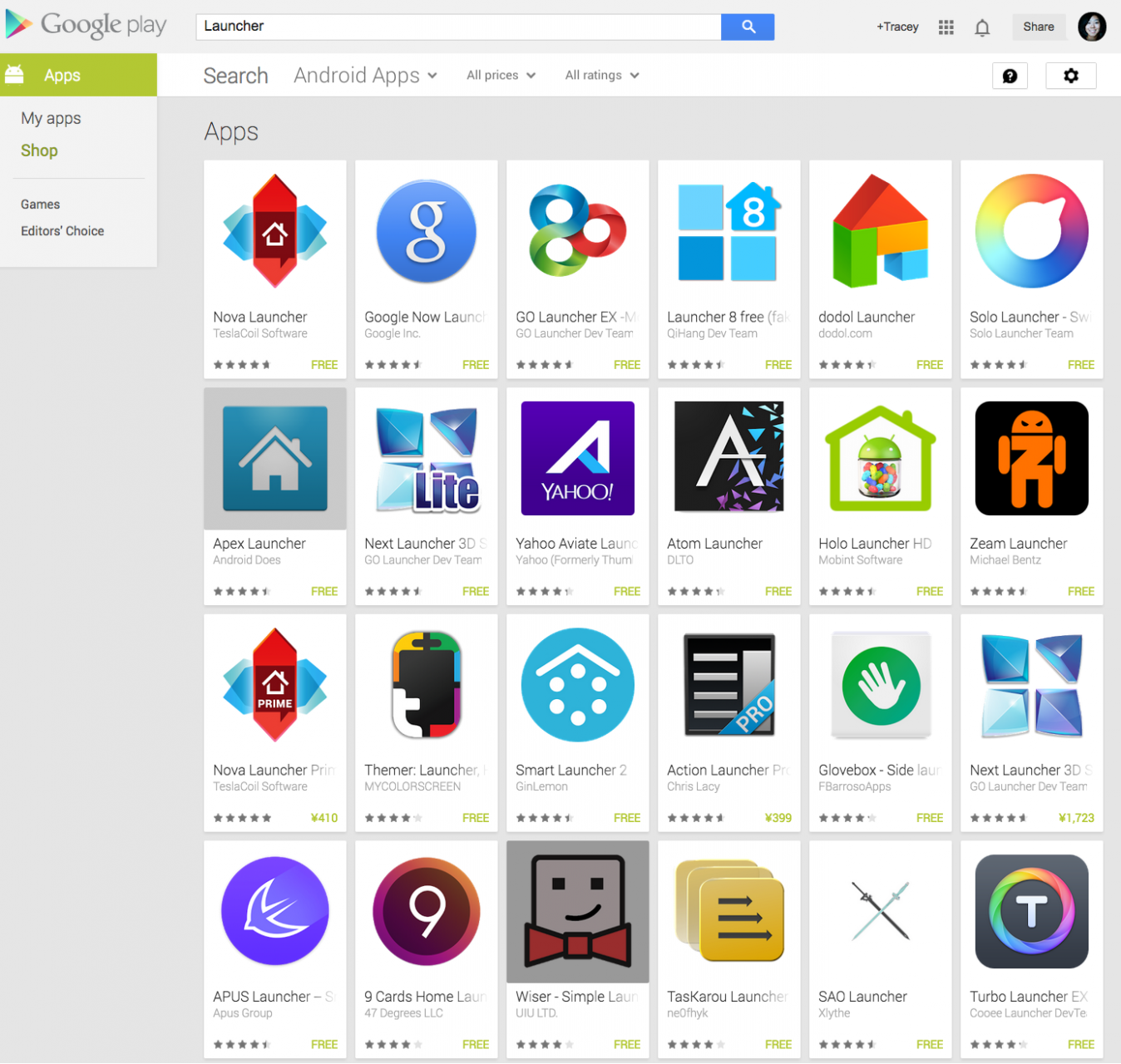 “Optimized for mobile, the service features more than 110 Korean media outlets and content partners, which are then filtered through KakaoTopic’s unique algorithm.  Based on user-selected interests as well as KakaoTopic’s most relevant social media content, the algorithm presents a personalized content package suited to each individual user.” 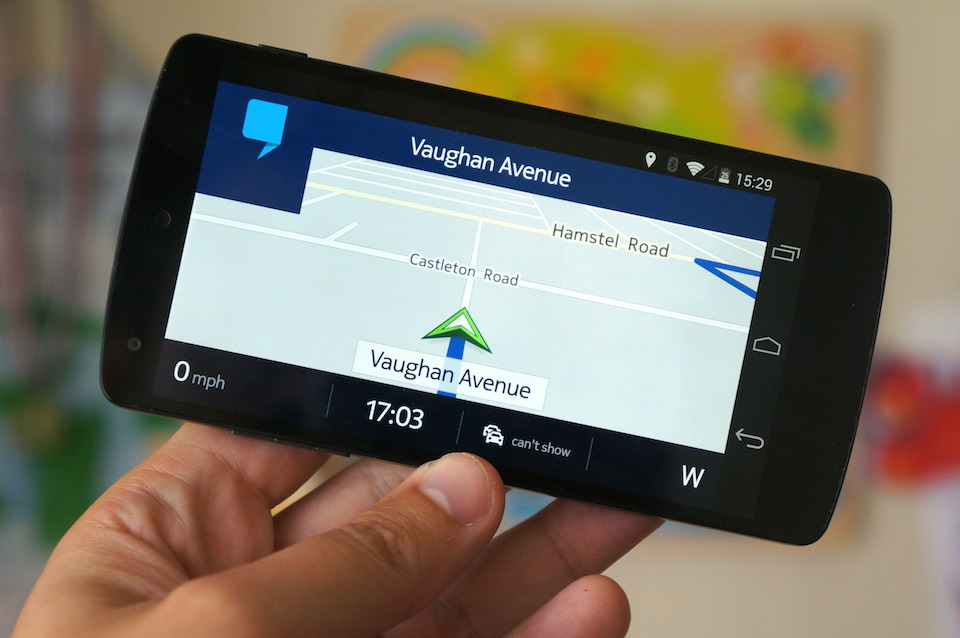 “People look at these things and see them as nothing more than storage devices.  They don’t realize there’s a reprogrammable computer in their hands.”

“The Internet of Things will lead to hundreds, thousands, maybe even hundreds of thousands of physical devices in your enterprise being connected to the Internet. And every single one of those devices will be a potential point of vulnerability. It doesn’t take much imagination to see the compromising impact of powering down or interfering with millions of devices through a single Internet of Things vulnerability, potentially resulting in physical damage to environments, injuries or death”. 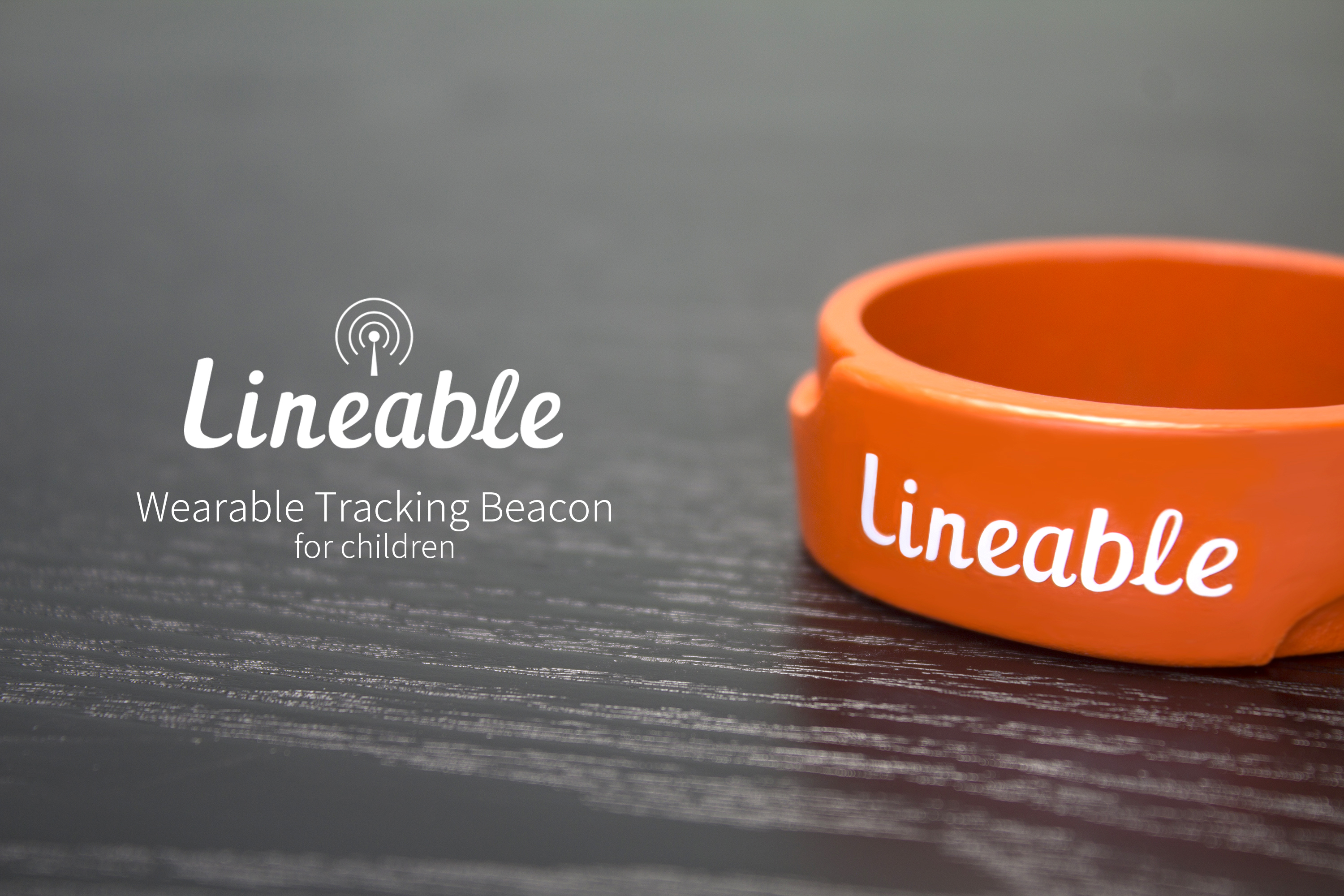 “Hardware is the new hotness. This has been true for some years now: but today, the acorns planted by Arduino, TechShop, Kickstarter, lean prototyping, etc., are finally beginning to sprout into oaks.   It seems that the Shenzhen ecosystem is, bit by bit, almost beginning to become an AWS for hardware. I predict that hardware startups are about to go nonlinear on us — and I look forward to the results with great anticipation.”

“created position specific patent-pending proprietary algorithms for ranking executives. Our algorithms were developed, tested, and refined over a three year process that incorporated insights and feedback from position specific executives, recruiters, analysts, and evaluation committees featuring some of the world’s most renowned business leaders.” 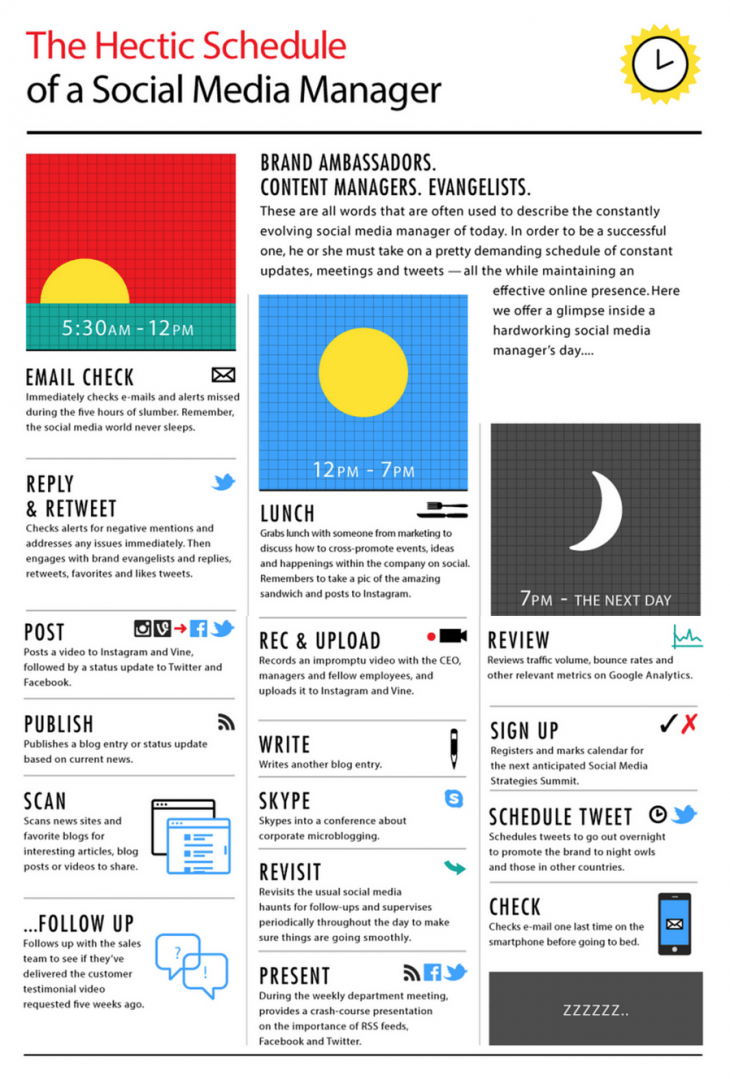 MUST SEE video on the future of work (explained) by @cgpgrey -> Humans Need Not Apply – https://t.co/JjvZAZjyqS

“Today’s political balance rests on a foundation of ignorance, in which the public has no idea what our society is really like.” 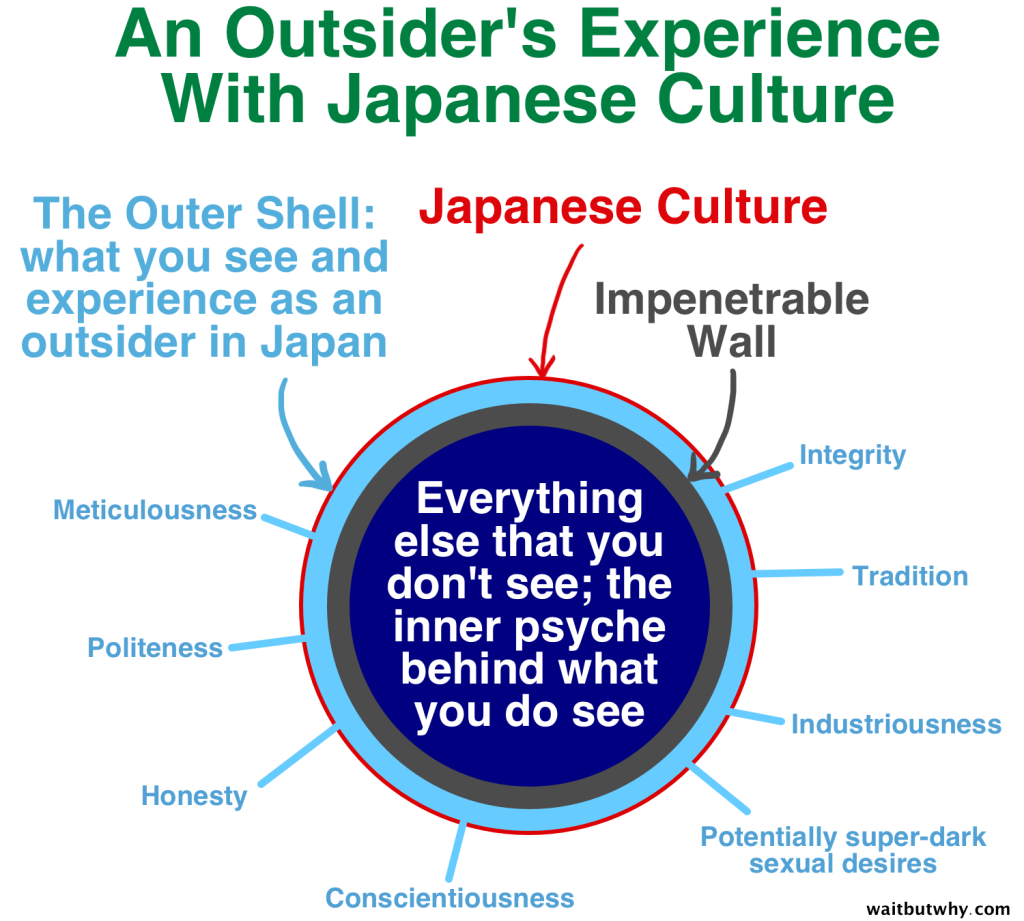