Even better than the real thing

The story of a garden shed that became the top rated London restaurant on TripAdvisor is a cautionary tale of the limits of authority in latter day social media where appearances are often deceptive and manipulated.  In this case, there wasn’t even an artificial intelligence involved.  This escapade was executed by a determined and wily individual gaming the system: 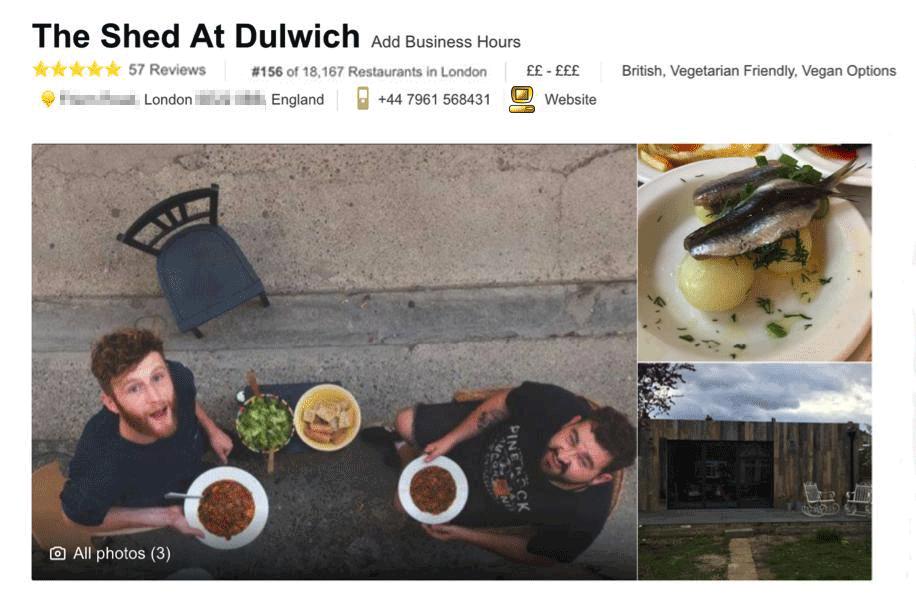 The addition of AI to the mix introduces the potential to take fakery to a whole different level with generated media that’s even better than the real thing.  Wired preview some of the technology that will support the coming age of AI generated content that “producing artificial scenes and sounds that look stunningly close to actual footage of the physical world. Unlike earlier experiments with AI-generated media, these look and sound real”:

Likely nothing can stop the coming wave of AI-generated content—if we even wanted to. At its worst, scammers and political operatives will deploy machine learning algorithms to generate untold volumes of misinformation. Because social networks selectively transmit the most attention-grabbing content, these systems’ output will evolve to be maximally likeable, clickable, and shareable.

Consider the incalculable effects of social media on brain formation in the current generation  and the ability for AI to exploit it, and you have the basic enablers for even more online mayhem.  Few working in this area really know what they’re really doing.  History is full of Hindsight Fallacy – reality is just a fog.  Witness this damning indictment of Facebook and how it is “ripping society apart” from Chamath Palihapitiya, a former Facebook VP in charge of user growth, which makes for sobering reading:

In his talk, Palihapitiya criticized not only Facebook, but Silicon Valley’s entire system of venture capital funding. He said that investors pump money into “shitty, useless, idiotic companies,” rather than addressing real problems like climate change and disease. Palihapitiya currently runs his own VC firm, Social Capital, which focuses on funding companies in sectors like healthcare and education.

Facebook inevitably fought back suggesting Palihapitiya was out of touch and that it “was a very different company back then, and we’ve grown“.

Whatever happens with social media and fake news of either the human or AI variety, there are some things you can’t make up like the impact of collective human choices on what we eat on the earth and its climate.  Reasons to stop eating meat, live and coming at you:

The next green revolution will not be like the last one. It will rely not on flogging the land to death, but on reconsidering how we use it and why. Can we do this, or do we – the richer people now consuming the living planet – find mass death easier to contemplate than changing our diet?

AlphaGo learned and surpassed all collective human knowledge of chess in 4 hours.  Wither chess club now? This really is a canary in the cage if ever there was one:

The games AlphaZero played show it can calculate some incredibly creative positional bombs, the depth of which are far beyond anything humans or chess computers have come up with.  It will no doubt revolutionise the game, but think about how this could be applied outside chess. This algorithm could run cities, continents, universes.

Exhibit A in the eventual pantheon of homo deus may well be the Google white paper on “Mastering Chess and Shogi by Self-Play with a General Reinforcement Learning Algorithm”.  The same approach is being used by Google to develop its next generation of AI.  This is forge in which the prospects for recursive self-improvement will be founded, or not:

Google’s AI-building AI actually went ahead and built a fully-functional AI child that, as it turns out, is more capable than any AI built by human hands.

Francois Chollet, the creator of popular Python deep learning utility library Keras, isn’t convinced that the default outcome is doom because he doesn’t believe an intelligence explosion is possible mainly because that isn’t how such systems work.  They encounter ‘friction’ as they expand capabiliity:

Eli Yudowsky, one of the high priests of Superintelligence, disagrees.  His argument is that we know as little about the upper end of the intelligence spectrum as a chimp:

AlphaGo Zero, a human, and a Solomonoff inductor; they just learn successively more general problem classes. If AlphaGo Zero can waltz past all human knowledge of Go, I don’t see a strong reason why AGI Zero can’t waltz past the human grasp of how to reason well, or how to perform scientific investigations, or how to learn from the data in online papers and databases. 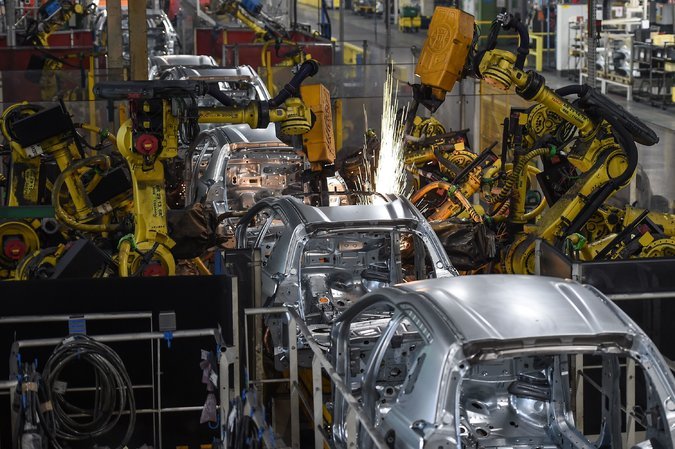 Use your hands Johnny if you want to avoid obsolescence:

“People who are interested in working with their hands, they’re going to be fine. The robot plumber is a long, long way away.”

Google have slashed prices for its Google Cloud Machine Learning Engine service in response it seems to the release of AWS SageMaker:

Fascinating Benedict Evans piece on Amazon asserting that the company is essentially a giant self-perpetuating machine looking to convert goods and services to online commodities:

Alexa is by that reckoning a powerful marketing platform for the Amazon machine, one which already has significant potential for consumer brands:

Alexa’s voice technology could turn into a major marketing platform for consumer brands. For example [brands] could build an Alexa app that recommends re-orders of previous purchases or new products based on past shopping history. … Amazon is also testing a new service that would potentially let customers order products from the consumer brand’s Alexa app and pick up at local retailers.

Amazon’s immense retail presence is forcing a ferocious natural selection in consumer electronics driven by customer feedback and as a result is eroding the traditional concept of a consumer product brand:

The classic worry about Amazon is that it puts local retailers out of business. Now another worry is that by exposing global brands to the harsh reality of low-priced competitors, it may put them out of business, too.

“In a way, Amazon is providing all this information that replaces what you’d normally get from a brand, like reputation and trust. Amazon is becoming something like the umbrella brand, the only brand that matters.” 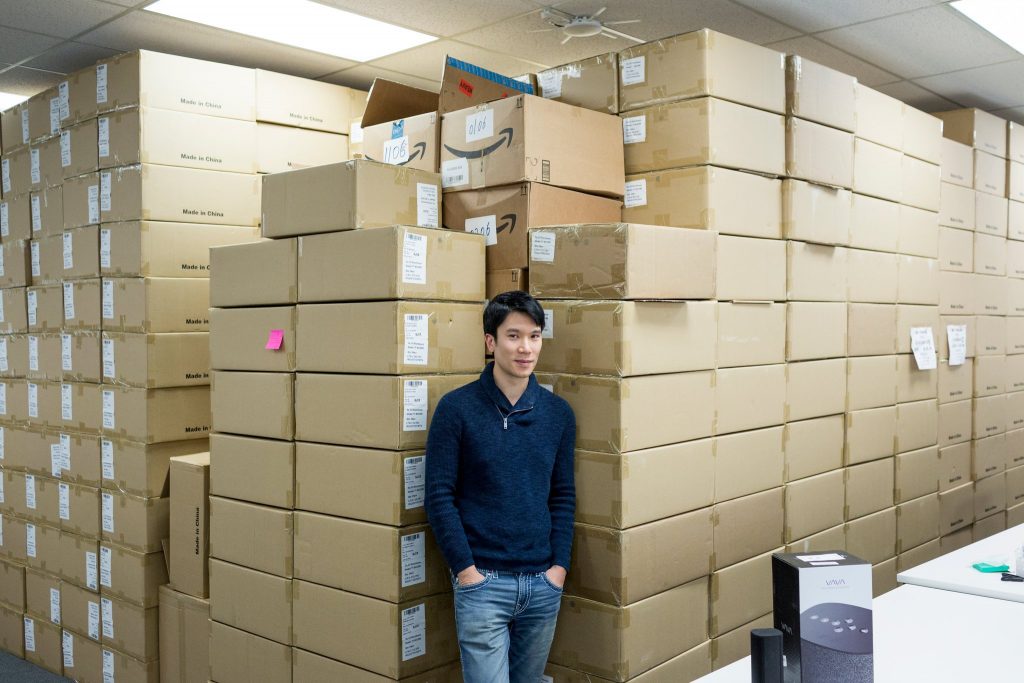 White papers can change the world and are a vital component of any effective technology strategy. The original Bitcoin white paper was far ahead of its time and still makes for fascinating reading 9 years after publication on 31st October 2009: 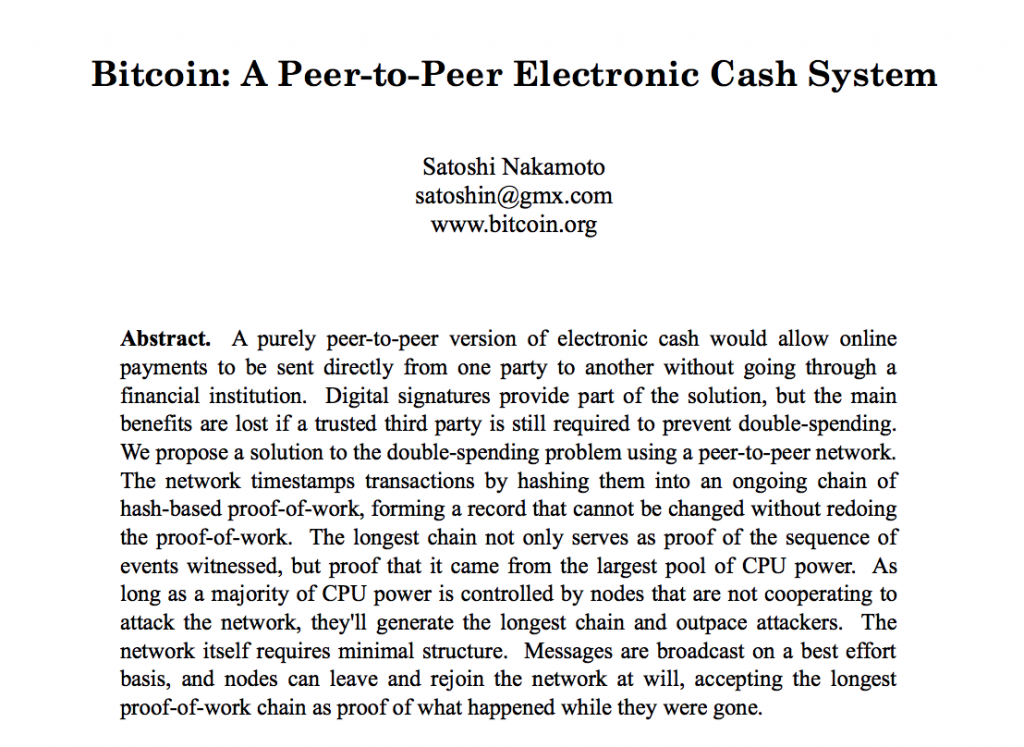 In recognition of this gift, the flagship building of the Cavendish Laboratory redevelopment will be named the Ray Dolby Centre, and is expected to open in 2022

Apple is acquiring Shazam for a reported £300 million.

Meanwhile, the claim Spotify as musak:

Spotify loves “chill” playlists: they’re the purest distillation of its ambition to turn all music into emotional wallpaper. They’re also tied to what its algorithm manipulates best: mood and affect. Note how the generically designed, nearly stock photo images attached to these playlists rely on the selfsame clickbait-y tactics of content farms, which are famous for attacking a reader’s basest human moods and instincts.

NYT on why 2017 was the year of luxury eCommerce with Yoox Net-a-Porter and FarFetch top of the crowd.

Steve Jobs pronouncement that most professional managers are bozos because they don’t know anything about the domain as they weren’t individual contributors remains a bellwether claim in Silicon Valley but is less meaningful in an age where multi-disciplinary teamwork is so critical:

Inspired by Yuval Harari’s Sapiens, an industry veteran muses on collective fictions in software development he’s encountered on a 20-year journey from waterfall to Agile.

Our crimes against animals:

"When scientists say bears are going extinct, I want people to realize what it looks like," says photographer Paul Nicklen pic.twitter.com/foBaqXqOQ4

Hauntology is the remembrance of things that never were.  Your life in a bush of ghosts:

As a reflection of the zeitgeist, hauntology is, above all, the product of a time which is seriously “out of joint”. There is a prevailing sense among hauntologists that culture has lost its momentum and that we are all stuck at the “end of history”. Meanwhile, new technologies are dislocating more traditional notions of time and place. Smartphones, for instance, encourage us never to fully commit to the here and now, fostering a ghostly presence-absence. Internet time (which is increasingly replacing clock time) results in a kind of “non-time“.