Reverberations from last week’s momentous AlphaGo Zero announcement are still fresh.  It still feels like a major watershed in the journey to AGI:

In a tournament that pitted AI against AI, this juiced-up version, called AlphaGo Zero, defeated the regular AlphaGo by a whopping 100 games to 0, signifying a major advance in the field. Hear that? It’s the technological singularity inching ever closer.

DeepMind’s blog article on how AlphaGoZero learns by playing itself is relatively approachable for the interested general observer. The learning rate is staggering – AlphaGoZero is able to go from the level of a newborn to the greatest player that has ever played the game in under 40 days.  Humans are notoriously poor at grasping the profundity of the exponential.  Here it is writ large and represents a genuine moment of shock and awe:

It seems so alien that the inert mass of hardware that AlphaGoZero lives on can transform itself so miraculously.  This is just one example of how software is changing reality all around us and increasingly mediating our experiences of the real world and not just in terms of the more obvious forms such as AR/VR.  It is the new luminiferous ether in which we are balefully cast.  The Atlantic published an excellent long read on the sheer intractability of software advances – for most humans, software like the ether is entirely invisible:

Technological progress used to change the way the world looked—you could watch the roads getting paved; you could see the skylines rise. Today you can hardly tell when something is remade, because so often it is remade by code. When you press your foot down on your car’s accelerator, for instance, you’re no longer controlling anything directly; there’s no mechanical link from the pedal to the throttle. Instead, you’re issuing a command to a piece of software that decides how much air to give the engine. The car is a computer you can sit inside of. The steering wheel and pedals might as well be keyboard keys.

The BBC has announced a partnership with UK universities to “to unlock the potential of data in the media“. It’s a smart move.  BBC salaries will struggle to compete with private sector AI positions so working with British universities is what is left open.

Apple have released a paper on how they use a deep neural network to detect the “Hey Siri” voice trigger.

AI is hot.  AI experts are even hotter:

Typical A.I. specialists, including both Ph.D.s fresh out of school and people with less education and just a few years of experience, can be paid from $300,000 to $500,000 a year or more in salary and company stock, according to nine people who work for major tech companies or have entertained job offers from them. All of them requested anonymity because they did not want to damage their professional prospects.

No wonder beginners guides are popping up all the time and so many are being drawn to them to find out what all the fuss is about.  HuffPo got in on the act with this “complete beginners guide”.

The startup era is over:

We live in a new world now, and it favors the big, not the small. The pendulum has already begun to swing back. Big businesses and executives, rather than startups and entrepreneurs, will own the next decade; today’s graduates are much more likely to work for Mark Zuckerberg than follow in his footsteps.

Excellent Bloomberg piece on Apple’s struggle to get the iPhoneX to market on time which pins the major issues on the formidable complexity of the Face ID sensor and the electronics supply chain behind it: 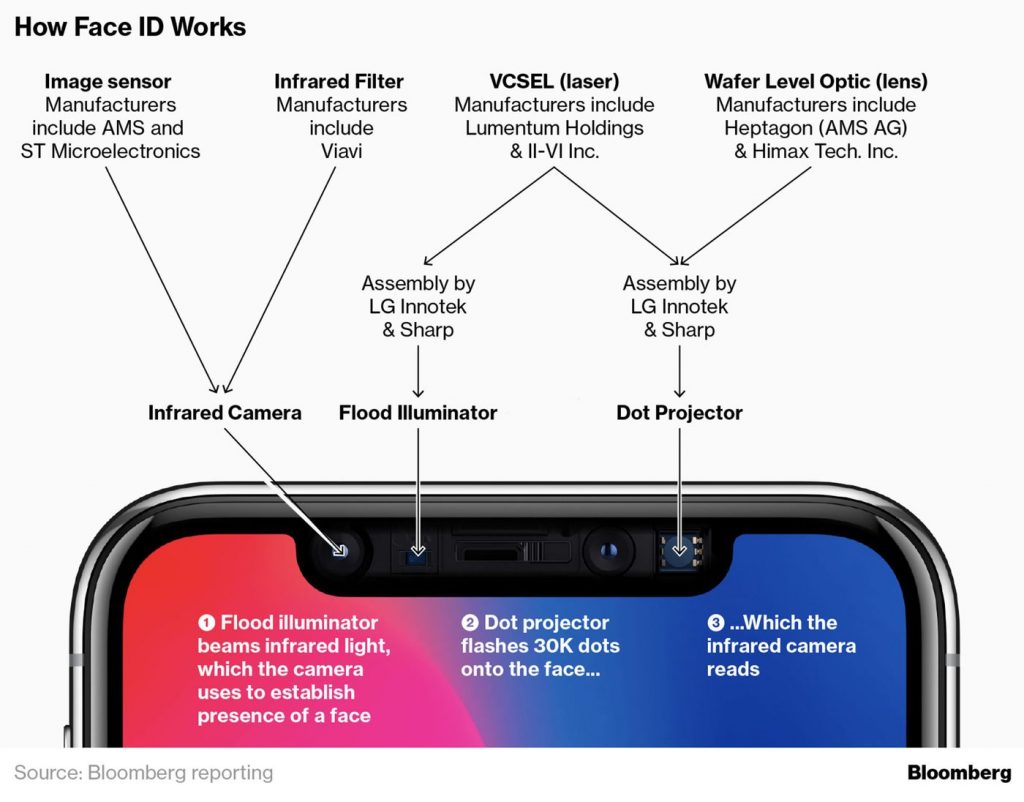 The Information however suggests a note of caution for news broadcasters anxious to pile into the OTT frenzy:

is a terrible medium for both consuming and creating information. So businesses in the latter category, aka every news organization that is bulking up its video team, should proceed carefully.

Why “the world needs a Vertu“.  The picture is appropriately enough the crocodile leathered back of an entry-level Vertu Aster that would have set you back £5k or so: 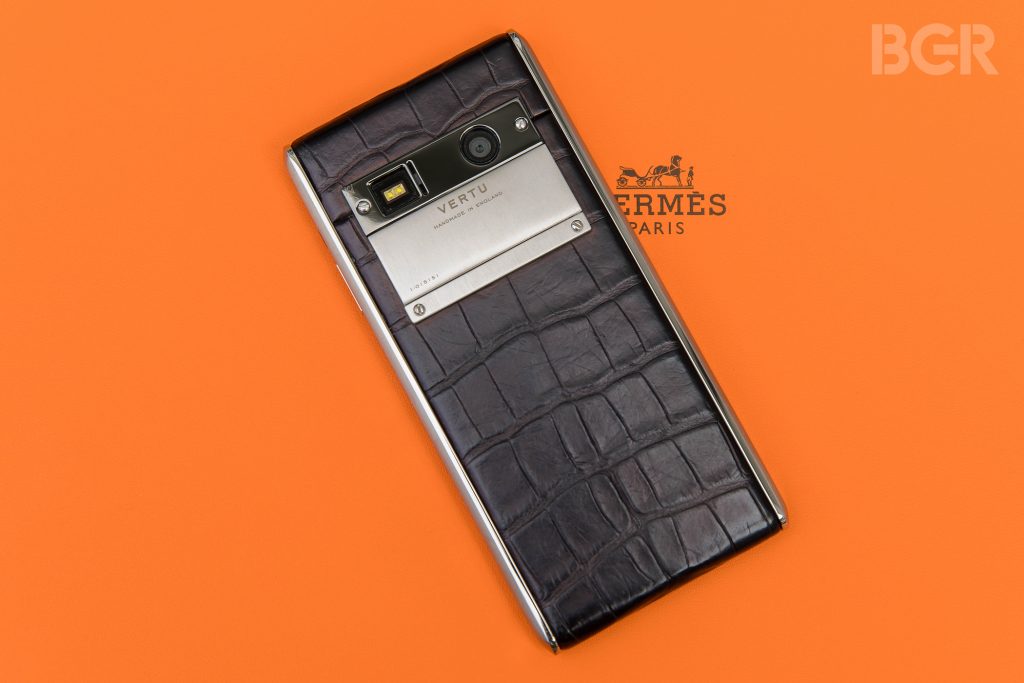 Jeff Bezos smashing a champagne bottle into a wind turbine is strangely compelling:

Good article on the value of Prime membership to Amazon.  Loss leader or value creator?

Either way, Amazon is growing faster than any big company in the US these days—and maybe ever:

Of the four tech giants … Amazon has the best chance to reach $1 trillion in market capitalization first. That means more than doubling its present value of $478 billion and leaping past Apple, Google and Facebook, which investors now value more highly. Where the four overlap competitively – in voice services, artificial intelligence, media – Amazon is currently winning

Even so, Amazon has not exactly garnered plaudits for its  on the Roy Price debacle which has raised questions about the way the company is run and managed by mostly men:

The pinnacle of Amazon is an elite group known as the S-team, roughly 16 senior executives, fewer than a dozen of whom report directly to Jeff Bezos, the company’s chief executive. Just one member of the S-team is a woman, Beth Galetti, Amazon’s senior vice president for human resources, according to two of the three employees who spoke on the condition of anonymity.

Elon Musk’s email rule at Tesla is so good it is worth quoting in full without context – it speaks volumes eloquently:

There are two schools of thought about how information should flow within companies. By far the most common way is chain of command, which means that you always flow communication through your manager. The problem with this approach is that, while it serves to enhance the power of the manager, it fails to serve the company.

Anyone at Tesla can and should email/talk to anyone else according to what they think is the fastest way to solve a problem for the benefit of the whole company. You can talk to your manager’s manager without his permission, you can talk directly to a VP in another dept, you can talk to me, you can talk to anyone without anyone else’s permission. Moreover, you should consider yourself obligated to do so until the right thing happens. The point here is not random chitchat, but rather ensuring that we execute ultra-fast and well. We obviously cannot compete with the big car companies in size, so we must do so with intelligence and agility.

One final point is that managers should work hard to ensure that they are not creating silos within the company that create an us vs. them mentality or impede communication in any way. This is unfortunately a natural tendency and needs to be actively fought. How can it possibly help Tesla for depts to erect barriers between themselves or see their success as relative within the company instead of collective? We are all in the same boat. Always view yourself as working for the good of the company and never your dept.

The transition from engineer to engineering manager is one that is harder to objectively measure.  The nuance is the thing:

As an engineer, you are used to your work being more or less directly proportional to its impact. You write code, it advances a product’s development. You don’t write code, and it doesn’t. In management, however, the relationship between your work and its results is much more nuanced.

This Python graph gallery with code is an amazingly useful resource for anyone interested in data visualisation.  From that site, TIL how to build a word cloud with this code:

resulting in this image: 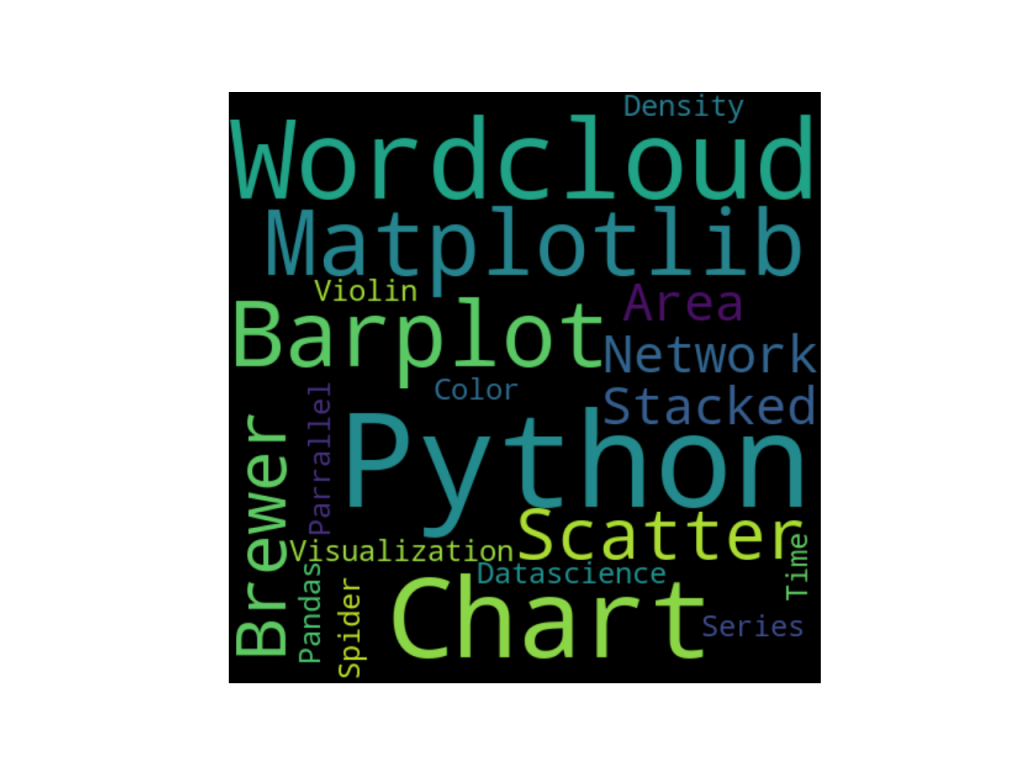 Streaming data frames in a Python notebook using pandas and an experimental library called Streamz for realtime telemetry.  This will surely eventually be combined with Dask:

The Atlantic on Trump’s America as told by modern day neo-anthropologists criss-crossing the US to try and find out what happened and where everyone is at now. 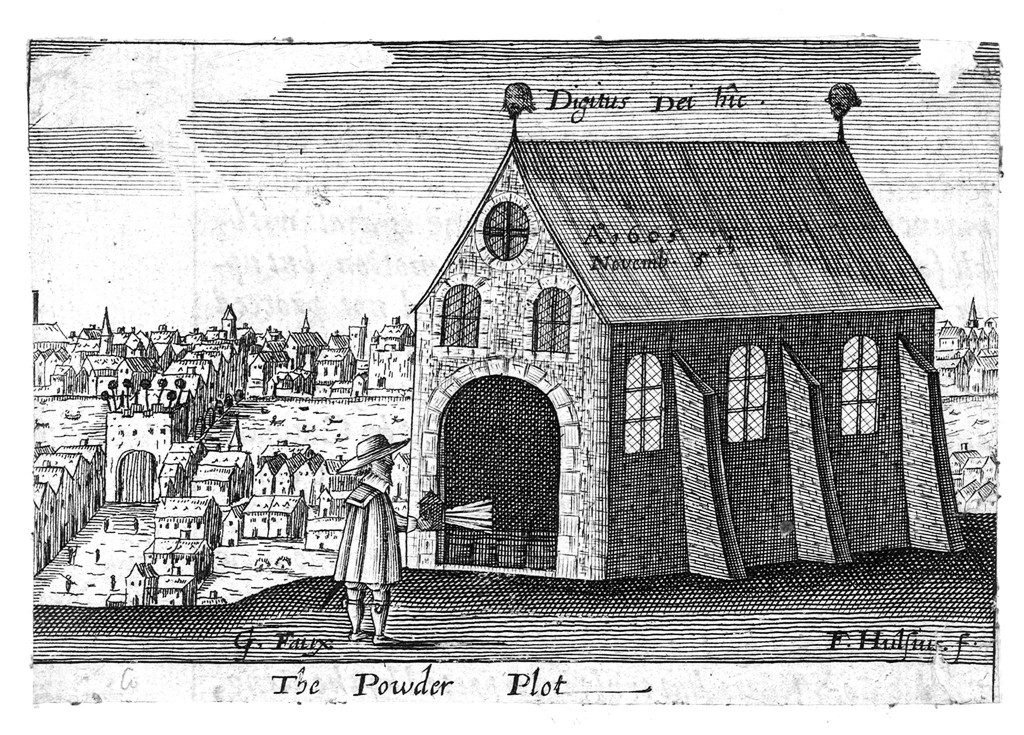 A controversial must-read from the ever-excellent Aeon on why having children far from being life affirming is immoral.  Moral philosopher Jeff McMahan profiled in this post, would doubtless beg to differ and invoke the non-identity problem:

The non-identity problem runs as follows: Humans are capable of actions that simultaneously create an objectively worse state of affairs, but also allow certain people (who otherwise wouldn’t have existed) to be born. For those who exist as a direct result of such actions, the original act is not bad for them. It’s unclear whether the act is, in fact, bad for anyone.

Insects are in serious trouble of the hyperobject variety.  The sort of existential crisis techno-utopians tend not to talk about.  Insects were notably absent in the bleak dystopian future portrayed in Bladerunner 2049: