Bloomberg on why Donald Trump is the incarnation of Skynet using a few choice inputs like Twitter and Breitbart as his training data to build a model of the world in the same idiosyncratic and haphazard way an AI would:

I think Trump is Skynet, or at least a good dry run.  … Trump is pure id, with no abiding agenda or beliefs, similar to a machine-learning algorithm. It’s a mistake to think he has a strategy, beyond doing what works for him in a strictly narrow sense of what gets him attention.

Sticking with dystopian visions, Trump’s very own Rasputin, Steve Bannon, is obsessed with the Fourth Turning introduced here in this blog last year.  The Atlantic suggests both are determined to follow a new playbook on how to build an American autocracy with untold consequences for the country’s standing in the world while majority Republicans engage in a Faustian compact:

By all early indications, the Trump presidency will corrode public integrity and the rule of law—and also do untold damage to American global leadership, the Western alliance, and democratic norms around the world. The damage has already begun, and it will not be soon or easily undone. Yet exactly how much damage is allowed to be done is an open question—the most important near-term question in American politics.

Tech companies at least are getting together to challenge Trump. For now.  Where this ends up is anyone’s guess though.  It’s entirely possible that Trump will end up reaching an informal arrangement with this group that protects their interests but still manages to make it look like he has made a difference on immigration.  There seems to be a horrible inevitability about this train crash.

Trump won’t have it all his own way though.  He can rail against jobs going overseas but a protectionist Leviathan can no more stop these digital waves than Canute could their analog counterparts.  Virtual memory, virtual servers, virtual reality, virtual jobs. The repo man is coming and will have your job:

Listen, and understand. That terminator is out there. It can’t be bargained with. It can’t be reasoned with. It doesn’t feel pity, or remorse, or fear. And it absolutely will not stop, ever, until you are dead.

Technological unemployment is less visceral or fear-inducing than terrorism though.  It is important to recognize that Trump speaks to the psychology of mass anger at perceived government corruption and fear of terror.  This is the basis of much of his appeal, more so than the much greater risk of financial or health problems: 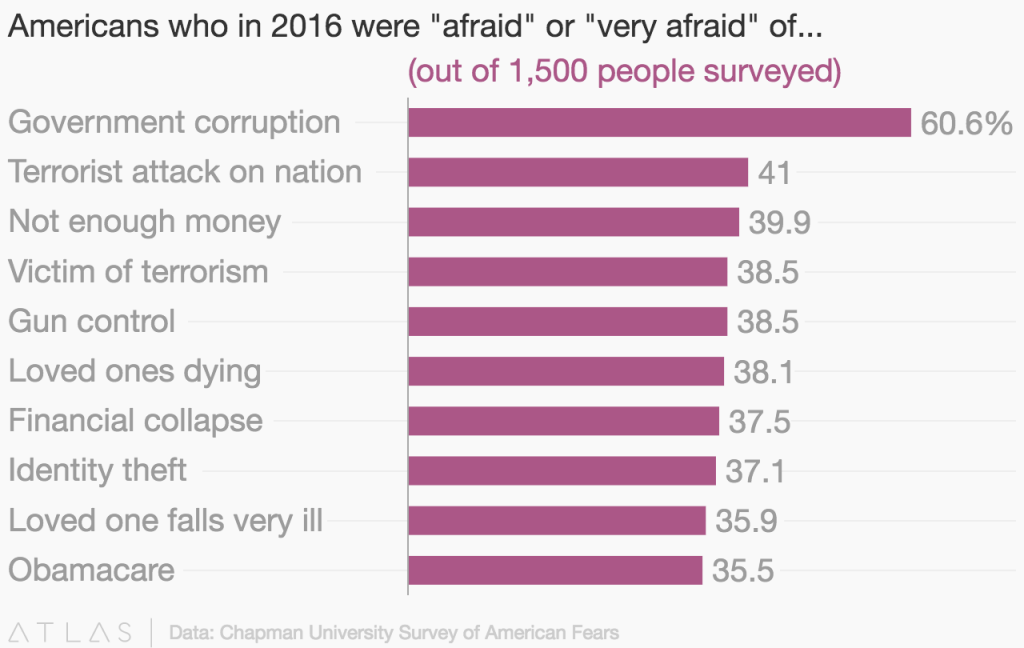 Underlining the disparity, this vox.com post on the reality of the global refugee crisis highlights the reality of refugee flows globally and how the vast majority of the burden is taken up by neighbouring states with countries like the US barely making an appearance.  If Trump really meant his Muslim ban to be about security, a number of other countries notably Turkey and Pakistan would be on his list too: 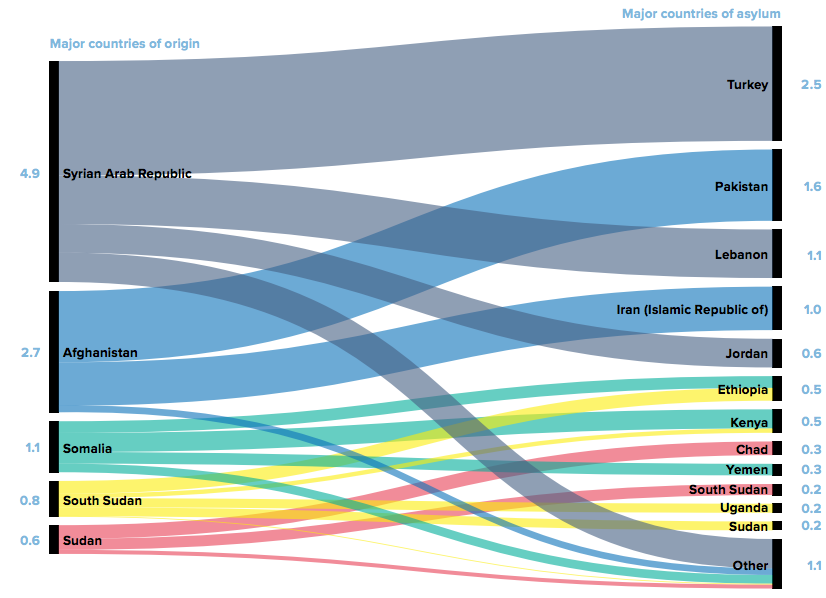 A whirlwind tour through trends in China presented by Connie Chan of a16z:

OReilly offer the chance to build and train your first TensorFlow graph.

Why Amazon’s Alexa will take over your phone and your office next.

Kraftwerk were being robots 40 years ago:

Technology is finally enabling their vision to be realised.  Grammy nominee Alex da Kid on the use of machine learning to create music:

“Alex Da Kid used Watson to analyze the composition of five years’ worth of Billboard songs, as well as cultural artefacts such as newspaper articles, film scripts and social media commentary. The idea was to understand the “emotional temperature” of the time period, and use this to inform Alex’s creative process.”

And how about Deep Rap, a Markov Chain rap lyric generator:

Fastcodesign on the shape-shifting 24 hour nightclub of the future which will doubtless play Deep Rap generated music:

Computer security legend Bruce Scheier on the inherent danger of the Internet of Things coming to a connected TV or kettle near you. He suggests we are reaching the ‘high watermark’ of ‘connect it all’ and that we face an inevitable backlash to the ‘robot-sized’ world we are inadvertently creating:

We also need to start disconnecting systems. If we cannot secure complex systems to the level required by their real-world capabilities, then we must not build a world where everything is computerized and interconnected.

Fitbit are not so fit judging by a weak set of Q4 results.  Wearables seem to have started hitting the buffers somewhat in 2017.

Club Penguin which was hugely popular amongst schoolchildren the world around as little as 2-3 years ago is shutting down.  Children’s tech is a hard and capricious business.

Can Snap deliver on revenue?  The Information isn’t so sure.  They seem to be hiring engineers like it’s going out of fashion though.

IBTimes on the ‘substantial evidence’ that the universe is a hologram.   Hard to get your head around this other than to trust the maths it seems:

Imagine that everything you see, feel and hear in three dimensions (and your perception of time) in fact emanates from a flat two-dimensional field. The idea is similar to that of ordinary holograms where a three-dimensional image is encoded in a two-dimensional surface, such as in the hologram on a credit card. However, this time, the entire universe is encoded

A Google perspective on building high performing teams.  The five keys presented in the podcast suggest clarity and discipline are vital:

The transition from engineer through manager to manager of managers is a play in three parts.  The journey away from the code face is outlined well in this post:

talking through what’s happening with your reports, managers and a good peer network is the most important tool you can use to survive the transitions.