I skate to where the puck is going to be, not to where it has been.

So Ben Evans’ recent co-option and extension of it struck a chord with many observers:

Nokia and Blackberry were skating to where the puck was going to be, and felt nice and fast and in control, while Apple and Google were melting the ice rink and switching the game to water-skiing.

The relentless advances in artificial intelligence and machine learning in just the last few years suggest a similar argument can be made there.  If it proves to be the case that Deep Learning can be packaged in a user-friendly way and applied across a wide range of verticals it would be a rink-melting game changer for those unprepared for it.  A generalised and largely unsupervised approach for extracting features from labelled data may essentially reduce many narrow intelligence problems to mere compute cycles.  The unemotionally efficient way in which AlphaGo has dispatched world Go champion Lee Sedol in the first two games of their epic encounter are a case in point.   It’s been a chastening and eerie sight.  NYT anthropomorphised proceedings by suggesting that Sedol was ‘walloped’ and he certainly played to the inhabitants of Anxious Avenue:

“I am very surprised because I have never thought I would lose,” Mr. Lee said at a news conference in Seoul. “I didn’t know that AlphaGo would play such a perfect Go.”

There’s a degree of public relations showboating at play behind the scenes, of course, as seems to be inevitable these days with most things involving DeepMind or its ever-present Founder, Demis Hassabis. Even so, it’s worth reflecting on the staggering array of state of the art software and data centre sized hardware platform that Sedol is up against:

For the Korea match, Hassabis says, he and his team are “laying down their own fiber” so that they have a good connection to a Google data center that holds such hardware [1,200 central processing chips and about 170 GPU cars]. “You’ve got a flexible supercomputer on tap that you can just dip in or dip out of,” he says.

Playing Go is a long long way away from anything approaching AGI. But the rate of progress begs the question ‘Could machines have become self-aware without our knowing it?‘  In all depends on how you define consciousness but at least at one level the answer might already be yes.  Maybe reaching the higher levels requires us to more closely model the human brain connectome.  In yet another media outing this time in the Verge, Hassabis predicts another step change in perception five years out perhaps the first clear indication of where we are in terms of the narrow (ANI) to general (AGI) transition:

I think in the next two to three years you’ll start seeing it. I mean, it’ll be quite subtle to begin with, certain aspects will just work better. Maybe looking four to five, five-plus years away you’ll start seeing a big step change in capabilities.

The progress highlighted in last week’s blog with Google’s Atlas demonstrated that advances  in machine learning are not just limited to games.  Washington Post reported the remarks of a leading roboticist who was suitably impressed with the Atlas:

Such a broad range of capabilities hasn’t been seen before in one robot.

Rolling Stone have got with the zeitgeist with a memorable and quite accessible two-part long form publication called simply ‘Inside the Artificial Intelligence revolution.’  Part 1 covers robotics, machine learning, DeepMind and Facebook.  It carries a revealing profile of AI pioneer Yann LeCun now DIrector of AI Research at Facebook which says more about the social media algorithmic reductivity than anything else I’ve seen.  It’s all too easy, once you get bitten by the Machine Learning bug, to recast all sorts of daily activities and interactions in terms of a feature vector. Even your users, it seems from Facebook’s experience to date, can be reduced to 4000 features:

One solution that LeCun is working on is to represent everything on Facebook as a vector, which allows computers to plot a data point in space. “The typical vectors we use to represent concepts like images have about 4,000 dimensions,” he says. “So, basically, it is a list of 4,000 numbers that characterizes everything about an image.” Vectors can describe an image, a piece of text or human interests. Reduced to a number, it’s easy for computers to search and compare. If the interests of a person, represented by a vector, match the vector of an image, the person will likely enjoy the image. “Basically, it reduces reasoning to geometry,” he says.

Part 2 focuses on Google’s self-driving car program, military robots and technological unemployment suggesting a connection between the political ascent of Donald Trump and the rise of the machines.  Which ought to give pause for thought:

Last month’s White House economic report predicted that if a job pays less than $20 an hour, there’s an 83 percent chance it will eventually be eliminated by automation. But beyond that, it’s hard to predict the impacts. Unemployment and stagnant wages among blue-collar and less-educated workers have already transformed American politics and fueled the rise of Donald Trump – increasing automation will only accelerate these trends.

It may be that Universal Basic Income (UBI) is the only viable option in the long run.  The robots will do the jobs and humans will distribute the proceeds.  At least that’s the core idea underlying the approach.  Logic, however, does not always prevail in times of huge societal transition.  Venturing the suggestion that truck driving is in some way the mark of an unworthy life, for instance, may well incentivize many truck drivers  to vote Trump if they aren’t already:

“I think it’s a bad use of a human to spend 20 years of their life driving a truck back and forth across the United States,” Mr. Wenger said. “That’s not what we aspire to do as humans — it’s a bad use of a human brain — and automation and basic income is a development that will free us to do lots of incredible things that are more aligned with what it means to be human.”

If you want to understand Snapchat, the insanely fast-growing and—to people born before 1990—straight-up insane messaging app and media platform, DJ Khaled is your Virgil. If you were one of the 100 million people who logged in to Snapchat each day during Super Bowl weekend, his thick beard and full frame were impossible to miss. You would have seen clips of him at an impromptu concert where he was mobbed by several hundred screaming fans waving giant cardboard keys, or at a raucous party sponsored by PepsiCo, or in a pedicab he hailed after the game. “Ride wit me through the journey [to] more success,” he captioned that last video, as his chauffeur pedaled furiously. With you in my life, I’ve received exponentially more messages than I ever have before. And while it’s been awesome to have such a connection with you, it has been absolutely brutal on my productivity.

3D printing and the IoT

Wiring basically incubated the idea of building a microcontroller-based hardware controller platform that was simple enough to program that it could be used by artists. Indeed, it was intended to be the physical counterpart to Processing, a visual programming language for art.

Foxconn reportedly got cold feet after a 100-point list of potential contingent liabilities, amounting to 350 billion yen ($3.1 billion), mysteriously emerged (paywall) at the last minute, according to the Wall Street Journal.

Spend some time and get your deploys to be as boring, straightforward, and stress-free as possible. It’ll pay off.

“[All highly successful people] treat life, business, and success… just like a nightclub.  There are always three ways in.  There’s the First Door, where 99% of people wait in line,hoping to get in. There’s the Second Door, where billionaires and royalty slip through. But then there is always, always… the Third Door. It’s the entrance where you have to jump out of line, run down the alley, climb over the dumpster, bang on the door a hundred times, crack open the window, and sneak through kitchen. But there’s always a way in.”

Noel had wanted to transfer to Zappos’s culture team but found himself blocked by his manager. “As soon as I found out about how holacracy worked,” he says, “I was like, ‘Actually, my boss can’t tell me that.’ ” Noel’s ideas, which included weekday events where employees watch a movie in the auditorium while working on their laptops, gained traction. Now he works in the Fungineering circle, a kind of events-planning/pep squad. “My worst day at Zappos is still better than my best day anywhere else,” he says. “I can’t imagine going back to traditional hierarchy anymore.”

By unsettling the implicit rules of the game which govern our politics, he has further eliminated constraints on his presidency. Will he eliminate affirmative action in federal hiring? Or will he strengthen it? No one knows. Having thrown into doubt the unwritten rules that have constrained other presidents, he has more scope to act as he sees fit. 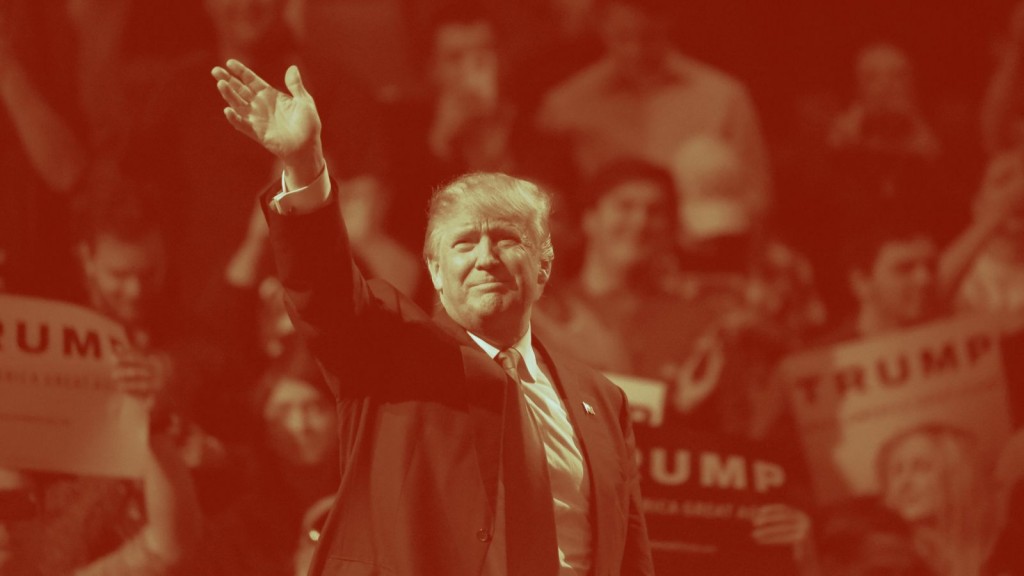 “his claim that Washington is broken and can only be fixed by an outsider resonates with many Americans, and not just arch-conservatives. So does his demagoguery about illegal immigrants and the supposed threat that Muslims present. What is perhaps more surprising, at least to Washington-based conservatives, is how many Republicans are also embracing Trump’s populist lines on ending free trade, protecting Social Security, and providing basic health care.”

As the authors explain, “the odds on finding an engineer in [our] sample is seventeen times greater than what we would expect if engineers were as likely to radicalise as the male adult population in general”. Medical doctors are also over-represented by as much as 10 times above the norm.

This … analyze[d] various triangle shapes between these points, their relative size and the angles they make, and so on. … They also used a second method to analyze the shape of the hand using a number of statistical measures. Combining these two methods creates a total of 16 different features that can be used in identification. … They then used two-thirds of the images to train a machine-learning algorithm to recognize different V signs and used the remaining images to test its efficacy.