AWS as a Service

The widely reported technical glitches that affected Amazon’s Prime Day promotion were a reminder of how dependent much of Amazon’s infrastructure let alone the modern internet is on Amazon Web Services:

The issues weren’t limited to shopping. Thousands of people reported losing connections with their Alexa digital assistants via Echo voice-activated speakers and having trouble streaming Prime Video, according to Downdetector. Amazon Web Services, the company’s cloud-computing division, reported global problems with its AWS Management Console, one of its tools. Thousands of big companies rely on AWS to run their websites.

If AWS sneezes, an awful lot of people get a cold.  Internal documents obtained by CNBC pinpoint the root cause which led to downstream instabilities:

A breakdown in an internal system called Sable, which Amazon uses to provide computation and storage services to its retail and digital businesses, caused a series of glitches across other services that depend on it, including Prime, authentication and video playback, the documents show. … Sable is used by 400 teams across Amazon and handled a total of 5.623 trillion service requests, or 63.5 million requests per second, during last year’s Prime Day 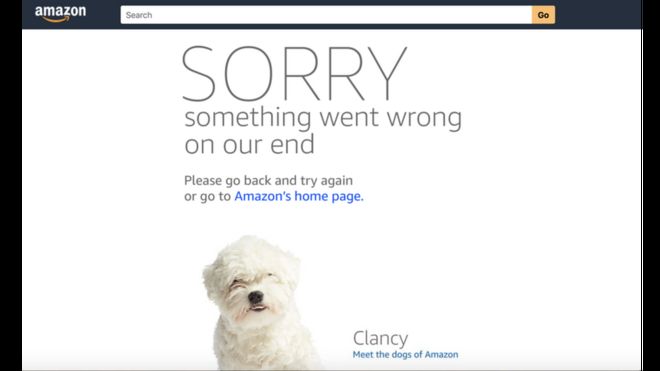 Smart TV smart of TV shipments is predicted to jump from less than 50% of the market in 2015 to almost 70% at the end of 2018.  It’s a major development with access to 4K UHD content an important inducement:

“Streaming remains the only way to access ultra-high-definition (UHD) content for most consumers, with smart TV reinforcing the value of 4K resolution screens, which are now being sold at mass-market prices. At the same time, the effect of government-imposed mandatory interactivity for TV services in Brazil and Argentina has boosted Latin America into the top three global regions for smart TV adoption.” 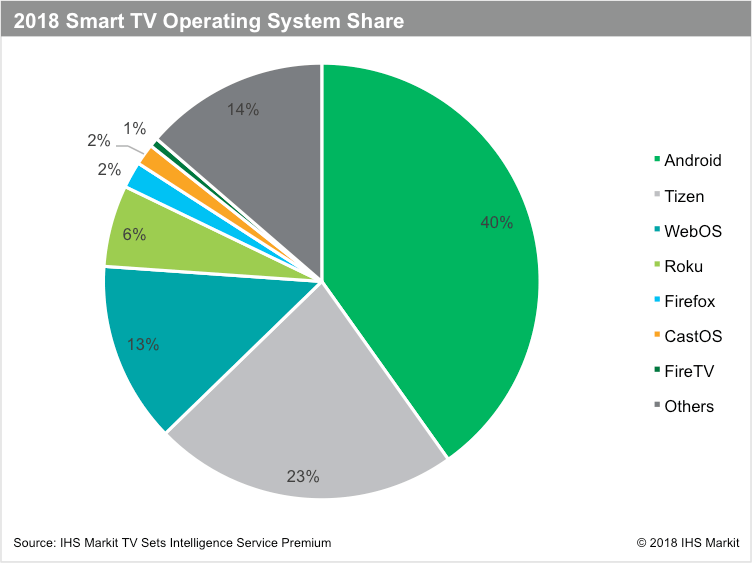 Content to take advantage of improvements in screen technology isn’t necessarily entirely in place.  Expect a lot of focus on this in the run up to the 2020 Olympics in Tokyo:

Just like HD before it, hardware technology reached the market far before any content did, placing an impetus on content creators and providers to catch up, while also allowing for a time of transition

Walmart is considering building streaming service to rival Netflix and Amazon Prime Video presumably in an attempt to access this new device space.

How the introduction of YubiKeys at Google neutralized employee phishing.

Google’s Edge TPU offers the prospect of creating a cheap platform for machine learning compute functionality independent of the cloud, a sort of Raspberry Pi for the AI era:

The Edge TPU is a small ASIC designed by Google that provides high performance ML inferencing for low-power devices. For example, it can execute state-of-the-art mobile vision models such as MobileNet V2 at 100+ fps, in a power efficient manner. .. With one of the following Edge TPU devices, you can build embedded systems with on-device AI features that are fast, secure, and power efficient.

Ben Evans’s sees it as an important development:

Google’s foray into edge computing helps underline the scale of growth and ambition of the GAFA quartet since the golden period of consumer startups which arguably lasted from 2009 to 2012.  Since then, network effects, access to distribution channels and ability to drain the market of all the best talent have taken their toll in an Empire Strikes Back scenario which has led to an arresting decline in the creation of new unicorns (companies moving to $1 billion or more valuation):

Python creator and Benevolent Dictator for Life Guido Van Rossum has quit.  He is “tired of the hate, leaves behind no successor or governance“:

Thanks for all the support (email and Twitter). I'm overwhelmed by the responses and won't be replying to most emails in person (except from core devs) but it's much appreciated. I'm still going to be around in the background!

Meanwhile, Python goes from strength to strength as illustrated in this rather expensive UK Python summer code camp proposition charging £575 to the parents of 10-14 year olds for a week of tuition which is even more expensive in residential form:

Python has recently become a very popular language, due to its emphasis on code readability and minimalistic syntax and is moving fast up the rankings of the most popular languages. In this popular kids’ python camp, we will teach your child to code, edit and problem-solve in a structured and methodical manner. Once your child has mastered how code is structured they will learn to implement core programming constructs through fun, practical exercises and projects resulting in their ability to create Python projects with confidence!

InfoQ introduction to WebAssembly and WASM by Jay Phelps, an engineer at Netflix: 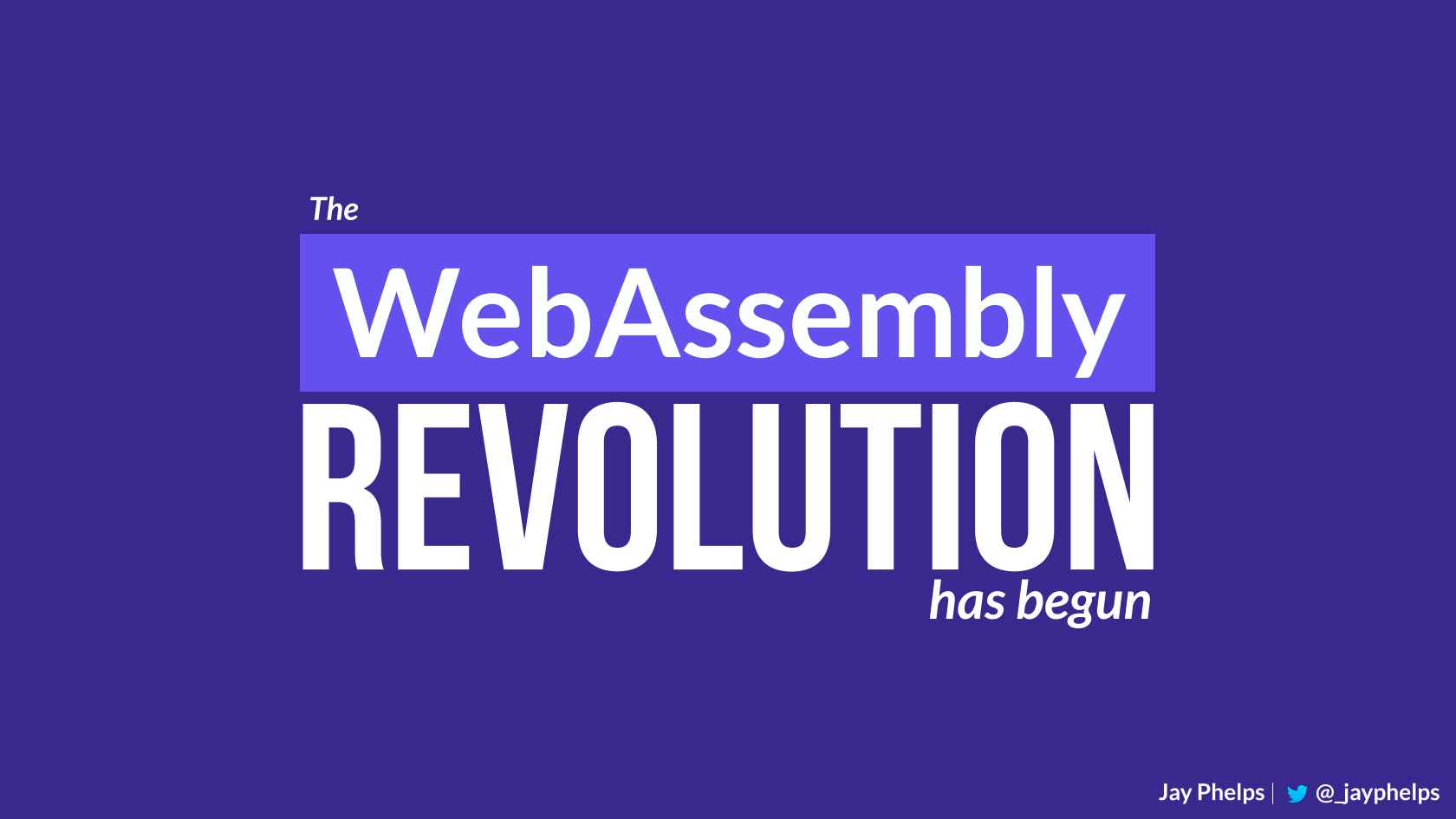 How the seemingly innocuous innovation of Moveable Type broke the web by introducing chronological sorting and other more insidious algorithmic progeny that took control away from creators:

Movable Type wasn’t a revolution, technically speaking. It wasn’t a live web app like the CMSes of today; it didn’t serve up dynamic content. It wasn’t fancy.

All it did was exploit the power of Perl scripts to do the same exact work we all used to do by hand: spit out static HTML files.

Culturally, though, it was devastating.

Suddenly people weren’t creating homepages or even web pages, but they were writing web content in form fields and text areas inside a web page.

Joe Shelton, an Apple old timer on what it was like to work with Wozniak and Jobs in the 1980s: 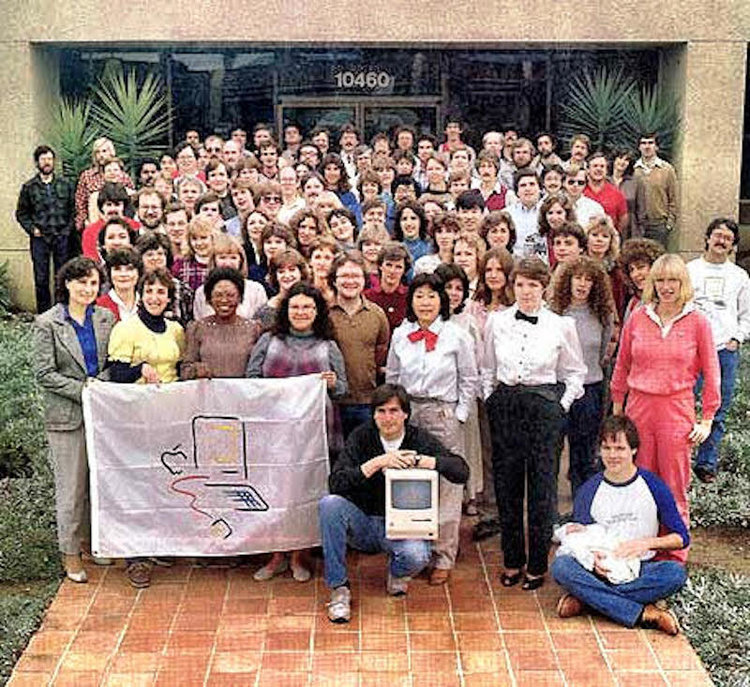 Six things not to say in a job interview. I’ve heard variants of these mainly the top three:

What mid-life crisis?  Things get better after you’re 50 apparently.

The tech industry isn’t doing enough to address mental health concerns which are a particular issue for tech professionals:

The gap between what we feel compelled to share publicly and how we feel privately takes a toll on our mental well-being. The risk may be especially high for those of us in the technology industry, where an emphasis on productivity, coupled with a presumed comfort with social media—a tool that, after all, our industry invented—make it awkward to opt out of continuous public disclosures. 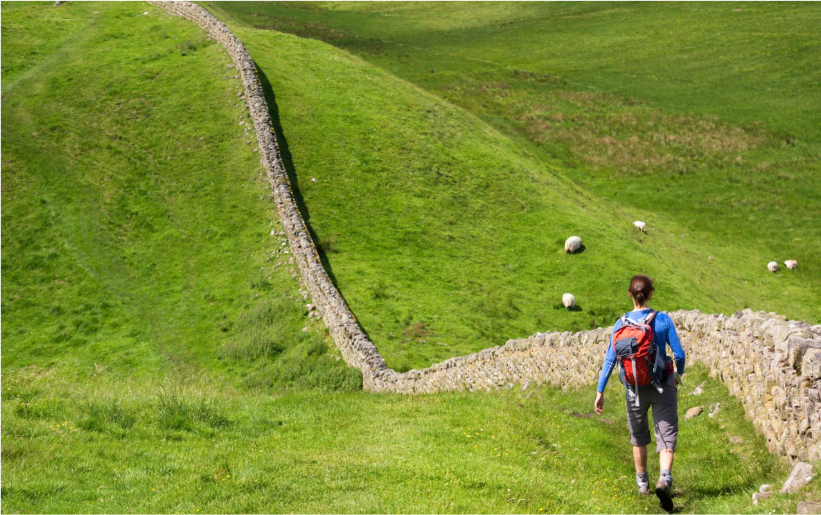 Continuing twin themes covered last time around of transhumanism and technology inequality, Douglas Rushkoff outlines how the tech elite plan to save themselves after the apocalypse based on his impressions attending a conference ostensibly about the future.  That flight to Mars is a lifeboat for the rich:

Last year, I got invited to a super-deluxe private resort to deliver a keynote speech to what I assumed would be a hundred or so investment bankers. It was by far the largest fee I had ever been offered for a talk – about half my annual professor’s salary – all to deliver some insight on the subject of “the future of technology”. …. Taking their cue from Elon Musk colonizing Mars, Peter Thiel reversing the ageing process, or Sam Altman and Ray Kurzweil uploading their minds into supercomputers, they were preparing for a digital future that had a whole lot less to do with making the world a better place than it did with transcending the human condition altogether and insulating themselves from a very real and present danger of climate change, rising sea levels, mass migrations, global pandemics, nativist panic, and resource depletion. For them, the future of technology is really about just one thing: escape.

Meanwhile in China, Orwell shrugged as a system of total surveillance is being imposed on society using a tool called Skynet: 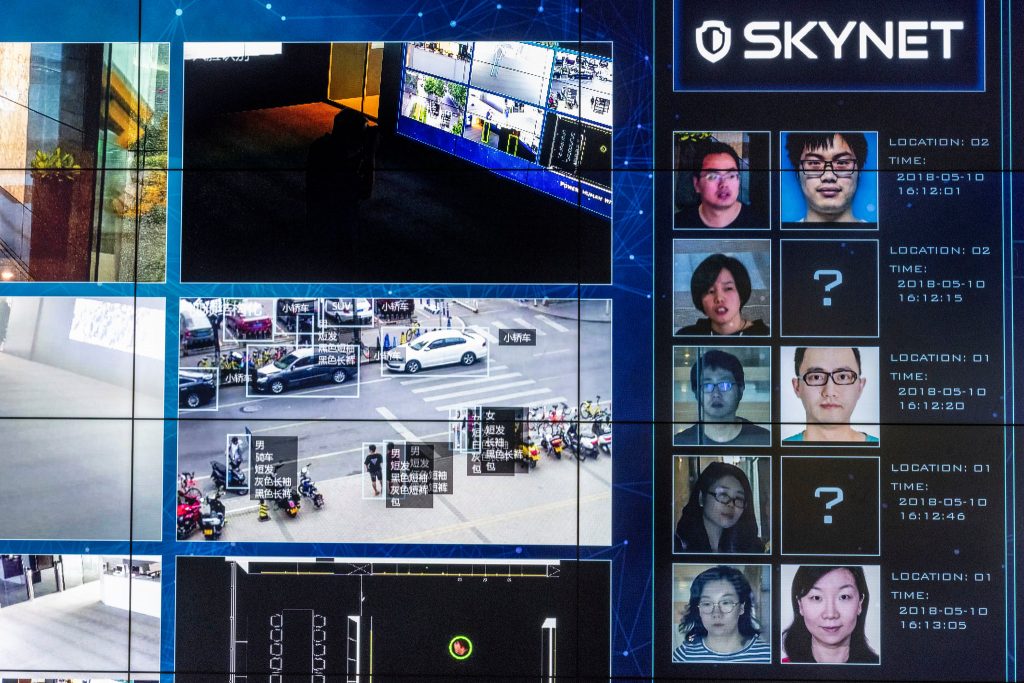 It’s a price that the population seems will to accept as eCommerce continues to transform rural China and accelerate the move to city dwelling where populations are easier to monitor.

“Going back to the village now, it’s like an ocean trying to flow back into a stream.”

Nevertheless even Skynet is powerless to stop the effects of climate change.  James Bridle refers to a “lead-damaged generation” (Generation CO2) being in peak power implying that  pollution may be affecting our politics not just our health:

Trump like many others can’t tell the difference between England, the UK and Great Britain.  He also doesn’t seem to be able to tell the difference between an enemy and a friend judging by his utterances while on a recent European tour which provoked a backlash even amongst his supporters.  As with everything Trump related though, he’ll find a way to distract everyone with another unrelated outrage soon enough:

In the course of a single European journey, Trump set out to humiliate the leaders of Western Europe and declare them “foes”; to fracture long-standing military, economic, and political alliances; and to absolve Russia of its attempts to undermine the 2016 election. He did so clearly, repeatedly, and with conviction.

Over in the UK, Brexit seems to lurch into uncharted territory with Theresa May’s Chequers Plan roundly rejected from all sides.  It feels like this is going to end badly:

The prime minister’s Chequers plan is barely a fortnight old, but already being read the last rites. It is too soft for the hard Brexiters. It is too hard for those who want a soft Brexit. It is being picked apart by a disdainful EU

Even the Civil Service is eschewing traditional British advice to Stay Calm and instead advising us to panic and stockpile essentials.