In an important article in The Guardian, a number of alumni of Facebook and Google warn that society is increasingly heading down the wrong path to a dystopian future off the back of features such as the like button and pull-to-refresh that in several important cases they were responsible for creating.  It’s the ultimate volte face even if it is presented by one of them as a normal course of events:

“It is very common for humans to develop things with the best of intentions and for them to have unintended, negative consequences.”

The specific concern they have is around the impact all these features collectively have on our attention and ability to concentrate:

There is growing concern that as well as addicting users, technology is contributing toward so-called “continuous partial attention”, severely limiting people’s ability to focus, and possibly lowering IQ. One recent study showed that the mere presence of smartphones damages cognitive capacity – even when the device is turned off. “Everyone is distracted,” Rosenstein says. “All of the time.”

But even that pales into insignificance in comparison to the potentially disastrous impact this all has on our democratic system and politics.  We are increasingly at the mercy of dangerous swirling forces of hystericalism and mass impulse that may bring an end to our current political system in favour of fascistic dictatorship:

James Williams does not believe talk of dystopia is far-fetched. The ex-Google strategist who built the metrics system for the company’s global search advertising business, he has had a front-row view of an industry he describes as the “largest, most standardised and most centralised form of attentional control in human history”.

“The attention economy incentivises the design of technologies that grab our attention,” he says. “In so doing, it privileges our impulses over our intentions.”

That means privileging what is sensational over what is nuanced, appealing to emotion, anger and outrage. The news media is increasingly working in service to tech companies, Williams adds, and must play by the rules of the attention economy to “sensationalise, bait and entertain in order to survive”. 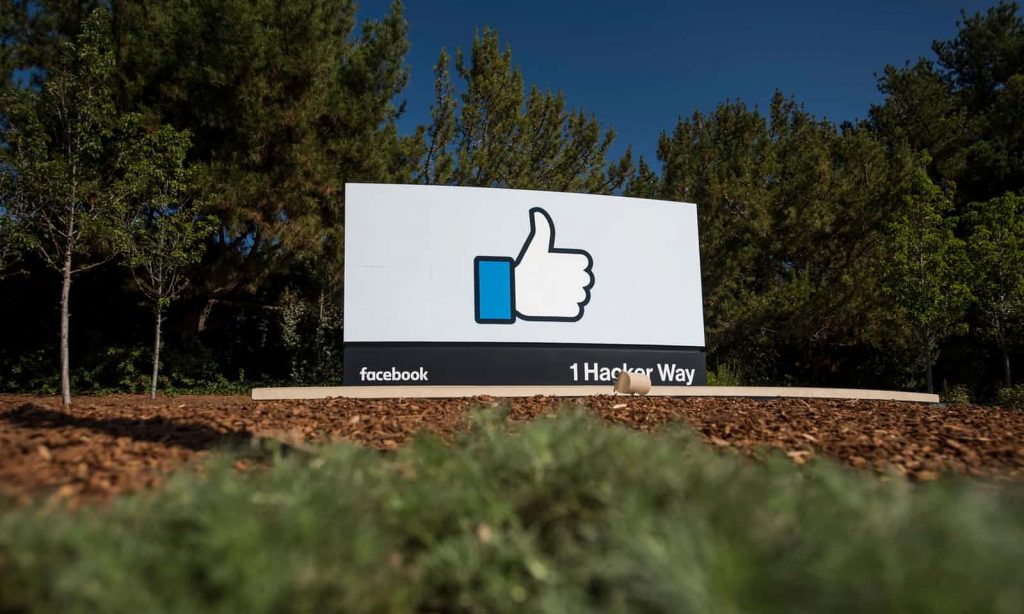 And all the while this is going on, it’s becoming clearer that irrespective of their degree of veracity, any facts presented are not going to change our mind.  We appear to privilege stubbornly sticking with our view and winning arguments to actually changing our mind in the light of evidence:

Providing people with accurate information doesn’t seem to help; they simply discount it. Appealing to their emotions may work better, but doing so is obviously antithetical to the goal of promoting sound science.

The future seems to belong to loud, angry people gesticulating wildly on activity-sensing TV remote controls voting to enforce their cupcake fascism on the cowed masses.

MIT Technology Review provide an important injection of skepticism to the hype around Deep Learning in a good post pointing out that everything being done today is built on the 30-year old technology of back propagation.  Even Geoff Hinton, the father of backprop, thinks it will be overtaken by a new paradigm that allows computers to learn as quickly and with less data as humans do:

Neural nets can be thought of as trying to take things—images, words, recordings of someone talking, medical data—and put them into what mathematicians call a high-dimensional vector space, where the closeness or distance of the things reflects some important feature of the actual world. Hinton believes this is what the brain itself does.

One of the points made by Hinton is that we still don’t really understand how Deep Learning networks actually learn.  Information Bottleneck theory attempts to provide an explanation obtained by studying how they evolve over time through a combination of memorisation and compression:

The problem of bias in machine learning is likely to become more significant as the technology spreads to critical areas like medicine and law, and as more people without a deep technical understanding are tasked with deploying it.

The Information are suggesting that Google are pushing to add Deep Mind smarts to GCP (Google Cloud Platform) in a move that seems calculated to target AWS customers with large ML workloads.

K’s jacket in BladeRunner 2049 is garnering as much praise as the actor.  Turns out it’s a clever fake in keeping with the themes of the movie.  Even better than the real thing.

Dyson have announced they are making an electric car. Given it’s essentially just some large motors with wheels and a chassis, it isn’t altogether that surprising.

James Dyson just announced to @Dyson employees that we’ve begun work on a battery electric vehicle, due to launch in 2020. pic.twitter.com/yUZNvIsYIi

Why your best QA engineer is a robot but all too often isn’t:

QA outsourcing dampens adoption of [automated] testing by making it economically feasible to ‘solve’ the QA problem by throwing people at it. This helps perpetuate software developers’ ‘We’re too busy to write tests’ argument.

Amazon’s ambitions with Alexa appear to be boundless:

Amazon wants Alexa in everything. It isn’t a case of hooking up your speaker, or pairing a couple of devices with your smartphone, it is everywhere. Whether it’s your alarm clock in the morning, the speaker in your kitchen, or the phone you’re carrying around everywhere, you will have Alexa with you at every point in your day.

Amazon are “working on a smart doorbell“ with partner Phrame:

The company is in advanced talks to forge a partnership with Phrame, a maker of smart license plates that allow items to be delivered to a car’s trunk, according to a person with knowledge of the potential deal. Phrame’s product fits around a license plate and contains a secure box that holds the keys to the car. Users unlock the box with their smartphone, and can grant access to others — such as delivery drivers — remotely.

Even so, the company is in a fierce battle to retain AI talent losing out it seems to Google in particular and also Facebook to a degree: 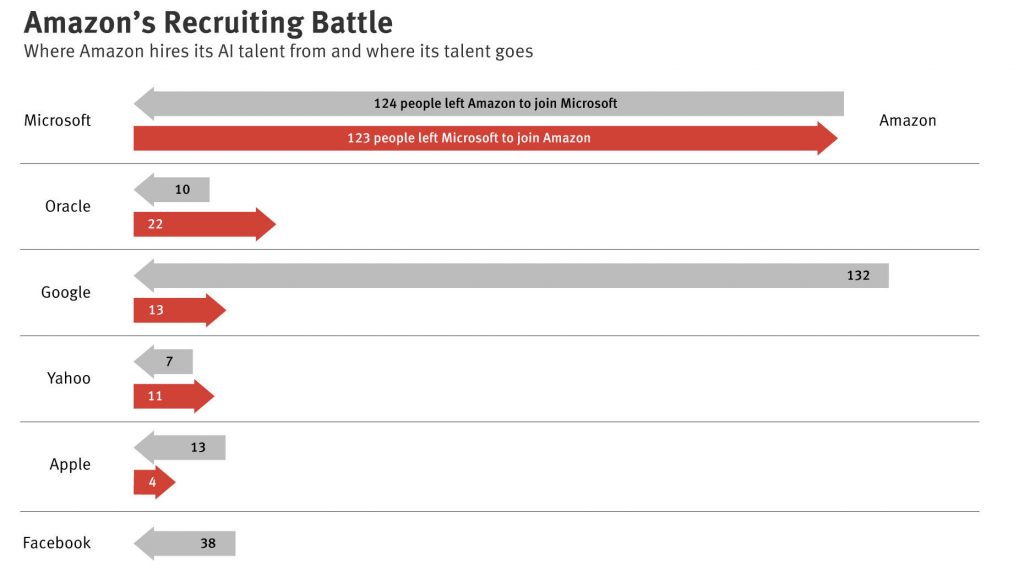 Ikea have acquired TaskRabbit in a move that seems aimed directly at competition from Amazon but is also interesting because the company is a poster child for Labour 2.0:

TaskRabbit is one of the best-known startups in the so-called “gig” economy that links freelance workers with jobs, from handymen to movers to assistants. It has about 60 employees, but over 60,000 independent workers use its platform. … The purchase of TaskRabbit was fueled by Ikea’s need to further bolster its digital customer service capabilities to better compete with rivals likes Amazon, which has stepped up its home goods and installation offerings. The purchase is Ikea’s first step into the on-demand platform space.

VentureBeat recap Google’s Pixel 2 phone announcements.   In terms of the phone itself:

Google put a big emphasis on its camera and promised greater high dynamic range, optical image stabilization, and lots of image processing. Accessing Google Assistant will also be easier — simply give your phone a squeeze.

Troy Hunt extols the virtues of default FaceID in a world where the bar for voluntary security additions is so dangerously low:

"less than 1% of the Dropbox user base is taking advantage of the company’s two-factor authentication feature": https://t.co/AdbYwWGb7t

Long read from BuzzFeed on Apple’s quest to transform photography.

Microsoft have “finally given up on mobile” with Windows Phone seemingly shuttered.

Soylent Green had it wrong.  Human waste could be the oil of the future.

The importance of the humble fruit fly in exploring how human genetics works is highlighted by the sheer number of associated Nobel Prizes awarded not just this year but over the course of the 20th century as well.  Fruit flies seem custom-made for lab work:

Today, scientists believe that about 75% of known human disease genes have a recognisable match in fruit flies. These include Down’s, Alzheimer’s, autism, diabetes and cancers of all types. “It’s almost as if they were designed to help scientists,” says geneticist Steve Jones.

With the 2017 Nobel Prize for Physics going to the team that discovered gravitational waves, some thoughts on what it could mean for future space science.

The Guardian on why it’s really important to keep moving and not sit still if you want to help avoid depression and disease.  Half an hour of exercise a day which includes walking:

We weren’t built to sit in front of a computer, a TV screen and a steering wheel. We were designed to be moving around.

The 2017 Nobel Prize for Literature went to Kazuo Ishiguro, a serious writer for serious times:

Writing and reading novels are activities that take place in opposition to the frantic, thoughtless rush of modern life. They demand a different quality of commitment and concentration, and a longer time scale. Serious novelists do our deep thinking for us, and find ways to communicate big questions (“the way countries and nations remember their past”) within stories so compelling that readers absorb them without having to try.

Theresa May’s disastrous Party Conference speech dissected by David Mitchell for whom the collapsing letters were a portent of doom to come. Things fall apart; the centre cannot hold:

For me, it was all about the letters. Everything else is excusable. … This was an extremely easy cock-up to avoid and, from some very important people’s point of view, it was very important to avoid it. So the fact that it happened anyway makes me queasy. This bad sign is an incredibly bad sign – about the Tories and possibly the whole country. Led by Theresa May, we’re turning into a place where the absurd and lamentable are commonplace. What an inauspicious moment in our history to become risible.

From May to Mosley.  Brainpickings on how Bertrand Russell put him in his box in 1962:

Thank you for your letter and for your enclosures. I have given some thought to our recent correspondence. It is always difficult to decide on how to respond to people whose ethos is so alien and, in fact, repellent to one’s own. It is not that I take exception to the general points made by you but that every ounce of my energy has been devoted to an active opposition to cruel bigotry, compulsive violence, and the sadistic persecution which has characterised the philosophy and practice of fascism.

I feel obliged to say that the emotional universes we inhabit are so distinct, and in deepest ways opposed, that nothing fruitful or sincere could ever emerge from association between us.

I should like you to understand the intensity of this conviction on my part. It is not out of any attempt to be rude that I say this but because of all that I value in human experience and human achievement.

Eminem always was a class act more so with this brutal takedown of Trump:

The FULL verse that EVERYBODY is talking about! @eminem BODIED THIS! #HipHopAwards pic.twitter.com/zoS0wEwjQF