Blood In The Water

The sacred status of Freedom of Speech in the US is enshrined in the constitution under the First Amendment and is traditionally held up as the key foundation block of the nation.  The rise of internet-enabled technologies of communication, however, poses a profound dilemma for liberal societies captured in this graphic: 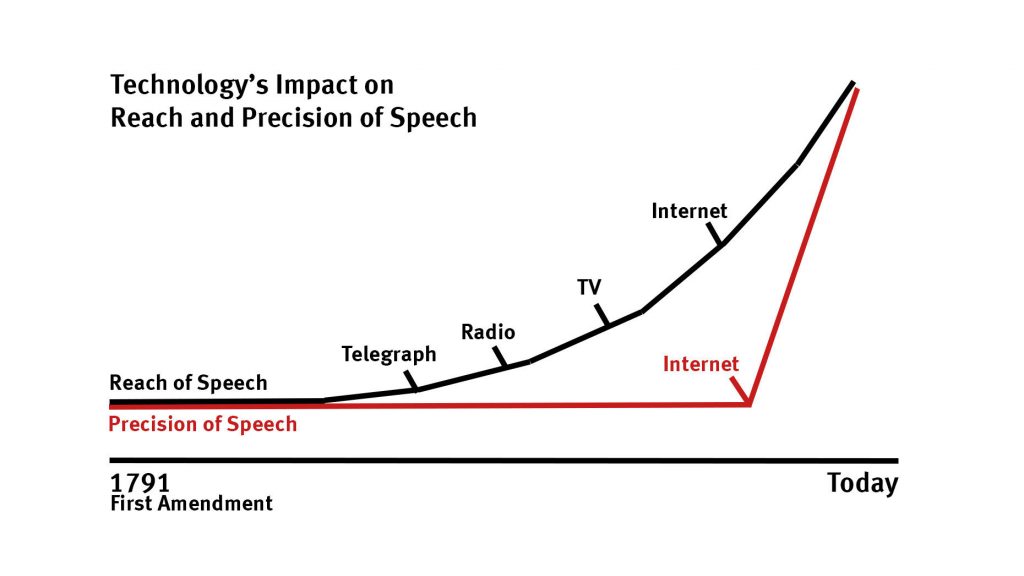 On the one hand the ability an individual has to reach a global population has never been greater:

It would be inconceivable to that generation that thousands of people now can—in mere seconds and acting alone—reach out and talk to millions. No prince or king had that ability a few hundred years ago, let alone an ordinary citizen. In this way the reach of the internet is indeed game-changing for the nature of speech. The real-world friction that existed as a counterweight to freedom to speak in the 18th century is gone.

On the other hand, in an alarming and relatively new development, this communication can also be filtered to allow the similarly-minded to meet and plot in private with potentially major ramifications for security for the rest of us:

The internet has brought the ability to find dozens of people to agree with or support you out of a pool of millions in private. This is the more disruptive part of our new technology because it can deeply empower extremists without being visible or understood by the broader public.

… when you wonder how extremist groups are able to find each other and organize protests and counter-protests, recognize that those people had a far harder time finding each other in the sea of moderates in a pre-internet time. While there are a handful of exceptions, in general most could never mass support in any numbers in an era before cheap air travel.

This is the scary legacy of our new communication technology. If speech was originally granted the status of being a “right” in an attempt to prevent the many from oppressing the few, with new technology there is at least an argument that now dozens—with far greater distribution and private organizing power than ever before—can oppress millions.

An update on information operations at Facebook following on from Russian election revelations shows the enormity of what’s at stake here:

In reviewing the ads buys, we have found approximately $100,000 in ad spending from June of 2015 to May of 2017 — associated with roughly 3,000 ads — that was connected to about 470 inauthentic accounts and Pages in violation of our policies. Our analysis suggests these accounts and Pages were affiliated with one another and likely operated out of Russia.

No wonder there’s blood in the water in Silicon Valley:

The blinding rise of Donald Trump over the past year has masked another major trend in American politics: the palpable, and perhaps permanent, turn against the tech industry. The new corporate leviathans that used to be seen as bright new avatars of American innovation are increasingly portrayed as sinister new centers of unaccountable power, a transformation likely to have major consequences for the industry and for American politics.

OReilly on solving real-world problems in the Enterprise with CNNs.  Use cases range from insurance and automotive to health care and retail.  The changes are coming and they will creep up on us incrementally in such a way that most will not be able to recognise.  In this case we have :

Deep learning is quickly becoming the standard platform for integrating automation and intelligence into the environment around us. We probably won’t turn on a complete self-driving car tomorrow; it will likely be a slow transition, to the point where the system progressively autocorrects more and more aspects of driving, and we just naturally stop wanting to drive manually.

Customers will love watching stunning 4K HDR movies from an impressive catalogue on iTunes, while also getting automatic upgrades of 4K HDR movies already in their iTunes library and enjoying 4K content on services like Netflix and Amazon Prime Video, coming soon

Mashable suggested that Apple AR enabled by A11 chip was the real star of the show:

During Schiller’s presentation at the product launch keynote, he announced a series of new iPhone features, like a home-grown graphics processing unit, updated image processing, and the underappreciated neural engine. With each announcement, Schiller showed, briefly, a slide image of a chip with some portion highlighted in green. I soon realized it was all just the same image of the A11 Bionic and wondered if people watching around the globe understood that Schiller was, essentially, showing off different rooms inside the same giant processor house.

NYT on Amazon’s army of fulfillment centre robots and the humans whose job it is to tend to them makes for essential reading:

Amazon now has more than 100,000 robots in action around the world, and it has plans to add many more to the mix.

The robots make warehouse work less tedious and physically taxing, while also enabling the kinds of efficiency gains that let a customer order dental floss after breakfast and receive it before dinner.

“It’s certainly true that Amazon would not be able to operate at the costs they have and the costs they provide customers without this automation,” said Martin Ford, a futurist and author of “Rise of the Robots,” a book about automation. “Maybe we wouldn’t be getting two-day shipping.” 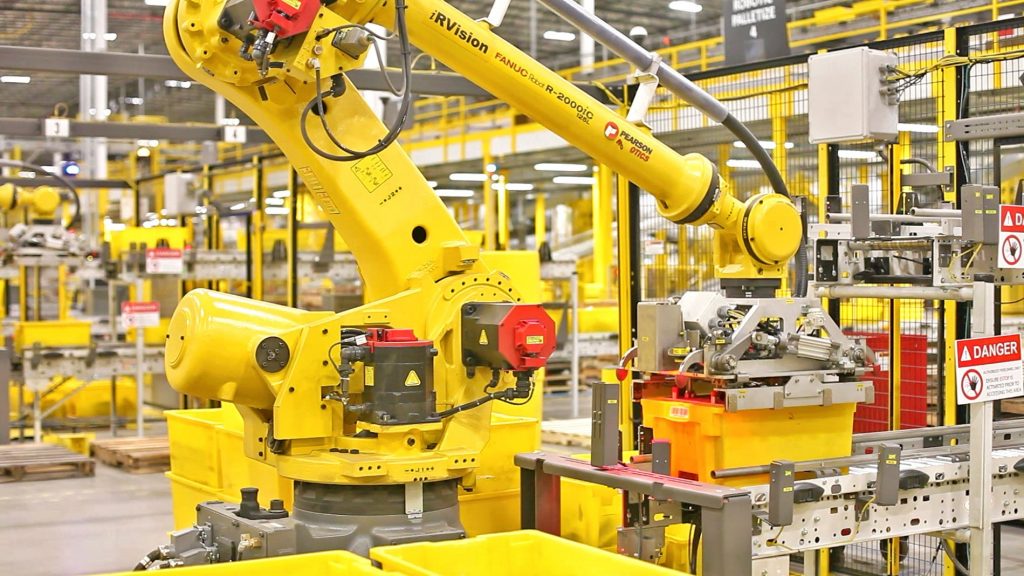 In addition to 100k robots, Amazon also employs thousands of temporary workers.  Wired meet some of their nomadic retirees in CamperForce who work cheek by jowl with Amazon’s notorious fulfillment centre robots:

The 350-pound orange contraptions were called drive units in official Amazon parlance, but most people called them Kivas, after the name of the original manufacturer. They scooted around inside a dim fenced-in area—after all, robots don’t need light to see—on a floor nicknamed the Kiva field. Their job: ferrying open-faced shelving columns full of merchandise to stations operated by humans like me along the perimeter. No one, except for members of a labor unit called Amnesty, was allowed to enter the Kiva field, even when products tumbled off the shelves.

Amazon Video and Netflix “will withdraw from Russia in 2018“ according to this article.

Wired on why you need to be turning Bluetooth off if you’re not using it on account of BlueBorne:

BlueBorne has implications for the billions of Bluetooth-equipped internet of things devices in the world including smart TVs, speakers, and even smart lightbulbs. Many of these devices are built on Linux and don’t have a mechanism for distributing updates. Or even if they do, they rarely receive them in practice. Linux is working on but hasn’t yet issued a BlueBorne patch.

The technical paper from Armis explaining BlueBorne is fascinating and includes a number of alarming insights such as this:

The Register provide a fascinating update on Planet Computing’s Gemini product, an attempt to resurrect the legendary Psion 5 20 years on.  The device will run AOSP and Debian Linux and much work remains to be done on hardware, software, mechanics and power.  This picture reveals the engine board and battery – according to the Indiegogo page the chipset is a Mediatek Helio X27: 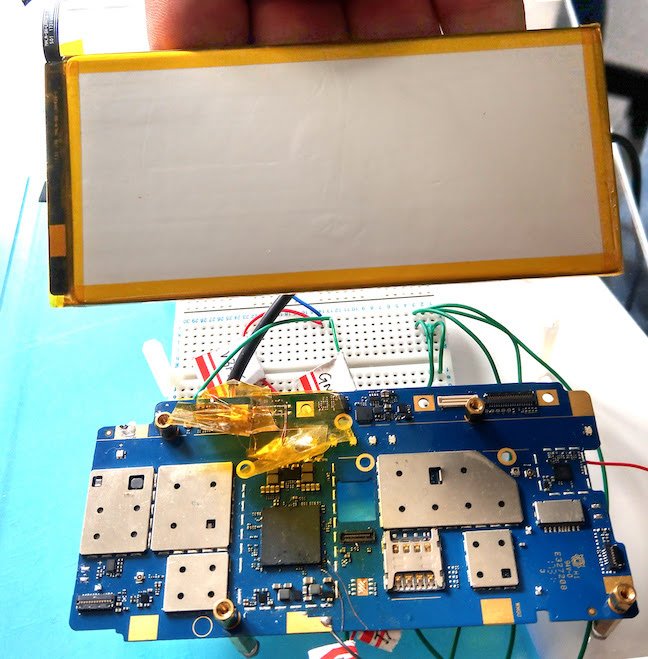 TechCrunch on the crazy hardware on display at the HAX demo day including the Moona machine learning pillow: 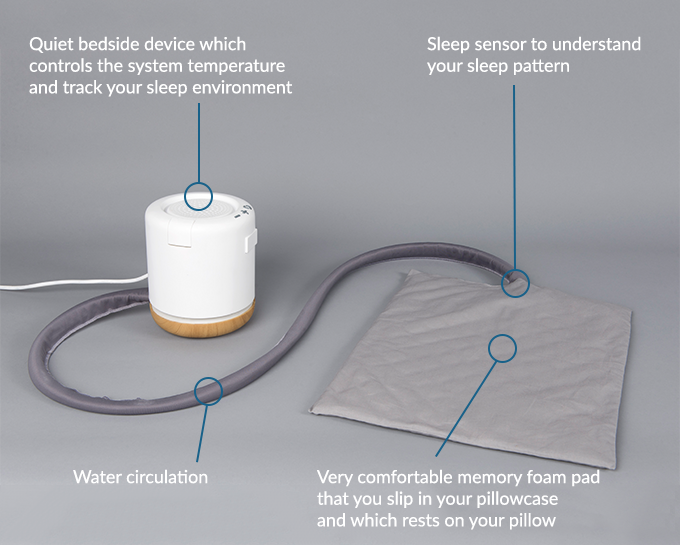 How to choose a programming language provides some sensible advice taking in local market skills, productivity, ecosystem and existing skillset.

Even so, you probably wouldn’t go wrong choosing Python which, according to this StackOverflow data, is growing hugely primarily as a result of libraries like pandas and scikit-learn that offer entry-level big data and machine learning capabilities within reach of a non-specialist developer: 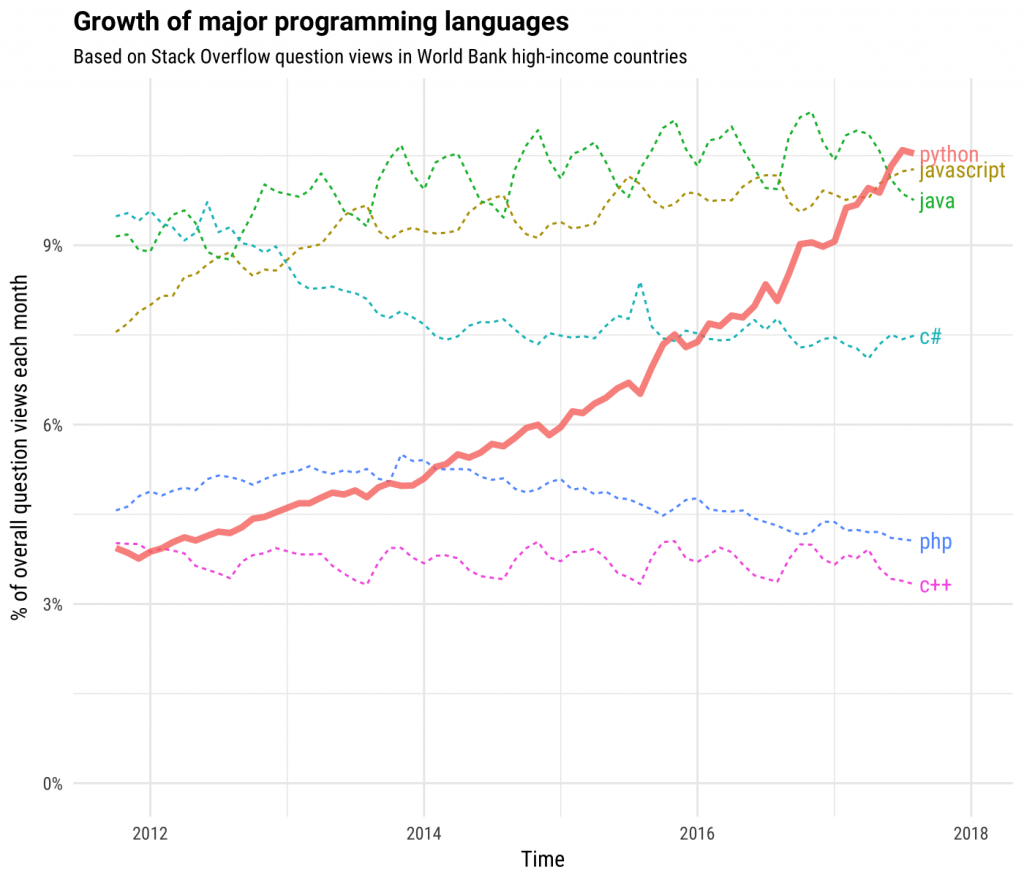 In terms of year on year growth Python, R, Rust and Go are the standouts with Groovy, Scala and Swift next up: 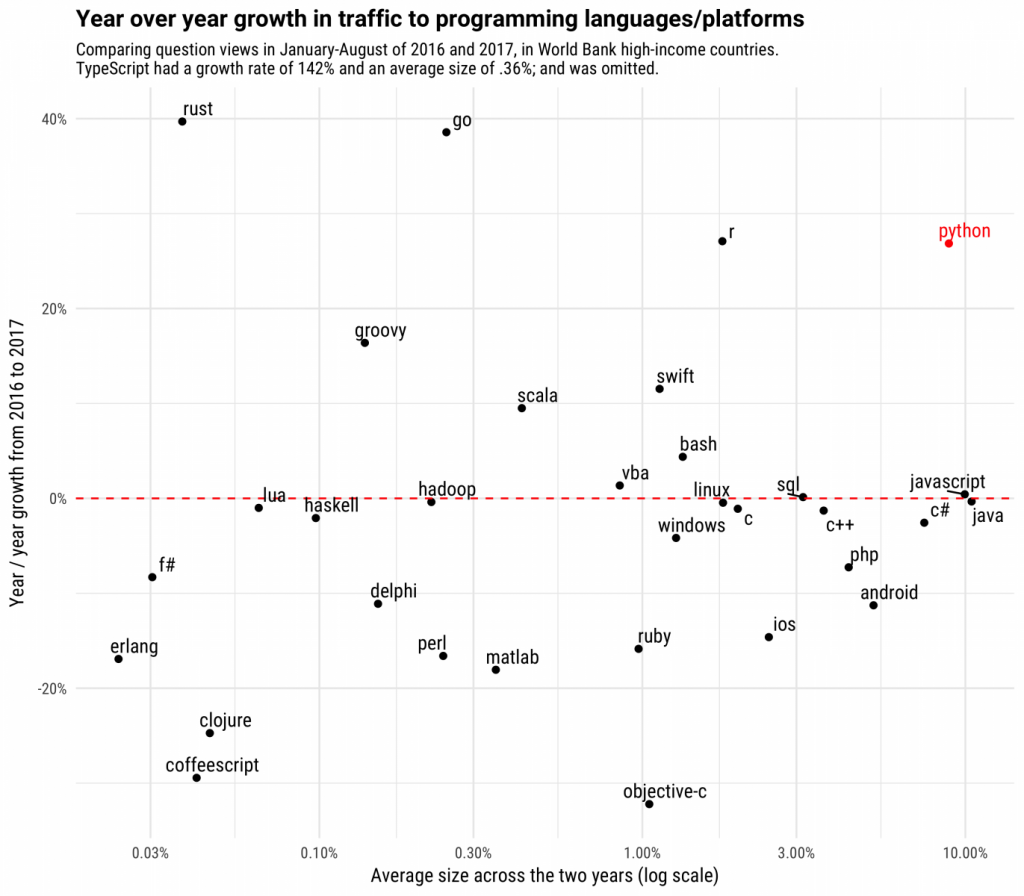 The bottom line on why diversity matters in tech and everything else for that matter: 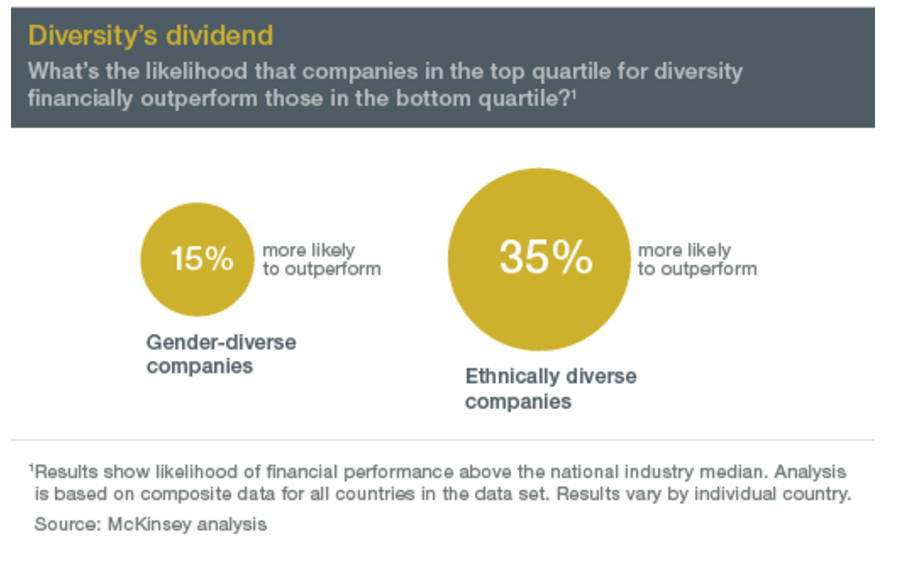 How to help a new manager succeed emphasises the importance of 1-1s and having good fundamentals and context in place to start with.

When you don’t support a new manager, you’re at risk of them quitting. Especially for high performers, there’s nothing that crushes their morale like feeling like they’re failing. If you are unavailable to help them when they feel this way for too long, they’ll quit.

The incomparable Iain Sinclair’s mournful passage from London and the roots of psychogeography:

“The living can assist the imagination of the dead.” 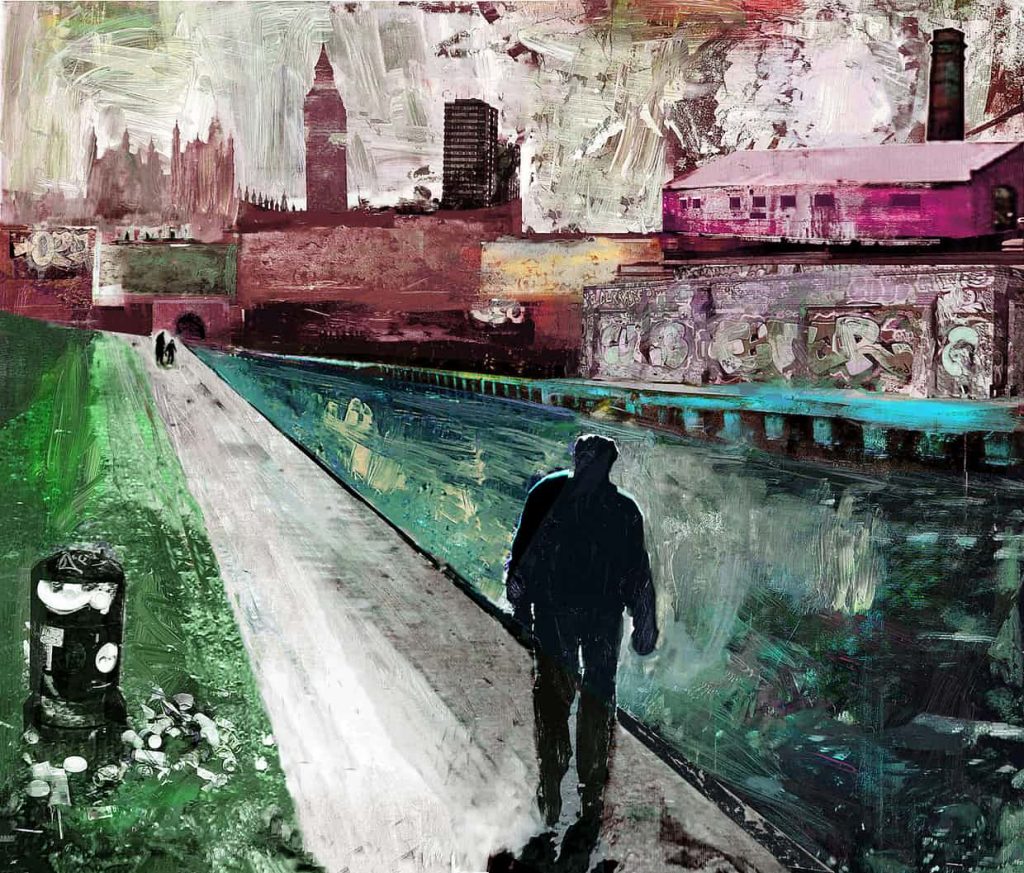