“Dave Burke, vice president of engineering at Google, says that the company has been watching what device makers have been adding to Android and is folding a lot of those ideas into the core system.” 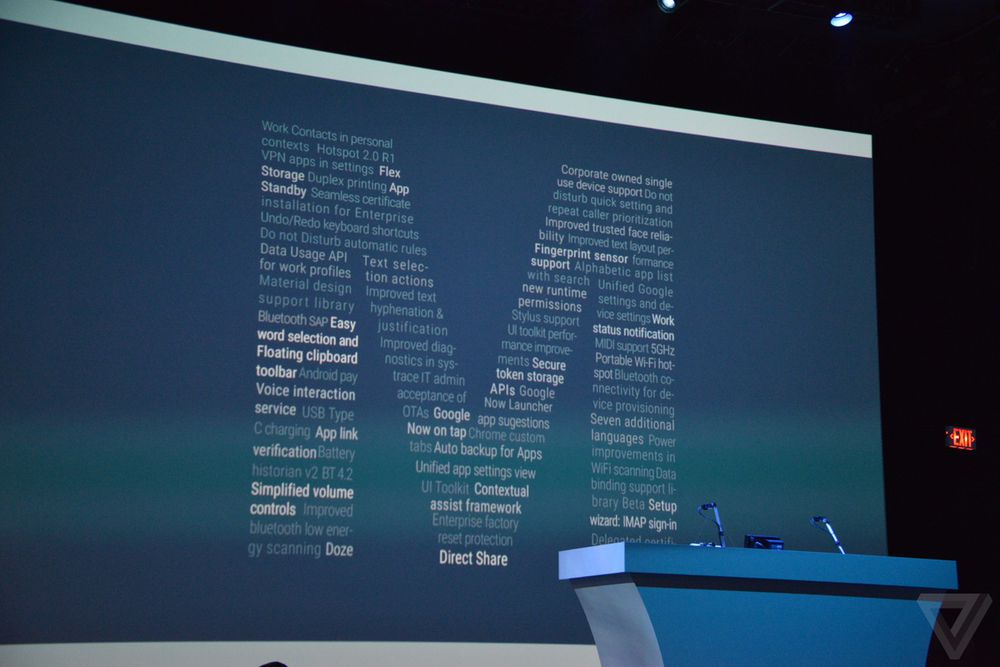 The new digital assistant listens in on your activities and gives you supplemental info like store hours or movie reviews right inside an app or web page. For instance, if a friend texts you with a dinner invite at a new restaurant, you can ask Now on Tap for reviews, hours and other info mid-conversation. It’ll also create reminders on the fly about previous email or text discussions and incorporate detailed Knowledge Graph information. 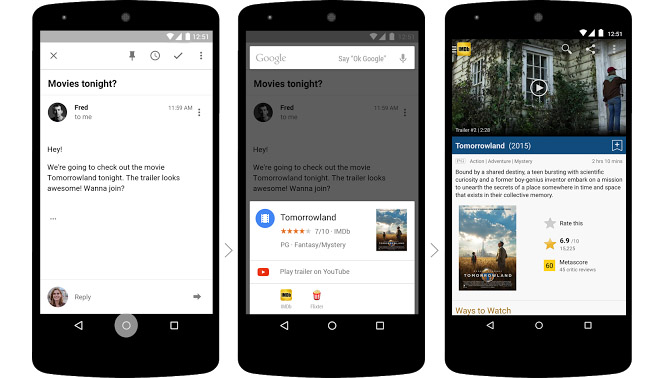 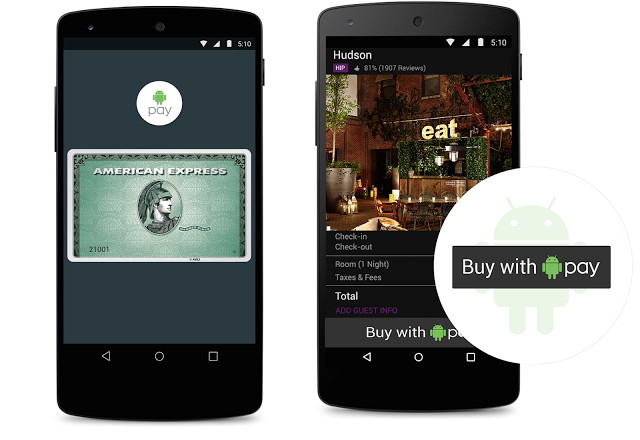 Build devices quickly and securely, without having to worry about software updates. For other operating systems, just add a compatibility library to connect with Brillo devices over Weave.

The quick fix for this is simple: encrypt the data on your phone before you get rid of it. (You can find the option at Settings > Security > Encrypt Phone, for any Android version since 3.0.) Adrian Ludwig, the lead engineer for Android security, recommended preemptive disk encryption for anyone giving up their phone.

The further Google gets from the metal the happier it is. Magical stuff built on cloud and machine learning. But it seems bored by phones

“the special package even comes with an “arc reactor” wireless charger plus a clear cover, but you’ll have to make do with Google Now instead of the snarky J.A.R.V.I.S.“ 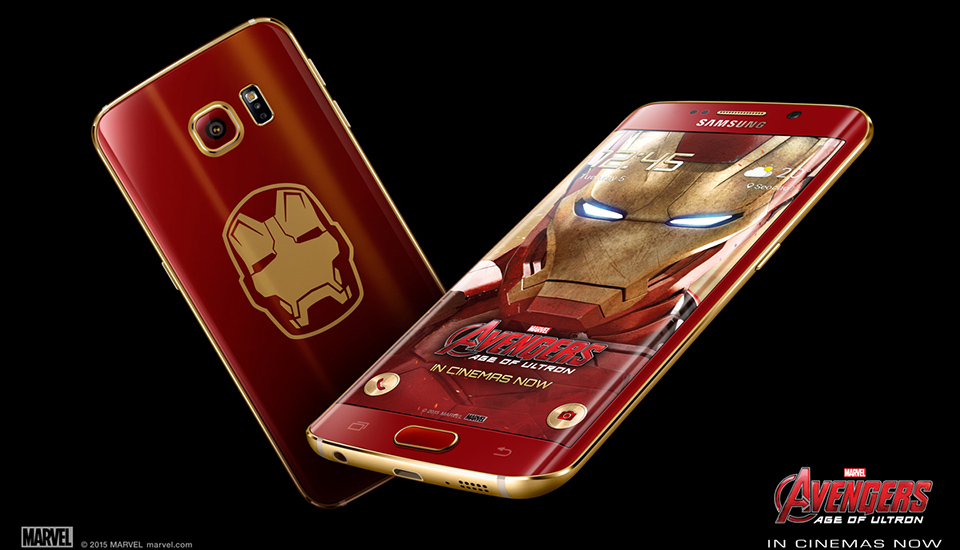 Path Talk, will add 10 million monthly active users to Daum Kakao’s existing roster of 48 million users—four-fifths of which are in South Korea.  [Path] pioneered a sleek user interface for smartphones and gained early hype but it struggled to break out in the shadow of Facebook, Twitter, Instagram and other social networking apps.

In a recent earnings calls, Vodafone CEO Vittorio Colao attested that “if you take all the messaging apps, so Facebook, WhatsApp, whatever, Google, whatever, 75 percent of the traffic today is Snapchat.”

“allows users to establish a connection to millions of hotspots across China without the need for credentials.   … The app also crowdsources login credentials, so when one user logs into a hotspot, his or her credentials are added to the database so that everyone else on the app can also use that hotspot. …Wifi Skeleton Key boasts 270 million monthly active users, making it one of the most popular apps in the country. The company claims that makes it the third most popular app in China after Tencent’s duo, WeChat and QQ Messenger.”

“it means never using the same username and password combination twice, only entering your credit card information on secure sites, keeping your software (including browser plugins) up to date, and actually installing virus software.”

“don’t even consider microservices unless you have a system that’s too complex to manage as a monolith.” 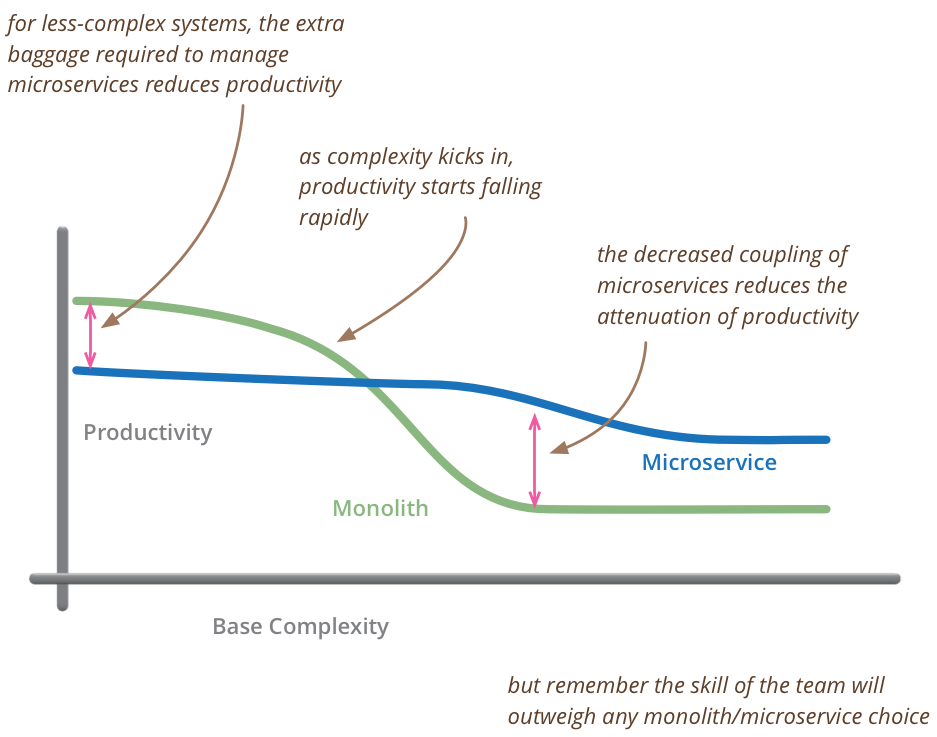 “not knowing exactly what is the bias induced by using “web-polls” in which the responding population is self selected, might have had significant consequences on the accuracy of the forecasts even when using sophisticated methodologies to correct the bias” 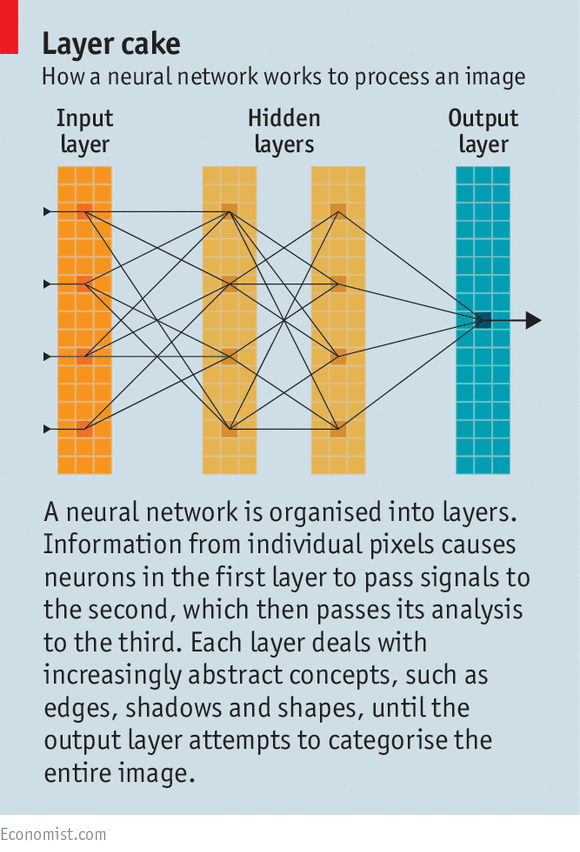 Quietly, in the background, robots are getting smarter. So much smarter that they may soon be able to accomplish a lot of our work for us. They can drive us and our stuff around, manufacture a lot of that stuff, prepare our meals and care for our elderly and infirm. This is not to say they will take over the world, but they are certainly poised to increase their population exponentially. 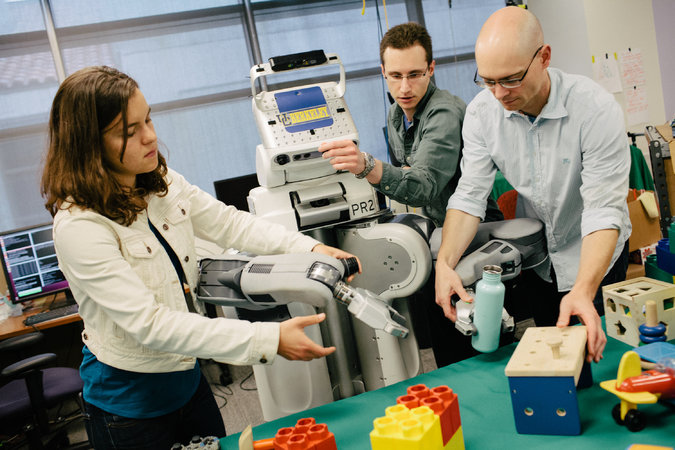 cognitive computing is more about “Person and Machine” than “Person versus Machine.” 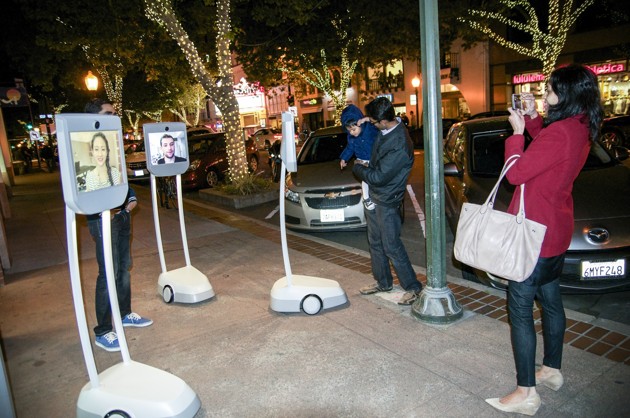 “Humans could download their brain on to a computer and live forever inside a machine, a Cambridge neuroscientist has claimed.

Dr Hannah Critchlow said that if a computer could be built to recreate the 100 trillion connections in the brain, it would be possible to exist inside a programme.”

“Pygame Zero is for creating games without boilerplate.

It is intended for use in education, so that teachers can teach basic programming without needing to explain the Pygame API or write an event loop.”

“In my experience I have been stunned at how many beginning (even intermediate) Python coders are surprised by the actual output of [1, 5, 3] [1, 5, 3] [1, 5, 3]. If variables are containers, how on earth can changing the contents of one change the others?  But if instead they are names that point to objects, the right answer makes sense. Once they have a better mental model of how names work in Python, such surprises (and the attendant bugs) become much rarer.”

The curriculum was developed by Google, and covers everything from basic fundamentals to Material Design implementation. … Udacity says the degree takes six to nine months to complete at a cost of $200 per month. 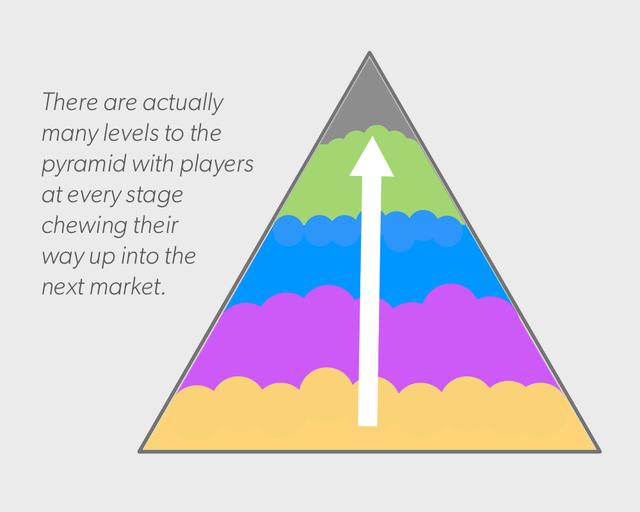 Today, seed stage startups can now get funded, release 1 or 2 versions of their app spread over 9 months, and then fail without making a peep.

“[The] secret to a remarkably productive internship program is enlisting interns to work on mission-critical tasks, and then giving them as much trust, freedom, and information as they need to succeed.”

“Should’ve-fired-a-long-time-ago” debt: Hiring a candidate is so much easier than firing an employee.  For that reason, without proactive, diligent management of talent, over time, organizations can be filled with people who really shouldn’t be there, but who are perpetually on verbal warnings or plans and will have to be dealt with at some point.

“Like its vastly more successful digital cousins — C++, HTML, Python — Esperanto is an artificial language, designed to have perfectly regular grammar, with none of the messy exceptions of natural tongues. Out loud, all that regularity creates strange cadences, like someone speaking Italian slowly while chewing gum.” it's so satisfying to write a blog post in one go, hit publish, then read for mistakes/typos on a second pass. Ship it.