Ways to think about Machine Learning

Ben Evans in his post suggesting some ways to think about Machine Learning makes a number of really important points.  Firstly that there is a middle ground between hype and dismissal:

one of the challenges in talking about machine learning is to find the middle ground between a mechanistic explanation of the mathematics on one hand and fantasies about general AI on the other. Machine learning is not going to create HAL 9000 (at least, very few people in the field think that it will do so any time soon), but it’s also not useful to call it ‘just statistics’.

Secondly that there have been genuine advances in the last five years or so irrespective of skepticism and that there are likely to be more in the coming years but they won’t fit the mould of popular perception influenced by films like 2001: 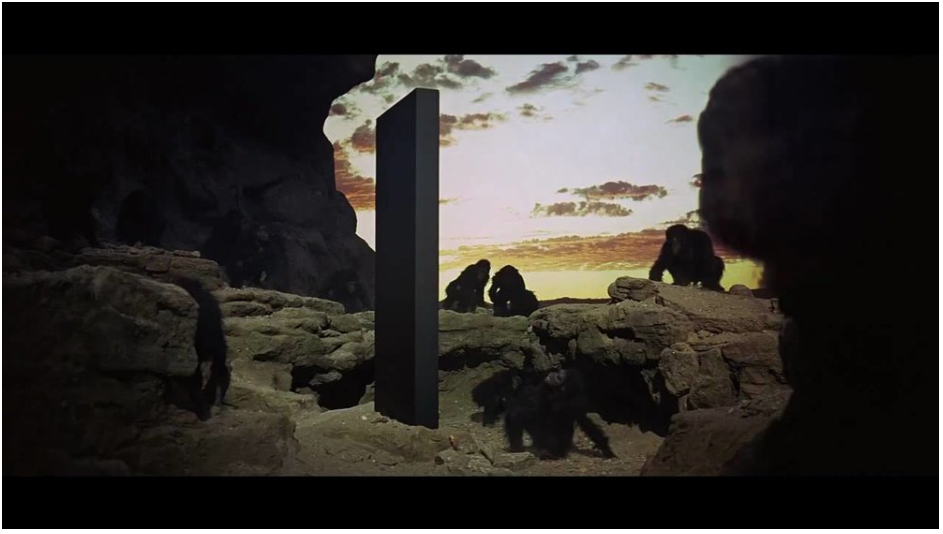 … Five years ago, if you gave a computer a pile of photos, it couldn’t do much more than sort them by size. A ten year old could sort them into men and women, a fifteen year old into cool and uncool and an intern could say ‘this one’s really interesting’. Today, with ML, the computer will match the ten year old and perhaps the fifteen year old. It might never get to the intern. But what would you do if you had a million fifteen year olds to look at your data? What calls would you listen to, what images would you look at, and what file transfers or credit card payments would you inspect?

Evans posits parallels with robot hype in the 1950’s which didn’t produce humanoid assistants but did result in the likes of washing machines which nobody really predicted.  Will AI prove similar? 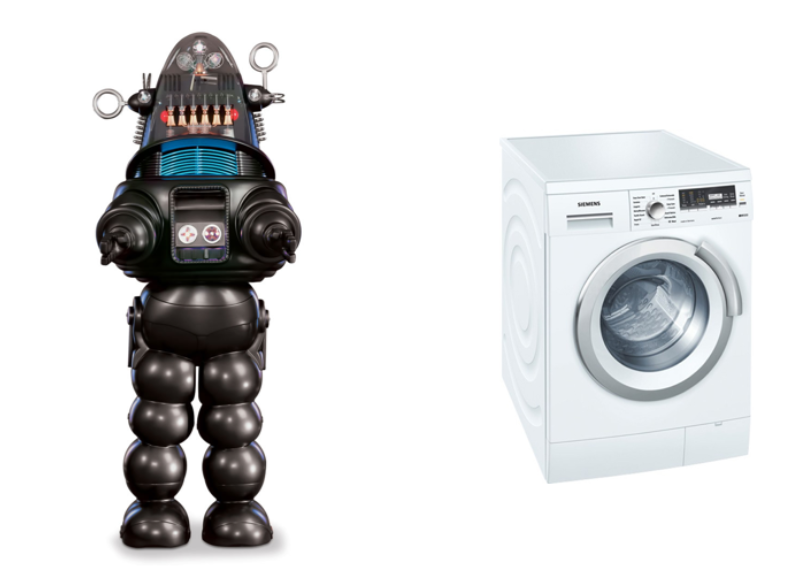 An example of this sort of unforeseen outcome is how AI technology is being used today to create a revolution in transforming health care through automation:

Because it is so time-consuming and expensive, tumour images today are marked up only once, before radiotherapy begins. If it was fast and cheap, patients could have “adaptive radiotherapy” where scanning, image mark-up and beam planning are done before every treatment session. That way, the radiotherapy beams are sculpted to the tumour’s size and shape on the day, not when it was first imaged.

F.Chollet echoing some of Evans’ thoughts with his comments on the gap between Machine Learning hype and actual practical uses that benefit ordinary people:

Psychologist Michal Kosinski says “artificial intelligence can detect your sexuality and politics just by looking at your face“. The Guardian consider the ramifications if he’s right.

Codecademy Insights asks what is computer programming?  Looking at HTML source and the rendered output is one place to start:

Excellent Andressen-Horowitz podcast covering devops, culture and organisational structure with two of the authors of the influential Accelerate book.

What is Site Reliability Engineering?  It’s what happens when software engineering meets operations according to Ben Treynor, VP Engineering at Google:

SRE is fundamentally doing work that has historically been done by an operations team, but using engineers with software expertise, and banking on the fact that these engineers are inherently both predisposed to, and have the ability to, substitute automation for human labor.

X : Can you explain what is serverless?
Me : The definition I use? Serverless is an event driven, utility based, stateless, code execution environment.

The Rise and Fall of Nokia is a film which offers a fascinating and historically unique insight into the company:

Now, you might think that a film, in Finnish with subtitles, in which a bunch of suits and techies, blokes (almost exclusively) called Matti, Ilpo, Jorma, Mika and Ove talk about SRP202s and NMT900s and reminisce in a rather self-congratulatory manner about how they came to rule the world, would have limited appeal, unless you were looking for some kind of motivational business experience. But you would be wrong. 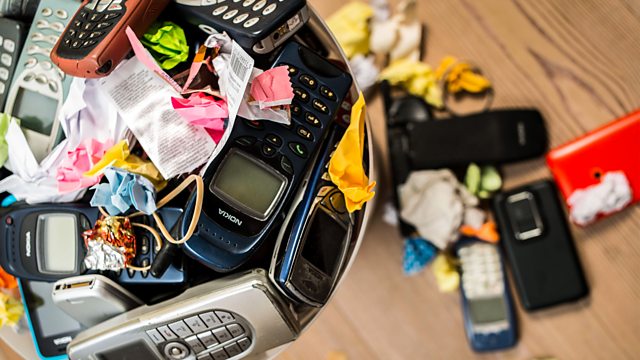 What’s the difference between being a data scientist in a startup vs a large company?  Mostly it seems it’s what you might expect.  A startup has less structure and requires you to wear more hats.

Bloomberg on “the biggest digital heist in history” undertaken by the Carbanak gang and why it isn’t over yet:

Before WannaCry, before the Sony Pictures hack, and before the breaches that opened up Equifax and Yahoo!, there was a nasty bit of malware known as Carbanak. Unlike those spectacular attacks, this malware wasn’t created by people interested in paralyzing institutions for ransom, publishing embarrassing emails, or taking personal data. The Carbanak guys just wanted loot, and lots of it.

What if we have our Fermi Paradox assumptions all wrong and there are no aliens?

Some lessons people learn way too late in life.  Authenticity, trust and the interconnectedness of everything.  Love, balance and harmony and why it takes a lifetime to learn.

Ghosting was first mentioned in the last newsletter.  Quartz examine the long history of the term.

In praise of being “washed” is a celebration of the state most of reach somewhere on the road to and out of middle age:

Most of us seem to stumble into being washed as we get older, but I see no reason why you couldn’t experiment with being washed at, say, 22 or 48. Staying in more. Acquiring unfashionable hobbies that nevertheless bring you pleasure. Redirecting some modest portion of your ambition toward pottery or astronomy or some other impractical thing that has no material value to you in terms of career advancement or sex appeal. Cutting yourself some slack.

It’s a possible way of countering the “demands of masculinity“.

Quartz on the scientific and rationalist case for investing in the next generation:

the environment into which a child is born dramatically affects how their brains form connections, which in turn directly influences the kinds of adults they will become.

The fact that it is so obvious we should do so and yet we don’t merely invites the bigger question of whether humans the solution or the problem?  David Wood inevitably plays the piper at the gates of the Transhumanist dawn:

What I’m describing here is the vision of transhumanism – the vision that humanity can and should take wise and profound advantage of technology to transcend the damaging limitations and drawbacks imposed by the current circumstances of human nature. As a result, humans will be able to transition, individually and collectively, towards a significantly higher stage of life – a life with much improved quality.

The VHEMT movement referenced in blogs past has a radical alternative formulation suggesting we should “live long and die out“ and not have any children ourselves.  It’s perhaps one of the last remaining taboos in our society to have such views let alone form an organisation around them.  At least VHEMT won’t have to worry about their children adapting to a world pivoted around “survival of the richest” in which the rich leave us behind and head either off-world, off-shore or other places we can’t easily reach.

Those of us who will be left behind perhaps should study those Primitive Technology videos a little more seriously.  Quartz published an Obsessions report on the global phenomenon with this data insight into which ones are most popular: 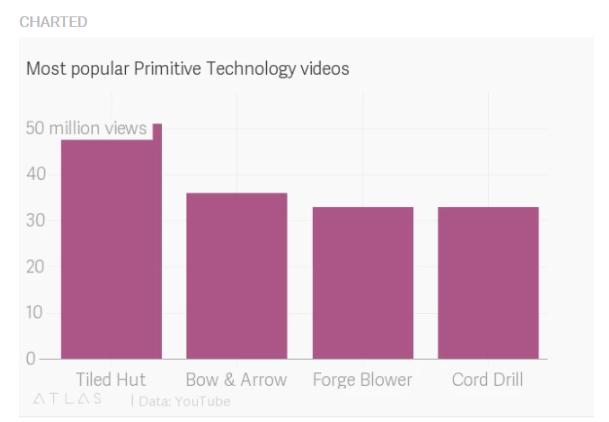 The Paris Review calls the series “a Walden for the YouTube Age” with John Plant playing the role of a modern day Thoreau. 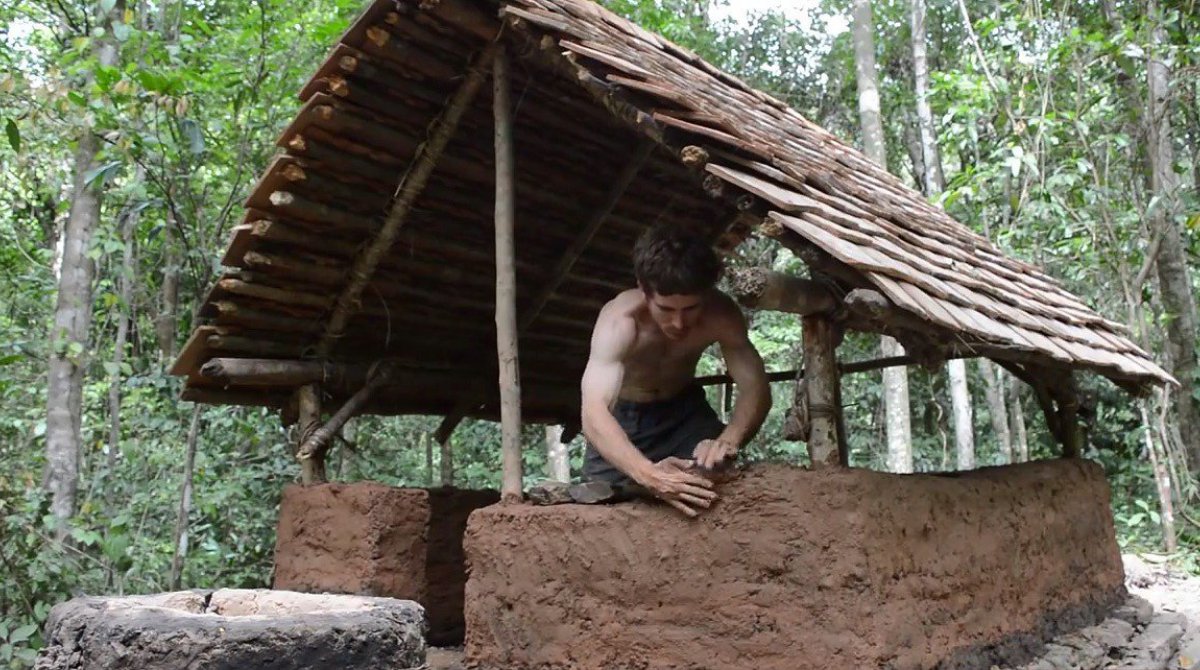 The British Chambers of Commerce advice on Brexit.  This is fine.

The Onion’s tips for staying civil while discussing child prisons:

Realize that every pressing social issue is solved through civil discourse if you ignore virtually all of human history.

Michael Moore was right about the 2016 election. Much as we might want him to be wrong about 2018, I greatly fear that he is absolutely right about the possibility of this country facing a new civil war, with or without nuclear weapons.  And we have very little time to get real about what we are going to do to stop it.

Meanwhile in the UK a new angle on the Russian collusion scandal this time concerning the Brexit Vote Leave campaign funding.

Parallels between the Soviet Union and Silicon Valley:

Things that happen in Silicon Valley and also the Soviet Union:

– waiting years to receive a car you ordered, to find that it's of poor workmanship and quality

– promises of colonizing the solar system while you toil in drudgery day in, day out

Xi Jinping and the Great Firewall of China that allows the Chinese government to exercise a uniquely total level of digital sovereignty and surveillance.