The Voynich Manuscript long celebrated in crypto/coding circles. A cipher which resisted centuries of analysis from the best human minds appears to have finally been cracked courtesy of AI techniques.  As little as five years ago it was well-established in the top 10 “unbreakable” codes.  If true, this would be as much a canary in the AI mine as AlphaGoZero.  Mind you courtesy of AI from the description it sounds like a relatively basic form of frequency analysis rather than any sophisticated machine learning was used to uncover the underlying structure.  Which is Hebrew alphagrams apparently.  Quartz ran a special on the long history of this mystery: 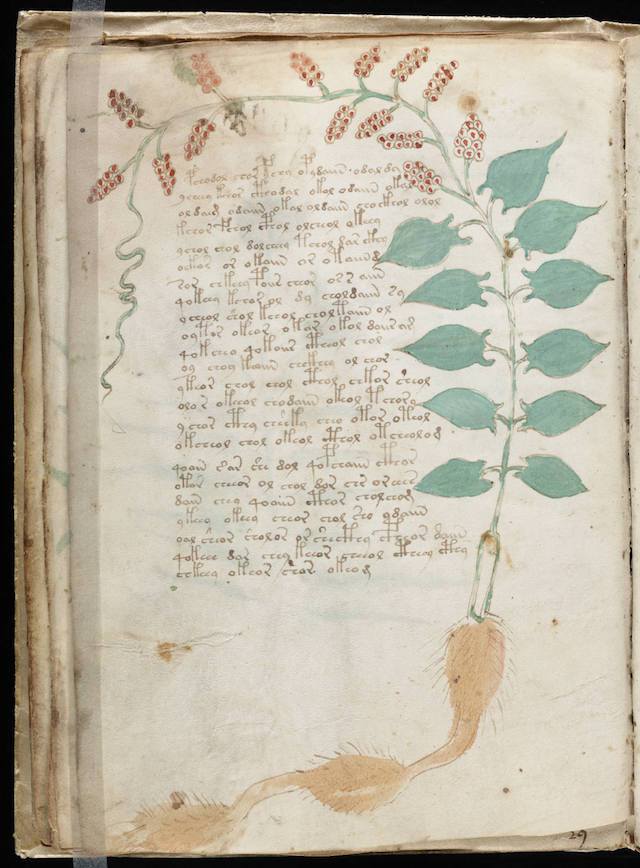 Somehow the mystery of the Voynich Manuscript brings to mind just how incredible human consciousness is and how little we know about it.  We still have very little to draw on when trying to connect physics to metaphysics when it comes to human thought:

consciousness might be a side effect of a system working to maximize information exchange. In other words, human consciousness emerges due to increasing entropy.

Another really good post from Adrian Rosebrock this time on how to make a ResNet deep learning model available using Keras, Redis and Flask behind a RESTful API: 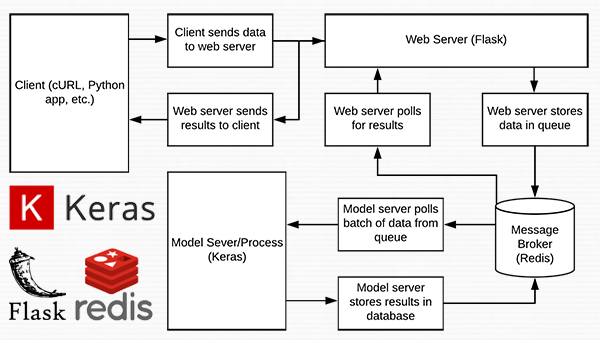 This research paper from rasa.ai on the current state of the art in conversational AI and Natural Language Understanding (NLU) outlines a number of open source tools built upon Python libraries SpaCy and scikit-learn:

Rasa NLU is the natural language understanding module. It comprises loosely coupled modules combining a number of natural language processing and machine learning libraries in a consistent API. We aim for a balance between customisability and ease of use. To this end, there are pre-defined pipelines with sensible defaults which work well for most use cases.

Important Wired article on how the company has pivoted itself to put deep learning at the heart of its product technology strategy and hopes to create an Amazon AI flywheel as a result.  Alexa is the most obvious driver of that strategy today.  The Drum like others in the advertising industry are full of praises of the innovative SuperBowl ad that saw Alexa lose her voice and have it replaced by a bunch of celebrities.

Amazon is now the world’s most valuable brand with an incredible 42% year on year growth as the scale and audacity of its diversification begins to become apparent:

As for Amazon, it is no longer just an online retailer, but also a provider of cloud infrastructure and a producer of electronics. The company is moving beyond the digital space, as last year’s takeover of Whole Foods for $13.7 billion gave the brand a foothold in the realm of bricks and mortar.

Small wonder Washington DC is hoping that being the bookies favourite for HQ2 location proves to reflect results.  The Information explains why it makes sense for both.  And that Amazon’s initial push into healthcare created a bow wave that cost the industry 30 billion in market cap soon after announcement.

However, as Amazon expands, it will find itself facing competition from all quarters everywhere it goes.   Sometimes that challenge may manifest itself in something that seems small and insignificant but could explode over time as with voice assistant products built on open source software as with the Mycroft Mark II just launched:

What sets Mycroft apart … is its software. Being fully open source means a lot of things. It is modifiable, open to scrutiny and audit, and unemcumbered by patents and other ugly legal hindrances to a vibrant community-developed platform. That means anyone and everyone can potential help make Mycroft AI better.

Great post on tips for being an effective manager of managers:

The seven habits of highly defective projects.  Lack or requirements, complacency, lack of accountability, status status, process process, analysis paralysis.  You probably know all this stuff already.  Still fun to see it in one place:

Medium post on the importance of being methodical as a programmer.

Buzzfeed on the disturbing case of Facebook in Cambodia where the social media platform appears to have become a tool of state control:

Facebook has styled itself as a neutral platform for information. But its role in spreading propaganda and fake news, as well as its relationship with the Cambodian government, shows how easily that neutrality can be exploited by autocrats.

NYT expose of a shadowy company called Devumi that can buy you Twitter followers leveraging an army of Twitter bots.  Many of them are cunningly created to be almost indistinguishable from real accounts that are harvested for cloning often without user knowledge.  Example below:

Devumi sells Twitter followers and retweets to celebrities, businesses and anyone who wants to appear more popular or exert influence online. Drawing on an estimated stock of at least 3.5 million automated accounts, each sold many times over, the company has provided customers with more than 200 million Twitter followers

Telegram is planning an ICO (Initial Coin Offering) that could end up anywhere between $1 to $3 billion dollars in size.

The Information highlight a crucial difference between “open vs. closed” technology strategies in the US and China and why the Chinese approach, though it offers considerable advantages, could never succeed in the West:

In the last several months, the Chinese government has moved swiftly to manage and shape self-driving cars, genetics data and cryptocurrencies in their country—arguably the three most promising technologies of the immediate future.

The Chinese are very good at this managed-closed strategy. Their top-down approach has some clear benefits over more open models for innovation and technology.

Dockless bikes are beginning to transform city transport in China accounting for millions of travel miles that would otherwise have been done by car:

According to the Chinese State Information Center’s Sharing Economy Research Center there are now 16 million dockless bicycles in the country, and each was used an average of three times a day.

Life expectancy in Britain has plateau’d since 2010 and this impassioned post links it to government austerity suggesting long-term implications:

It means that the 110 years of steadily improving life expectancy in the UK are now officially over. The implications for this are huge and the reasons the statistics were revised is a tragedy on an enormous scale. 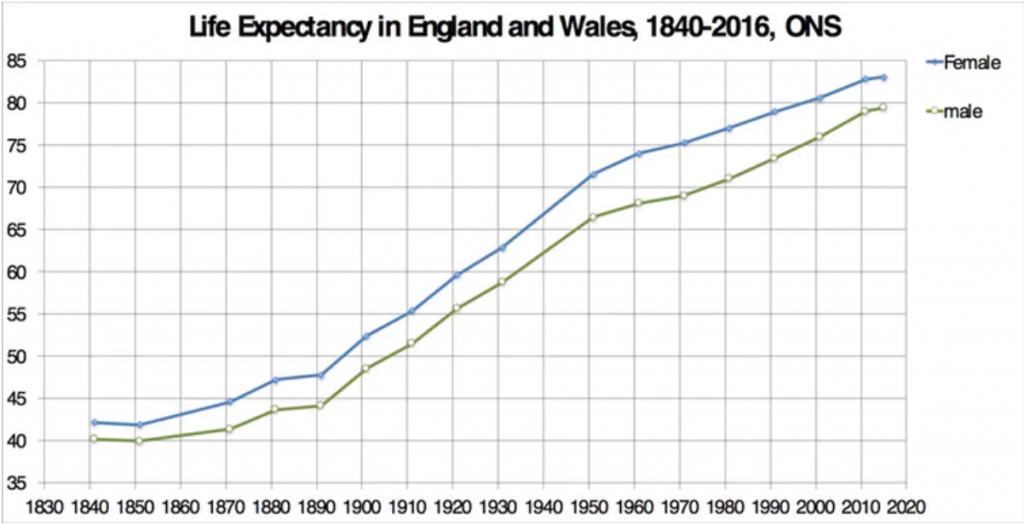 Mohsin Hamid in The Guardian on the rise of nationalism and the important reasons why me must speak up for the intermingling of people and ideas.  Being Pakistani gives him a unique perspective into the irony of nationalist extremism, that “in the land of the pure, nobody is pure enough“:

Climate change. Mass migration. Rampant inequality. None of the most pressing and daunting problems today facing humanity have simple answers. As a species, we require creative new approaches, yet-to-be-imagined leaps forward. But while we might not yet know what the solutions to these challenges are, we should already suspect from where the breakthroughs are most likely to come. They are likely to come from mongrelisation. From profound impurity. From people and ideas at risk of being suppressed and marginalised in our purity-obsessed age.

The Atlantic in a haunting piece about why we forget most of the books we’ve read or films we’ve watched over time aside from the odd snapshot such as where you were at the time and how you felt.  But it’s all ok because we have a great appendage in the sky to remember for us:

Research has shown that the internet functions as a sort of externalized memory. “When people expect to have future access to information, they have lower rates of recall of the information itself,” as one study puts it. But even before the internet existed, entertainment products have served as externalized memories for themselves. You don’t need to remember a quote from a book if you can just look it up. Once videotapes came along, you could review a movie or TV show fairly easily. There’s not a sense that if you don’t burn a piece of culture into your brain, that it will be lost forever.