At the end of a brutal year, a CNN commentator defiantly suggests “2017 is the last gasp. Trump’s world will come to an end” and that:

The best thing for us to do, as he seems to lose his grip on reality, is to hold tight to ours.

Reality however, is not so straightforward.  Trumpism remains firmly entrenched at the wheel driving with speed after long since diverting the coach down the turn-off to autocracy.  Insurrection remains a distinct possibility to any political or legal attempt to foreclose his term. BusinessInsider are in likewise sombre mood and in an arrestingly bleak assessment see the US in a state of terminal decadence at the final stage prior to complete collapse.  The darkest of times are outlined with vivid references made to the last days of Versailles, the Mughals, the British Empire and Gibbon’s Decline and Fall which were also characterized by an excessive isolationism and detachment from reality:

Perhaps in a democracy the distinctive feature of decadence is not debauchery but terminal self-absorption— the loss of the capacity for collective action, the belief in common purpose, even the acceptance of a common form of reasoning.

In this analysis Trump is merely an accelerant of decline “the impudent id of this culture of mass contempt” that has been decades in the making leading to a politics that is morally and intellectually corrupt:

The reduction of all disagreeable facts and narratives to “fake news” will stand as one of Donald Trump’s most lasting contributions to American culture, far outliving his own tenure.

It is grimly probable that Trump and 2017 will be recognised by posterity for all the wrong reasons:

This year has been an unequivocal disaster for the future of the planet. President Donald Trump has managed to take a wrecking ball to years’ worth of hard work and painstaking negotiations. If not undone, our retreat from the Paris Climate Accords and the EPA’s Clean Power Plan alone mean our planet’s temperature will rise at a greater rate and our citizen’s health will degrade. Other changes in environmental regulations on drilling and auto and appliance efficiency will only make matters worse.

However, whether Trump is remembered in a thousand years is another matter.  Notoriously the benchmark for Hitler, it remains surprisingly difficult to assess who, if anyone, from our era will stand out in 3018.  If indeed there are still any representatives of homo sapiens around to care one thousand years from now.  And even if there aren’t, we have already left a permanent mark for future explorers in the geological record that will stand for millions of years.  Whether we survive or not, the planet will endure and bear mute testimony to our record in geochemical markers in compacted rock crushed to a few millimeters thickness in the strata.

Amazon results over the Christmas period were staggering.  Amazon Devices sales were outstanding with Echo Spot, Echo Dot and Echo Buttons all selling out.  The shipping figures would give Santa Claus a run for his money:

CNet profile the Alexa development scene and what people are making from developing Alexa skills.  Turns out to be a mixed bag with little certainty of income right now but still a lot of enthusiasm.

The key to controlling AI products is making your own chips and this post from The Information makes the prediction that the GAFA quartet will make their own AI chips:

2018 will be the year when every big tech company that is truly serious about its AI ambitions, including Microsoft, Facebook and Amazon, will attempt to build its own AI chips in an effort to gain an edge in computing power. The shift would echo steps already taken by Alphabet’s Google to build specialized chips, which have become crucial for servers in tech companies’ data centers that handle such AI tasks as image and speech recognition.

The remarkable technology behind Amazon’s live streaming of NFL games is explained in this Wired article:

Amazon’s job begins once NBC or CBS or whoever’s covering the game for TV creates its master feed of the game. That feed comes into Amazon’s data centers, where it is immediately dispersed to servers around the world through a system called AWS Direct Connect. Next, Amazon’s software encodes that video in all the resolutions, formats, and compressions it needs for the hundreds of devices it supports. It works within DRM boundaries, optimizes for bandwidth restrictions, and spits out the best version of the feed for every device.  … Just before it heads out to your device, Amazon sends the feed through its in-house ad program. Rather than loading ads in separately on people’s devices like most services, Amazon adds them into the stream directly.

MCMC methods are used to approximate the posterior distribution of a parameter of interest by random sampling in a probabilistic space.

to life by considering it in action using random sampling as for example in the case of a circle in a square.  Just 20 random samples gets us remarkably close to our target:

Since the circle is inside a square with 10 inch sides, the area can be easily calculated as 78.5 square inches. Instead, however, we can drop 20 points randomly inside the square. Then we count the proportion of points that fell within the circle, and multiply that by the area of the square. That number is a pretty good approximation of the area of the circle. 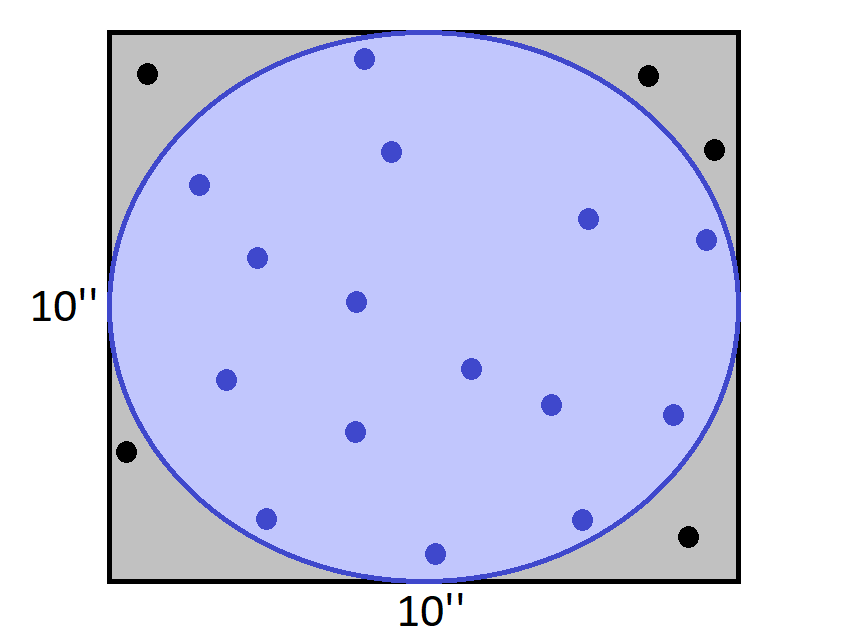 Elon Musk sums up 2017, a year when Machine Learning and Artificial Intelligence advances notwithstanding, Occam’s Razor cut into the thread of our reality in ways we never thought possible and which in many ways negate all our advances in science:

So strange that people often believe things inversely proportionate to the evidence. Given a set of possible explanations, why pick the extremely unlikely one!?

The horror and damage that comes from doing the dirty work of YouTube and Facebook in curating inappropriate content are exposed by those who have to do it.  It really is a case of l’enfer c’est les autres:

“When I left MySpace,” one reported, “I didn’t shake hands for, like, three years because I figured out that people were disgusting. I just could not touch people. I was disgusted by humanity when I left there. So many of my peers, same thing. We all left with horrible views of humanity.”

A Quora question bemoans the state of modern software development suggesting it is “so exhausting nowadays.  Every day a new language or framework is created”.  One respondent suggests back the best way to counter:

Just as it is important to know what to learn, it’s equally important in knowing what to not learn.

Useful advice to keep in mind while studying this excellent analysis of the state of JavaScript at the tail end of 2017.  In terms of marquee frontend JavaScript libraries, React remains dominant and Angular has given way considerably to Vue. 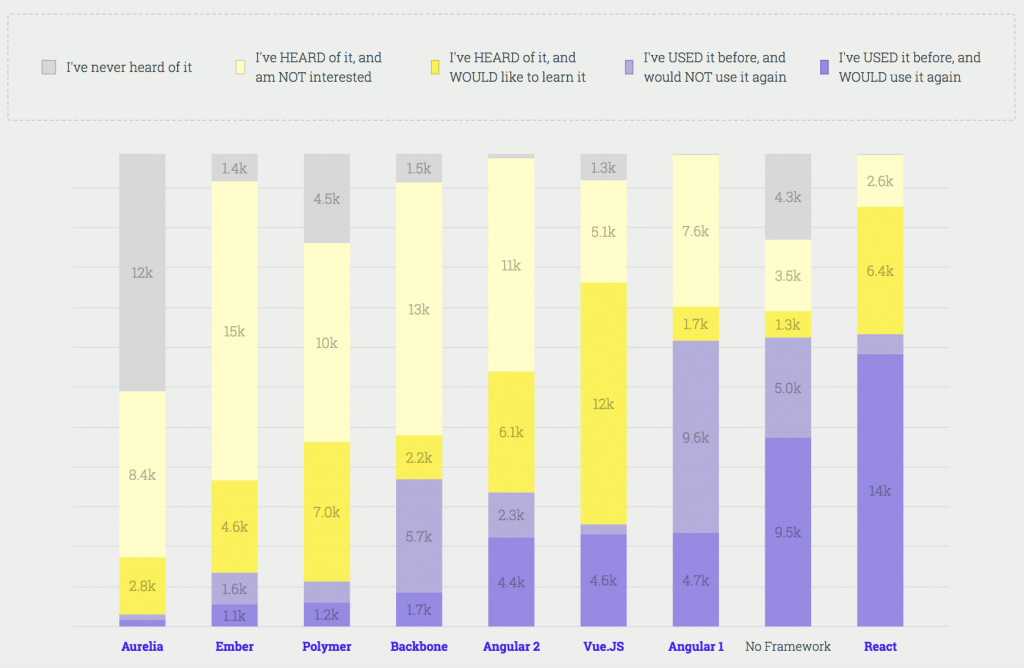 The wonderful and incomparable Daniel Day-Lewis bows out with another acting tour-de-force in Phantom Thread.  Who would bet against another Best Actor Oscar? 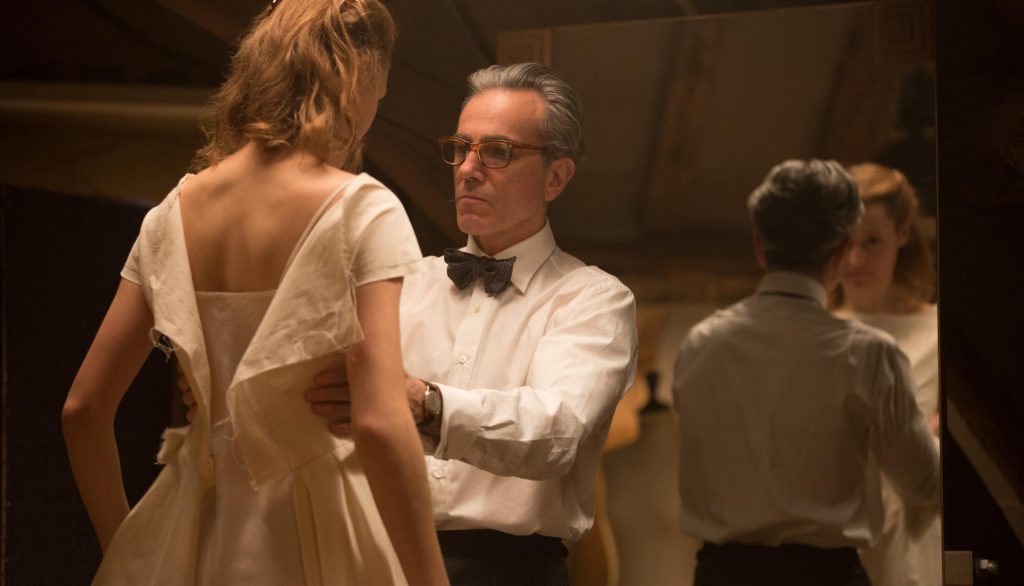 Lonely this Christmas?  You don’t have to be as long as you don’t think about it so much.  Some of my favourite ones have been spent walking around a deserted London alone before retiring to a warm pub:

Banging on about the awfulness of being alone only reinforces the unhelpful assumption that doing such things alone is “sad”. But, having lived more of my adult life alone than in a relationship, I have learned to enjoy most things by myself. The main barrier to doing so is simply excessive self-consciousness.

The ever-wonderful Stewart Lee imbued with the generous spirit of Christmas gives it full voice:

I attended the carol service of my niece’s nursery school. Upon each carved pew, the screens of the iPhones of proud parents, their heads respectfully bowed, displayed pages from Facebook and Twitter, and twinkled throughout the ancient religious ritual like the stars that led the wise men to the very cradle of Christ.

As the lights dimmed and the candles flared up for a beautiful choral arrangement of the Coventry Carol, the assembled infant singers could look up and see that many of the grownups in the room, their lowered faces lit beatifically from below by the Caravaggio glow of their iPhone screens, were not the slightest fucking bit interested in them or their stupid fucking song.