Agnotology is the study of culturally induced ignorance or doubt, particularly the publication of inaccurate or misleading scientific data. 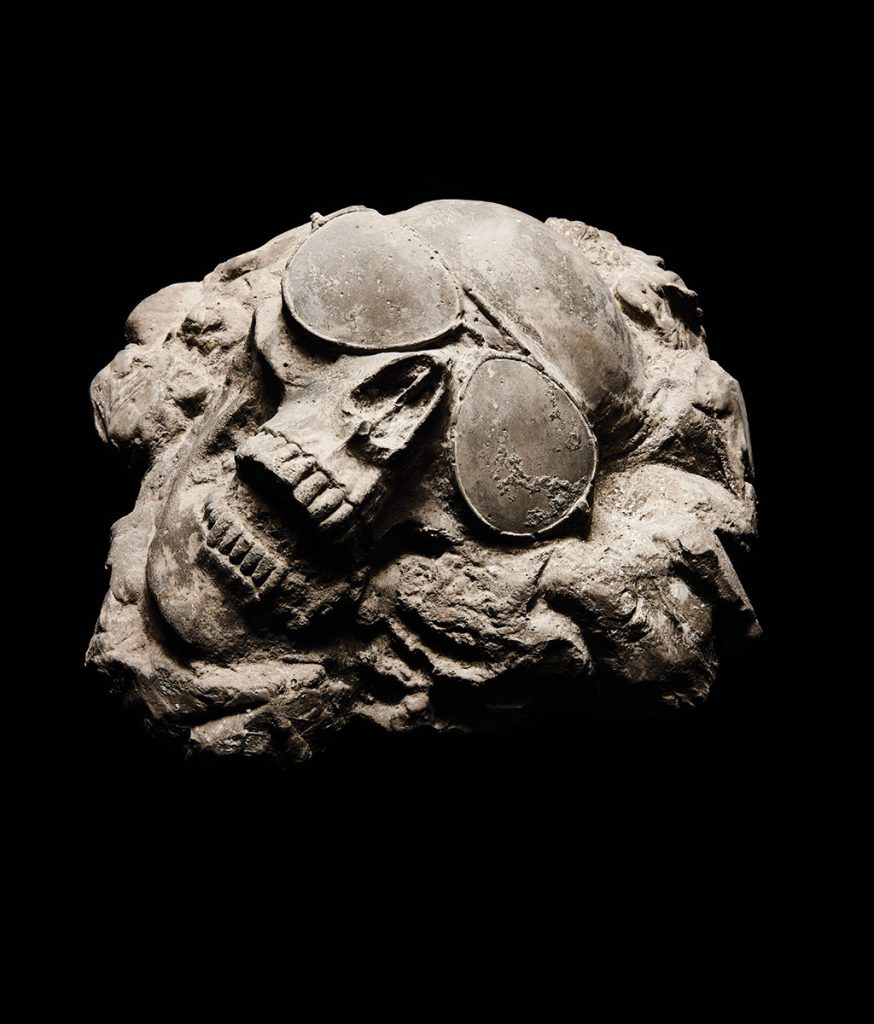 A devastating and incendiary article in NyMag suggests that when it comes to climate change “it is already too late”. Irreversible climate change is well underway and unstoppable now. All we can do is somehow miraculously limit the reckoning that is heading our way with technology that caps the temperature rise. Even that, however, will do nothing to prevent our relentless march to resource depletion through mass extinction which will have other different catastrophic consequences irrespective of ambient temperature.

Arguably the defining feature of our generation is that we are the first to achieve self-awareness of our impact on a planetary scale. Global climate and the Great Globe itself are not externalities. Tim Morton refers to them as an example of a “hyperobject” within which it is we who exist.  The scale of operation of global climate is so vast and interactions so complex we may not ever be able to control it. Certainly not without a complete and total change in direction at a global level. It will be forced upon us one day but unfortunately things will likely need to get an awful lot worse first. As individual humans it is essentially impossible for us to comprehend hyperobjects as vast and interaction-rich as our planet. Humanity has after all only relatively recently recognised our role as creators of the Anthropocene. Attaining awareness of our role in changing the climate will require a neo-Copernican scale revolution. Even now many millions exercise cognitive dissonance daily over the portents and signs of hidden in plain sight and increasingly right out in the open.  A recent NYT article suggests that situation will persist presumably until it’s way too late to stop the reckoning because there simply aren’t any votes in it:

“most public opinion polls find that voters rank the environment last or nearly last among the issues that they vote on. And views are divided based on party affiliation. In 2001, 46 percent of Democrats said they worried “a great deal” about climate change, compared with 29 percent of Republicans, according to a Gallup tracking poll on the issue. This year, concern among Democrats has reached 66 percent. Among Republicans, it has fallen, to 18 percent.”

In view of the context in which humanity finds itself, climate change denial has moved from a crank position to one that is has powerful support and has become positively dangerous. Fixing that will require us to tell much better stories that explain the science and convince ordinary people of its veracity.  This is going to be progressively harder to do in a world where the whole notion of truth is slipping away as technology ushers in an age of magic realism where even audio and video footage can be faked. 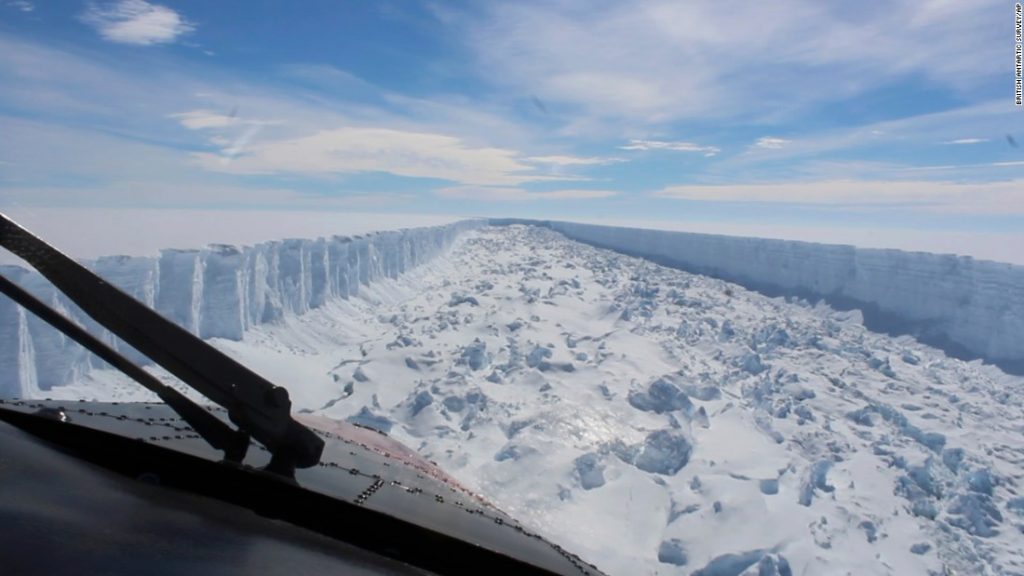 How to build a data science pipeline the wrong way and how to do it right:

Bitcoin and the fevered world of ICOs and tokens enabled by Ethereum:

An Intro to Digital Currencies, Tokens, and ICOs from Meltem Demirors

What we get wrong about technology from the perspective of our imagination of the future portrayed by Rachel in Bladerunner:

when we try to imagine the future, the past offers two lessons. First, the most influential new technologies are often humble and cheap. Mere affordability often counts for more than the beguiling complexity of an organic robot such as Rachael. Second, new inventions do not appear in isolation, as Rachael and her fellow androids did. Instead, as we struggle to use them to their best advantage, they profoundly reshape the societies around us.

The article points out particular concerns over deceptively simple advances such as cheaper headsets married with voice control technology and the potential they have for creating a whole new level of enslaved workforce supervised by elites:

there are .. signs that new technologies have polarised the labour market, with more demand for both the high-end skills and the low-end ones, and a hollowing out in the middle.

It’s a topic highlighted in visual form in a post from Barclays entitled The Elephant in the Room which examines the hollowing out of the middle class in advanced countries in terms of reduction in real purchasing power since 1988: 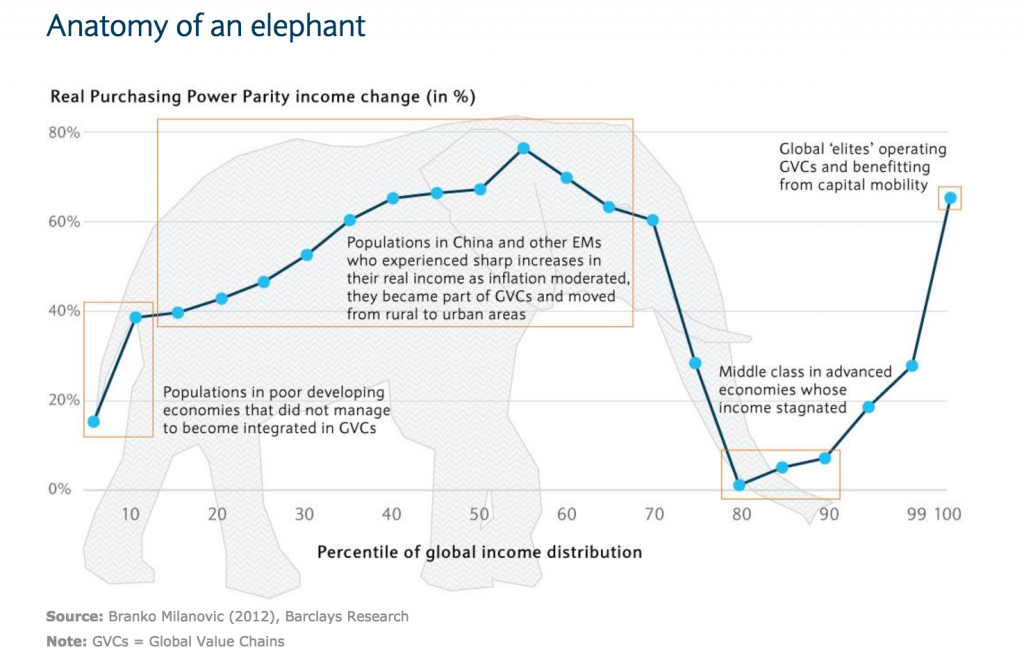 94% of TV viewers watch with a phone in their hands.

Vertu, the last UK phone maker, is no more taken down ignominiously by a combination of mismanagement and poor choices of ownership.

Ex-Vertu Marketing exec Mark Izatt pulls no punches in his assessment and mourns a company he remains fond of and was for a while a jewel in Britain’s product crown.