Hyperobjects in the Anthropocene

The Guardian profiled philosopher Tim Morton who has an interesting take on the situation 21st Century humanity finds itself in. For Morton our awareness of natural resource depletion and environmental degradation has forced us to stare into the abyss of the eschatological in the context of almost everything we do.  For Morton this represents the fundamental feature of the human-influenced Anthropocene era:

Now, doing just about anything is an environmental question. That wasn’t true 60 years ago – or at least people weren’t aware that it was true. Tragically, it is only by despoiling the planet that we have realised just how much a part of it we are.

Morton believes that this constitutes a revolution in our understanding of our place in the universe on a par with those fomented by Copernicus, Darwin and Freud. He is just one of thousands of geologists, climate scientists, historians, novelists and journalists writing about this upheaval, but, perhaps better than anyone else, he captures in words the uncanny feeling of being present at the birth of this extreme age.

It is an era in which we have realised in facing the impact of changing climate how deeply connected we are with everything around us.  It is also when we have encountered for the first time what Morton calls hyperobjects over which we have no control. Consider for instance a black hole.  How could we even conceive of a structure so extreme that a 1mm-sized one would utterly destroy our planet?The various disasters revealed by the Anthropocene have arguably already happened and there is little we can do but be passive in the face of the enormity of what we’ve realised.  The reckoning for our species is coming but it doesn’t mean we should despair.  For Morton, vibration, music and anarchy all have a part to play:

Go out in the street and start making any and as many kinds of political affiliations with as many kinds of beings, human or otherwise, that you possibly can, with a view to creating a more non-violent and just, for everybody, ecological world

Here’s Morton in action at the Serpentine in 2016 asserting among other things that in relation to appearing and being, stuff can happen, nothing is static and that “ambiguous shimmering is the basis of movement“:

After that, perhaps the only thing we can do is “partay” in quietude. To help us along, what better to understand the”intersecting patterns of undulation” than the music of the spheres:

News of Amazon’s purchase of Whole Foods hit the mainstream media from the Telegraph to the Verge.  One commentator made the point that Amazon have already paid for the acquisition:

Amazon adds $14.3 billion in market value after buying a grocery store for $13.7 billion because Bezos.

According to Vivek Wadhwa, Amazon’s acquisition of Whole Foods is an example of the kind of lateral (as opposed to low-end) disruption that will increasingly be the norm across many different industries and means that “the vast majority of today’s leading companies will likely become what I call toast—in a decade or less.”

Ben Thompson (Stratechery) sees the acquisition in terms of a scale play intimately connected to Amazon’s strategy and tactics which will eventually lead to Amazon Grocery Services.  In a memorable image, he imagines Amazon as the modern incarnation of the British Empire “sitting astride all aspects of the economy”: 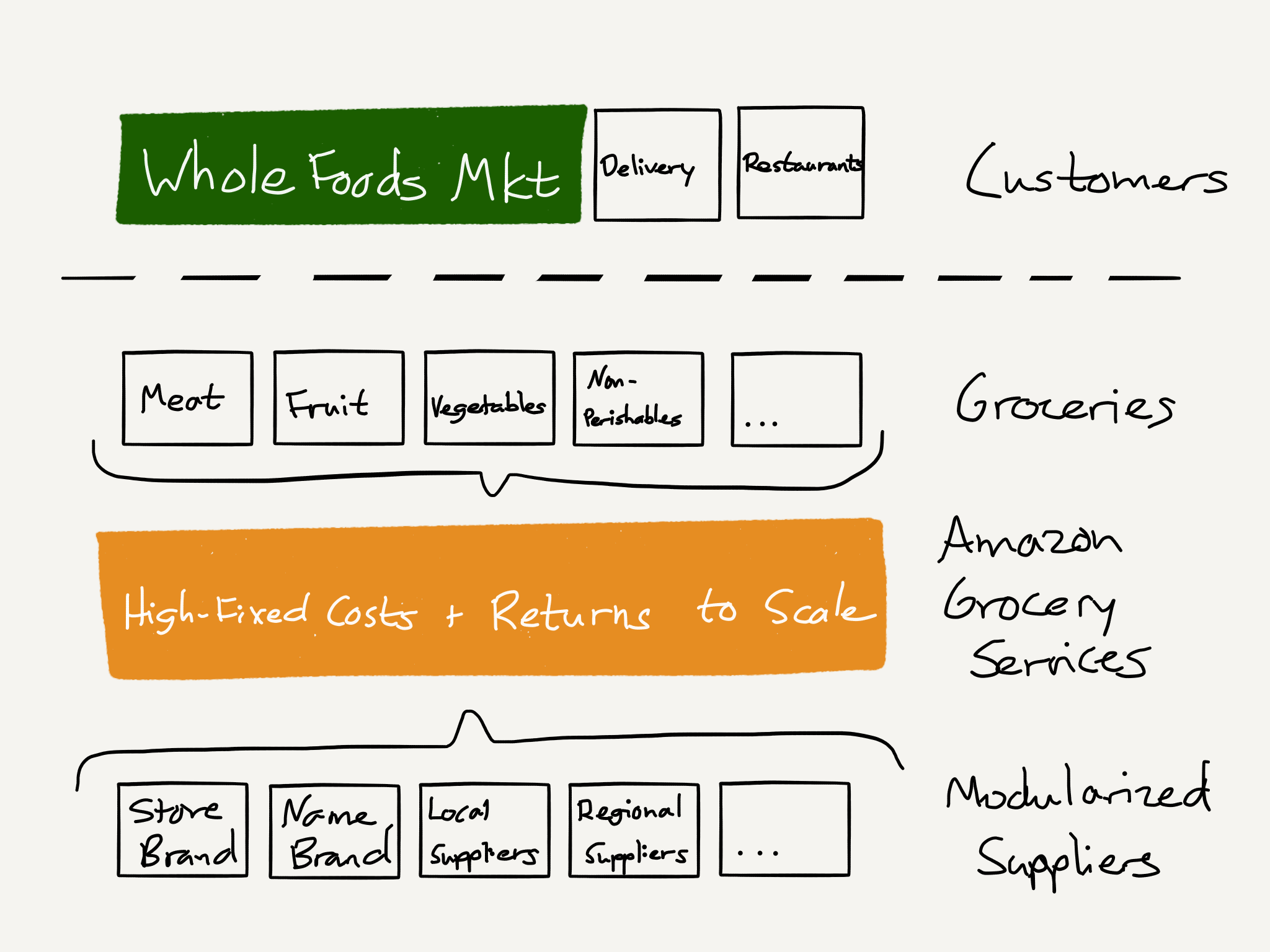 Walmart vs. Amazon is the main attraction now. Everything else is just a sideshow, until maybe Alibaba shows up and it becomes a global free-for-all. 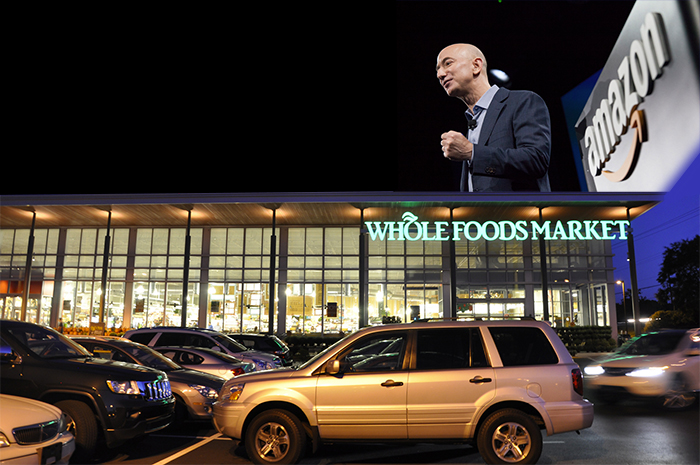 Interesting insider perspective on whether it is better to work as a developer at Google or Amazon from someone who’s worked at both.  The suggestion is that Google has better perks and working environment but Amazon has greater opportunities to make a difference.

Netflix have moved on from their famed culture deck and provided written guidance online about their corporate culture that seems to echo Amazon’s Leadership Principles and cover Judgement, Curiosity, Communication, Innovation, Courage etc: “Our core philosophy is people over process.”

Viewing Netflix via smart TVs may be the favourite way for customers to access content from the streaming service according to a recent Futuresource survey however they also point out:

“the set-top box is kind of like the cockroach in a nuclear winter. It will be one of the things that survives this whirlwind of development in content and hardware. SVOD’s success has also attracted the attention of other types of cockroach.

“How Hollywood Got Leaked” is an essential read from Variety providing the backstory to the recent leak of Netflix’s Orange is the New Black taking in blackmail, Bitcoin and a shadowy collective called The Dark Overlord which underlines why “Hollywood Cybersecurity Lives and Dies With Third-Party Vendors”.

Fascinating InternetHistory podcast examining the history of Netflix provided by Chief Product Officer Neil Hunt who interestingly is stepping down in July after 18 years at the company during which he oversaw their move into SVOD powered by AWS:

“we chose to start from scratch and move our systems over to AWS piece by piece starting in 2008. And that was an odyssey that ended taking us about eight years…four years for the majority of it and eight years to clean up the last pieces and unplug our data center.  And, yeah, lots of interesting stories along the way. The key one is that we recognized immediately that to do a fork of our legacy system into AWS was not gonna get us what we wanted, we needed to re-architect with the structure of AWS in mind. And we needed to switch to things like NoSQL databases, instead of trying to use bigger and bigger Oracle installations. And we needed to switch to a micro services architecture, instead of a sort of monolithic client server architecture attached to the Oracle database.”

Netflix paying subscribers base is now on a par with that for US cable at around 52 million, however revenues are an order of magnitude smaller. 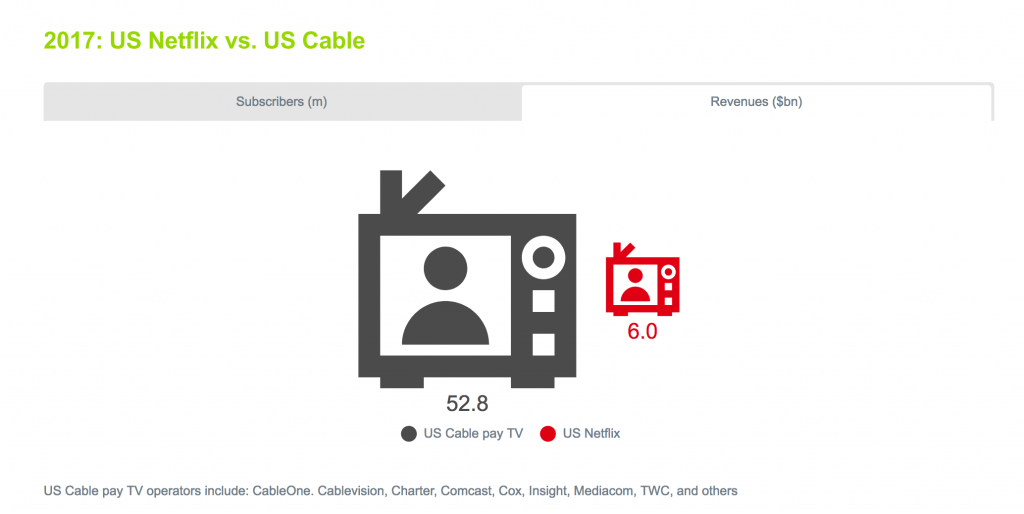 The Verge published this excerpt from the forthcoming Secret History of the iPhone which is now 10 years old.  It’s full of fascinating technical insights including how the relatively nondescript codename “Purple” was used for the project within Apple’s proprietary error management system Radar:

“All the bugs are tracked inside of Radar at Apple, and a lot of people have access to Radar.  So if you’re a curious engineer, you can go spelunking around the bug-tracking system and find out what people are working on. And if you’re working on a secret project, you have to think about how to cover your tracks there.”

Smart transportation leaders will be the ones who recognize that technology should not be used to dumb down the driving task but instead used to enable ever great driver empowerment and to extend the driver’s responsibility beyond the cab. 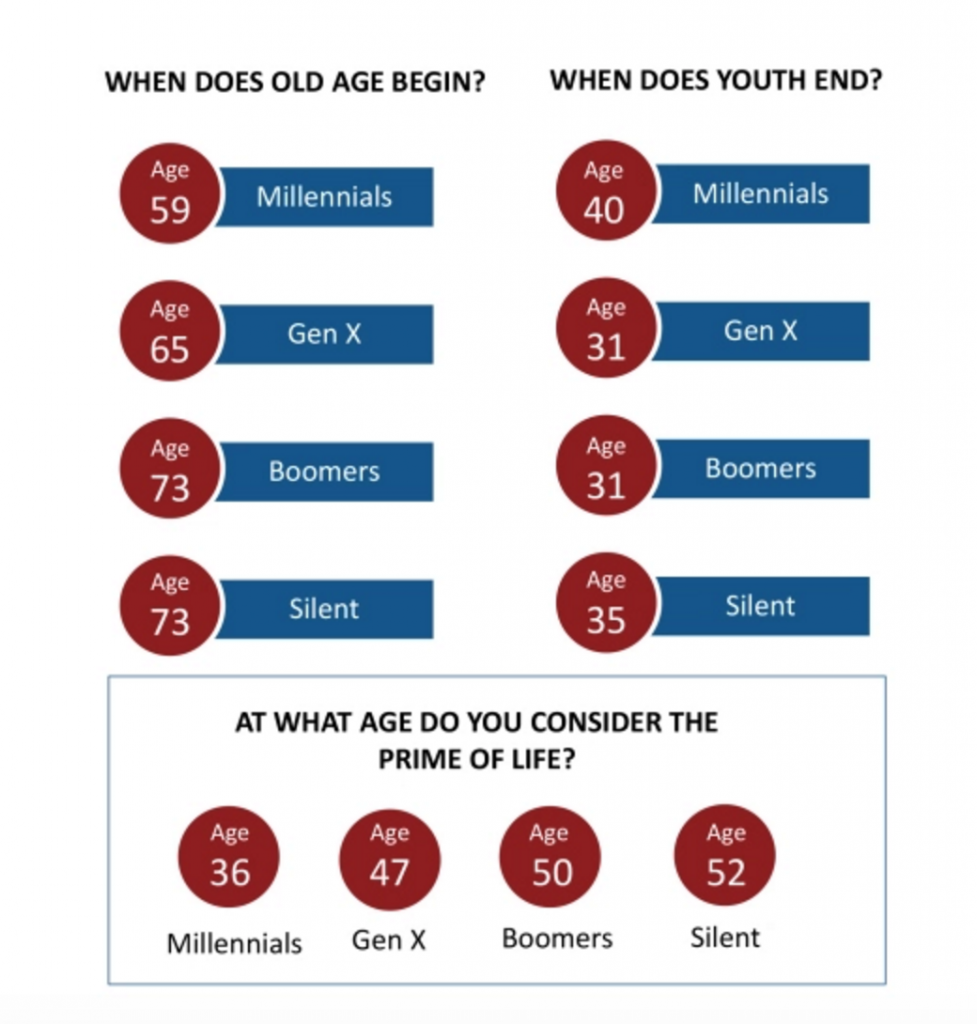 Evidence from Finland that Universal Basic Income works – it lowers stress and serves as a better motivation than salary.

6/ Working people were more likely to vote Lab than Con – retired people were the only group that backed the Tories https://t.co/OS1tzwrpTO pic.twitter.com/UnWtSrXG9P

The role of the young in changing our political calculus and the ensuing pyrrhic nature of the Conservative “win” is considered by Hilton Mike.  The Evening Standard now stewarded by George Osborne twists the knife in on where the election campaign went all wrong.  There’s a lot to be said for bottom-up JFDI but the flipside is the need for a degree of self-awareness that you aren’t going seriously wrong.

The stricter EU regulations around data encapsulated by the GDPR are real and Brexit or not, if British companies wish to trade in Europe in the coming years, they’ll have to comply.  It’s one more hugely important consequence of the vote to leave that few outside of the tech industry have much clue about but could be hugely important to jobs and competitiveness.

It’s hard to state the incalculably devastating blow that the Grenfell Tower fire and the omnishambolic response that followed it inflicted on the British psyche.  The tragedy has abruptly shattered the tenacious myth that the nation is on a progressive upwards arc. There is no escaping the terrible, bleak message in that mute blackened tower that will take months to yield its grisly secrets, plenty of time to let a summer of discontent brew:

The horror of poor people burned alive within feet of the country’s grandest mansions, many of them empty, moth-balled investments, perfectly captures the politics of the last seven years. The Cameron, Osborne, Gove Notting Hill set live just up the road. 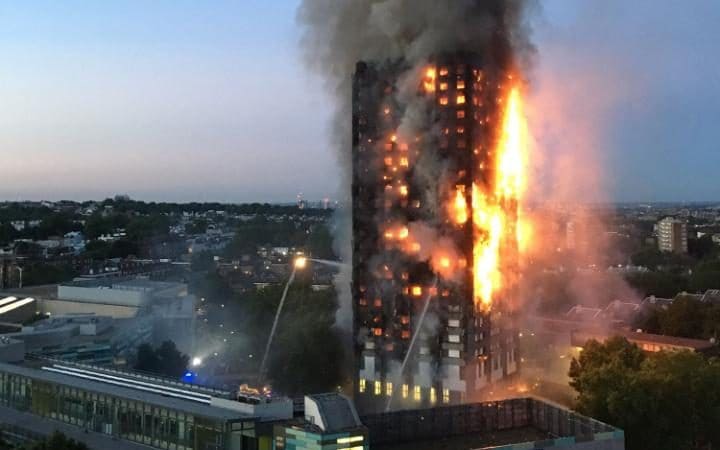