The BBC is at existential risk from the SVOD insurgency led by Netflix and Amazon according to Andrew Neil:

When you look at the business models of the BBC, of ITV, of Channel 4, it is quite hard to see how they are responding, and how they can respond to this new challenge… We’ve now got these insurgents with huge budgets, global scale, global reach, and a commitment to quality just as strongly as public service broadcasting in this country – but with more money to do it,

Cue a suitably scary vision of Jeff Bezos in a Terminator suit:

Andrew Ng resigned from Baidu after three years of leading its AI group hinting in this Medium post that he may return to the world of MOOCs where he arguably made his name with his landmark Machine Learning course.  WSJ sees it as a clear setback for AI in China:

Adrian Rosebrock explains how to leverage four leading edge image recognition models pre-trained on the ImageNet dataset which are now integrated into the Keras deep learning library and therefore accessible in a few lines of Python.  The models are VGGNet, ResNet, Inception, and Xception.  They can be used to classify images with confidence: 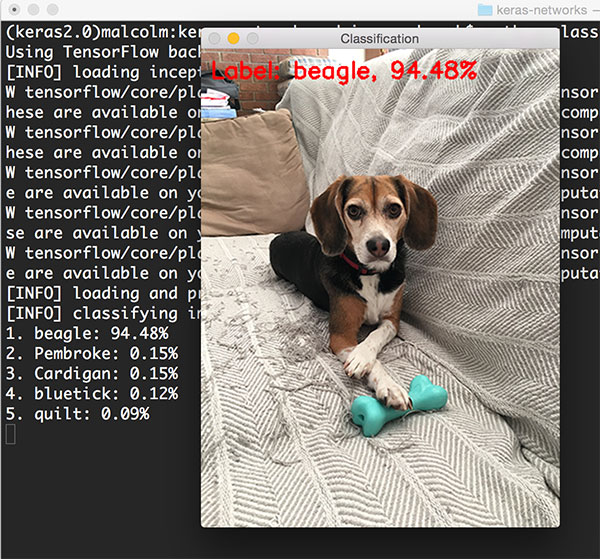 Why Fossil’s smartwatch could challenge Apple:

Incorporating hardware from Qualcomm and Google’s Android Wear 2.0 software, the new Diesel-branded watch looks like a fashion forward rival to smartwatches from Apple, Samsung, and other tech manufacturers. 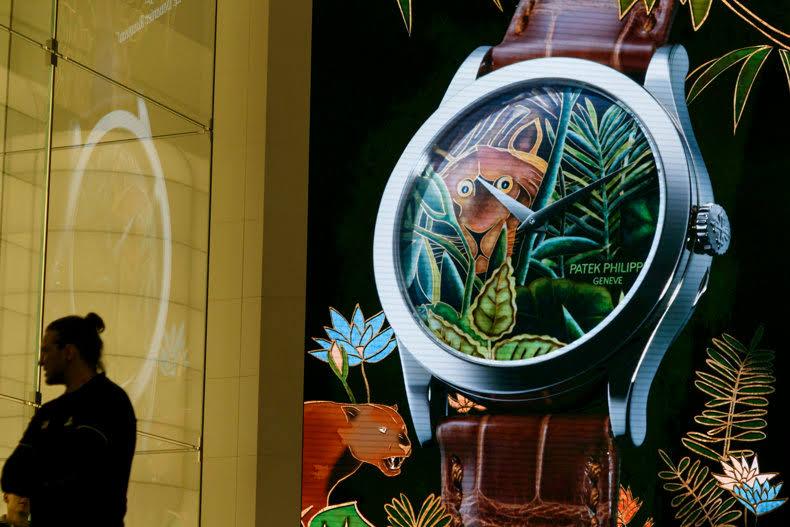 UK IoT startup Evrythng has just secured a huge $24.8 Series B round to help it “help it give every physical product a digital identity“:

The company describes itself as a data management platform that allows businesses to have a more complete overview of their supply chain by assigning digital identities to products, allowing them to be tracked.

Hackernoon on why Ring and not Echo is the killer IoT product – it’s not trying to change our behaviour:

the winning products, will mimic current user experiences and just augment these experiences with the power of the new technology. It’s why Ring wins. Ring did not attempt to change how we currently behave. The failure of most other IoT businesses is that they try to change how we behave..

which explains why the author’s assertion that:

I haven’t met any low income consumer who’s bought Echo (or Google Home) but I’ve met a few who’ve bought Ring (or similar IoT security products) for their homes. From my research/calculations, Ring sold ~407k units of products on Amazon over the last year. Just on Amazon!

Fascinating insight into tech news aggregator Techmeme much-loved by Silicon Valley insiders as a reliable and trustworthy source in a time when fake news is such an issue.  The site does nothing other than curate the best link material from the same sort of sources used for this blog. In their case supplied without any extraneous commentary:

Everything about Techmeme and its lingering success seems to defy the contemporary wisdom of building a popular website. It publishes zero original reporting and is not a social network. It doesn’t have a mobile app or a newsletter or even much of a social presence beyond its Twitter account, which posts dry commodity news with zero flair for clickability. Revenue comes from sponsored posts and a “who’s hiring” page

The ten signs of an inhumane workplace include high employee churn, an unwillingness to fire jerks, lack of transparency, no work-life balance and an obsession with slideware.

What London police learned from the last big terrorist attack.  Mostly that they need to respond fast and in force.

The New Yorker profile Daniel Dennett and his remarkable lifelong struggle to understand the human mind:

Nowadays, philosophers are divided into two camps. The physicalists believe, with Dennett, that science can explain consciousness in purely material terms. The dualists believe that science can uncover only half of the picture: it can’t explain what Nabokov called “the marvel of consciousness—that sudden window swinging open on a sunlit landscape amidst the night of non-being.”

Another academic philosopher, Michael Puett, on the importance of open-mindedness and adaptability around ritual in the context of Chinese culture.

One of Puett’s themes is the value of breaking from mantras and rituals.  Unfortuntately there is little chance of a recontextualisation of Brexit.  The eviscerating Observer take on the looming triggering of Article 50 which will signal the end of the beginning of the inevitable drawn-out process of leaving:

Like sheep, the British people, regardless of whether they support Brexit, are being herded off a cliff, duped and misled by the most irresponsible, least trustworthy government in living memory. The moment when article 50 is triggered, signalling Britain’s irreversible decision to quit the EU, approaches inexorably. This week, on Black Wednesday, the UK will throw into jeopardy the achievements of 60 years of unparalleled European peace, security and prosperity from which it has greatly benefited. And for what?