The Human in the Machine

The role of Human-Assisted AI (or HAAI) in supporting human and machine intelligence for service delivery is a topic that has been covered at length already in this blog in 2016.  A recent ComputerWorld article refers to it as “human in the loop computing”:

If the confidence score is below a certain value, it sends the data to a human annotator to make a judgment. That new human judgment is used both for the business process and is fed back into the machine learning algorithm to make it smarter. In other words, when the machine isn’t sure what the answer is, it relies on a human, then adds that human judgment to its model.

People rather than algorithms remain the often unhappy grunt force behind pretty much all “AI bot” propositions today as this excellent recent Bloomberg post revealingly entitled “the humans hiding behind the chatbots“ points out:

A handful of companies employ humans pretending to be robots pretending to be humans. In the past two years, companies offering do-anything concierges (Magic, Facebook’s M, GoButler); shopping assistants (Operator, Mezi); and e-mail schedulers (X.ai, Clara) have sprung up. The goal for most of these businesses is to require as few humans as possible. People are expensive. They don’t scale. They need health insurance. But for now, the companies are largely powered by people, clicking behind the curtain and making it look like magic.

The “Wizard of Oz” pattern is an approach that was pioneered in the UK in the Noughties by text question and answer service AQA and voice to text service provider SpinVox.  AQA were relatively transparent about the humans in their SMS loop.  SpinVox, however, were notoriously more secretive about their ‘advanced’ AI technology (called ‘D2’) until they were eventually unmasked.  AI even back then was a big draw and their story provides a cautionary tale for today’s HAAI aspirants: 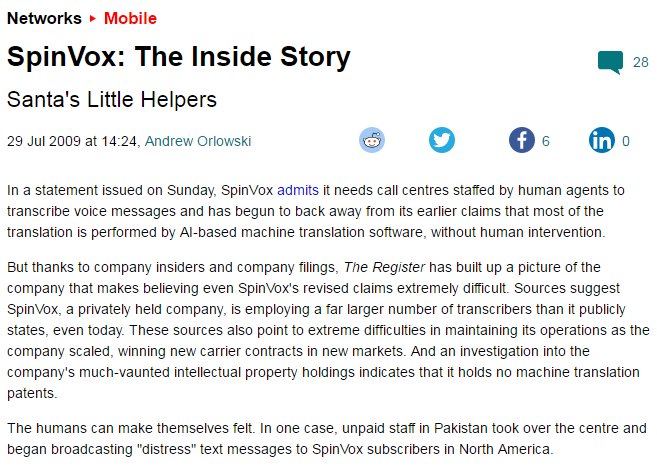 Wind on a few years to the present and the “app as assistant” paradigm has re-emerged as the next big thing.  Bot hype is everywhere with VCs amongst the most bullish in their pronouncements.  There’s no doubt the AI this time around is far more sophisticated and powerful:

Products like Fin/Operator/M are at least partially powered by real humans. Other important ingredients are NLP to process text inputs,CV and deep learning improvements in audio-to-text to process inputs like audio/photos/video, and more. Its so much more than text and AI.

Even so, it’s not clear we really know understand how to leverage techniques like Deep Learning to build Conversational UIs yet:

Truly ‘conversational’ software can manage a complex, evolving state. It can use knowledge provided a priori by the developer, and can gain new knowledge from users. That’s a difficult problem to solve.

It’s unlikely the typical chatbot startup can make much progress in this territory without serious PhD level research chops on board in niche techniques most of us have never heard of, like DMN: 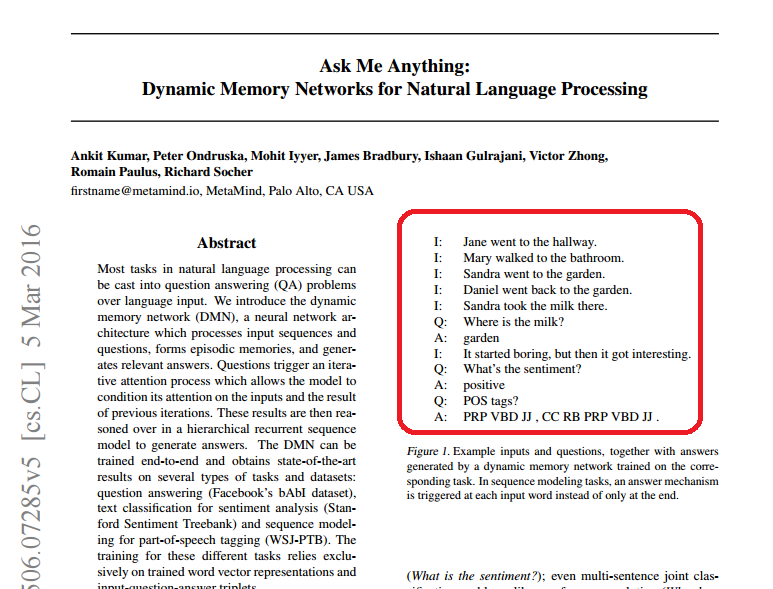 Or indeed, if they get there, that IM chat-based messaging is the right interface anyway.  Dan Grover, a Tencent employee and WeChat product manager based in Guangzhou China, has published an essential read on how the WeChat service interface owes a lot of its success to integrated calls to action in the form of lists and other buttons as well as offering a unified platform interface to features such as payments.  It’s an approach being adopted by Telegram bots and within Facebook to work around mobile platform shortcomings:

It’s worth reflecting on these two considerations by way of backdrop next time you read yet more hype of Facebook’s M virtual assistant that “lives inside of Messenger”:

Messenger and M integration is clearly a huge deal to Facebook. Reading between the lines, however, it is still very much a work in progress with seamless mobile shopping a particular area of focus. Early feedback from Gizmodo on the handful of M chatbots themselves is perhaps unsurprisingly disappointing highlighting a number of characteristic limitations such as  global amnesia and long uncomfortable pauses.  It doesn’t make for a very human experience.

Poncho is basically looking for one particular phrase, and that’s “Do I need [insert item]?” As you can see in the screenshots above, referring to my past chats or previous answers doesn’t work (you know, like a normal conversation). Every chat with Poncho exists in a vacuum and it forces you into a robotic back and forth, no matter how Poncho disguises it—be it with funny GIFs or pop culture references.

Android has become the Windows of the mobile world, serving as the ubiquitous operating system of choice, and Google’s software licensing terms are leading device manufacturers to bundle and promote its apps ahead of others. Another commonality is that Google was one of the behind-the-scenes agitators during Microsoft’s IE tribulations, and Microsoft returned the favor in 2013 when it petitioned the EC to look into Android app bundling. 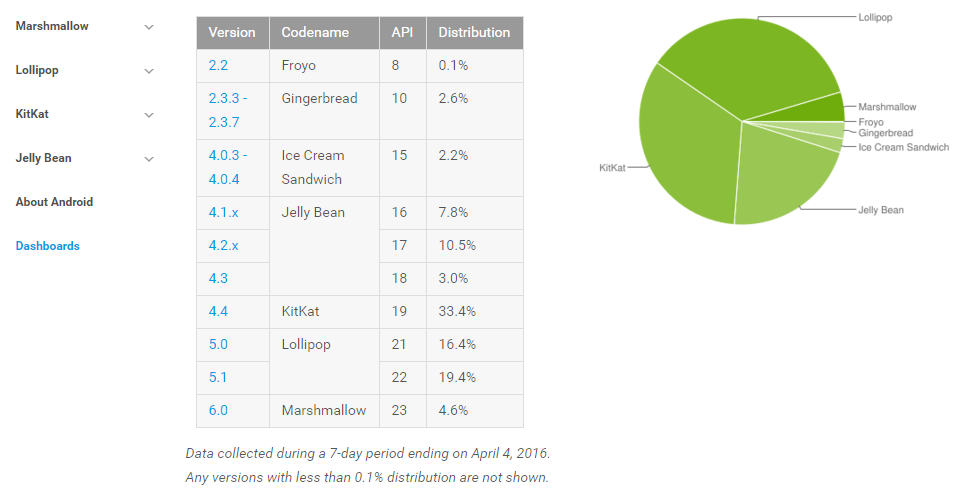 Intel turned down an opportunity to provide the processor for the iPhone, believing that Apple was unlikely to sell enough of them to justify the development costs.

Intel will lay off 11% of its global workforce, up to 12,000 employees, a painful downsizing aimed at accelerating its shift away from the waning PC market to one more focused on cloud computing and connected devices. 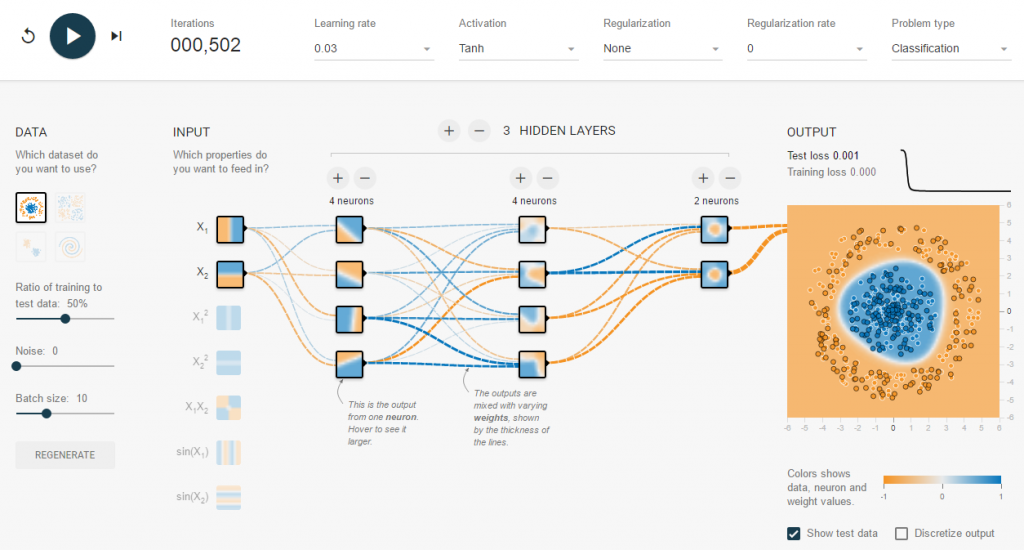 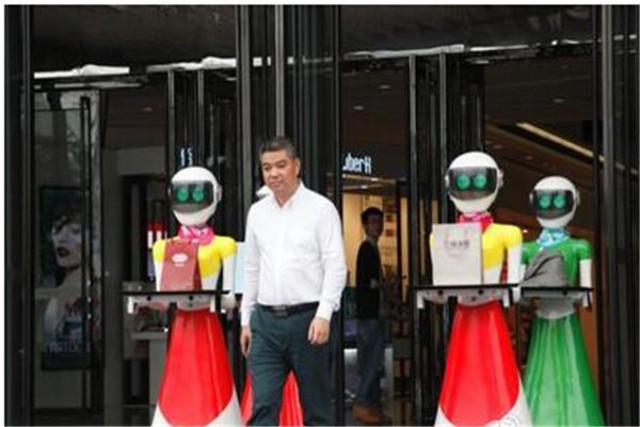 The problem is that this doesn’t take into account the inconvenience to users  – the ‘usability costs’ – of forcing users to frequently change their passwords. The majority of password policies force us to use passwords that we find hard to remember. Our passwords have to be as long as possible and as ‘random’ as possible. And while we can manage this for a handful of passwords, we can’t do this for the dozens of passwords we now use in our online lives. 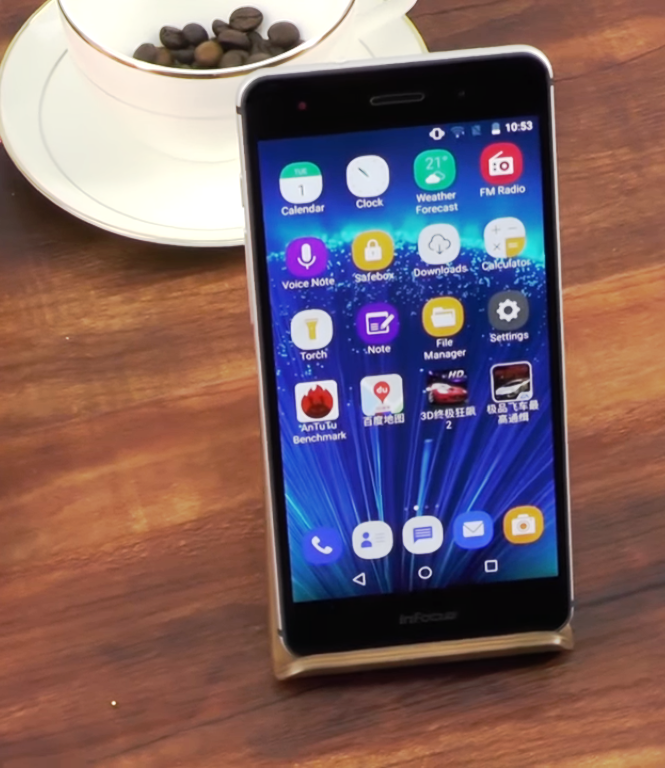 On the art of Fixing Things

DNA can theoretically store one exabyte of data in a volume of a grain of sand. That’s roughly eight magnitudes denser than that of tape, and roughly equivalent to 200 million DVDs. … What’s more, DNA is extremely stable. The average lifespan for rotating disks and optical storage systems is at most a few decades.  In contrast, DNA has the potential to reliably store data for centuries without significant decay.

instead of outgrowing traditional capitalism, technology is going to erode the base of capitalism in the next few decades. Rather than building on top of a strong capitalist base, we will be dismantling capitalism as we build something new. 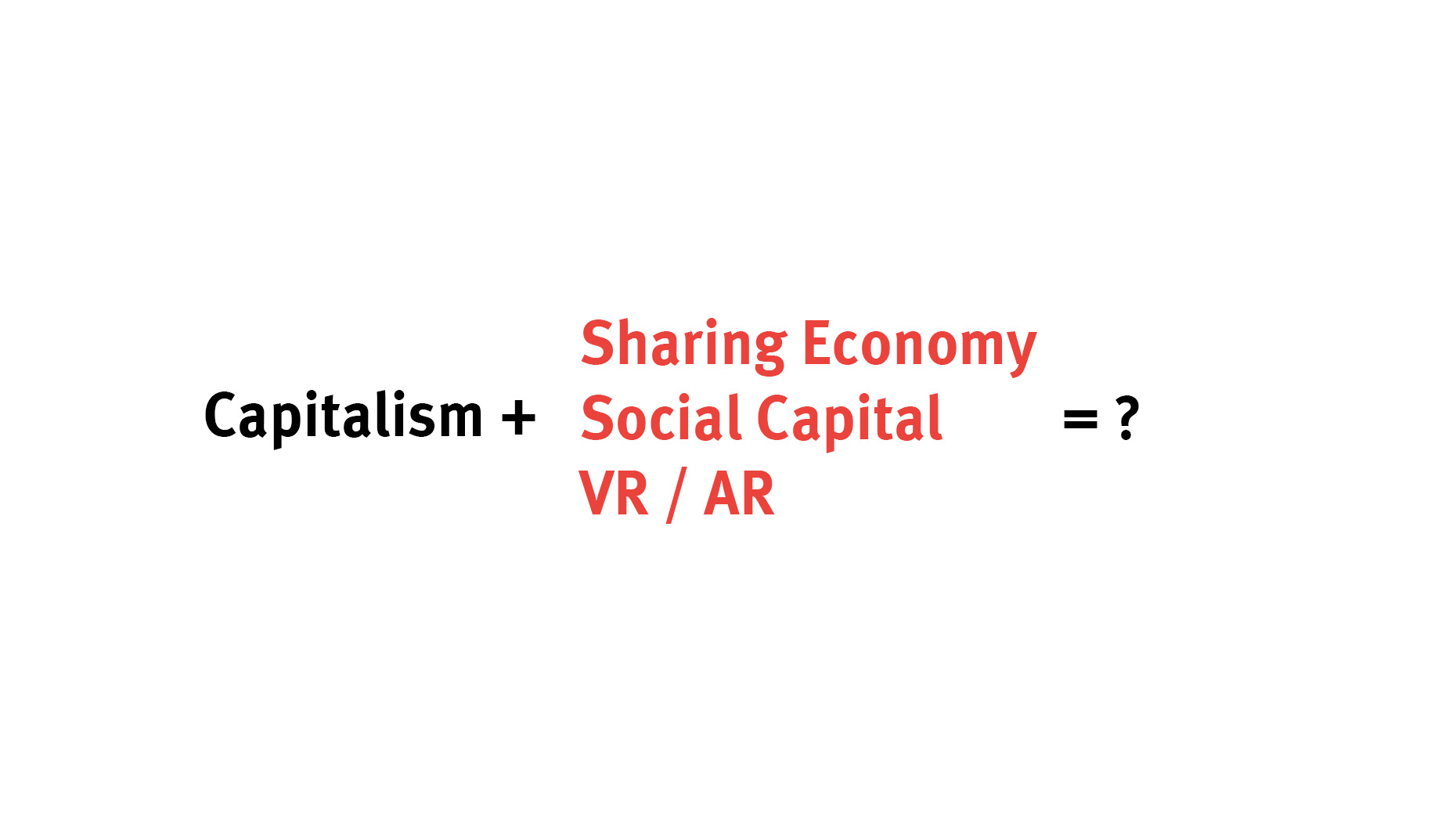 it’s extremely unlikely you can greatly improve your reading speed without missing out on a lot of meaning. Reading is about language comprehension, not visual ability.

Hardly anyone has gotten a significant raise since the recession. Gen Xers are worth singling out because they’re in their peak earning years. They’ve now missed out on what should be the biggest raises of their careers. 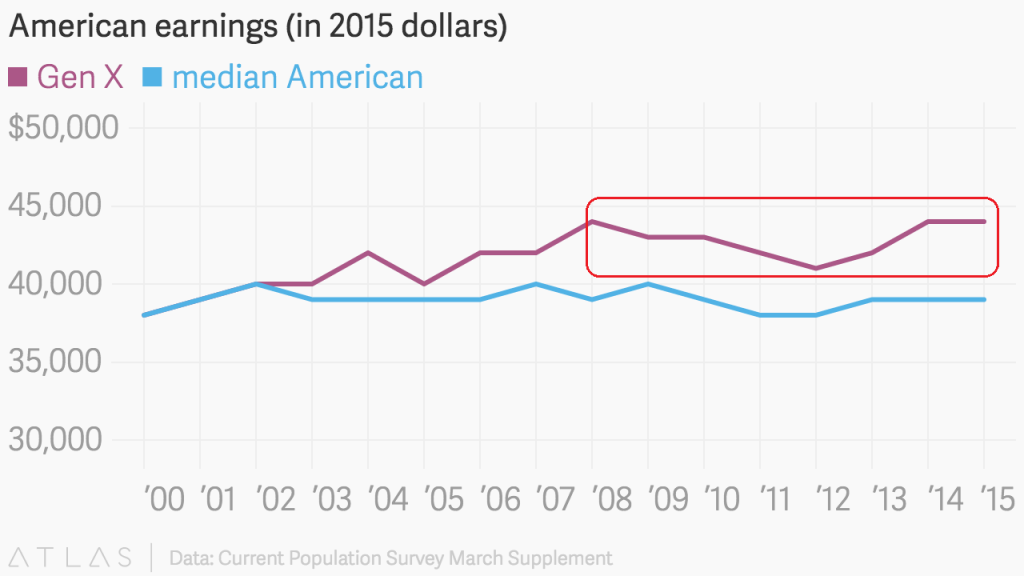 Since its release seven years ago, Minecraft has become a global sensation, captivating a generation of children. There are over 100 million registered players, and it’s now the third-best-­selling video game in history, after Tetris and Wii Sports.

One day last fall, I visited Gus, a seventh ­grader in Brooklyn.  … I watched as he typed a command to endow himself with a better weapon: “/give AdventureNerd bow 1 0 {Unbreakable:1,ench:[{id:51,lvl:1}],display:{Name:“Destiny”}}.” What the command did was give a bow-­and-­arrow weapon to AdventureNerd, Gus’s avatar; make the bow unbreakable; endow it with magic; and name the weapon Destiny, displayed in a tag floating over the weapon. 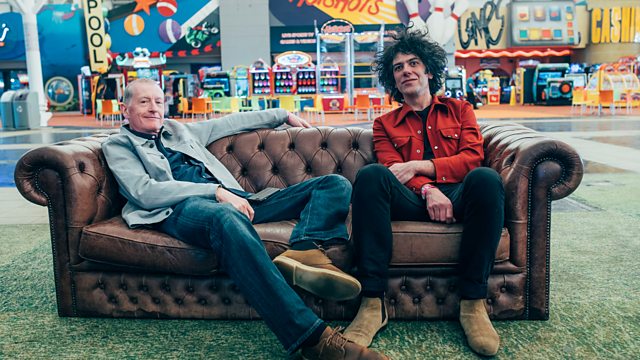 “I can be a weirder fey psychedelic badass mushroom than you, Paul McCartney.”

When rock music is defined by and limited to white people, only white people get to fit in the critically acclaimed pantheon of rock geniuses. Black performers are made to seem an exception in the genre they invented. … Prince came from a long line of eccentric rock geniuses, and part of how he honored them was by forcing even the most obtuse listener to understand that rock was, and always has been, black music.