This Hackernoon post from ex-Microsoft Office manager Terry Crowley offers us an invaluable lesson that is applicable to many areas of life.  All the more so in an era when politicians like to make it look like the answers to intractable problems are simple.  Crowley explores his experiences with complexity while building the Office platform around the ‘competitive moat’ of proprietary file formats. The core point he makes is that as a software base grows larger you face progressively harder engineering terrain.  The rate of change of functionality for effort declines leading to a curve that will be familiar to anyone that has ever worked what eventually turns into an industry standard platform: 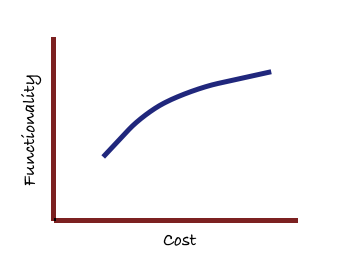 The result is a constant war of attrition by engineers to build the right thing and ensure they fight to address technical debt and architecture as well as the pressure of new features and bugs.   It is long, hard and unglamorous work and this is what a large number of software engineering jobs entail:

Determining which components are worth isolating, getting teams to agree and unify on them rather than letting “a thousand flowers bloom” is hard ongoing work. It does not end up looking like a breakthrough — it looks like an engineering team that is just getting things done.

Occasionally complexity can be masked by remarkable product design.  Kickstarter proposition The Eye for instance is literally an Android phone parasitically wrapped around an iPhone.  In many senses it represents the logical endpoint of the smart case phenomenon. Why you would have one is harder to understand. Perhaps for the convenience of being able to experience both iOS and Android in one form factor device:

The Eye is an iPhone case seeking funding on Kickstarter that looks to be the next contender for running iOS and Android on one device, by taking the somewhat obvious approach of simply attaching an entire Android phone to the back.

Brexit and Trump ‘may be signs that we’re living in an advanced computer simulation‘ according to the IBTimes who are not normally a purveyor of fake news.  The belief is sometimes referred to a Simulation Theory and seems perfect for our crazy conspiracy theory oriented times.  On second thoughts, any beneficent maker of such a simulation would surely not be perverse enough to create the kind of horrors visited on humanity:

As W H Auden said, “we must love one another or die”. And we would never put creatures we love into a simulated world filled with malaria, famine, civil war … and Donald Trump.

How a boutique luxury lingerie brand is leveraging outside consultancy to integrate AI into its processes and workflow.  A good example of early adoption outside of the tech industry:

Kaggle and Google Cloud will continue to support machine learning training and deployment services, while offering the community the ability to store and query large datasets.

Andrew Ng may have left Baidu but they continue to evolve their AI offering with a new proposition called Deep Voice targeted at voice generation use cases:

the Chinese tech titan has created a text-to-speech system called Deep Voice that’s faster and more efficient than Google’s WaveNet. The company says Deep Voice can be trained to speak in just a few hours with little to no human interaction. And since Baidu can control how it speaks to convey different emotions, it can (quickly) synthesize speech that sounds pretty natural and realistic.

Stewart Lee takes on the spy in your smart TV and asks “Who could, in the current climate, confidently eat a shepherd’s pie bought into their room by a stranger?“.  We are slowly allowing ourselves to be normalized by its omnipresence:

Now I’m in a Guildford hotel room, afraid, at 5.45pm. There’s a smart television mounted on the wall behind me, reflected in the mirror in front of me. Is someone watching me, through that very television screen, now, as I sit here, writing this, about them, watching me, on that? Is this sentence now being read over my shoulder as I write it, by them? If I write that I know they are watching, will they stop watching, or will they strike? You. I know you are watching. 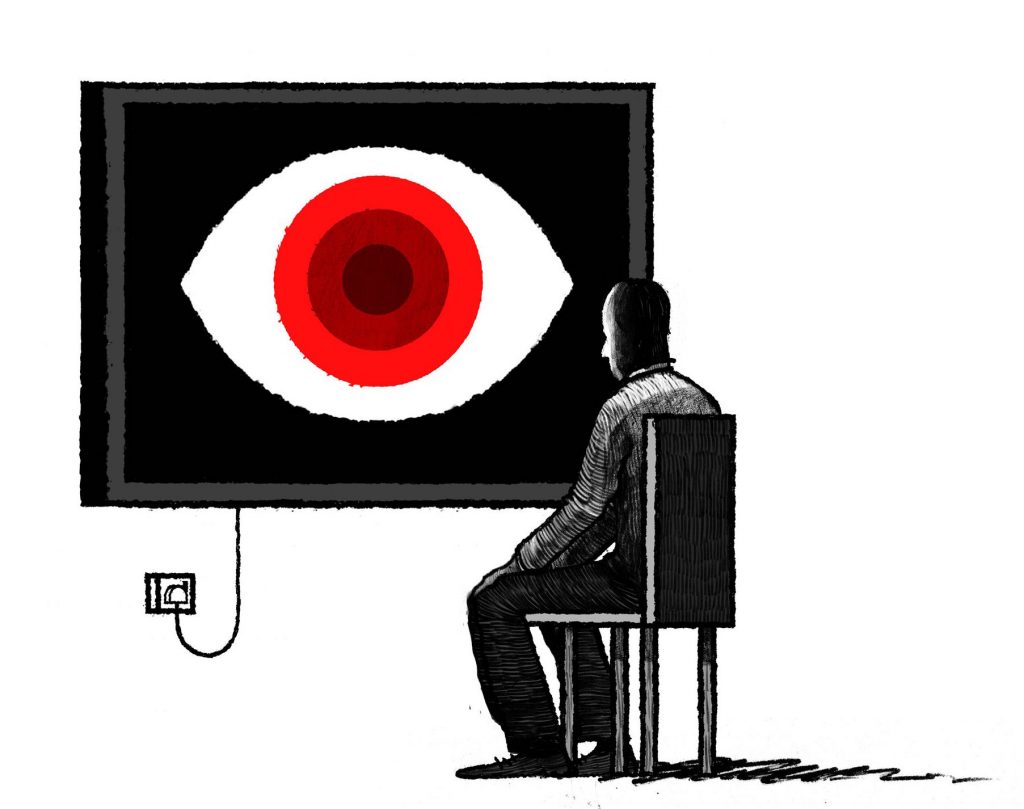 WSJ on the rising tensions between intelligence agencies and tech sector exposed by recent WikiLeaks revelations which convey the perception of collusion between the two:

OReilly post on pull requests and how to use them to improve code reviews by (among other things) integrating other tools into the process:

Tools like SonarQube and Code Climate can analyse your code, while tools like Codecov and Coveralls can tell you if the new code you just wrote is not well tested. The wonder of these tools is that they can plug into GitHub and report their findings right back into the pull request!

A classic lecture from 1998 by Guy Steele on growing a language:

Quartz on yet another benefit being multilingual accrues – it makes for more rational and flexible employees in the modern workplace which is why forward-looking businesses :

Observations of multi-language work teams show that mixed-language groups have a propensity to find innovative solutions for practical problems. This is because they use a range of communication strategies in flexible and dynamic ways. When speakers from different language backgrounds work together using a common language, they draw on subconscious concepts that lie below the surface of the language they happen to be conversing in.

Jarvis Cocker on the myth and legend that is the Chateau Marmont.

Tinder Select is “a secret version of Tinder for famous, hot, rich people“, the sort who hang out at the Chateau Marmont doubtless.

Extraordinary story of a man who spent much of his life alone in the wilderness of the Maine Woods claiming he ‘was never lonely’:

"I was never lonely" says 'hermit' after half a lifetime spent alone in the forests of Maine: https://t.co/zu4k77oQlx pic.twitter.com/gyARpyvCpA