Walt Mossberg’s blunt analysis prior to the Apple’s iPhone 7 Keynote this week is worth checking out.   He was pretty clear what he was hoping to see:

With iPhone and company sales falling in recent quarters, and likely to do so again, Apple needs the all-new product breakthrough that has eluded Cook — sooner rather than later. 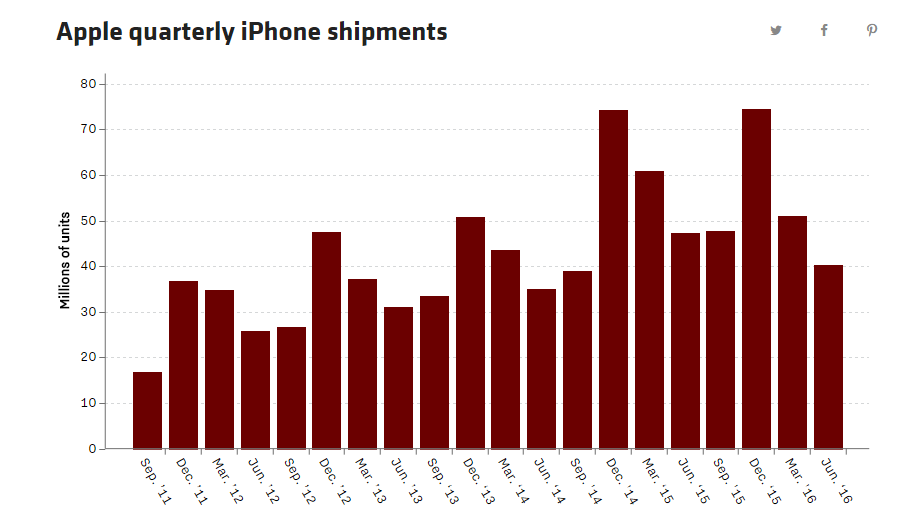 The event itself fell short of his expressed hope of a new product breakthrough.  The Verge provided a good summary of the main highlights including the controversial decision to remove the headphone jack which had the side effect of wiping out a whole host of cottage industry custom appcessories in what was audaciously referred to as an example of “courage” when it’s really about the exercise of leverage:

The idea that someone, somewhere, is doing something with an iPhone that they haven’t anticipated, like making a thermometer or payment system or 3D scanner. Someone who hasn’t paid for a license to attach that thing to their phone.

Their AirPod wireless earphones that replace the jack also seemed to garner much opprobrium. 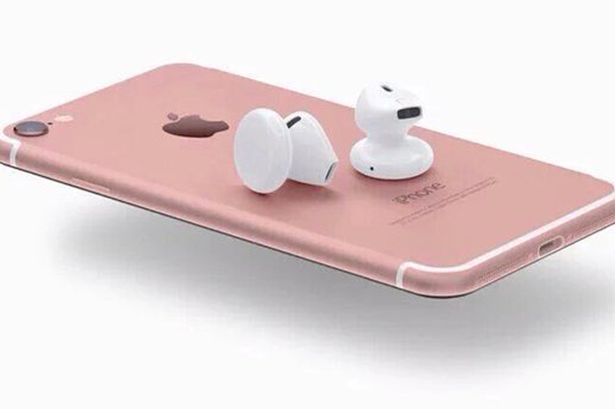 Several commentators picked up on Apple’s decision to retreat from offering a luxury Apple Watch variant.  The Verge in particular suggested it marked a watershed and offered some reasons why Apple had struggled to break the grip of the Swiss:

People who spend tens of thousands of dollars on a mechanical watch aren’t looking for innovation or dying to know when their next meeting is (that’s what an assistant is for). Those watches are statement pieces, or heirlooms, or purchased just for the appreciation of a handcrafted device that largely hasn’t changed in half a century.

Programmable Neon looks brilliantly faster and brighter too and in tune with the current vogue for all things neon.   I’m supporting this fantastic example of British tech innovation:

This project has been inspired by the alluring aesthetic of the neon signs that can be found outside stores, and increasingly on the walls of art galleries. The aim was to produce a sculptural digital display that combined the beautiful ‘analogue’ 3D glow of neon signs, with the ability to display images and text streamed from smartphones and the Internet.

Amazon’s Alexa voice assistant platform could be making its way to a PC near you courtesy of Lenovo:

Lenovo, the world’s biggest PC maker, has held talks with Amazon on potentially using Alexa in its computers and other devices, according to a Lenovo executive with knowledge of the talks.

Alexa is a potentially revolutionary platform that could end up being at the vanguard of the post-mobile wave.  As this thoughtful post suggests, the use cases for Amazon Echo are remarkably similar to those solved by a smartphone today underpinned by a powerful IFTTT (“if this then that”) architectural paradigm:

Amazon are also covering ordering and purchase use cases with physical IoT in the form of their Dash buttons which are effectively free and now available in the UK:

There are initially 40 branded buttons to choose from in the UK, each costing £4.99 to purchase but come with £4.99 in credit for the customer’s first order. 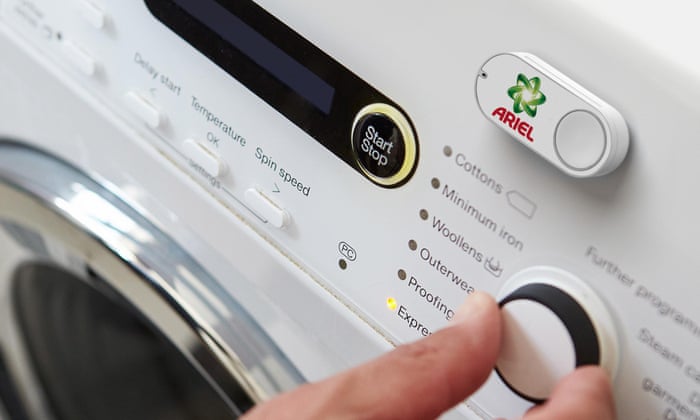 Ultimately the key success factor for consumer IoT will be if it proves genuinely useful and valuable for ordinary end users.  It’s a point emphasised in this handy IoT design principles post:

The future of IoT, and the role that digital design will play, is more about empowering and enabling people in ways that previously required a tremendous amount of effort or inherit knowledge.

And underlined in this fascinating case study of a smart city initiative reaping huge rewards:

Android N may not be available for your phone but you can have it for your Raspberry Pi.

Google’s modular smartphone initiative Project Ara looks to have been finally “put out of its misery” and killed off.   This Medium post suggested it was another indication of the return of “adult supervision” at Google.  The idea of a high performance smartphone product with replaceable components sounds compelling but the reality is that the economic and performance aspects don’t add up. It is simply cheaper, faster and more efficient to integrate the hardware: 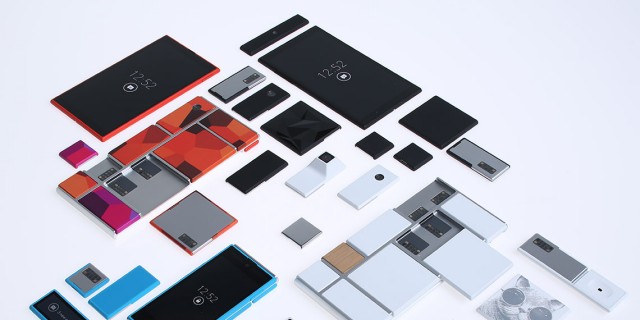 This repo of Deep Learning with Keras iPython notebooks looks handy particularly if you’re interested in how to use Keras to build   CNNs.  Here’s a sample of the writing style: 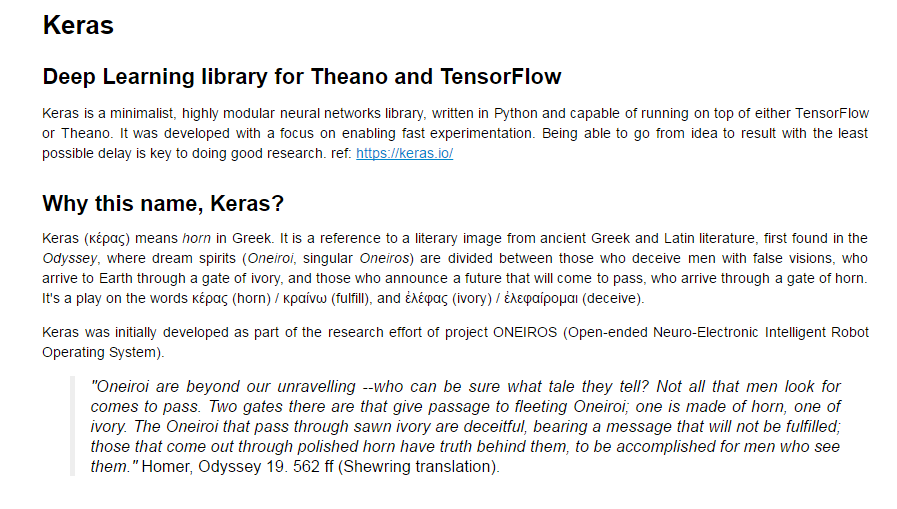 And coincidentally Adrian Rosebrock has written a blog post outlining how to use Keras for image recognition using a model built from the classic ImageNet dataset.  Now you too can use it to correctly recognise a beer:

McKinsey on product growth champions – a sort of Enterprise Growth Hacker type.   It’s all too common to see an overwhelming focus on the now and not enough on the new or next in product companies typically on account of poor consumer insight analytics tools and methods: 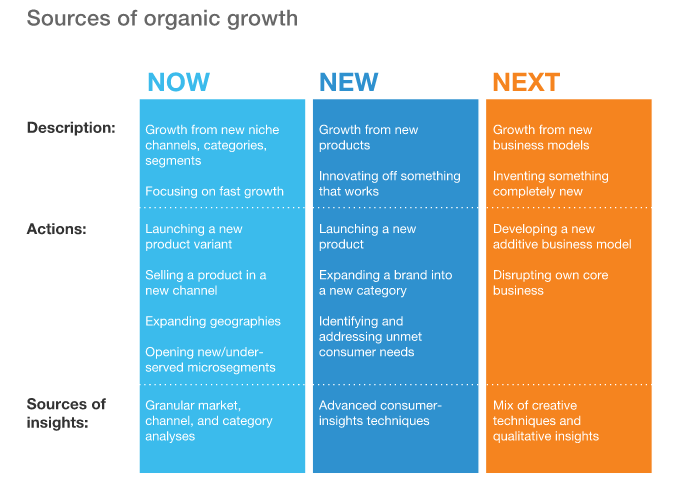 FirstRound on the power of the elastic product team that can be configured on demand to focus on outcome rather than feature:

A lot of people call me and ask how they should structure their product organizations. I always tell them to do it based on outcome. If you do it based on features, then you’re going to be perpetuating those features whether they’re useful or not.

Nostalgia Products Group Head of Design on what’s wrong with UI/UX today contains several excellent usability insights such as this:

Every morning my alarm goes off on my Android phone. As I go to pick up the phone to silence the alarm, the screen starts rotating.   Now I am trying to hit a moving target at 6:30am.  I find little reason to have Auto-Rotate at all, as I would rather be able to invoke it when needed and not every time I move.  The UI designer knew that all smart phones have an Accelerometer (the component that senses motion), but did not account for it.  Personally, I would have made the entire screen the Snooze button and a giant Circle, in the CENTER, the Off.  Then one could hit either with their eyes closed and if it rotated, the Buttons would NEVER move.

Amazon Drive cloud storage could be a genuine Dropbox killer particularly Prime Photos which is another perfect example of the increasingly powerful “Amazon Prime Club” proposition: 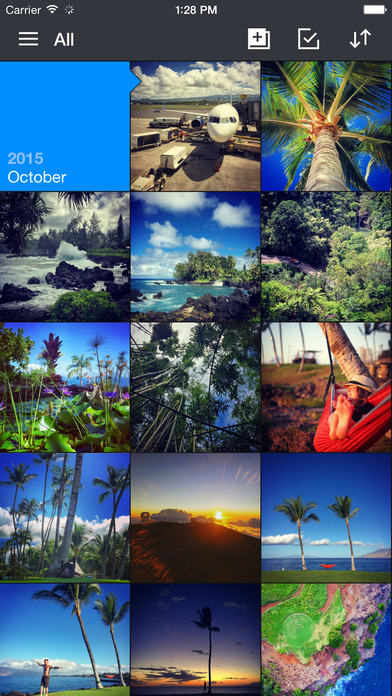 FirstRound post on “how to build savvy push notifications“ provides some superb advice including this guidance on measuring the effectiveness of your strategy:

Quartz on how Facebook’s automated trending bar probably works based on talking to ex-curator staff and filed patents includes this insight:

Weapons of Math Destruction is the fetching name of a new book arguing that “sloppy statistical modeling is punishing millions of people every day, and in more and more cases, destroying lives“.  Looks like an interesting and pithy read:

“Models are opinions embedded in mathematics.”

Appropriately enough, the Guardian ran a piece on the extent to which algorithms “rule our working lives“ examining in greater depth how analytics packages are being used to filter and assess job candidates:

The hiring business is becoming automated, and many of the new programs include personality tests. It is now a $500 million annual business and is growing by 10 to 15% a year, according to Hogan Assessment Systems Inc, a company that develops online personality tests. Such tests now are used on 60 to 70% of prospective workers in the US, and in the UK, according to the Association of Graduate Recruiters, 71% of employers use some form of psychometric test for recruitment.

Amazon are piloting a 30 hour working week option “for select employees“.  It’ll be interesting to see the take-up not least the gender split.

Would a work-free world enabled by automation be so bad?

So, why would a work-free world be so bad in the end? It’s high time we start to work at developing new narratives of how that world may look like. Automation will happen anyway, and we’ll need to look at reinventing ourselves in the near future.

WashPo at Trump again and why win or lose his “poisonous politics” will leave lasting damage.  Meanwhile this long read provides some great insights on why he remains a potent candidate and still capable of winning election.   Chief amongst them is the way that the “King of Shame” has been able (intentionally or not) to legitimise Protectionism not just in the economic domain but in the personal sphere too:

The Labour leader also asked UB40 about life on the road, why they thought this country was so artistically creative, and how they went about writing music. “To be honest,” replied the man who occasionally liked classical, “we do everything arse-backwards.” Mr Corbyn nodded thoughtfully. 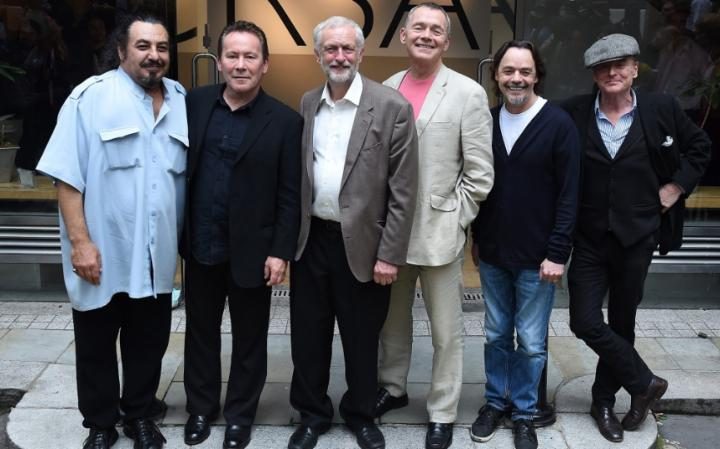 35 years ago they were one of the leading voice of the anti-Thatcher Left that included Corbyn.  Cue excuse for a bit of classical music:

The BBC on the countries that don’t exist including the liminal Narnia that is Elgaland-Vargaland:

“any time you enter a dream, or let your mind wander, you have crossed a border and temporarily taken a trip into Elgaland-Vargaland.”

Wait But Why’s Tim Urban take on marriage decisions is both neurotic and vulnerable: 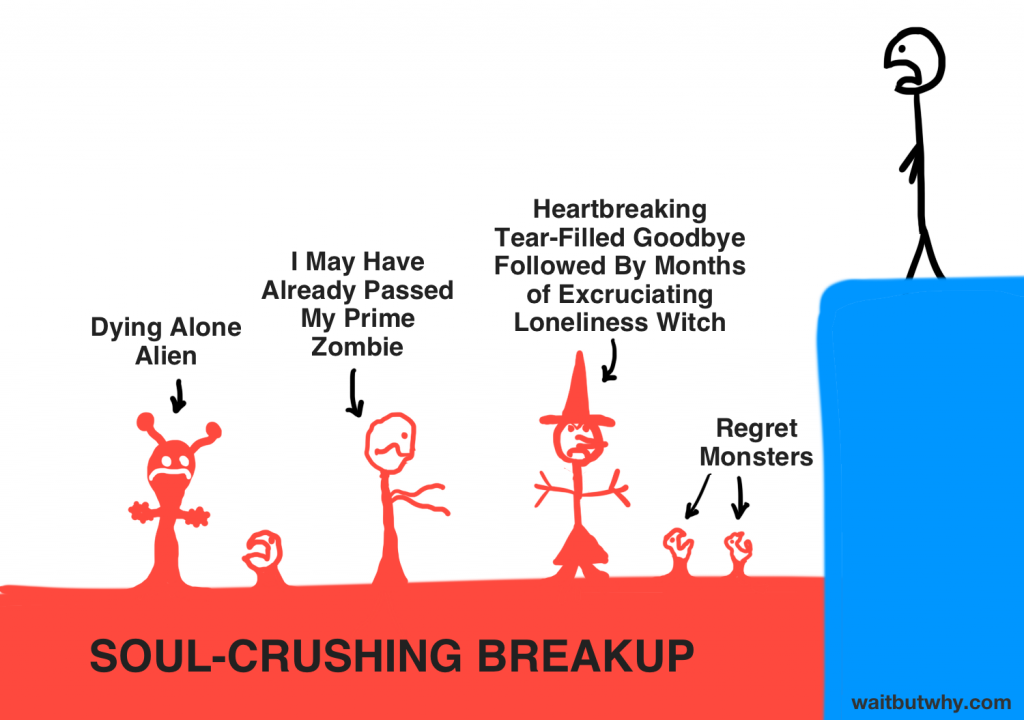