Software startup marketing collateral routinely refers to propositions as being “disruptive” to such an extent that the term has almost become detached from it’s original meaning.   Bharat Ayyar’s narrative explanation courtesy of TechCrunch offers an welcome and accessible reminder of the specific origin of the term in the context of innovation theory.  It refers there to a new entrant undercutting an incumbent from below with a new business model built around a typically much cheaper more basic product aimed at catering to customers who are prepared to tolerate that initial difference.  Much of the ‘innovation’ we are routinely told about is at best of the sustaining rather than disruptive variety.

It is important to be clear on the distinction.  The reason why recent advances in AI and Machine Learning feel disconcerting is in part because they are genuinely disruptive and target human labour.  It’s likely that many of us already know or sense this.  Kevin Kelly, founder of Wired and arch techno-utopian, goes further and posits that this may be the source of the inchoate anger driving Brexit and Trump support:

My take on a lot of the anger, frustration that’s being represented by both the British exit and Trump, is that they’re derived from the fact that we have technological changes, changes in people’s livelihoods. Technology is taking away some of their jobs, and makes it hard for them to find work and have meaning in life. And they’re frustrated, and it has nothing to do with Mexico, or China or the immigrants in Syria. It has everything to do with the fact that automation is coming, will continue to come and that some of those changes will continue to happen.

Kelly references the large number of US truck drivers potentially facing an existential crisis as driverless technology advances. However progress is not entirely to human detriment and this is about more than just driving vehicles.  We are on the cusp of incredible combinatorial advances which will transform lives in so many other ways:

Tilly's first couple of minutes wearing a #bionic hand. Tilly's choosing when to close the fingers and how fast. pic.twitter.com/E53OUBw6Qd

In a curious echo of Captain America: Civil War, Bloomberg interview with DeepMind founder Demis Hassabis reveals him to be an advocate of UN supervision of AGI:

Say you succeed and create a super intelligence. What happens next? Do you donate the technology to the United Nations?
I think it should be. We’ve talked about this a lot. Actually Eric Schmidt [executive chairman of Alphabet, Google’s parent] has mentioned this. We’ve talked to him. We think that AI has to be used for the benefit of everyone. It should be used in a transparent way, and we should build it in an open way, which we’ve been doing with publishing everything we write. There should be scrutiny and checks and balances on that. 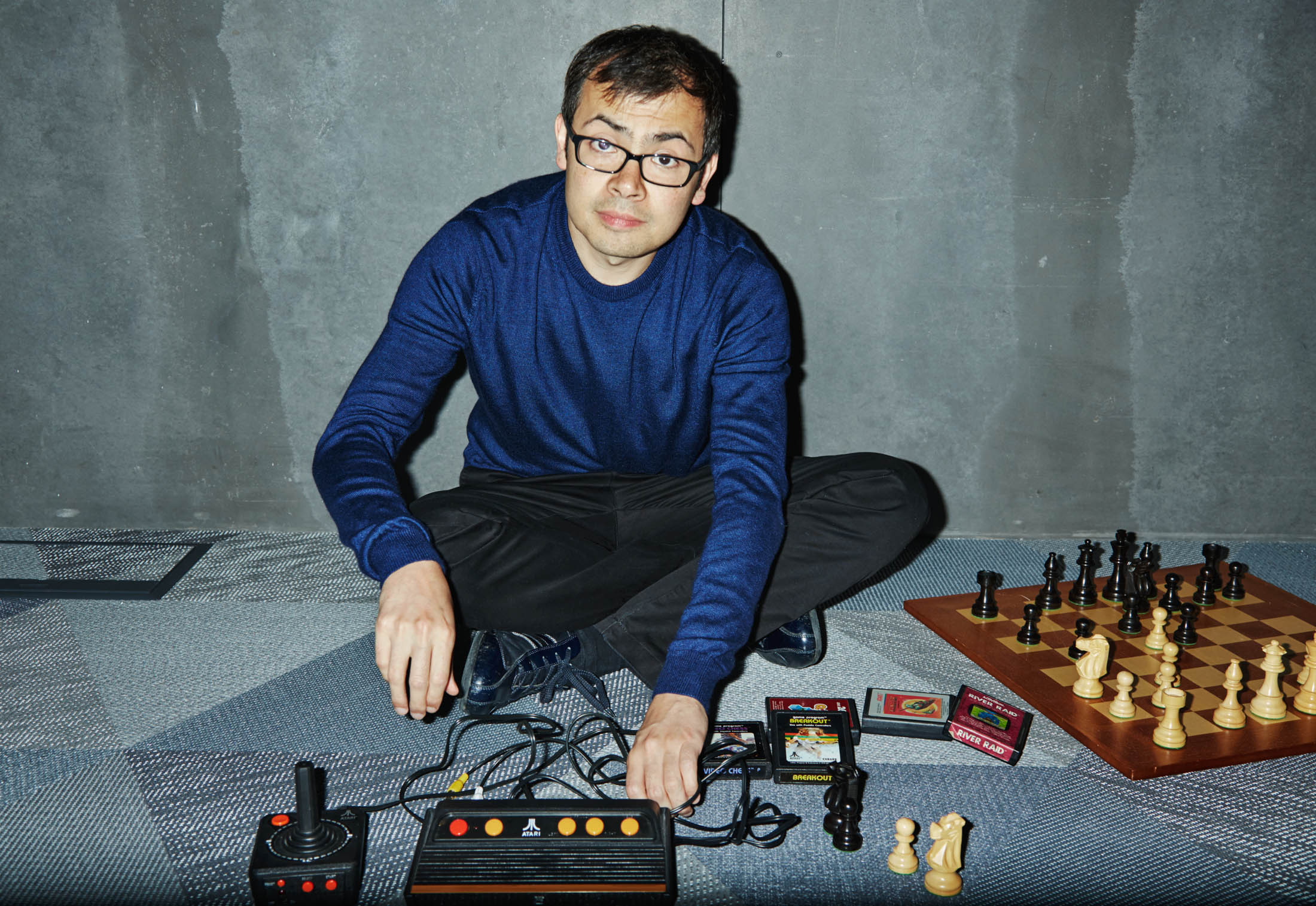 A couple of weeks ago I highlighted a Github repository containing a version of Flappy Bird using Keras and Deep-Q Learning to build a model for successfully navigating the terrain.   This week I found a related repository likewise uses Keras and the OpenAI Gym to play various Atari games using reinforcement learning, a feat that attracted significant media attention for DeepMind a couple of years ago.  It is somewhat involved to set up.  I followed this recipe on top of the Python Keras virtualenv I used last time:

Why sexist bias in data matters in the design of real-world AI systems if we want to work on eradicating it.

The BBC on how connected cars are eroding one of the perceived last bastions of personal privacy:

The insidious part of these systems is that their potential to do harm isn’t as big or scary as a stranger taking over control of your wheel. It’s the smaller, less obvious forms of data collection and tracking that are starting to make privacy experts very nervous.

It’s part of a seismic shift of for automakers primarily at the hands of software-defined disruptive forces.   A primary example being MaaS (or Mobility as a Service) propositions such as Uber and Lyft which represent an existential threat to the incumbents:

The car ownership proposition for most people is silly. Cars are typically driven very infrequently and sit idle for large portions of the day. They require maintenance, insurance and fuel. And that’s not even taking into account the hassle of traffic. Ride-hailing solves all of that and at a fraction of the cost.

Driverless vehicles are another example.  In a clear sign of the shape of things to come, MIT and DARPA have successfully packed a LIDAR sensor onto a single chip.  The opportunities this opens up could be industry-defining:

Our lidar chips are produced on 300-millimeter wafers, making their potential production cost on the order of $10 each at production volumes of millions of units per year. These on-chip devices promise to be orders of magnitude smaller, lighter, and cheaper than lidar systems available on the market today. They also have the potential to be much more robust because of the lack of moving parts. 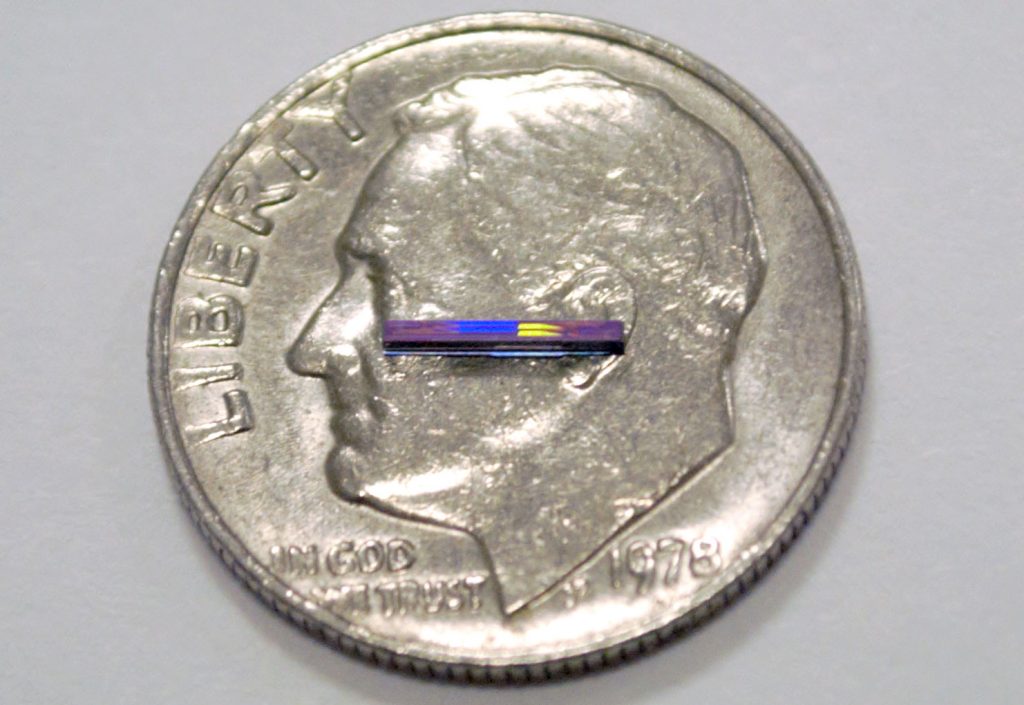 However Osram’s early attempt to enter the “smart light bulb” space only serves to vividly illustrate why so many commentators are worried about the security apocalypse that lies at the confluence of software inexperience and the Internet of Things: 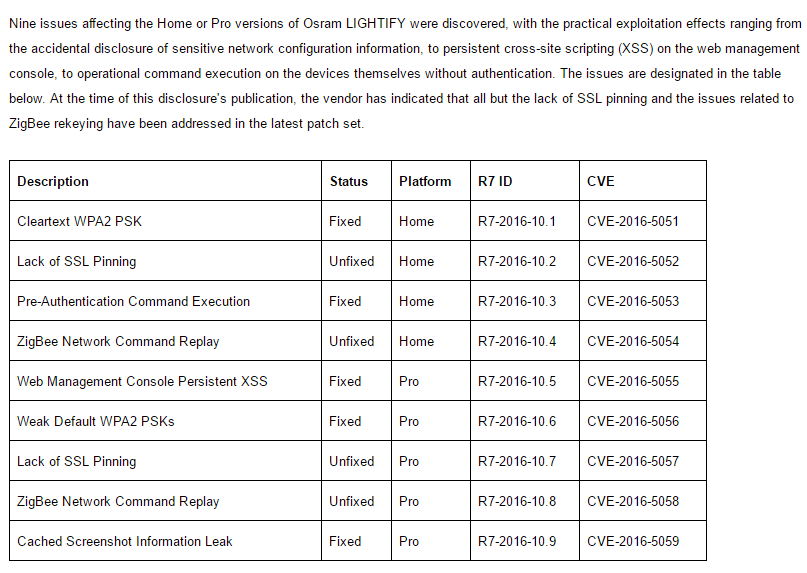 Google’s Fuchsia sounds like it could be their contender for an Android for the Internet of Things.  One assumes they will tackle IoT security in a more comprehensive and reassuring way than many other entrants into this sphere.

NYT on why China is the Galapagos of the Internet – evolution has taken a distinctly different path there and led to a vibrant scene largely isolated from the rest of the world and one which is increasingly the crucible of future tech innovation.   The notion that the world is flat is a common refrain spouted by globalisation advocates but the development of the internet in China stands as an obvious counter to that.   One of the consequences of this separate identity that NYT expand on in a separate post worth reading, is that it is very difficult for a Chinese company to disrupt Western markets and, of course, vice versa.

LeEco is a good example of the different way in which Internet companies are evolving in China compared to the West.  The Verge profiled LeEco and their global ambition including their rising Internet device subsidiary LeTV.  The approximate analogy here would be Netflix branching out into making superphones.   Amazon are arguably closer with Prime Video and the FirePhone but even they aren’t thinking of moving into connected cars as LeEco clearly are. Not content with that, they’ve just acquired US TV manufacturer Vizio for $2 billion.  The sense of overreach seems palpable:

the company started in the realm of video content, and looks to differentiate itself through entertainment. It’s invested in creating and licensing content like movies, sports, and music, and also owns the means of distribution — where it goes further than most entertainment companies is in creating the hardware that the content is consumed on, too. 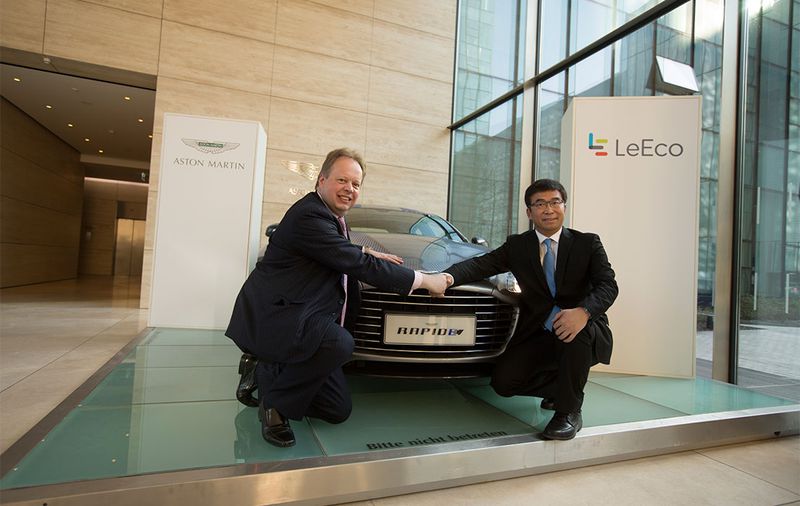 Especially when you consider Xiaomi’s tech reprise of the fall of Icarus in the shape of its Q2 figures where the company “just saw a 38.4 percent drop in smartphone shipment volumes in China“.

This post courtesy of the company founded by usability guru Jan Chipchase, the “Indiana Jones” of the field, profiles a mobile ethnographic study conducted on the ground in Saudi Arabia.  It provides some fascinating insights into how mobile usage in a country where privacy is the norm differs from the West:

Figure your stand-up lasts twenty minutes. Then the developer time it occupies, including context switching, is one hour per developer. Suppose your team has eight developers: then a single twenty-minute daily standup occupies eight hours a day of developer-time … in other words, is equivalent to an entire person sitting around doing nothing, ever.

The UK Government Digital Service (GDS) has long been seen as a lighthouse agile initiative within a broadly conservative state Big IT setup.   GDS has been notable for exuding a trademark chippiness which has been a hallmark of their external presentations over the past few years.  There’s always been a sense that eventually the unit would overreach itself and bite too much of the hand that feeds IT.  If this post is to be believed, it seems that time has now come.  If so, the episode offers a cautionary tale for those who would seek to disrupt traditional Enterprise organisations:

“it sounded smug and it ruffled feathers, especially amongst the IT community long fed on lengthy contracts with heavy-duty suppliers.” 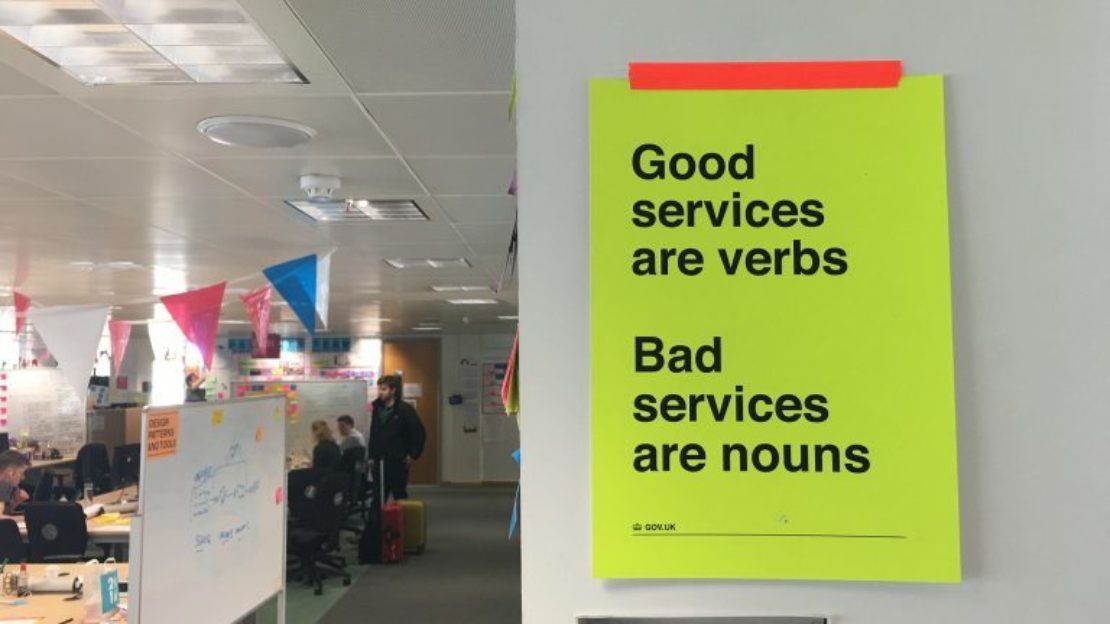 Excellent and insightful post explaining how to build a high quality interactive geospatial data visualisation from the ground up using a combination of Python and JavaScript, specifically pandas, Flask, D3.js, DC.js and Leaflet.js:

This list of “top 30” Python interview questions covers a number of bases but seems susceptible to cramming rather than genuine understanding.   A key Python construct covered in passing in the list that you will encounter in a real world interview anywhere good are generators.  This O’Reilly post offers a useful guide to why they are important in particular for translating data streams.

Smolder looks a very interesting option for rapid development of web service test code.  Billing itself as “Requests for humans” it essentially provides the kind of functionality you can access via the Python requests library via a YAML configuration file.   Another open source project attacking the same space is the command line tool httpie which offers a “user-friendly curl replacement with intuitive UI”.

I was hoping Donald Trump would stay out of the blog this week but the fallout following his “Killing Joke” controversy put paid to that. Irrespective of whatever he meant in relation to the Second Amendment folks, the confusion and chaos his words created ought to make all American voters stop and think of the danger of electing an unserious president in very serious times.  With every passing day of the campaign he seems to cleave closer to the Putin end of the political spectrum.

Putin's followers often "joke" about opposition leaders being killed. Posters with crosshairs, etc. Then they are murdered and it's no joke.

Brexit and Trump have helped highlight the increasingly important role that social media plays in forming and influencing political opinion.  As highlighted earlier this year, it is also helping create virtual echo chambers in which like-minded individuals reinforce entrenched positions without having to really address respectfully contrarian voices.  This is the most profound point made in an important post from the World Economic Forum which suggests that your social media feed is arguably “the biggest threat to democracy“:

r diversity and availability of digital content implies that people may choose to only consume content that matches their own worldviews. We choose who to follow and who to befriend. The resulting echo chambers tend to amplify and reinforce our existing opinions, which is dysfunctional for a healthy democratic discourse. And while social media platforms like Facebook and Twitter generally have the power to expose us to politically diverse opinions, research suggests that the filter bubbles they sometimes create are, in fact, exacerbated by the platforms’ personalization algorithms, which are based on our social networks and our previously expressed ideas.

This means that instead of creating an ideal type of a digitally mediated “public agora”, which would allow citizens to voice their concerns and share their hopes, the internet has actually increased conflict and ideological segregation between opposing views, granting a disproportionate amount of clout to the most extreme opinions. 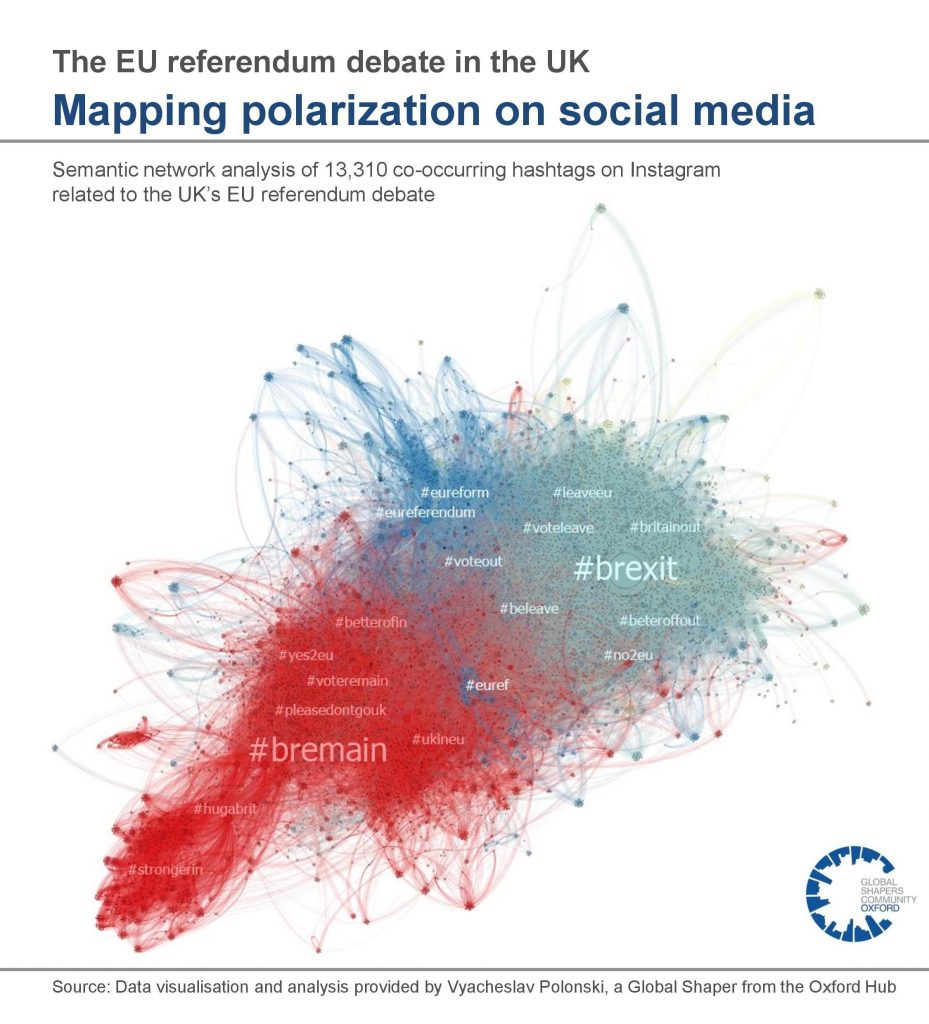 A good example of non-overlapping echo chambers are the two broad camps facing each other in the Labour Party leadership contest.  Owen Jones’ reflective post tries to occupy the space in between.