Pick of the Week – Analyse This

This self-referential post analyses the contents of all the roundups published in this blog over the course of 2014.  It’s intended to demonstrate how you might go about extracting and investigating web page text from the command line in order to glean insights about it without recourse to an industrial grade crawler and Hadoop cluster.  One of the insights gained from gathering raw word count alone was that there’s probably way too much being published here each week!

“We are not blind to the bigger Asian players, who have size advantages and much lower cost levels, which are some of our main problems”

“The component manufacturers are now making proof of concepts that almost encroach onto the manufacturers and some brands are going straight to component makers. For the tech enthusiast these might be undifferentiated or even poor products, but for many they serve the purpose at least in the short-term.”

“big dreams not only for the YotaPhone 3, but for a whole range of devices that use low-power e-ink screens to provide relevant information wherever and whenever you need it.”

“Now, when you load a navigation route inside the app, you’ll notice a new “Share directions” option appear in the menu. The feature automatically creates a numbered list of text directions and attaches a link, which can then be shared via any compatible app on your Android device.” 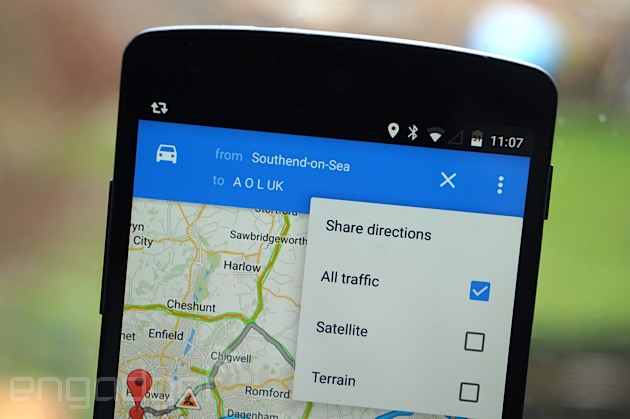 “a voice tool that makes it easier to have something resembling a natural conversation with a person using a different language by translating between two languages, using the microphone on a smartphone [and] a visual translator. People can place signs or other text in a phone’s viewfinder, similar to the way they take a picture, then receive an instantaneous translation on the screen.”

“we can expect the Spiral 3 to “match or exceed the functionality of a state-of-the-art smartphone today” with 20 to 30 third-party modules available for developers to tinker around with. On top of all that, the new prototype should feature day-long battery life, though Eremenko allows for a single battery swap to get users through the day. Throw in a high-end camera and support for 4G LTE connectivity (a big step from the 3G-only service the current prototypes work with) and you’ve got Google’s vision of its new prototype in a nutshell.” 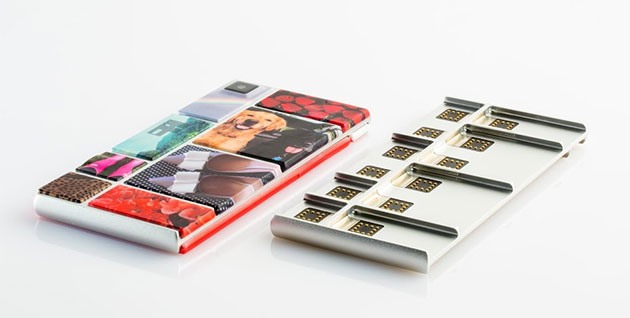 “each Ara device has three distinct physical layers (the endo, modules and external shells) that can be tweaked and customized to a user’s liking. While using the Configurator app, people will (theoretically) be able to sift through the Marketplace for new modules and save really neat ones to their so-called Stashes.”

“Now, when you look up a brand, you’ll see links to its social profiles provided right through its information card.”

“we are still exploring what kinds of communications and sharing you can do with a platform that’s a lot more sophisticated than the desktop internet model of web browser + mouse + keyboard. A lot of this is about innovation in behaviour and psychology – social science, not computer science. Hence Snapchat, Secret or Yik Yak (or before them the Facebook News Feed itself) are about finding new behaviours, not new technology. In a sense this is a branch of media, not technology, and there may never be just one answer. I suspect voice will also be an area for innovation.”

Adam Najberg, WSJ’s digital editor for Asia, said, “We’re engaging with people on platforms where they spend a lot of time. We’ve become part of their conversations. It’s not about being a first mover. It’s about being a trusted provider of fair, accurate, timely and interesting news content. We’d ultimately love to have the hundreds of thousands in our new messaging platform audience become loyal subscribers. Talking to and with them on Line and WeChat is a huge first step”

“meld the best of Facebook groups, Twitter, Yik Yak, and Reddit to create a social media app that’s local to wherever a user is based. They can post text and photos related to anything in their area, such as events, stores, or news. “ 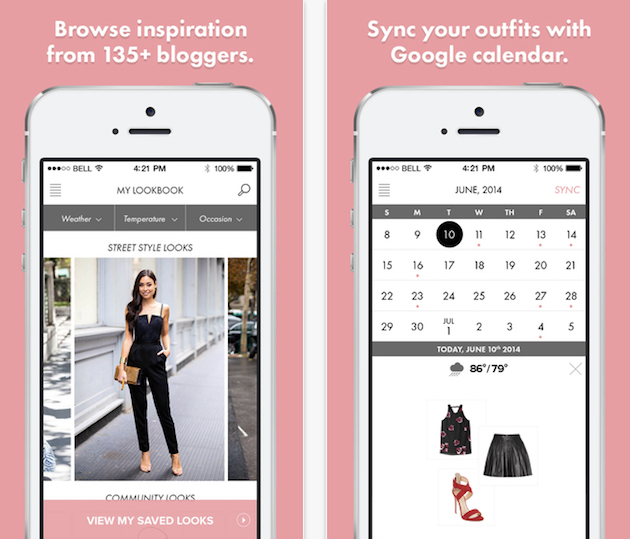 “Like the big metal containers that can move from ship to ship to truck without being opened, software containers ship applications across different “cloud computing” systems and make it easy to tinker with one part, like the products for sale on a mobile application, without worrying about the effect on another part, like the big database at the heart of the corporate network.”

“APIs can attract blockbuster complements.   Early adopters will be able to significantly expand their revenues by discovering and joining forces with blockbuster complementors. One case in point is Twitter. In its early days, its user interface was not good enough for regular users. As a result, it floundered for a while. Then TweekDeck, a third-party developer, built a better user interface on top of the Twitter engine. This ultimately led to an explosion in Twitter usage.

APIs are the windows to new ecosystems. APIs allow firms to expand into markets they may never have previously considered. .. there are multiple ways APIs can generate growth for companies. While many may see APIs as just a technical concept, they clearly overlook the rising strategic significance of APIs. Particularly with the internet of things bringing digitization to all kinds of products and services, the influence of APIs is growing far beyond technology firms. All CEOs may soon need to find ways to align APIs with their growth strategies.”

“the key to understanding Xiaomi [is] they’re not so much selling smartphones as they are selling a lifestyle, and the key to that lifestyle is MiUI, Xiaomi’s software layer that ties all of these things together.” 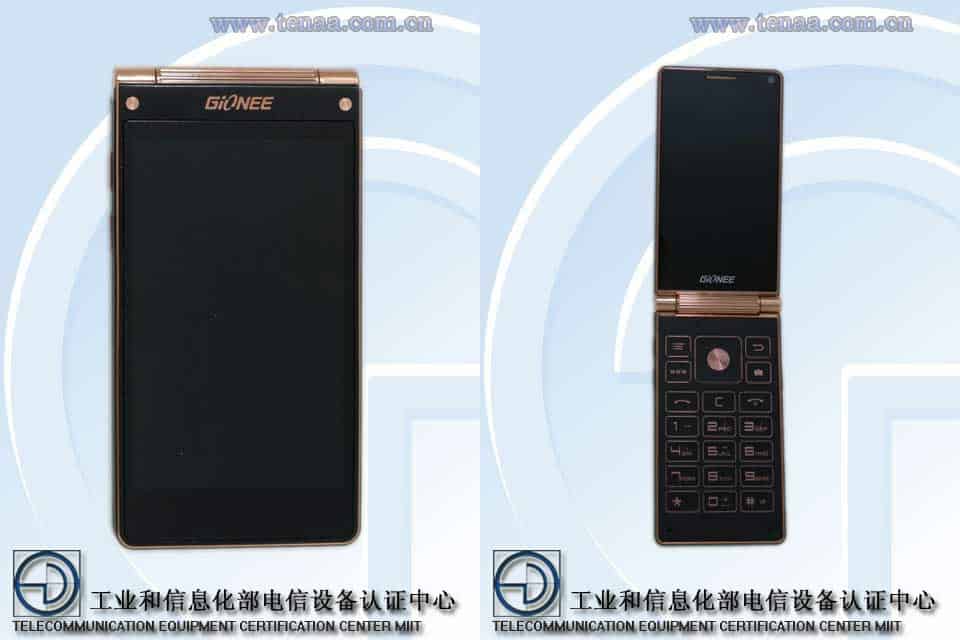 “The made in China e-cigarette had malware hardcoded into the charger, and when plugged into a computer’s USB port the malware phoned home and infected the system.” “it’s not a charger at all. It’s actually a little spy device disguised as a phone charger, capable of sniffing out every key you type on that wireless keyboard on your desk. Oh, and it can send the stuff it picks up straight to the eavesdropper’s phone. Oh! Oh! And it’ll keep working even if you unplug it — it only pretends to turn off.”

“CISOs have one of the hardest jobs in the world these days, especially as the traditional perimeter-based approach to network security rapidly loses its relevance. Enterprise security has changed because the enterprise has changed, drastically so.  Simply put, this new era of computing requires a new approach to security. “

“the programmers came home one day to find a shipment of 10 ecstasy pills, followed by an apparently very legit falsified Hungarian passport– developments which have left some observers of the bot’s blog a little uneasy.”

“The Withings Activité Pop is the device you should be looking at if you want an activity tracker. Those with more demanding needs are better-served by always-on heartrate monitors and dedicated fitness GPS watches, and anything in between is pretty much worthless feature creep. The wearables market has long seemed like a space struggling with its own identity, and Withings may be the first company to have found a formula suitable for the general buying public, especially when it comes to activity tracking in particular.”

“The amount of energy that can be generated is rather small, ranging from one to four milliWatt (mW) when a test subject is travelling at 5km/h on solid ground.  Although it couldn’t produce enough energy to charge a smartphone, which would normally require 2,000mW, the devices open up new possibilities for sensors and other devices. “ 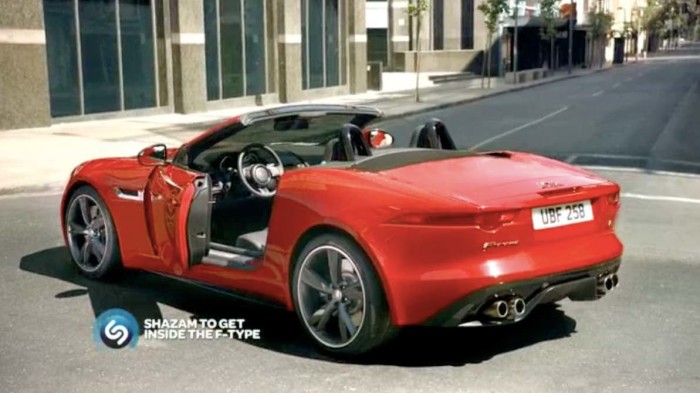 “Mobile devices are a major driver of the “now” economy because they enable brands to capture impulse. … Shoppers today are constantly bombarded with marketing messages and have come to expect instant gratification. This means brands only have a few seconds to bring customers from passion to purchase, but in this mobile-first world, that is all they need.”

“I don’t think of Uber as a force that dis-intermediates—as we olds used to say—transportation, but one that creates value for itself, its drivers, and its users, by developing a new layer that integrates them all with maximum utility. A very talented developer once told me that the secret to a world-beating service like Dropbox was to make something very, very complicated seem devastatingly simple. To me, uberizing meant trapping a series of innovative processes—phone-enabled geo-location, payments and driver management and distribution—into an app-accessible service.” 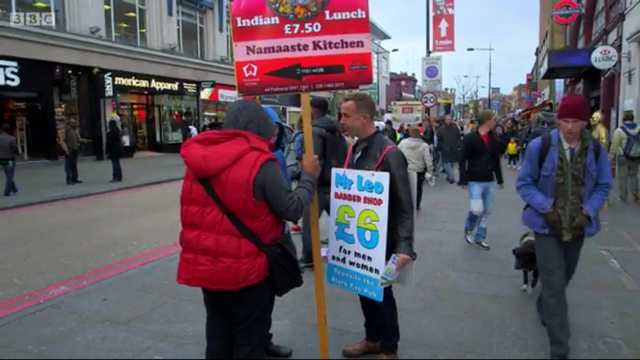